Last year, as I was worked on the red-point ascent of the route End of Silence I often stared into a big overhanging dihedral and imagined how incredible the climbing would be. In May, after the lockdown, I spent two days by myself with binoculars below the steep walls of Reiteralm. I spotted a few interesting lines that are still waiting to be climbed but the one on Hinteres Feuerhörndl attracted me the most. 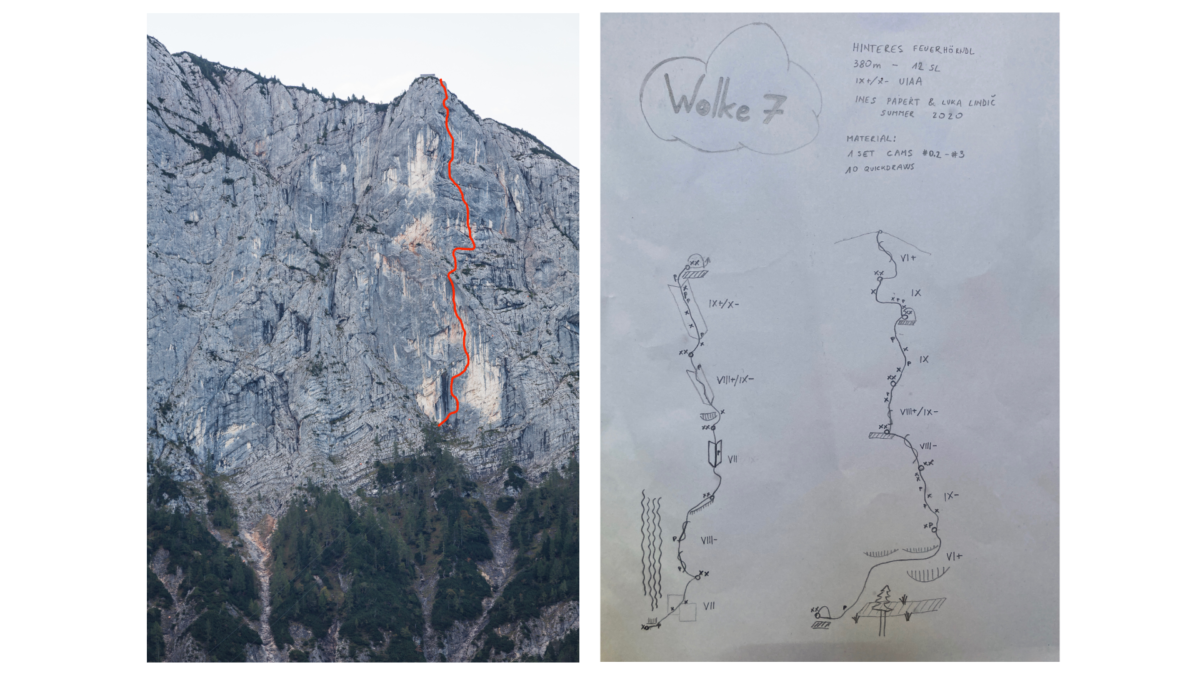 Back home it was easy to convince Ines to start working on the first ascent.

This summer’s unstable weather made our plans change often, but luckily, we can practically see the wall from our hometown, so it was easy to keep an eye on the conditions. In alpinism I often seek the unknown and uncertainty. It was a great contrast and a fresh new experience not knowing every corner of the mountain this time. So, when the rock was dry enough, we forged our line following very logical crack systems meter by meter from the ground up. It was eye-opening for both of us but even more so for Ines, living here for more than twenty years, to see what the local mountains have to offer if one is prepared to explore. 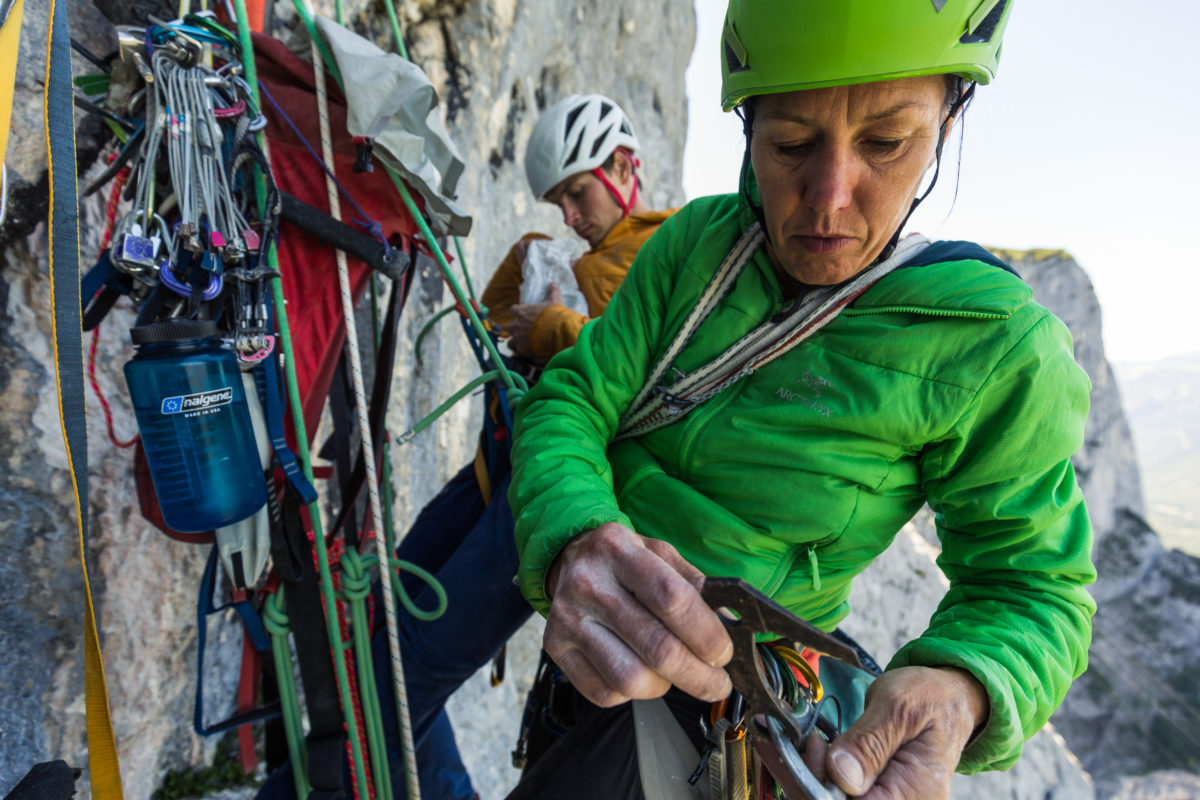 Disappointment over cancelling our trip to Alaska dissolved sooner than our route was finished and we started to really enjoy the opportunity to be home, tackling this local project. When we were up in the mountains working on our route, life felt normal. Back in town we faced new rules and regulations on a near-daily basis, as well as news about tension, chaos, and violence coming from all over the world.

Despite all this, we kept our spirits high and decided to get married in Bad Reichenhall from where one can clearly see the walls of Reiteralm. With this backdrop the name for our new route was born—“Wolke 7”, the German word for cloud nine.

Soon after the first ascent we started to work on a free ascent. The juggle with rain and wet rock continued but on the second day of playing on the route, I managed the fifth pitch. Ines tried hard too and made good progress but wet holds in the crux were too big of an obstacle. I managed to climb the whole route that day, despite a big fight with heat and dehydration. Being unprepared for such a long day it was a relief to make it to the top. 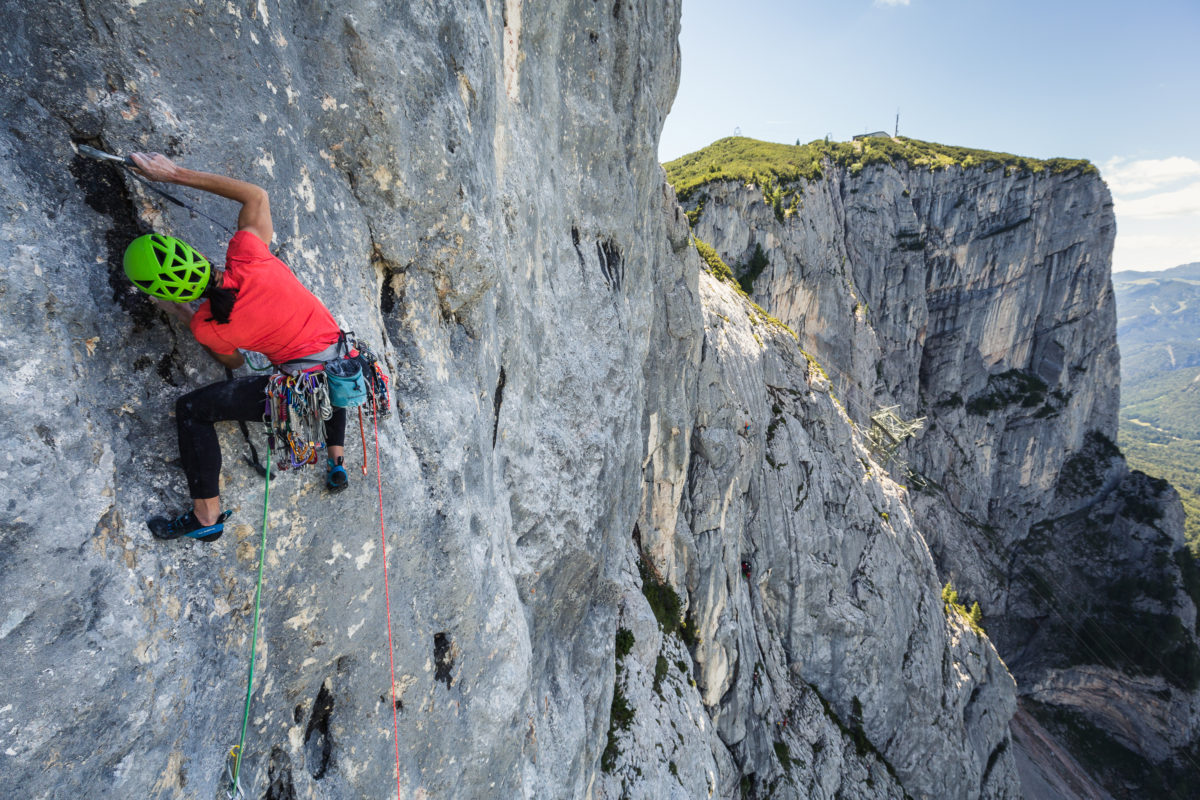 A violent storm arrived just moments after I climbed the last meters to the summit and felt symbolic to the storm of mixed emotions between the two of us to. I noticed Ines was disappointed and felt somehow left behind. Strong rain and wind forced us to hide ourselves in a small niche in the middle of the wall during the rappel.

The lightening felt troubling, so we hung all the metal pieces of equipment as far away as possible and snuck even deeper and closer together in the small niche. Unnecessary frustrations and bad feelings cooled off and disappeared with the fresh wind.

Half an hour later it was over, and the sun came out again.

On a microscopic level it felt similar to the global shutdowns we experienced this spring. It forced us to slow down, be close together with intense feelings and realize that happiness is only a product of our expectations. When we pulled the ropes after our last rappel in the warm evening sun, we were both smiling again. The free ascent may have snuck away from Ines this time, but she is motivated to try again next year. 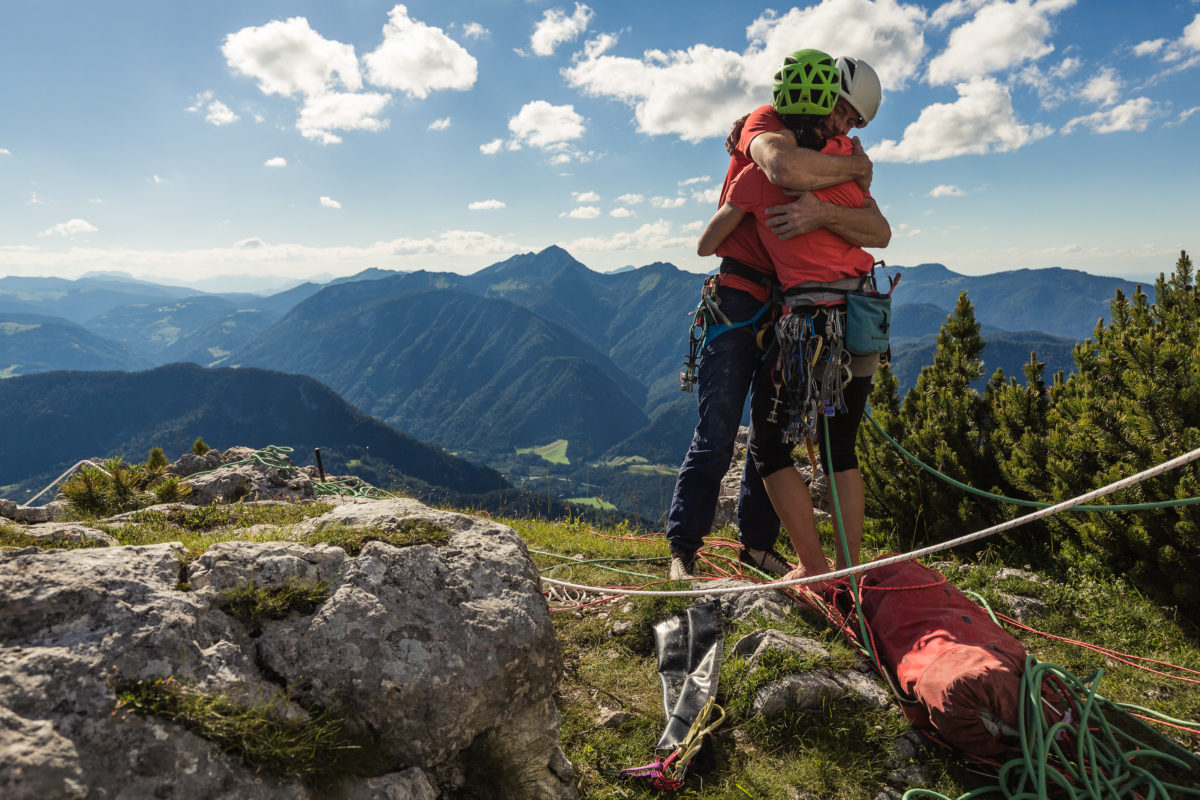 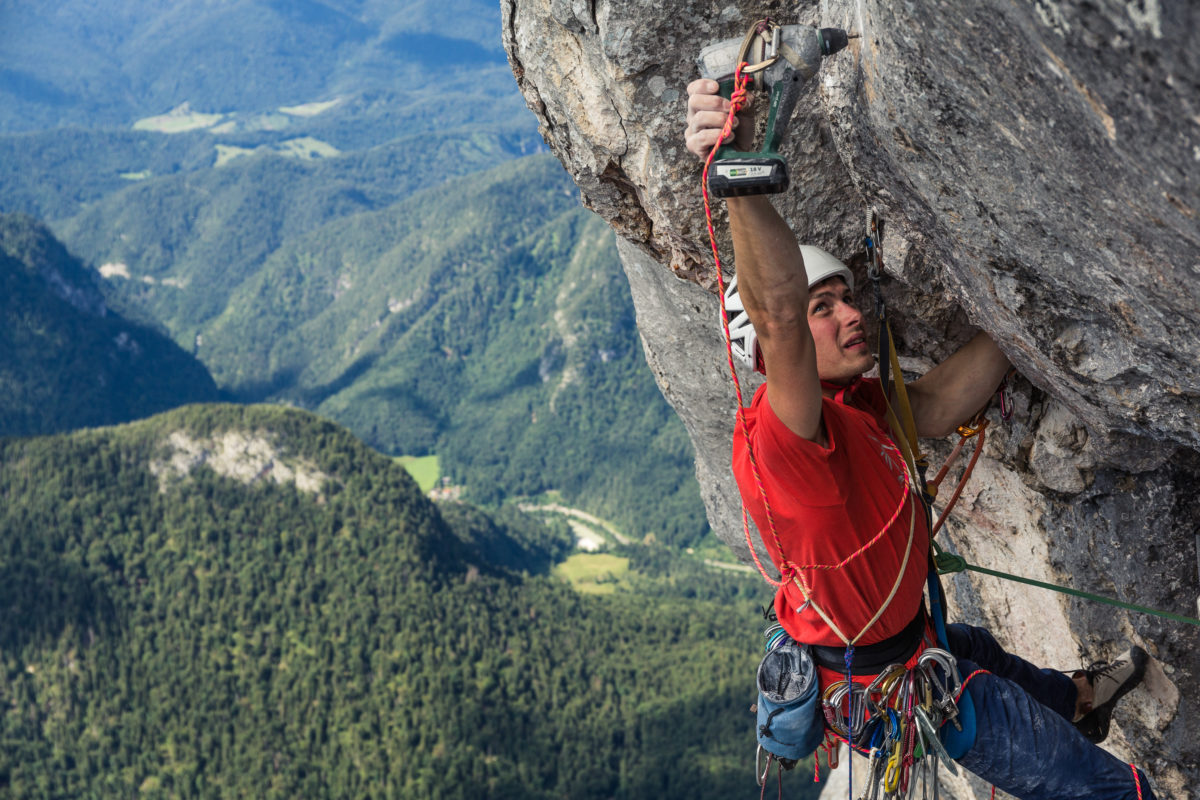 While opening the route we followed the style of other difficult routes on this pillar by using traditional protection as much as possible and bolts only where necessary. Next to all the belays that we equipped with two bolts we only placed 17 bolts in 12 pitches. One of these bolts we placed as an additional measure after the first free ascent in the 11th pitch, to lower the risk in case the flake one needs to climb broke off. We also left in place all the pitons that we used so the repeaters only need to bring a set of cams. In saying this, it’s important to note that one needs to know how to place the cams well in limestone to stay safe in this route.