The film Not Alone documents Arc’teryx athlete Sarah Hueniken’s intense journey from digging her close friend out of a fatal avalanche to finding new reasons to live and love again. How do you move forward after losing a friend throws your career as a guide and belief in yourself into question? Hueniken finds the answer in the challenge of climbing three wild, remote and difficult routes in a day, and then founding a group, the Mountain Muskox, to help others move forward together after mountain trauma. In helping others, she finds herself, and with help from the Muskox group sets out to change the dialogue around mountain accidents. Arc’teryx is proud to support Mountain Muskox with a donation for World Mental Health Day.

When Sarah Hueniken lost her close friend in March 2019, her grief was compounded by guilt, shame and a pressure to provide answers. The reflex, after accidents in the mountains, is to identify a reason the risk-meter tilted unfavourably that day. The Canmore-based ACMG guide and examiner, 47, has been climbing and guiding for 25 years. While the need to analyze the accident, and lay responsibility with someone, makes a primal kind of sense– we all want to believe risk is manageable and that we can keep it at bay by good decision-making – for Hueniken, it proved unbearably isolating. The models and practices she’d reliably used for 25 years had not helped that day. She couldn’t have felt more lost. In the film, Not Alone, premiering October 31 at the Banff Film Festival, Barry Blanchard names this phenomenon, without hedging. It’s one of the greatest dangers for guides when someone in their circle is killed in an avalanche: A lonely shame spiral, on top of the grief, that drops them to rock-bottom. And rock-bottom is a place that some seek to escape by ending their own lives.

Her own personal experiences of loss through suicide motivated filmmaker Heather Mosher to be explicit about this concern, as she followed Hueniken through the two dark years after the accident. It’s like there’s a code surrounding death from suicide, reflected Mosher. You have to have been affected to understand what’s not being said. “We don’t talk about it. We don’t even know how to support somebody who’s going through it. It’s dark and it’s dangerous and yet, it’s a normal feeling, and we have to acknowledge these things if we’re going to do better about them.” 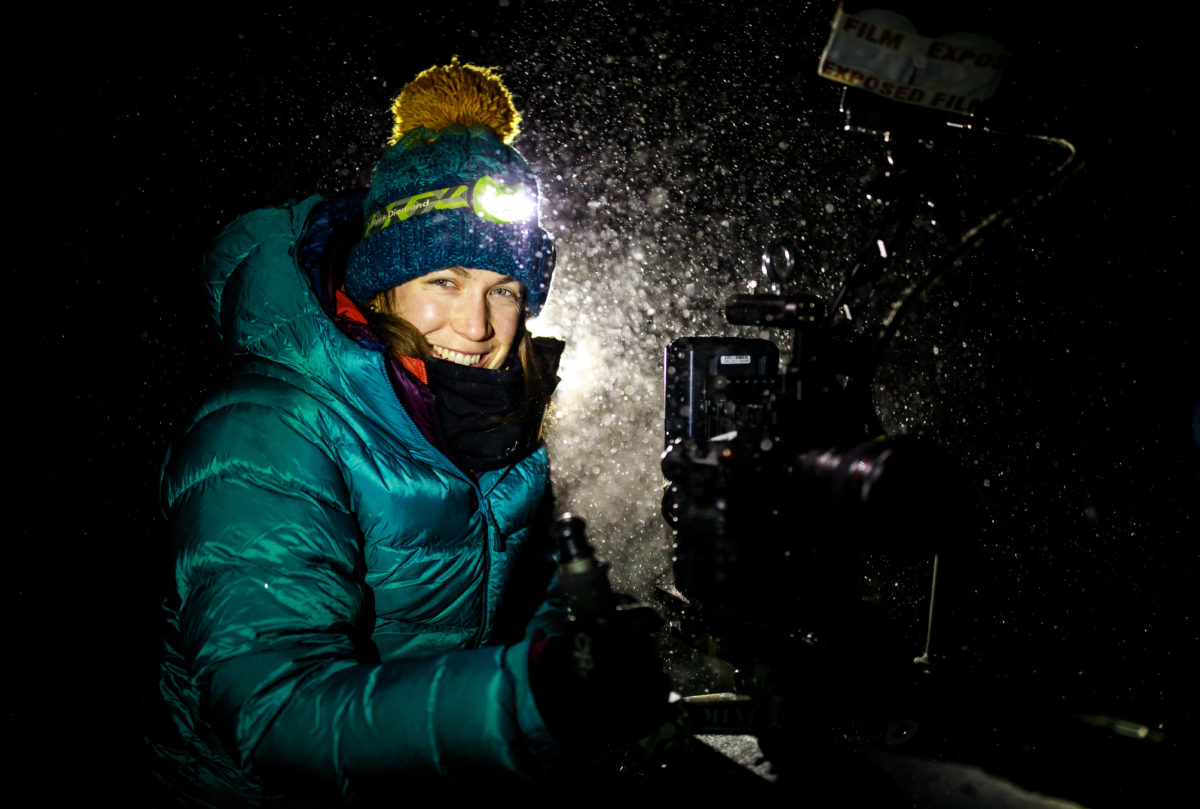 Sarah Hueniken had devoted her life to climbing. She’s the first North American woman to climb M11, M12, M13 and M14, has established first ascents around the world, and made headlines this winter when she sent every climb in the gnarly Haffner Cave in one day. She moves in a way that seems to defy gravity. She’s not afraid to emote, either. That’s something that drew Mosher to her long before they’d met – she had bookmarked a post Hueniken wrote on big feelings and climbing, on not being afraid to kick at the wall, or have a cry. Grief, however, unleashed levels of emotion that Hueniken wasn’t prepared for. “This has not been something I could control.”

Hueniken started offering female-only mountaineering courses with another guide fifteen years ago. Sonja Findlater, an occupational therapist from Calgary, was one of her first students. A non-stop learner with a warm, welcoming way, Findlater became one of Hueniken’s dearest friends. She encouraged Hueniken to put on more alpine camps and later, ice camps for women. Findlater would be the camp manager. “She brought the magic that let me just focus on the climbing, the logistics,” says Hueniken. “A group would become a family instantly because of Sonja. I always told her, I would never do these without you.” 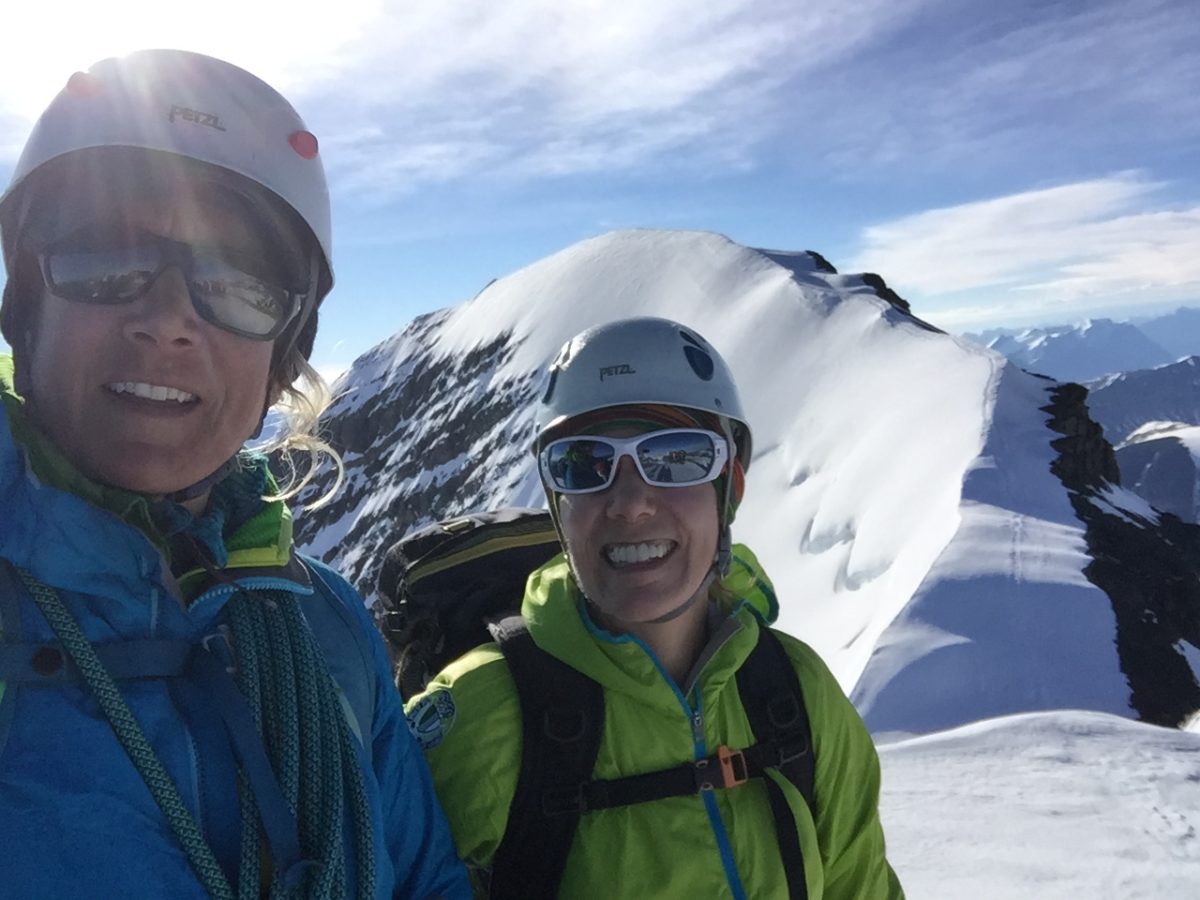 Their friendship deepened over the years – they’d mountain bike together, take skate skiing lessons, hike, chat. In March 2019, Findlater had just defended her PhD thesis in neuroscience, and was climbing with one of the guided groups on the ice camp, when an avalanche buried her and very nearly one other in their group. It seemed unlikely in a “moderate, low, low” rating, and was the only avalanche to come down the entire season. Hueniken, who had been guiding elsewhere, was driving back when she saw the avalanche’s powder cloud. She called to alert one of the guides guiding the route, initiated parks rescue and raced to the scene with shovel and probe. Findlater did not survive.

What Hueniken learned, when she tried to bear the regret for the accident, is that it is simply too much for any person to carry on their own. “I felt like I had to wear my shame like a big heavy cloak, so everyone could see.” Trauma takes its toll on the body. It rewires the brain and the nervous system. A person can get stuck in that loop and pay a huge price physically.

“It consumes you so much. 99% of my brain. Every day, every moment. And my brain wanted to try and figure out exactly how it happened, why it happened, and what was my role, what was their role, and put it all into a neat box with a nice take-away for everyone. I finally realised that it’s not going to happen. You can’t just keep wading through all that forever and ever. You’ve got to figure out who you are, and how you’re going to live with this, and what you’re going to do next. That’s the process and it’s ongoing.”

She didn’t find her way through on her own.

She turned back to climbing, almost experimentally. Always motivated by curiosity, she sought to answer the question of whether there was still a place in her life for climbing, if she could trust herself and others again and ask for help. The goal of linking together three hard climbs in the Ghost River Wilderness Area, climbing Cryophobia (M8+), Nophobia (M10+) and Hydrophobia (WI5) in a single one-day push gave fuel to the curiosity. Training gave her a focus, and forced her to reach out to friends and climbing partners to climb with her. She invited Mosher to document it, adding to her accountability. 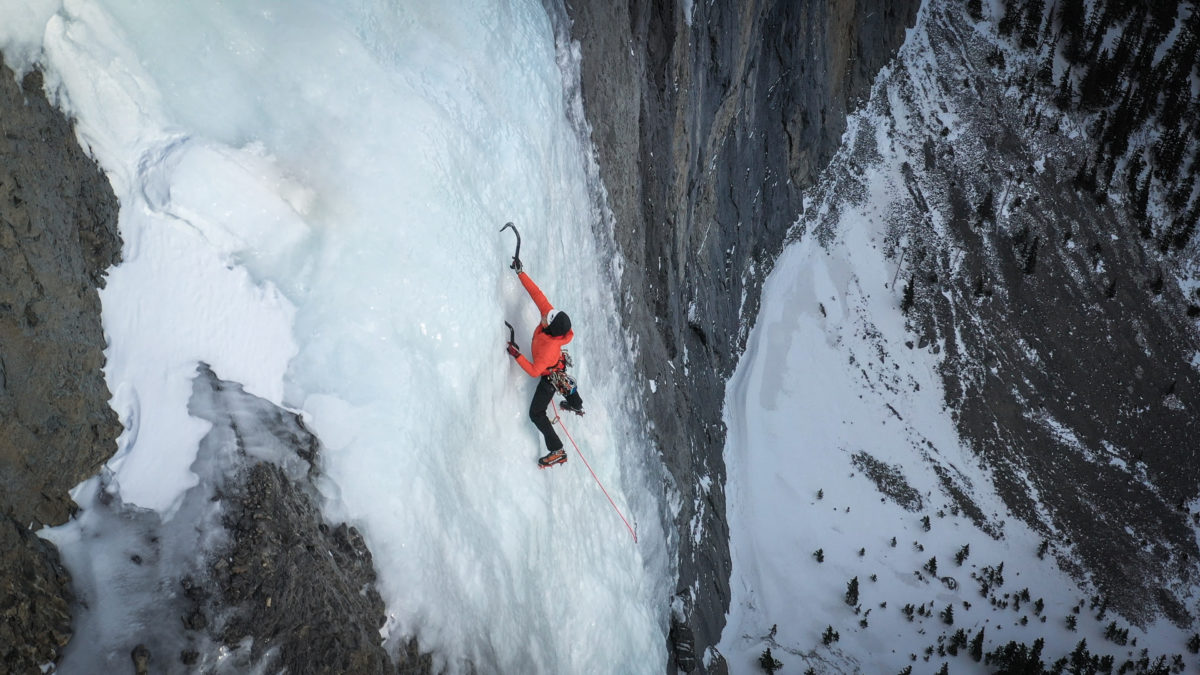 But what proved to be particularly helpful was to be part of the establishment of Mountain Muskox, a peer support and mentoring circle, for mountain community members who have experienced critical incidents.

“Muskox actually form a barrier or shield in front of their young or their wounded or their weak to protect them. When you’ve experienced trauma or grief in the mountains, you do need to be looked after and held close by your community. The negative self-talk, regret and doubt can be constant and irrepressible. It can be really lonely when you suddenly don’t feel at home in the mountains or in your community. For me, the Muskox let me feel like other people understood what I was feeling and in that understanding, I didn’t feel as isolated. I didn’t have to explain, I didn’t have to be always wearing my emotions or my cloak of Shame. I could just be myself, and be welcomed, be accepted.” There was enough safety to start letting the trauma move. 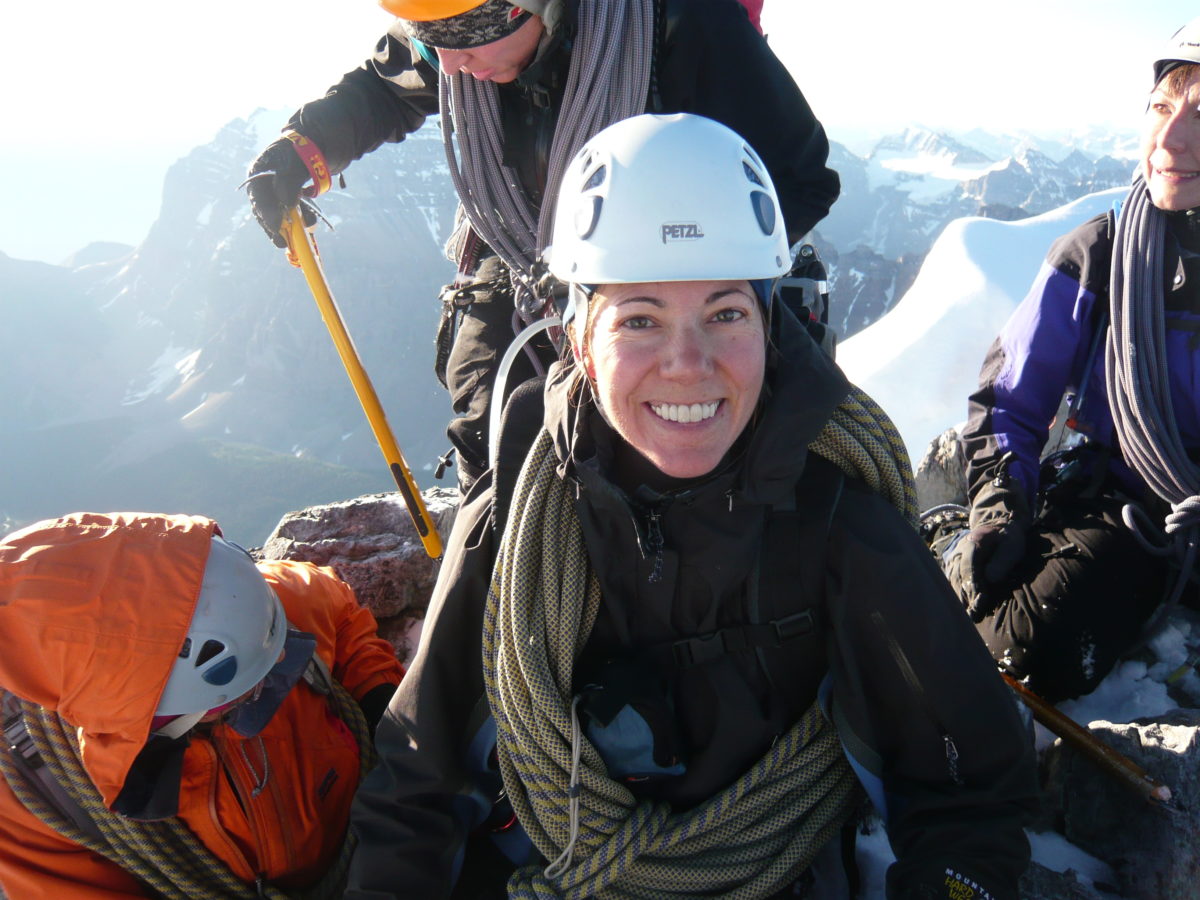 It’s hard for Hueniken, days before the release of Not Alone, to know if the film is also part of the medicine. Findlater’s family has seen the film and hope it can help others – having their blessing was imperative to Hueniken. However, she’s still apprehensive about how it will be received. But her driving force, in addition to honouring Findlater, has always been to offer something of value to other people who have experienced grief. To give some kind of hope that there’s a place after rock-bottom worth moving towards.

Hueniken is reluctant to speak for Findlater, so when asked if she thinks her friend would be proud of her, she is hesitant. “Sonja was always such a cheerleader for everyone. I know she’d be cheering me on, for sure. I definitely do everything with the hopes that she’d be proud of what I’m trying to do.”