Forrest Coots and Chad Sayers recently returned from a road trip down the backbone of California for a week of climbing and skiing in the Range of Light, the High Sierras – a place where the sage brush gives way to the 14,000ft Sierra Crest.

Relive the road trip through Forrest’s stories behind Jason Thompson‘s photography below. 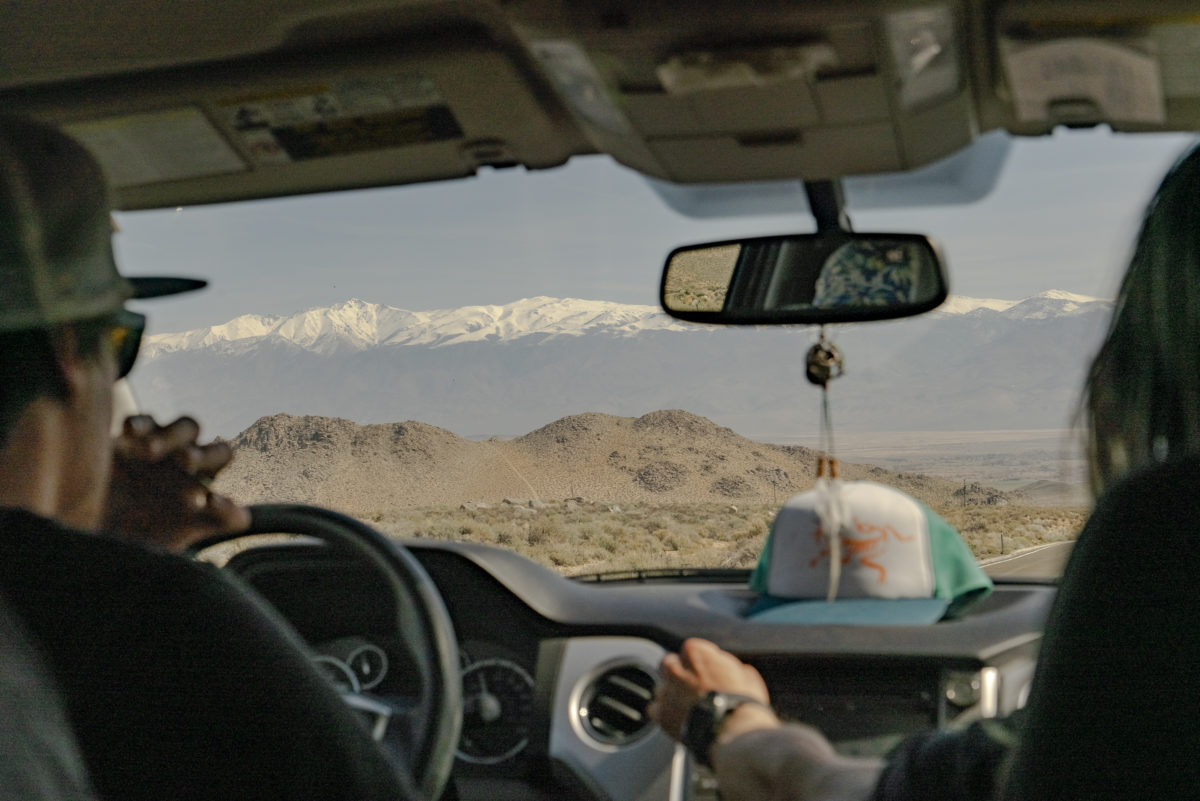 The open road. Highway 395 rolling south is where the high desert meets the high mountains of the Sierra Nevada Range.  California’s Sierras have been blessed with an above average snow pack this winter, so phone calls were made, plans were hatched, bag packs and we hit the road south. 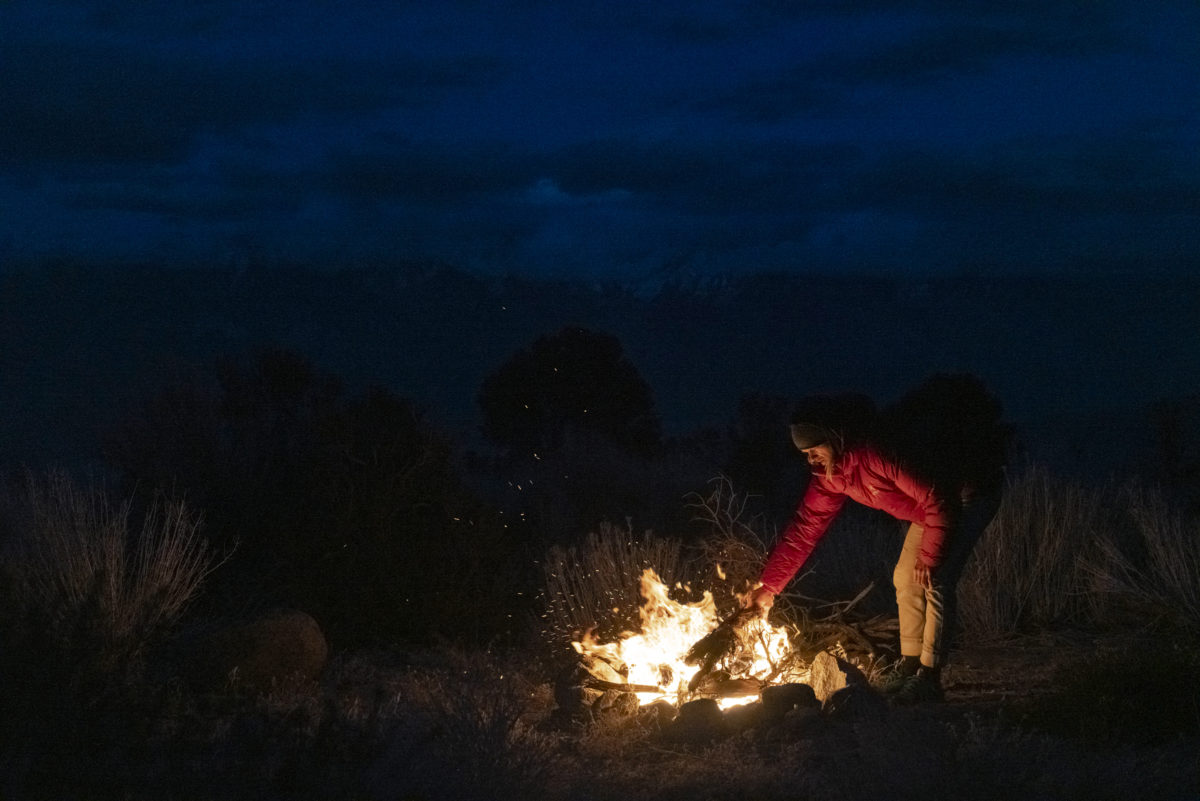 Chad Sayers stokes the fire below Mt Williamson and its rarely skied, but often gazed upon while traveling south on highway 395, “Three Steps Coulior”. 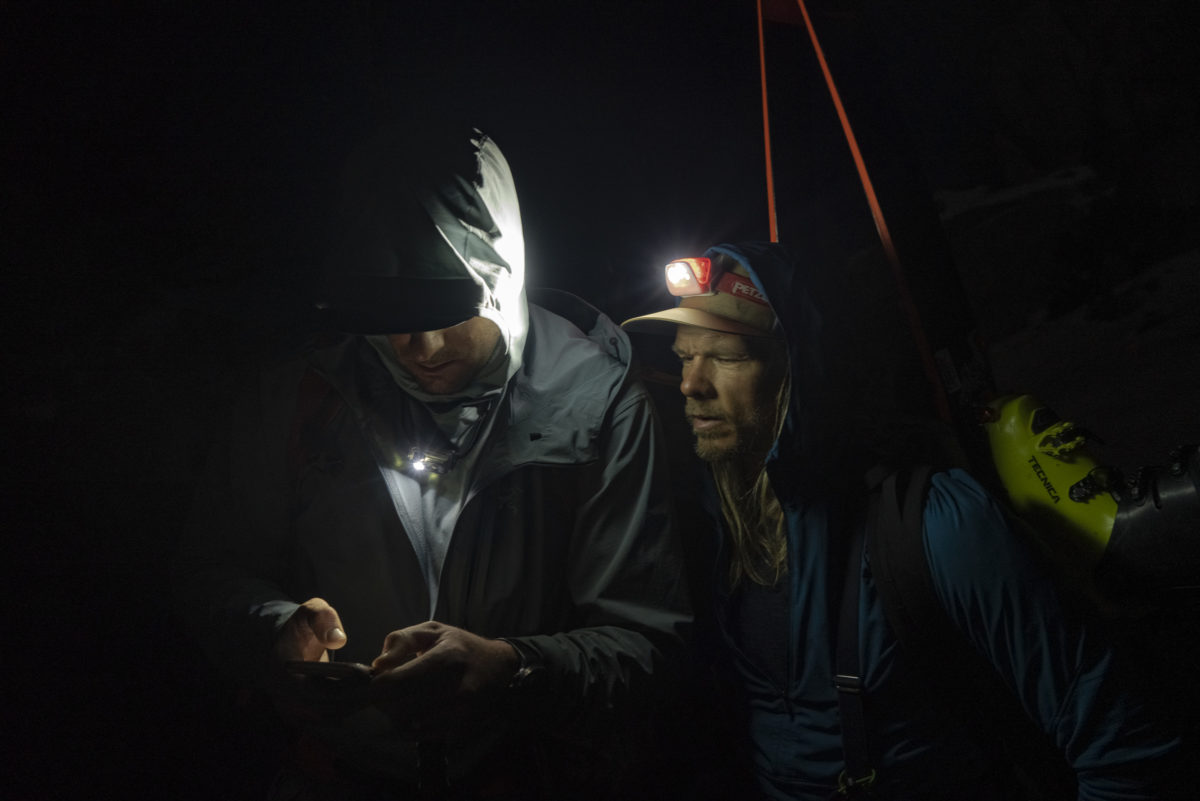 Surrounded by early morning darkness, I double check the map as Chad looks on to see how far we had traveled and still how much more we still had to go. 3am alarms in sea of sage brush transition to snow as the last of the night’s stars fade under our headlamps. Our distinctive sound of boots on snow breaks the silence of the still darkness as the sun rises over the east. 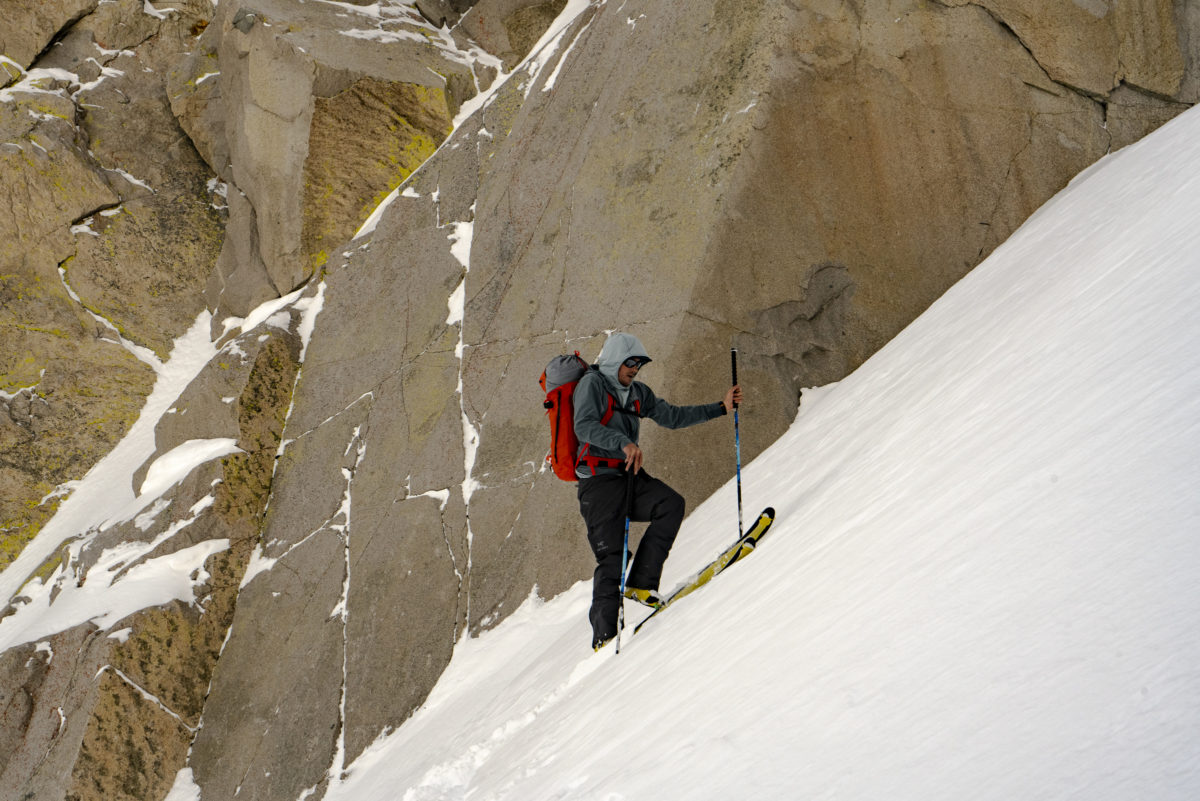 Alpine starts, thin air, hours on the move, and fresh snow make for slow travel as I set the line up Williamson. 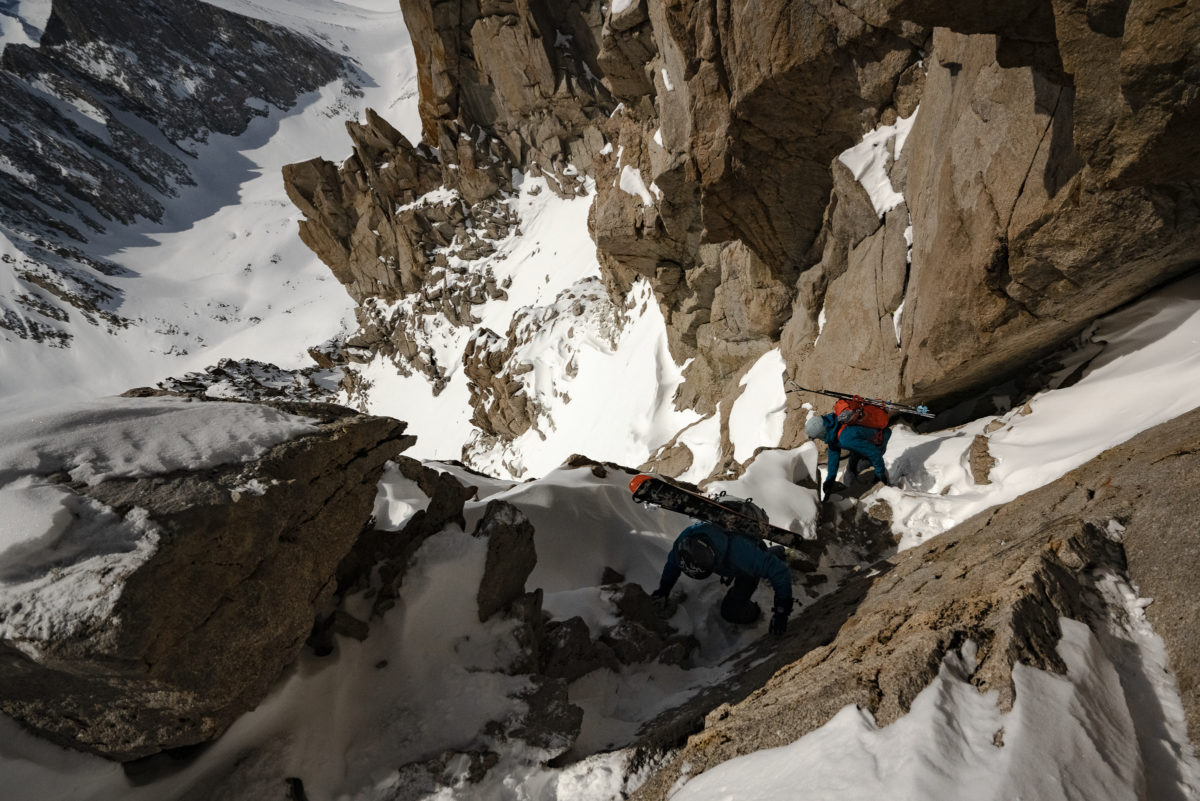 At 14,380ft we keep it tight making small steps while downclimbing off the summit of Mt Williamson, towards the entrance of the Giant Steps Couloir. 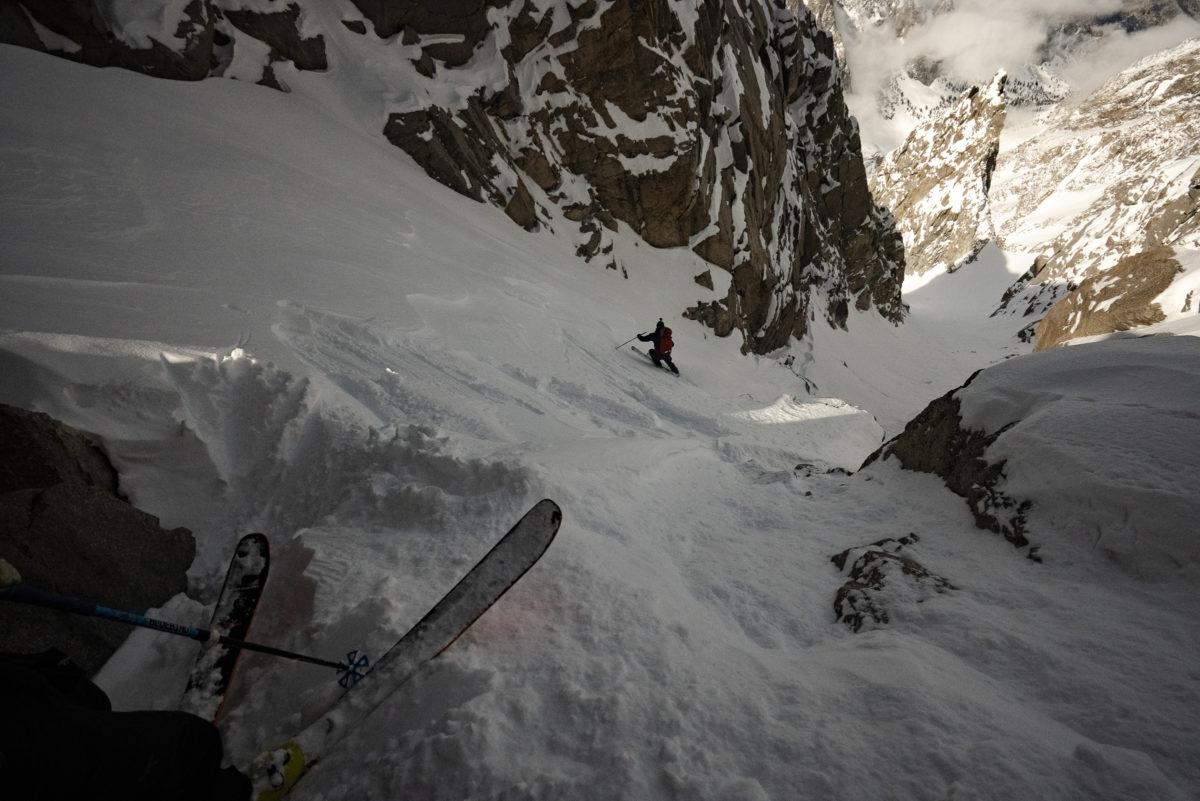 The first turns are the most committing.  Here I open up the 3000ft north-facing Giant Steps Couloir – one of California’s 50 classic ski descents in North America. 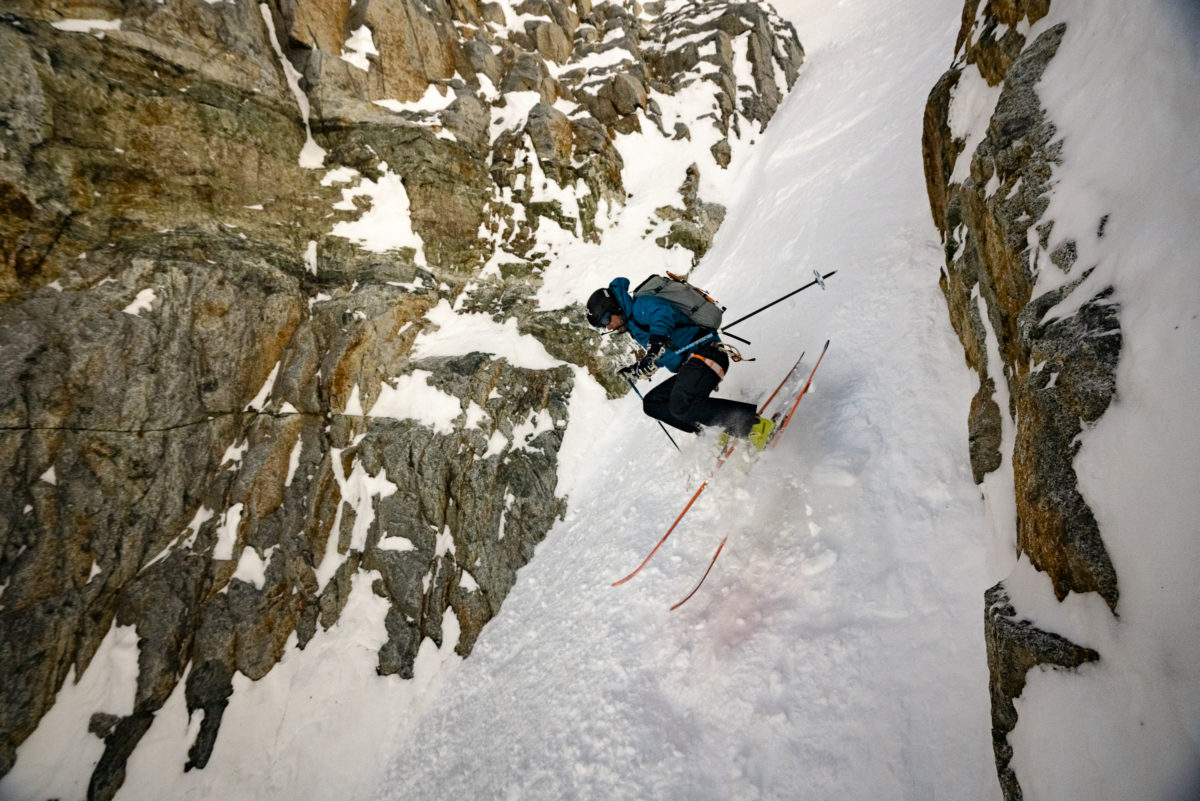 Sayers threads the needle in the Split Couloir and is rewarded with cold north facing eastern Sierra windblown Chalky snow. 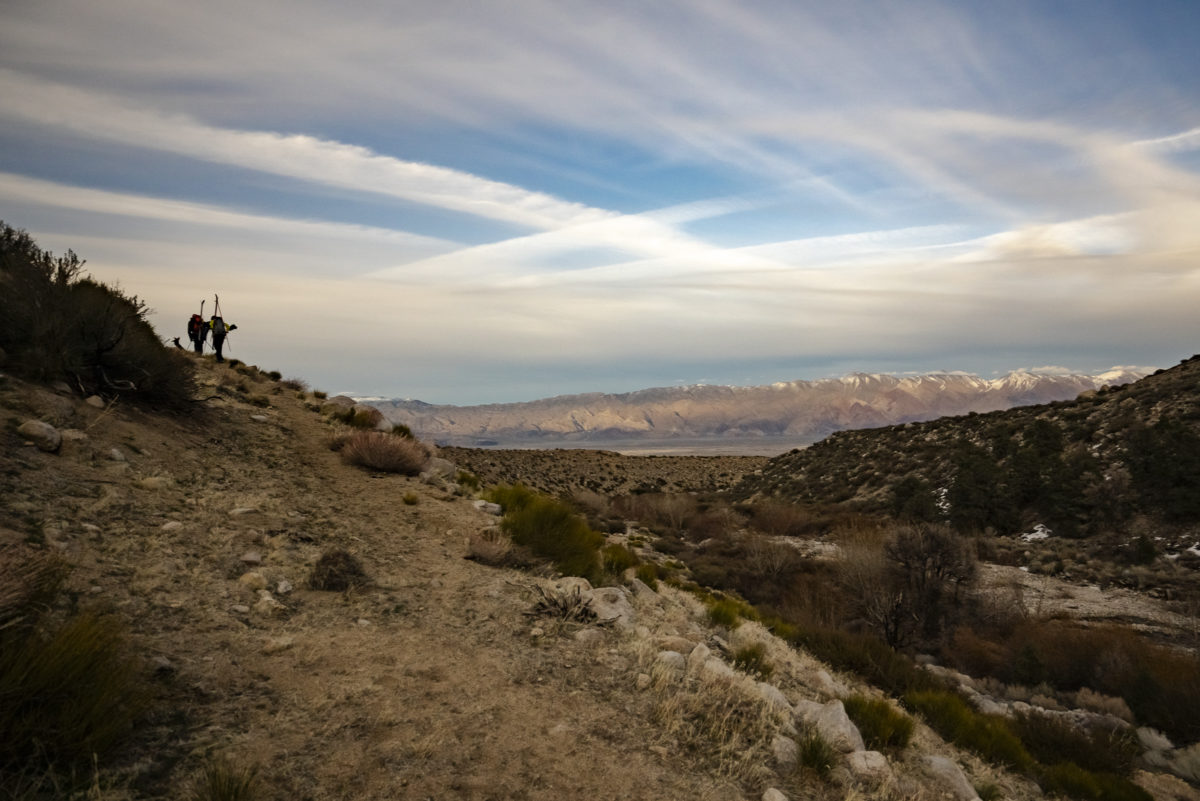 Long days start and end with skis on the back in the Sierras. Here, we start the long walk back in the evening light to camp after 14hrs on the move and 10km of climbing and skiing on Mt. Williamson. I reap the rewards of the 3am alarm with chalky snow high above the desert leading to California sun-kissed corn snow followed by cold beers at the truck. 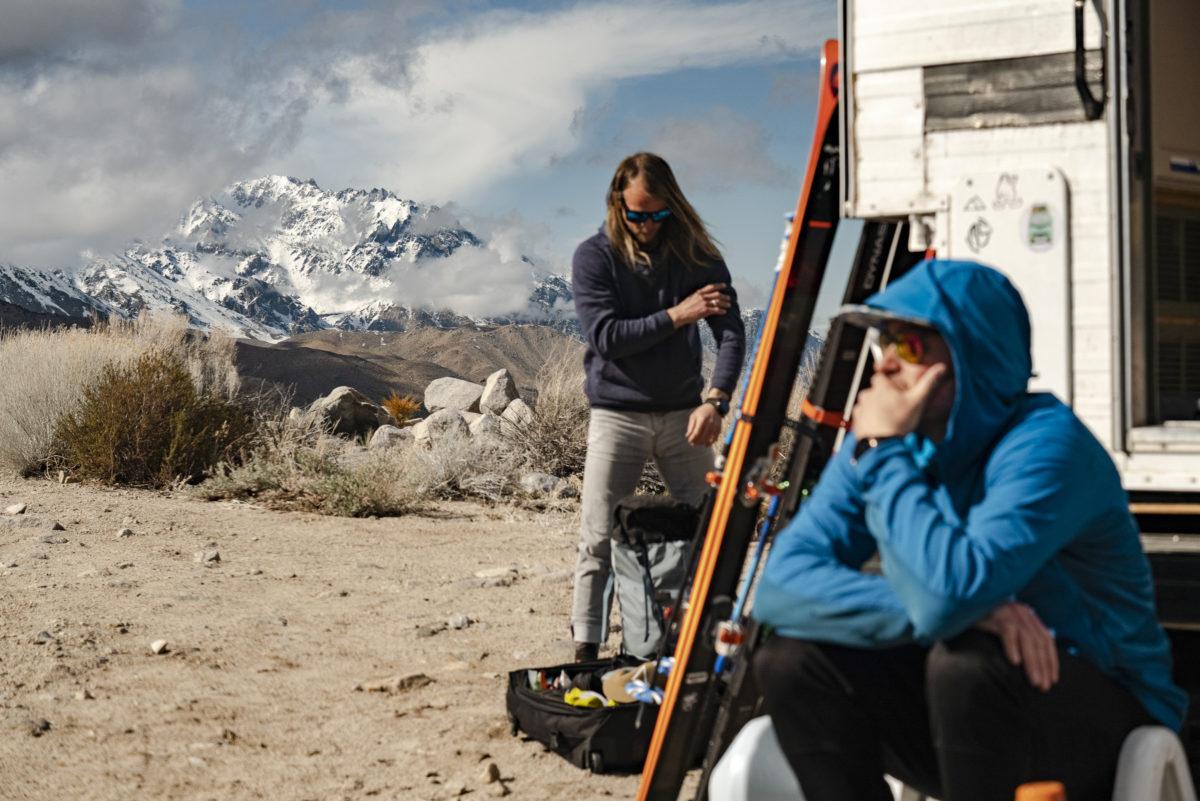 They say home is were you park it. I love life on the road.