Over the last 12 years, I have regularly been packing up my ski bag and making the trip to Argentina, drawn by the hostility of the mountains and the potential to explore. Patagonia is the promised land. These mountains are the place where every skier can feel like they are pioneering a new destination for skiers after them to explore. As an amazing winter was wrapping up in the Southern Hemisphere last winter, I felt Patagonia’s call to return and explore. This time around it would be slightly different. Johannes Hoffmann and I decided it was time for the ultimate South American road trip. Setting out with local skier Lucas Swieykowski and a film crew, we would attempt to drive and ski our way across four of the five Argentinian provinces in Patagonia , with a goal of skiing as many peaks as possible along the route down to the well known village of El Chalten.

If there’s one thing I’ve learned during all of my time in Patagonia, it’s that high winds reign as master and you can guarantee things won’t go as planned.

Here are a few highlights from our trip… 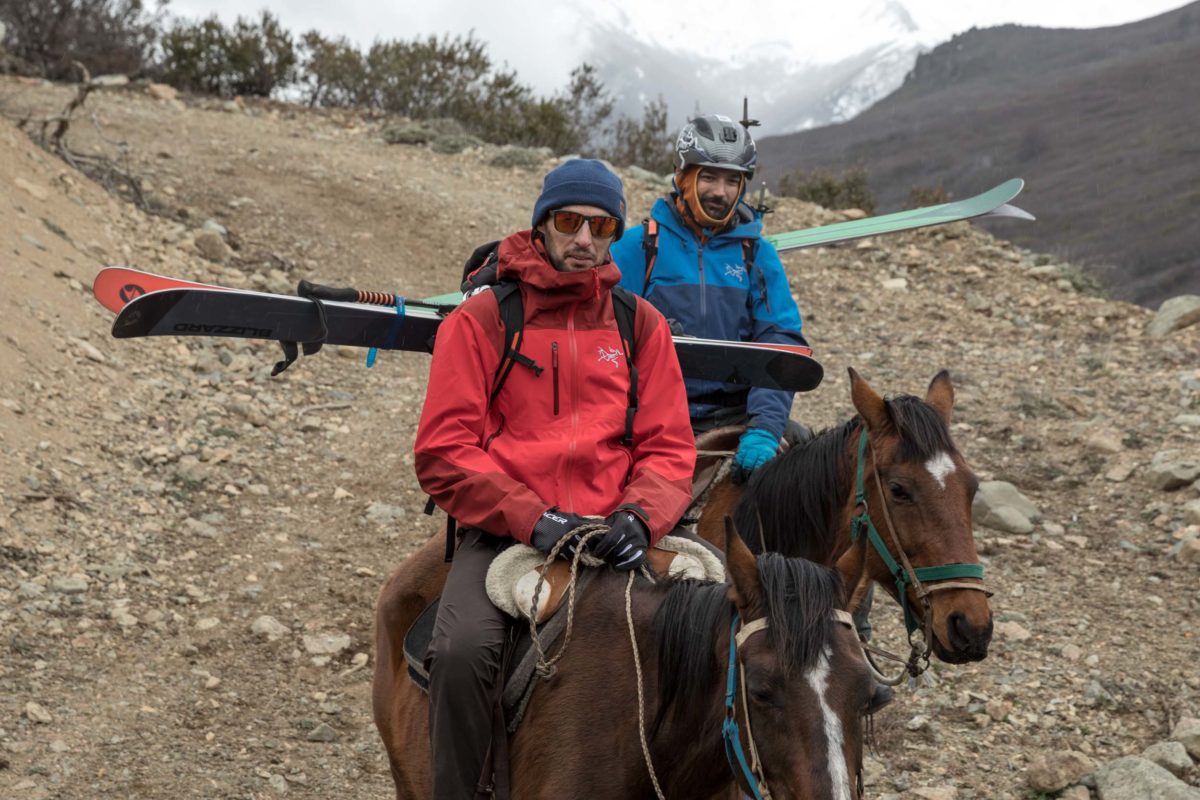 You often won’t find proper roads to reach the mountains here, so sometimes the access to get to the snow line requires you to tap into your inner cowboy. Not an easy task when you carry ski equipment, but doable. In this case, the land owner lent us his horses and told us they would find their own way home once we parted with them at the snow. 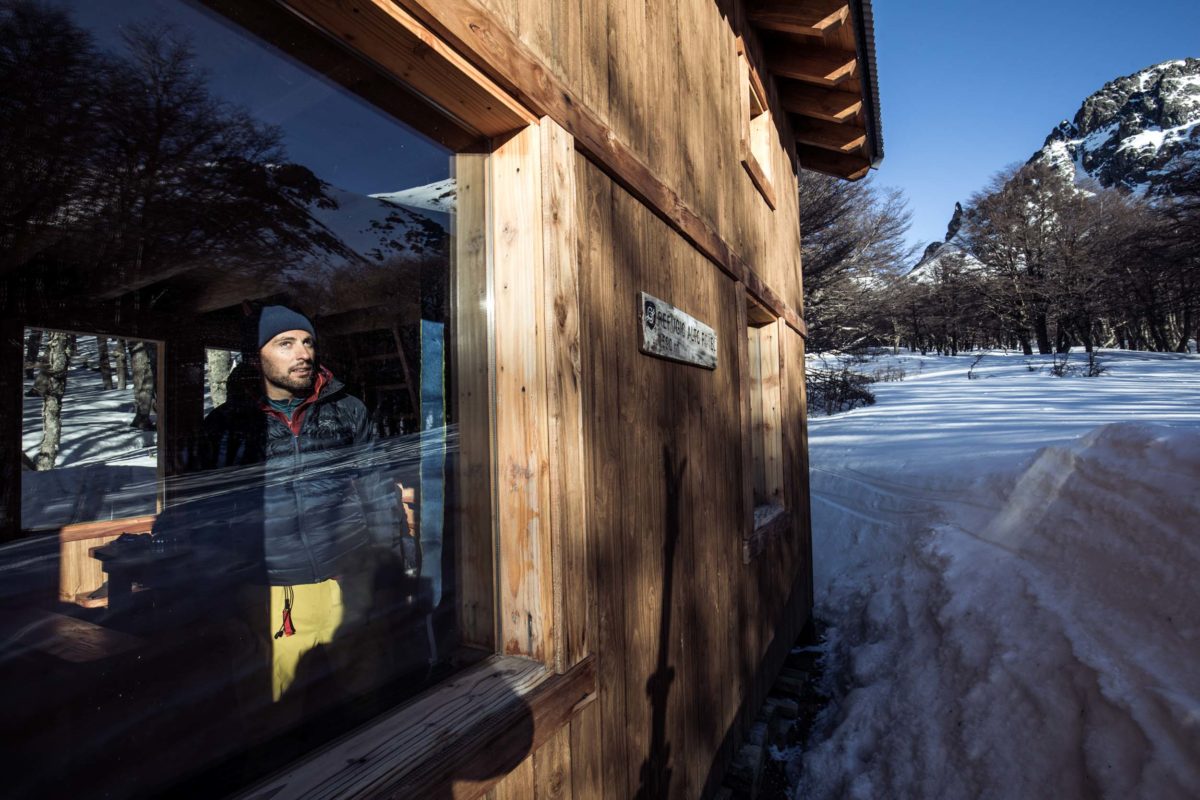 Soaking in the silence of the hut. We thankfully found in the middle of secret valley El Foyel. We got treated to two days in a row of blue skies and warm temperatures – no powder skiing but the perfect recipe to summit nearby peaks and enjoy some steep couloirs. 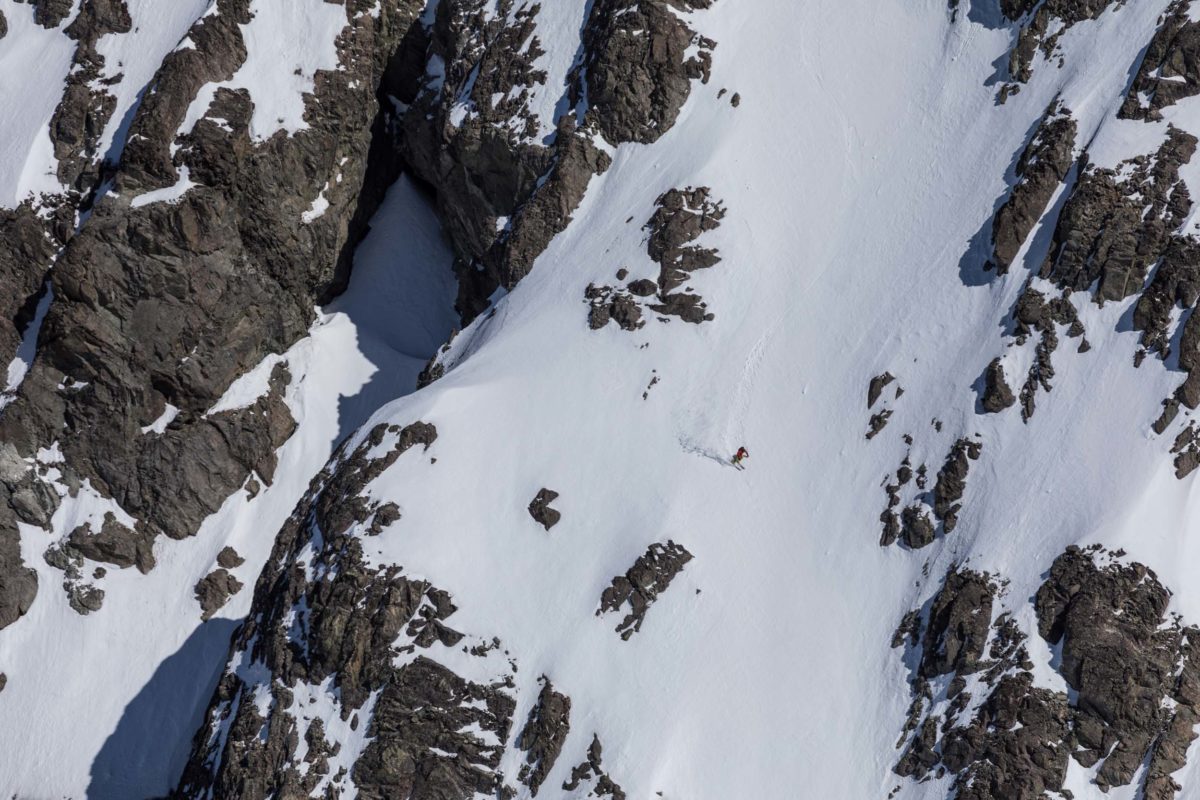 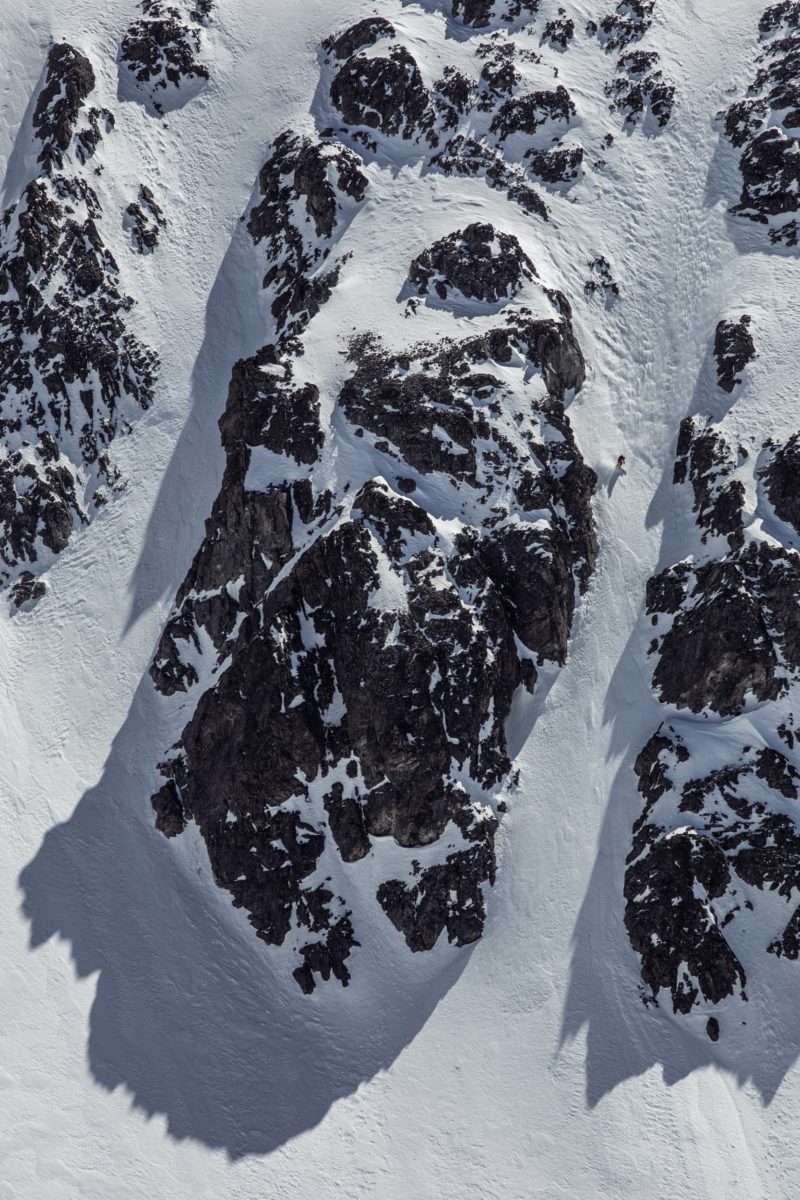 Johannes charging! The terrain you can play with here is endless. 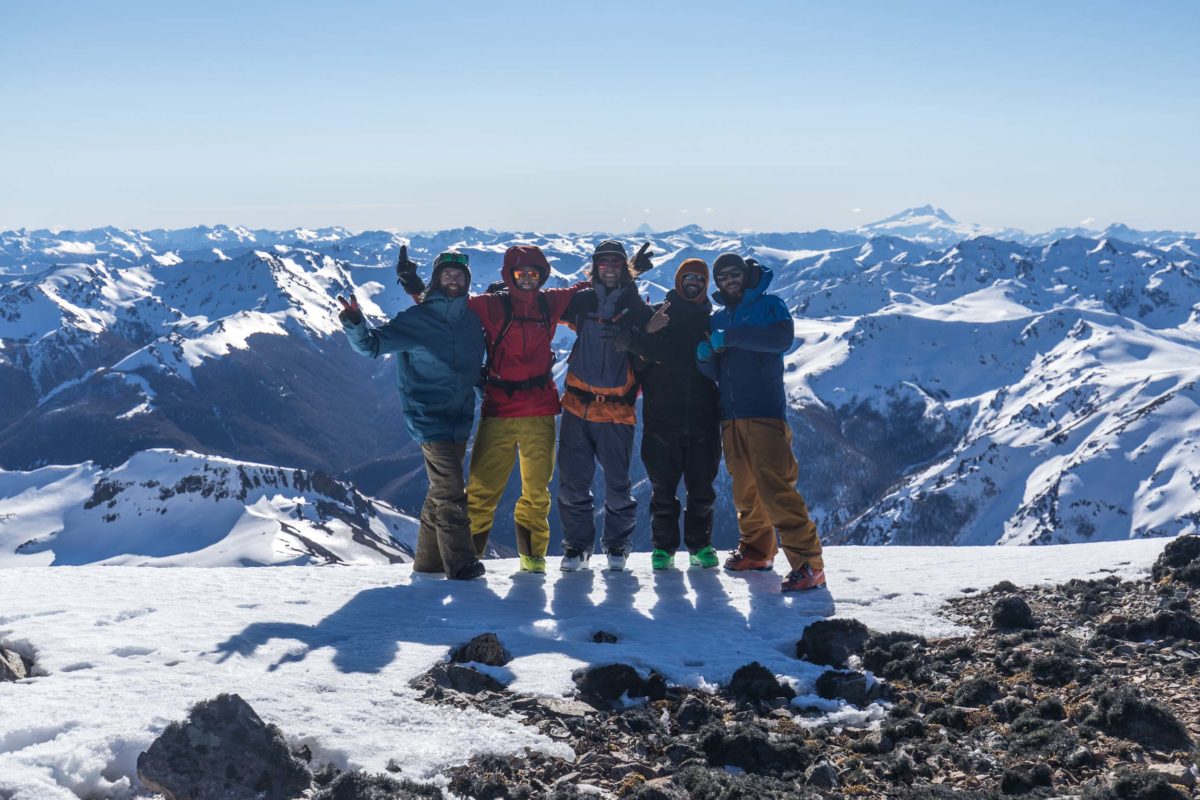 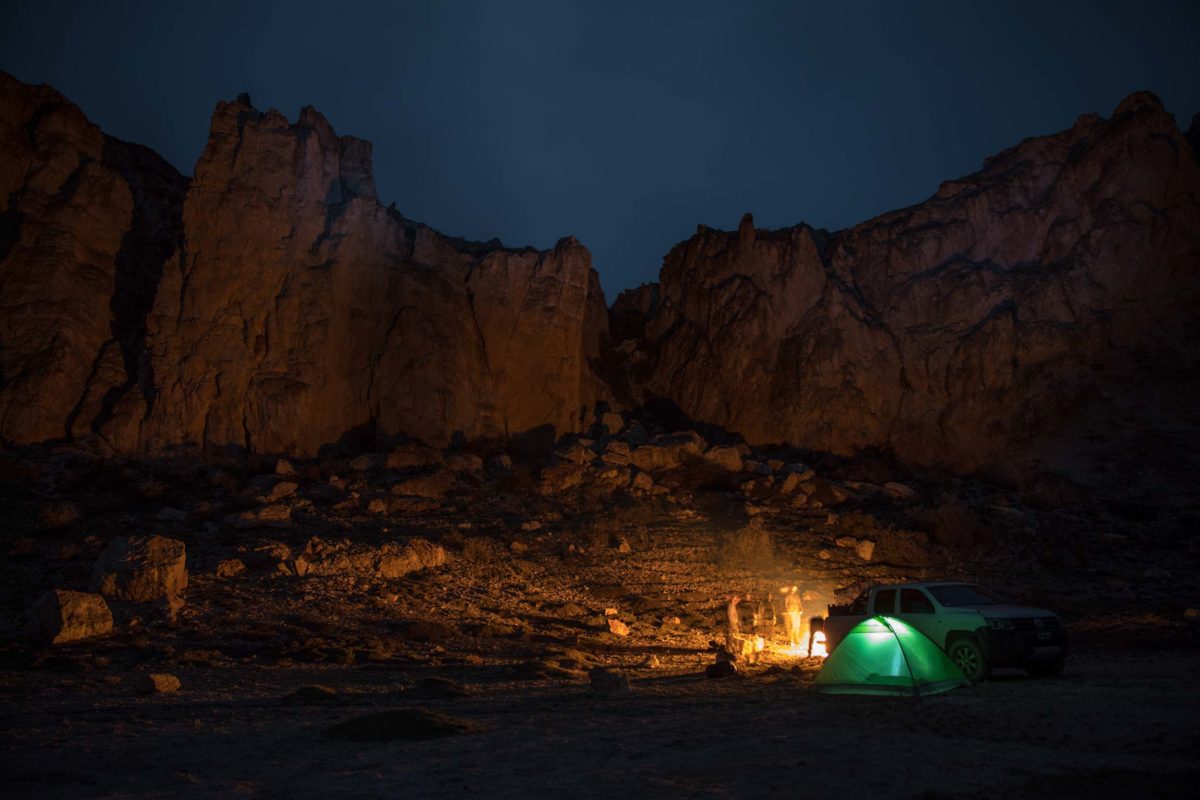 We covered a total of 1500km by truck. Although the road was rarely smooth, we managed to stop every night along the way to set up tents in beautiful places and enjoy the perfect wake up every morning. This is our camp in La Cuevas de Los Manos Canyon – we woke up to a little bit of rain. 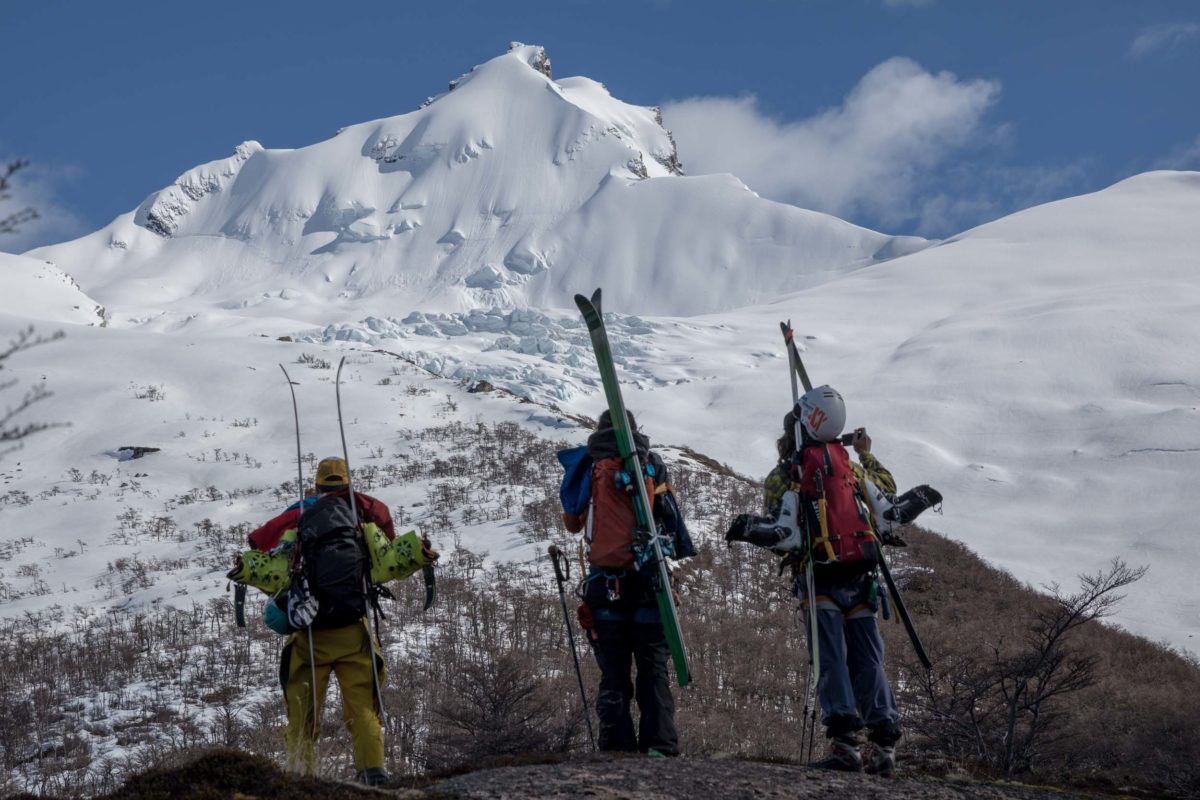 Soaking in the beautiful Cerro Creston. Driving to El Chalten was real adventure for us, all coming from Europe where driving 500km without crossing paths with another human or a petrol station is essentially unheard of. This picture perfectly captures our feeling of being alone with these beautiful mountains.

Watch the world premiere of Thibaud’s new film by Eye of The Storm Production, The Empire Of Winds, on July 7 in Chamonix, France at the Arc’teryx Alpine Academy. Find the full event schedule at chamonix.arcteryxacademy.com and follow along on Facebook for updates.