Though we were heading 230 miles north to Cape Wrath, everything around us was on its own journey through the elements. The trout launching out of Loch Stack to catch insects at sunset. The stags bellowing closer to the tent as the night wore on. The shepherd family herding their flock along Loch an Daimh. The Typhoons ripping down Loch Hourn. The only thing that wasn’t going anywhere was the poor guy waiting in Glencoe for the bus to Portree. He didn’t declare his intent and the driver wasn’t having that. After months away from Scotland, it was good to know some things never change – Citylink bus drivers. 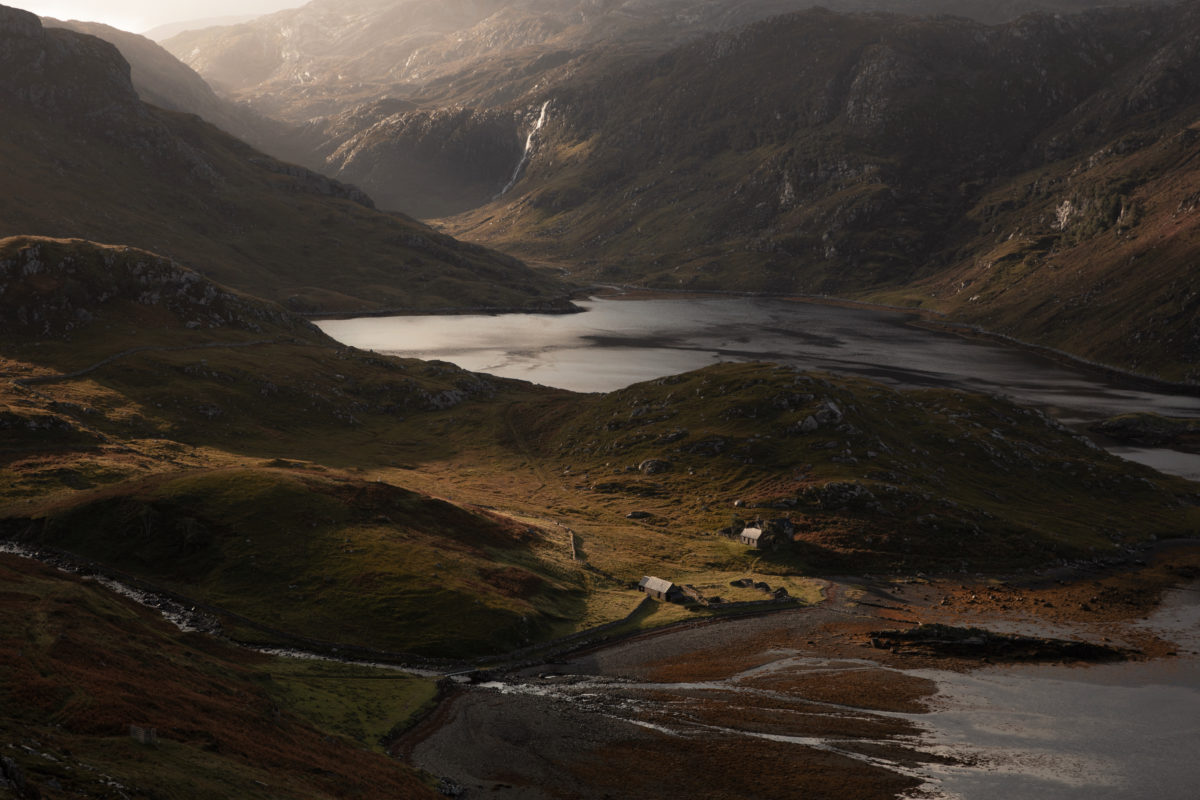 For a walk on land it was surprising to find the key element of the trip was water. It was everywhere, influencing every decision from route to kit choice, camping spot to cooking facilities. It flowed beside us down the floor of every glen we walked up, pooled at the top of every bealach we crossed. It moved sideways in sheets through Glenfinnan, and made its way lazily down through Glen Oykel. And it lurked in endless bogs we grew to dread when denoted on the map by dots instead of dashes. It wasn’t all easy. There were a few moments of frustration – pulling up and over the featureless moorland above Inverlael in the lashing rain, or bashing through endless sump in Glen Dessary. However having two near perfect weeks of weather bookended by yellow warnings of rain meant however tough the terrain, it could always be worse. 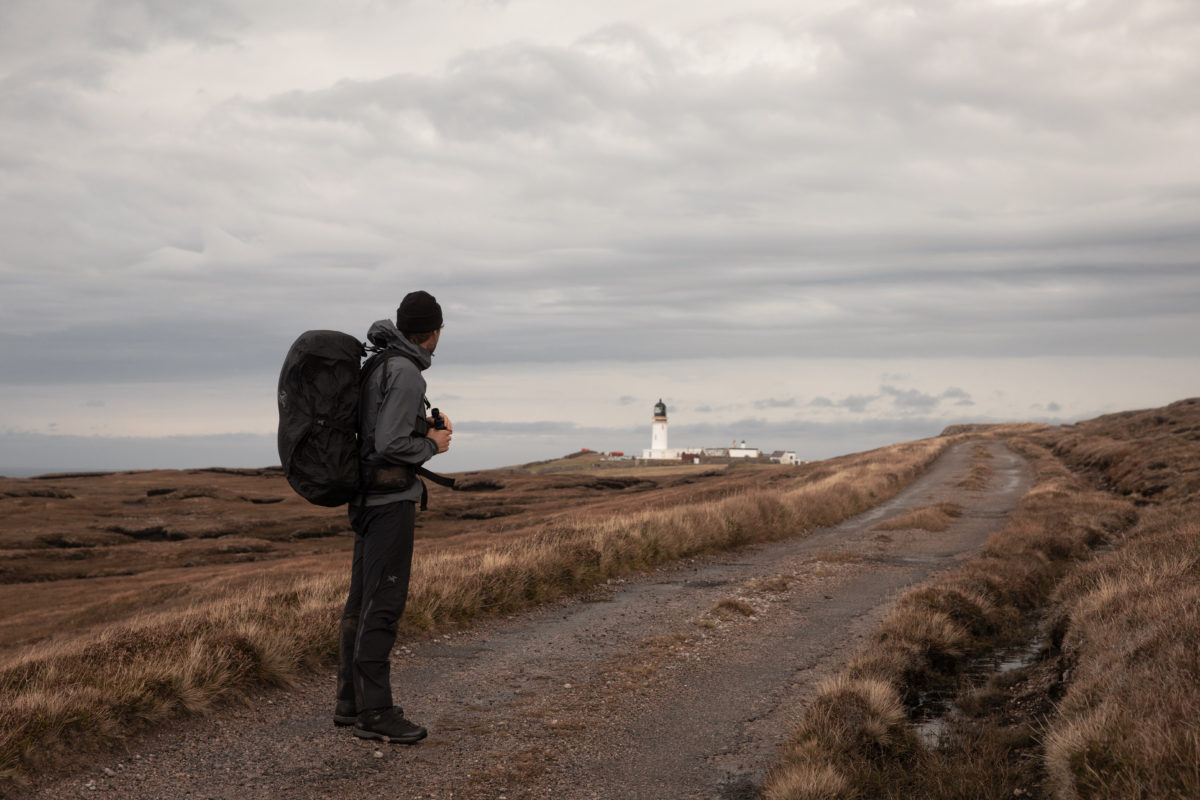 We spent a great deal of time attempting to stay rooted to dry land, a problem given the amount of rain that had fallen in the days prior. Other earthbound inhabitants didn’t share the same intent, particularly Naz the Shaman trainee walking the trail barefoot who preferred the bog to the stalkers path and for whom river crossings were not really an issue. She hadn’t worn shoes for three years and wanted a deeper connection with the land she wandered over – I initially thought she was walking away from everything, but now I am not so sure and think she is heading towards something. Her legend followed her up the Loch na Leitreach – the old couple fly-fishing and the shepherd at Iron Lodge heralded tidings of the wild girl wandering to the Wrath.

We caught up with her under a glorious sunset outside Maol Buidhe. She eyed our kit with interest – so many dry bags, so much Gore-Tex Pro. Carrying no tent, she had bin bags and a bivvy bag. Open-minded and interested in everything, she wanted to be on Beinn Eighe for the equinox and Ullapool later to see a friend, but was otherwise completely in her element walking the trail and meeting people along the way. She forced us to rethink our approach to the outdoors, and being a long-time fan of the Bird, I wouldn’t give up my kit, but I certainly saw human capabilities afresh on the day she walked with us barefoot to Strathcarron. 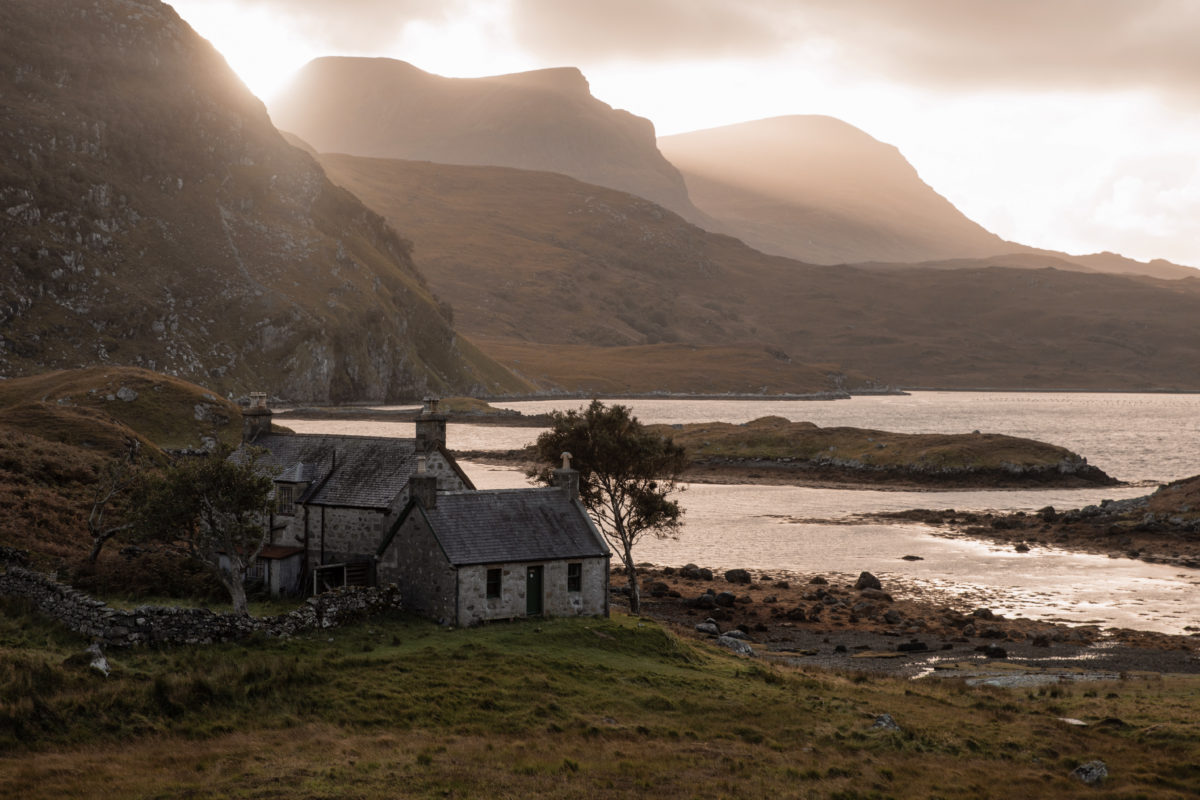 Much like water, the wind defines the Highlands. It kept the Sea Eagles soaring above Sourlies, a sight that made my heart flutter. I tried to share the moment with a poor lad who’d hurt his leg and had been left in the bothy whilst his mates went to get him a boat out, but it didn’t make the same impression on him as it did on me. It kept the imitation eagles aloft – the Barley Grey Typhoons flying out of Leuchars on low altitude glen flying. Best job in the world? It pelted hailstones into my bare hands on the Bealach na h-Uidhe, making me curse that I hadn’t brought gloves but I had brought a bloody midge hat. It made the Scots Pine sway in that gentle way that reminded me of good video game graphics.

On day 16 it rattled eerily through Cape Wrath Lighthouse entering every crevice, the shutter in the seemingly shut-down Ozone Cafe rattling like the clappers until John Ure clattered it up, stuck his head out and asked if the collection of oddballs (us, two guys from ‘just off M8 junction 4’, and a bloke called Raymond who wandered in from god knows where) wanted beans on toast. He was punting beans on toast to everyone – four bits each! Must be all they had in. We’d been warned it was a strange way to end the walk. On reflection the entrance to Sandwood Bay the night before provided the real moment of euphoria – the waves gently rolling into the dune-pocked beach with the evening redness drawing down over Am Buachaille sea stack. 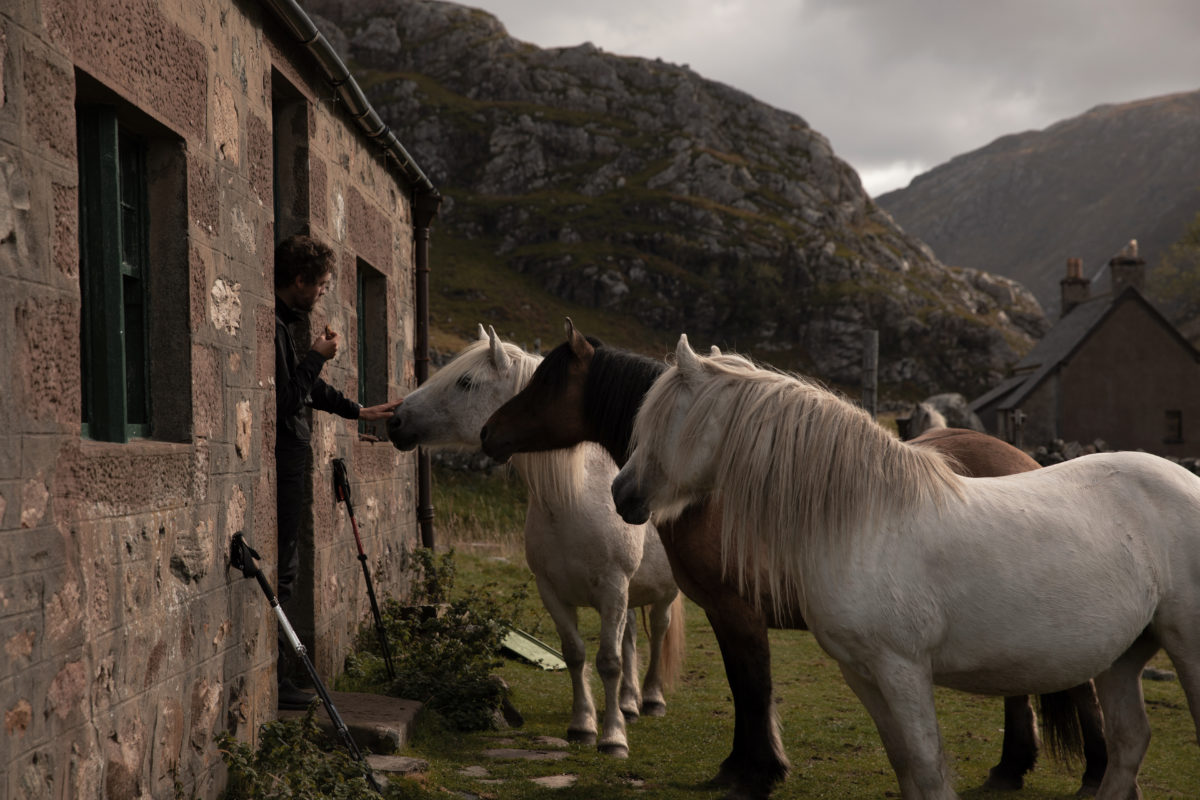 Of all the elements, fire denotes shelter, and shelter was our third priority alongside food and water. From the walkers we heard about who camped out in Corryhully in the biblical rains on the first day (the ranger in the nice Defender ‘wasnae gonnae begrudge them that’), to the fire we shared with the girls in the shadow of An Teallach, to the feeling of euphoria we felt when the perfect camp spot was settled upon each night, shelter became the goal. In the morning we’d fire up the jetboils to make coffee and porridge, the flame roaring like the Typhoon jet engines (I thought about them a lot). At Duag Bridge I read Debretts ‘Handbook to Modern Manners’ by torchlight, and thought about one day owning the many beautiful country houses we’d passed on route, their lum’s reekin’, wondering what that said about me. 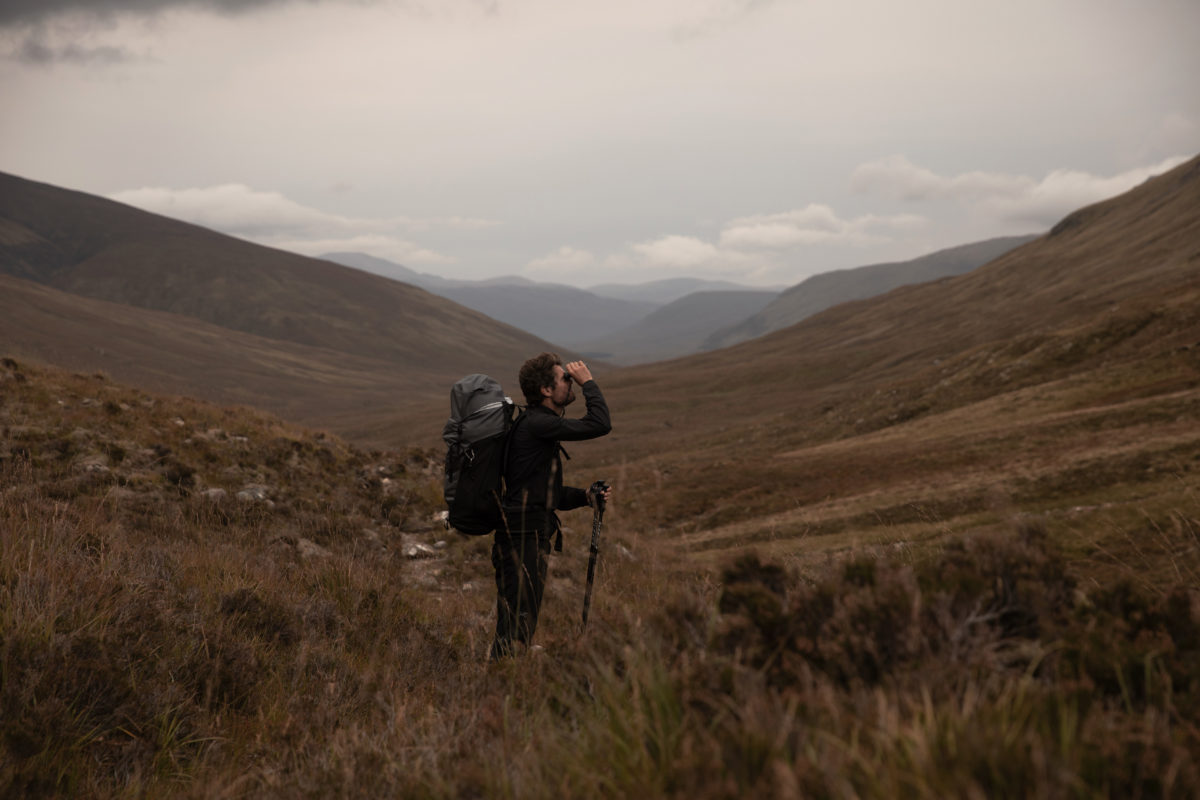 Two and half weeks in the Highlands was a lockdown dream we made a reality. Waking up and going to sleep in the elements for days on end allowed us the connection to the land Naz was so much further ahead in finding. Towards the end, as I sat outside Glencoul watching the sun set over Kylesku and heard the mournful Curlew call over the voe, I knew the reality was fading, but the memories would be stronger than ever.