At the base of the gondola at Revelstoke Mountain Resort, teeming with people out to shred the latest gift from a generous winter, my phone beeps in my pocket. See ya in two, reads the text from pro skier Izzy Lynch. Originally from Calgary, Lynch was one of the first to descend on the nascent resort when its blissfully empty, snorkel-necessary slopes opened in 2007; she might know its cliffs, chutes and alpine bowls better than anyone. She built her freeski career from this mountain wonderland, competing on the Freeride World Tour, appearing in A-List films like Pretty Faces and Into the Mind, and debuting the first Sh*t Skier Girls Say viral video.

Today, Lynch makes her way toward me on this powder Saturday with a buddy in tow: her two-year-old son Knox, tugged behind on his beloved tiny skis by his mom’s ski pole. Knox is now as much a part of Lynch’s thriving mountain career as dropping RMR’s cliffs. But Lynch’s isn’t a story about a “mom pro skier”. She’s literally re-defining pro skiing, regardless of gender, from the traditional confines of gnarly lines and snowy hedonism to fit a life that encompasses activism, creativity, and richly nuanced purpose. As we bypass the gondola line in favor of the magic carpet, Lynch ditches her pack by a ski rack. Rather than a shovel and probe, as many skiers carry for RMR’s big mountain terrain and accessible sidecountry, this backpack is full of snacks, layers, toys, and diapers. We joke about how changing a diaper through Knox’s baby snow bibs is far more badass than airing any feature. At the top of the bunny hill, Knox takes his poles in hand (he holds them below the handles, but he refused to ski at all unless he had poles like his ripping mom), and zooms off shockingly fast through the chaos of learners on the slope—a dramatic departure from his first ski film cameo in Kindred at eight months old, riding on Lynch’s back at her family’s backcountry ski lodge.

Lynch’s filmmaking debut was strategic. She and her sister, pro photographer Zoya Lynch, produced the film—about how her city-dwelling parents’ leap of faith to buy a remote mountain lodge led to generations’ worth of adventure—throughout the second six months of Knox’s life. “I didn’t want to lose my place in this world of skiing, and I didn’t want to travel away from him during that first year. I wanted a project that incorporated my family,” she says, as Knox gazes wistfully at the gondola from our second lap on the magic carpet. In this modern era where audiences crave story lines and depth as much as they lust after traditional ski porn, Kindred knocked it out of the park: it premiered at the 2018 Banff Film Festival and Lynch spent the fall touring the film and speaking, with Knox along. “That year, I did a fraction of the skiing I did before, but I was actually doing better at my job in getting my company sponsors so much exposure.” 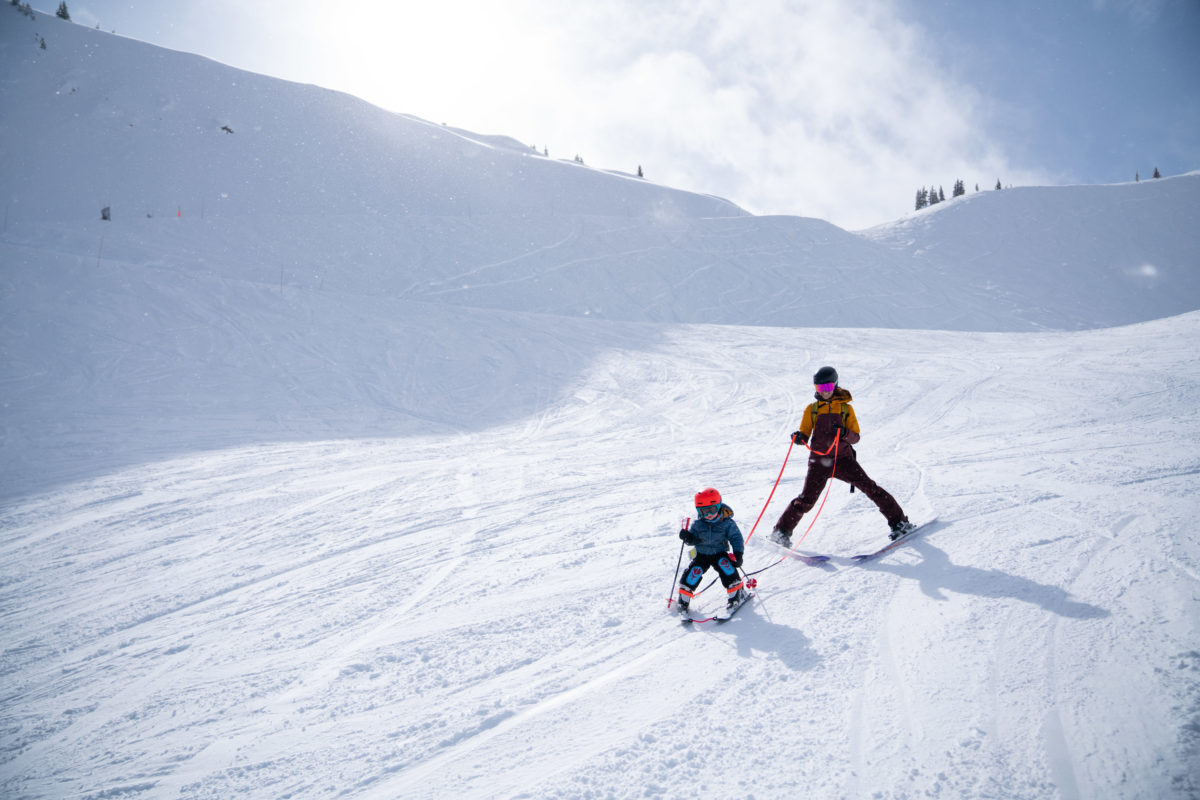 The Lynch sisters are already working on their next film, called Motherload, with Tessa Treadway. On the surface it appears as a hilarious ode to the absurdity of trying to take kids skiing, which any ski bum parent will appreciate. But it also tackles deeper themes of single parenting and loss, both of which often go unspoken in the stoic mountain community (Lynch calls her situation “single-ish”, since she now has a supportive partner since her divorce shorty after Knox’s birth. Dave Treadway was tragically killed after falling into a crevasse near Pemberton last winter, leaving behind three children). The challenge of filmmaking deeply appeals to Lynch’s innate creativity, and “telling the stories that people want to hear is almost as hard as shredding those big lines,” she says.

But she’s also attracted to the challenge of telling stories people don’t necessarily want to hear; last spring she came on board as program director for the burgeoning Protect Our Winters Canada, spearheading the ski community’s responsibility to take action for a changing climate. Her activism work was inspired by motherhood; she’d already seen changes from her years in the mountains and feared for what’s to come in his future without concerted action. 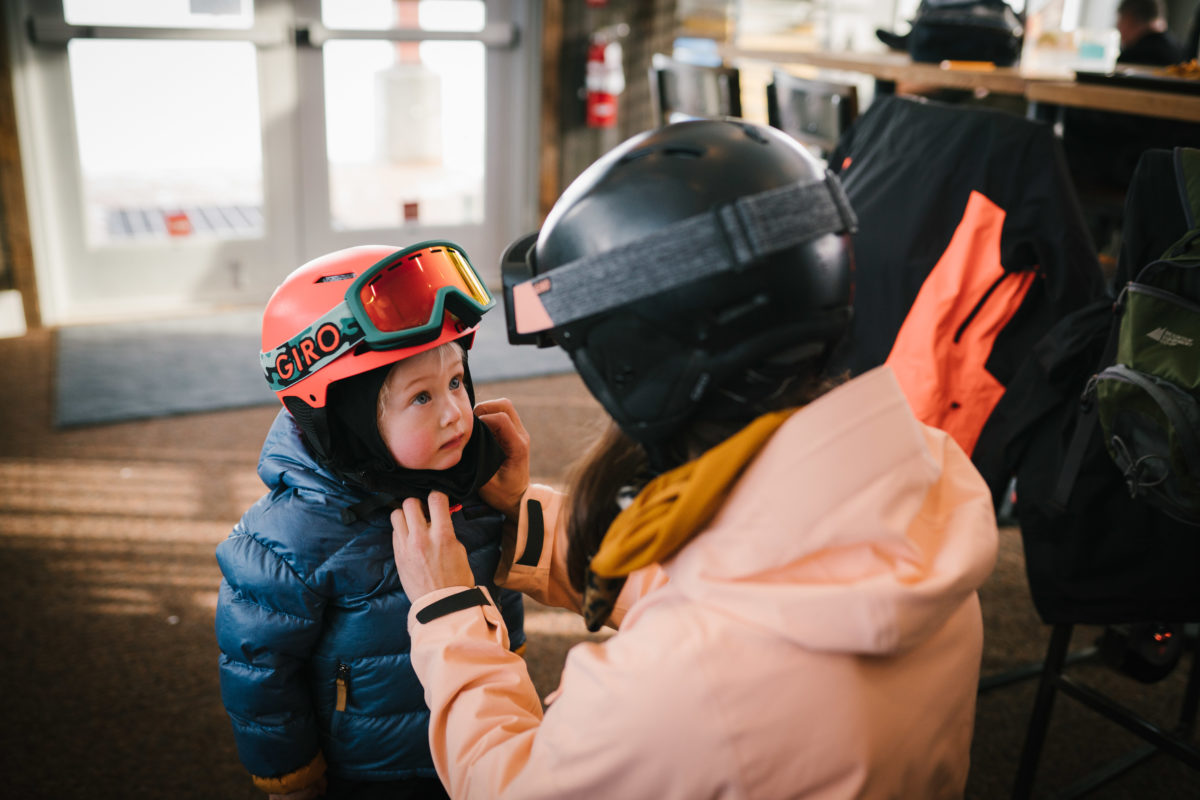 “Change making is so important to me,” she says, as she rounds up Knox for an après hot chocolate, her arms full of skis and poles. “I want to be a pro skier, but I want to be myself. I don’t want to be pushed to be hard core or have to pretend I’m in the same phase I was ten years ago.”

Let’s be clear: Lynch still gets out for those big days that made her skiing famous. But as she’s evolved, so has she evolved her approach to the sport—and with it, our perceptions of what a pro athlete can be, opening the doors for so many more people to relate to the adventure of winter in all its forms. 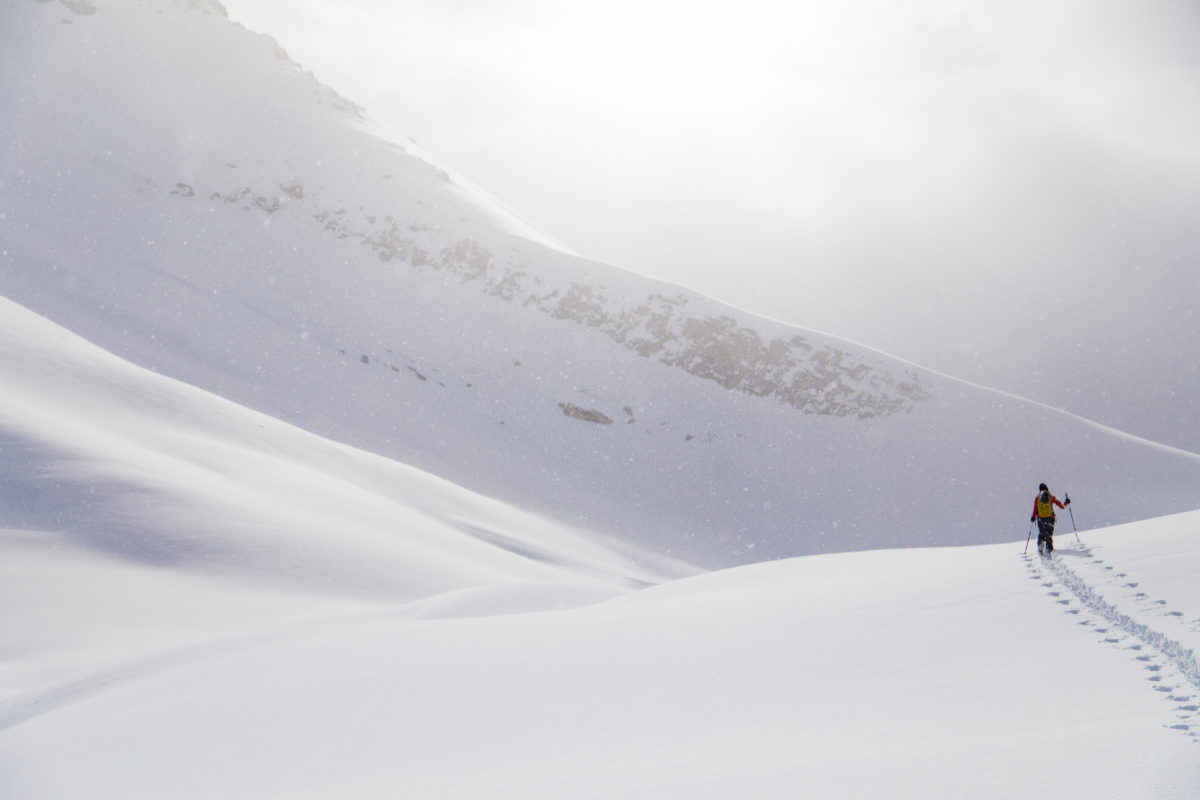