We arrived in the village of Clyde River, NU July 27 and connected with our outfitter, the gruff but straight shooting Levi Palituq. Over the next few days we made two attempts to reach Sam Ford Fiord by powerboat. On the second effort we managed (barely) to get out of Clyde Inlet amidst a sea of slowly fracturing pack ice. The 160km nautical trip which takes six hours in good conditions, lasted nearly twelve hours as we jockeyed and bumper-boated our way through a giant jigsaw puzzle of ice bergs. 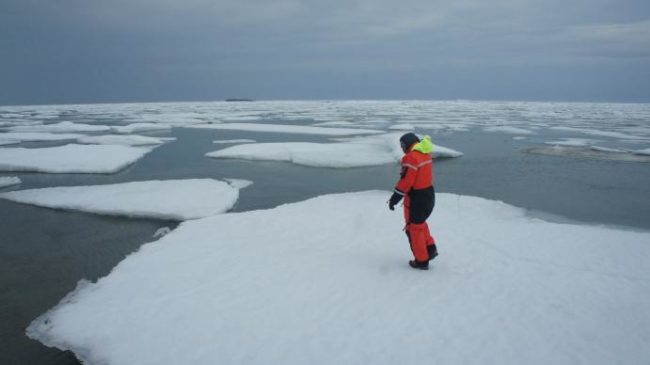 Highlights of the boat journey included spotting two majestic Bowhead Whales and a Polar bear which thankfully was the only encounter we had with the earth’s largest carnivores. When we rounded Baffin Bay into Sam Ford Fiord, the sight was flabergasting; wall after giant wall shot out of the sea like a hundred Yosemites sardined into one place. 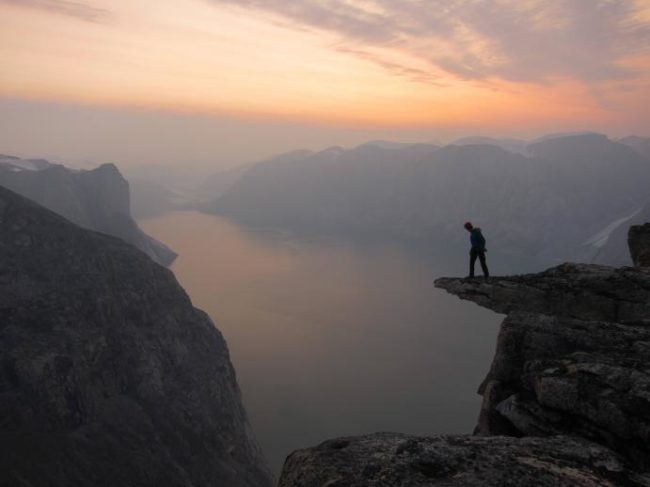 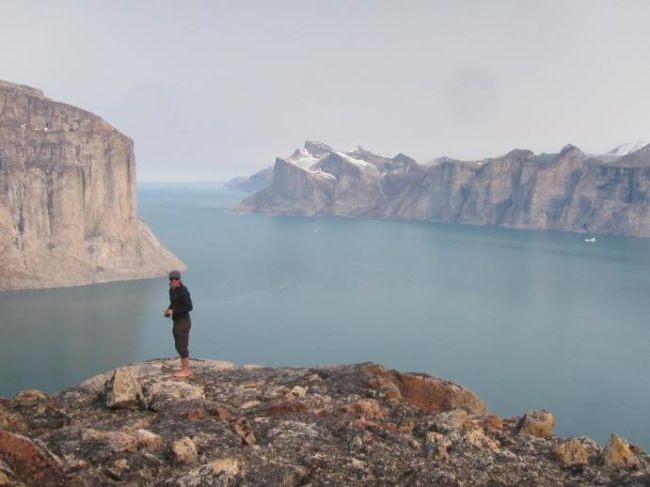 Once in the Walker Arm of Sam Ford Fiord we were dropped off on a rocky point at the toe of the Broad Peak glacier and bid farewell to our Inuit guides. Our base camp was three km up the glacier by a small pond at the edge of the moraine under a peak aptly named Turret. The next day we motored a leaky 2 horsepower boat a couple kilometers up the fiord to the base of the un-climbed 1300 meter north face Beluga Spire. We pulled the boat out of the water at the only landing available and started scrambling up approach slopes to the foot of the wall. 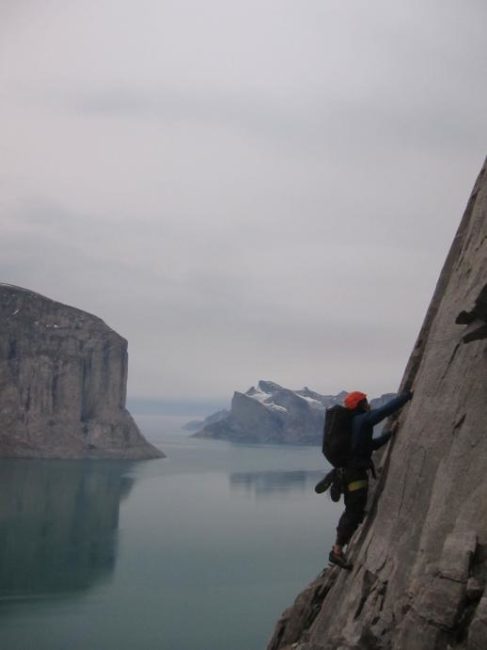 Over the next two days we climbed the 1100 meter north pillar of the mountain making the first ascent of the formation. The climbing was continuously engaging and we found good ledges for bivi’s. The experience can’t adequately be summed up with a grade but for the books it went at VI 5.12 with two short sections of A1 in 29 pitches. We christened the route “Harpoon” in honour of the whale hunt that was going on concurrently in Clyde River. 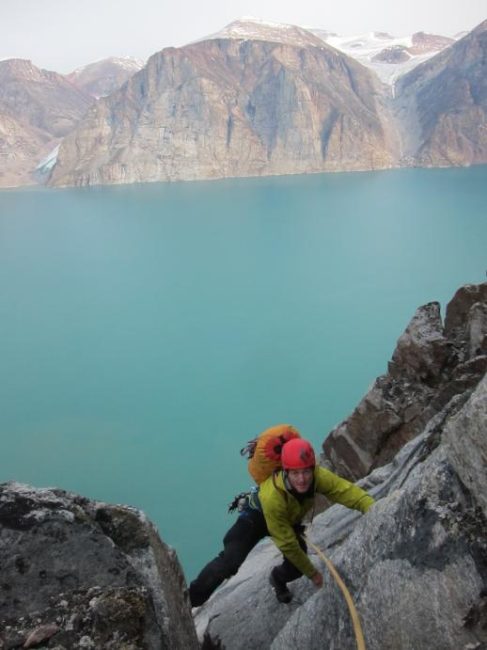 Good weather continued for a three more days and in that time we made an attempt on the Turret’s west face. Storms shut down a summit bid but a few days later in near freezing temps Crosby and Josh snuck in an ascent of a new route on the north side of the mountain. The remaining days in camp were characterized by cold rain and snow with a few short “sucker” windows of clear skies. During one of these, Tony and I made an attempt on the un-climbed south buttress of the Turret but were caught in a snow storm a third of the way up the climb. 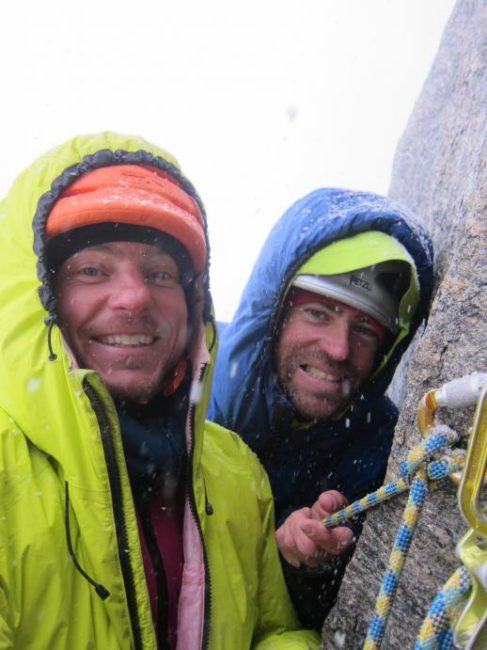 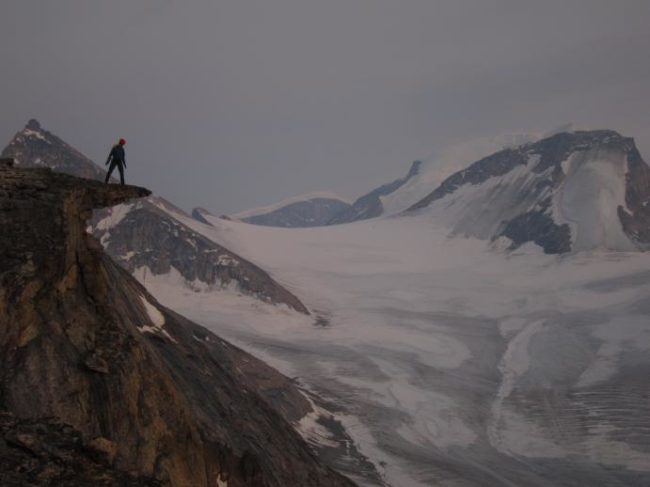 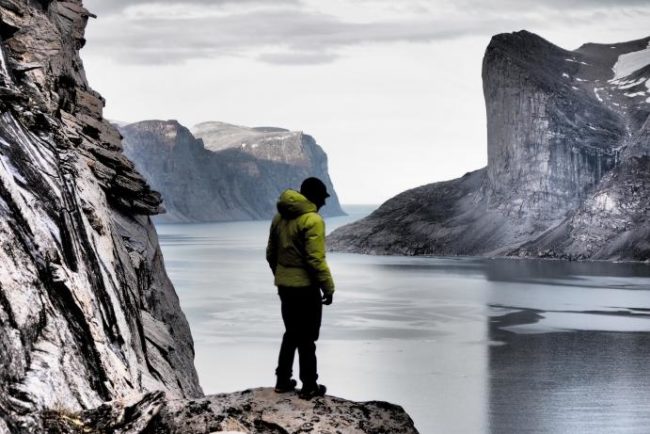 A few days later Levi’s boat buzzed in to the bay where we’d been dropped nearly three weeks earlier and whisked us back to civilization amidst choppy seas with meter high whitecaps. All members of our team had long wondered what climbing in this storied place would be like; this trip was a realization of the area’s massive potential and a dream come true. Climbing a virgin big wall right out of the ocean is indeed a rare experience, one that we will never forget. 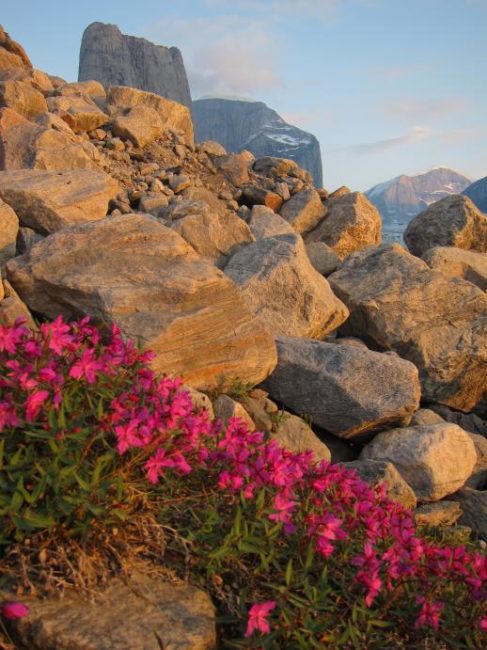 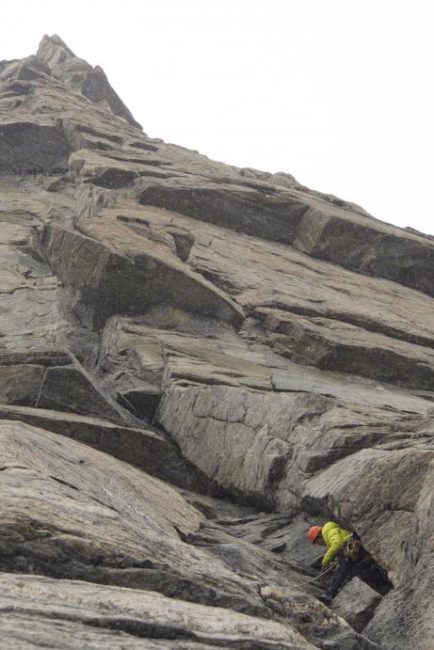