Words and photos by Craig

“What do you know about Croatia?”

A quick Google search revealed a cerulean blue sea, picturesque villages and endless limestone. That’s how the whole thing started, my wife asked me that simple question and the planning began. As an Arc’teryx athlete, I’m used to planning climbing objectives, training, and making it happen. But that is just me, it usually doesn’t involve my family. In fact, these objectives usually mean my family doesn’t see me for long periods of time, the opposite of family time. This trip would be different! Our teenage kids are savvy travelers, having spent time in Europe and South America, so this time the whole team was coming along and our plan was to climb in teams of two.

Croatia sits on the Adriatic Sea and is part of the Baltic States in Europe where many Europeans go to vacation. Our goal was to climb routes in Paklenica National Park – a huge limestone paradise situated by the sea, outside the town of Starigrad. 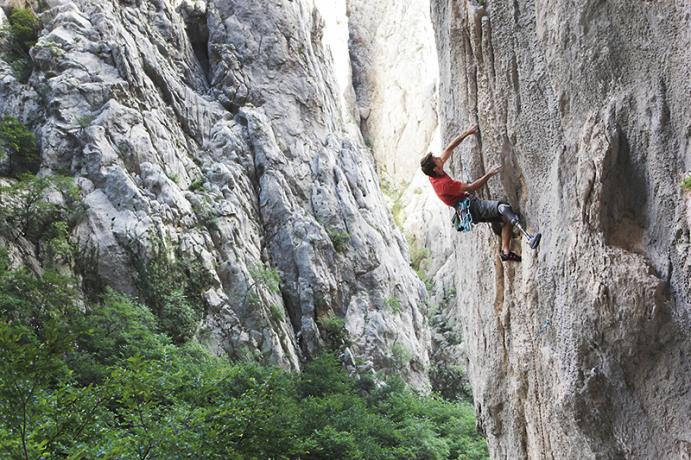 The routes here range from single pitch rope stretchers, to sport and trad routes with pitches numbering in the double digits. Our kids – Mayah 16 and Will 14 – have climbed all their lives, but this would be an extended trip climbing together and we wanted to keep the psych high! While getting over the jet lag, we worked our way through the first couple days adjusting to the French grading. Is 7a hard or easy? Why is there a + after that number? 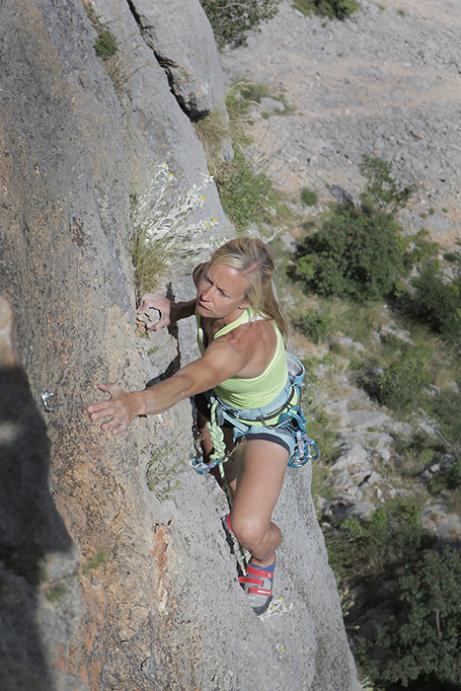 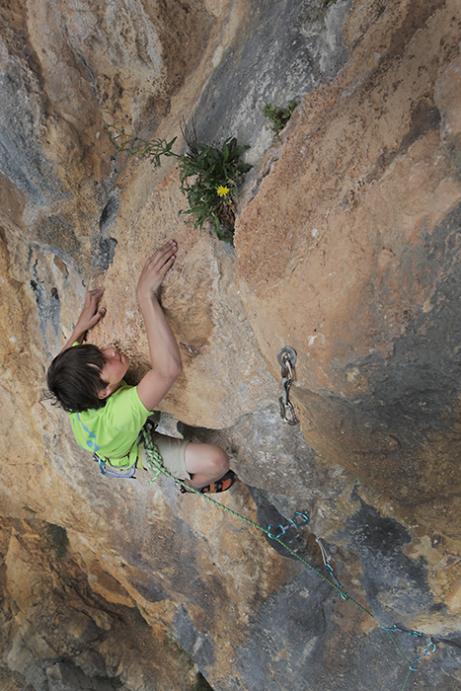 Will climbing in Paklenica National Park 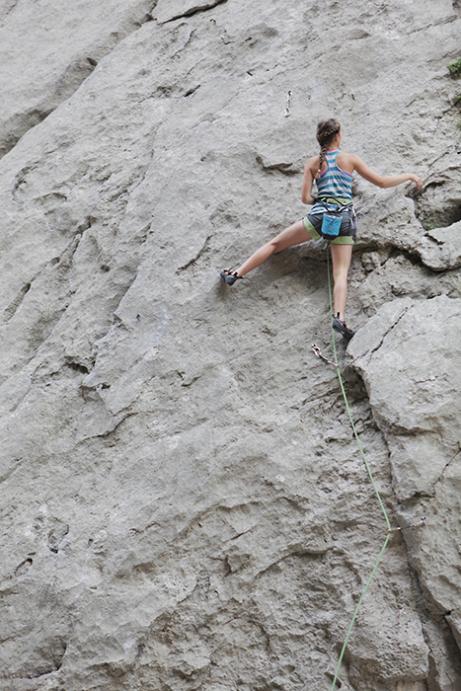 We quickly settled into a rhythm that went something like this – wake up, drink coffee, climb all day, soak our toes in the sea, then home to a tasty meal. It was perfect.

We all embraced the whole experience – the good, the bad, and the awesome! We did some multi pitch routes and got beat up on some steep, hard cave climbs. The limestone fins and tufas are different then the limestone pockets we are used to at home in Colorado – it was a learning curve for sure. Rest days we spent on the pebble beaches soaking up the sun and hiking the stellar trails within the Paklenica terrain.

After nine days in the park we headed south to Split and jumped on a ferry to the island of Hvar. About two hours off the coast, Hvar is home to several small crags right next to the ocean as well as a well-developed and privately owned crag on the wild side of the island. Several newly developed crags dot the island and crowds were non-existent. Steep limestone against a sea so beautiful it almost seemed unreal, greeted us daily. Here we would climb until lunch and then walk down to the beach and order the tastiest pizza from a tiny restaurant with the sea lapping at it’s patio. After lunch it was back to the crag or hangout on the beach.

Our last day was spent at a crag called Cliffside. Its a pay to play set up, but don’t let that scare you off, its really cheap and the routes are amazing – long, steep and really fun.

On the ferry ride back to the mainland after over a week of climbing and relaxing, we all were wondering if we really did have to go home. Couldn’t we just send for the dog? And the van? Traveling with your family anywhere can be stressful. Cyn (my wife) and I agree that we want to share experiences of not just climbing, but of local cultures and geographical beauty.

Not everyday went perfectly, but it was close and we were together climbing in a beautiful place with no real agenda. I think when you look at it it really won’t get better than that.