There are no roads into Mount Edziza Provincial Park, but there are plenty of ways to get to know it.  As we gazed over the vast wilderness that Jarrett Quock and his ancestors called home, it was clear we had come to the right place to begin to understand this mythical place.

A Tahltan Guardian, Quock knew the land better than most. We were just off the side of the highway overlooking the Grand Canyon of the Stikine River, taking in the untouched and unfamiliar wilderness for the first time.

Nearby, a moose was being gutted and prepared for harvest.

“Not everyone knows how to make a moose toboggan,” Quock explained.

Just a few minutes earlier, we had happened upon a group of fourteen bears along the side of the highway. Pair that all with the breathtaking views, and we knew we were in the right place. 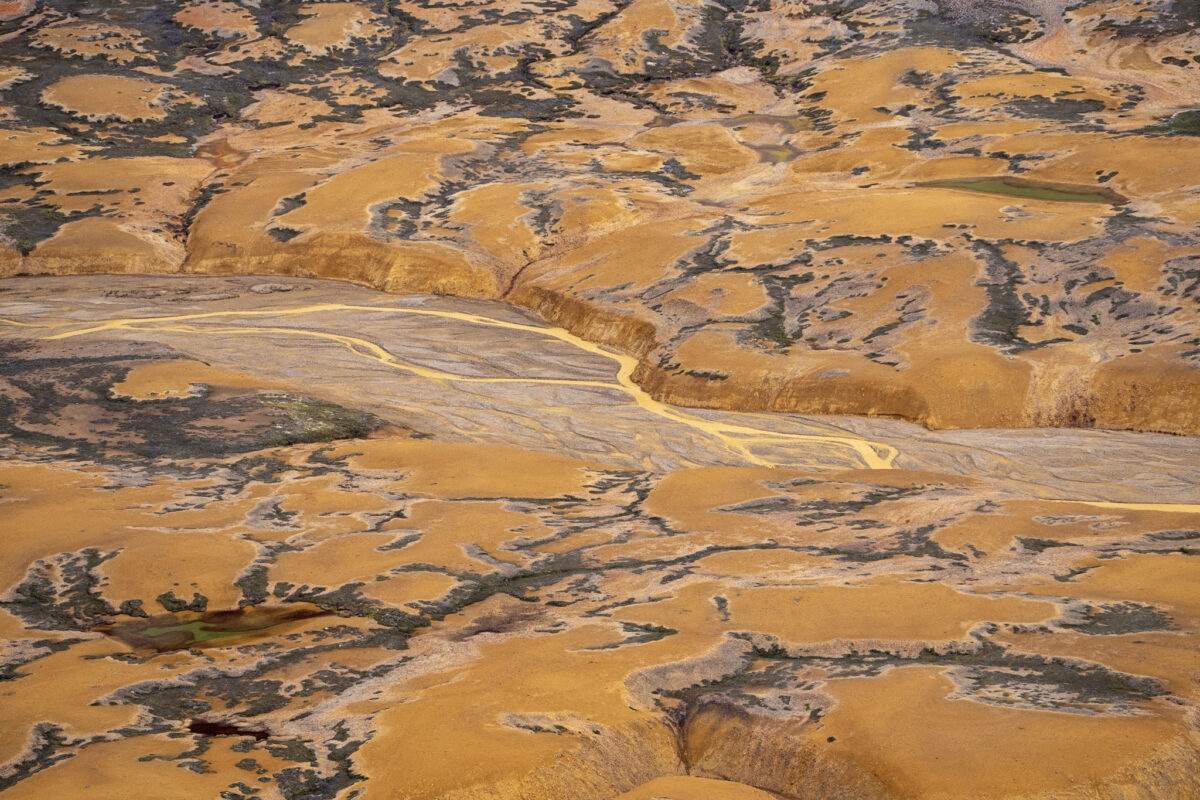 Eric Carter and I made the long trek up to Dease Lake, British Columbia to visit the other worldly landscape of Mount Edziza Provincial Park in late August of 2021. I had first heard of the park four-years earlier when I drove up the Stewart – Cassiar Highway on my way to honeymoon in the Yukon. My wife, Laura Kosakoski and I had stopped at the Tatogga Lake Resort in Dease Lake to stretch our legs and get some food.

The resort, which is more like a rustic lodge, had a mini museum in it full of the history of the area, as well as several very impressive, if not creepy, taxidermized local animal species. The eccentric owner, John, served us some freshly caught mountain goat stew with Bannock, and I leafed through a brochure on the area. 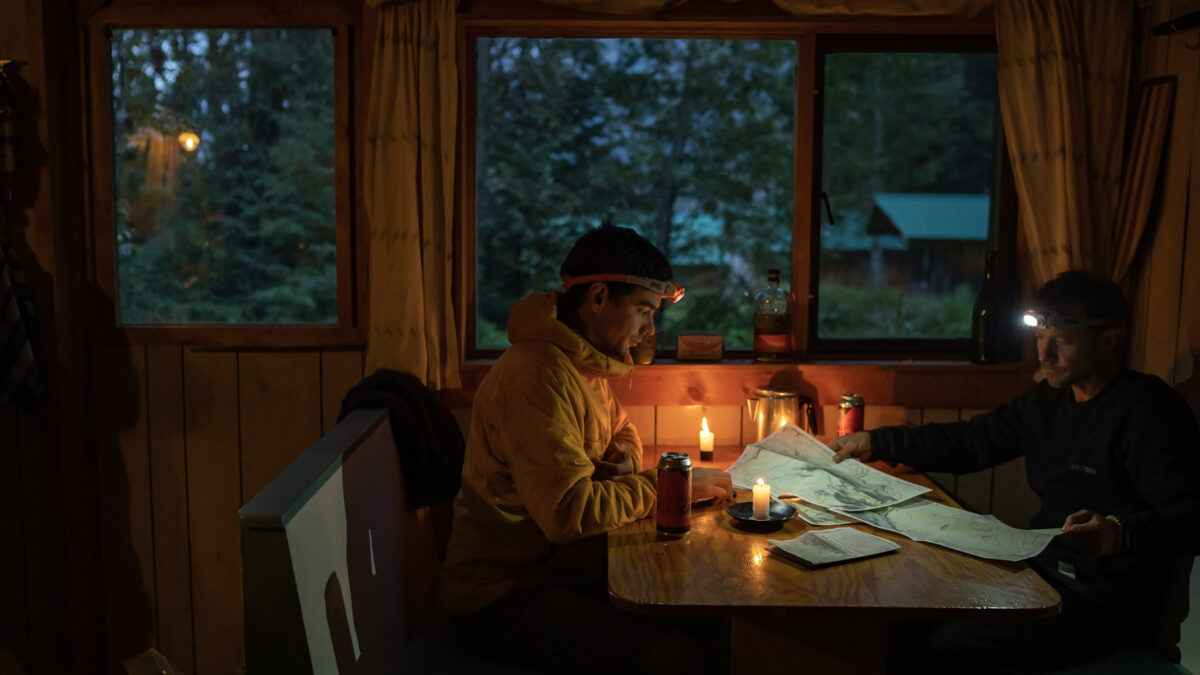 This park encompasses over 230,000 hectares of the Tahltan Highlands. As I leafed through the brochure in the lodge that day, I was struck by the spectacular volcanic landscape that includes lava flows, basalt plateaus, cinder fields and cinder cones. Mount Edziza itself, (2,787 meters) is a composite volcano consisting of thin basalt flows and a central dome with a glaciated crater nearly 2,500 meters in diameter. The area is rich in wildlife, including caribou, grizzly and black bears, moose, sheep, a wide variety of birds and mountain goats, one of which we were currently feasting on.

What struck me most was how hard the area was to get to – Laura and I vowed to come back.

Since my last visit up there, my wife passed away in a tragic accident that only increased my desire to visit the region. It felt like an important place to experience and bring her memory with me. Once travel restrictions lifted, I pitched the idea of heading north. In a strange coincidence, my good friend and fellow Arc’teryx athlete Eric had been approached by the local tourism board about visiting the region. Some signs are too obvious to pass on, so we ventured north. 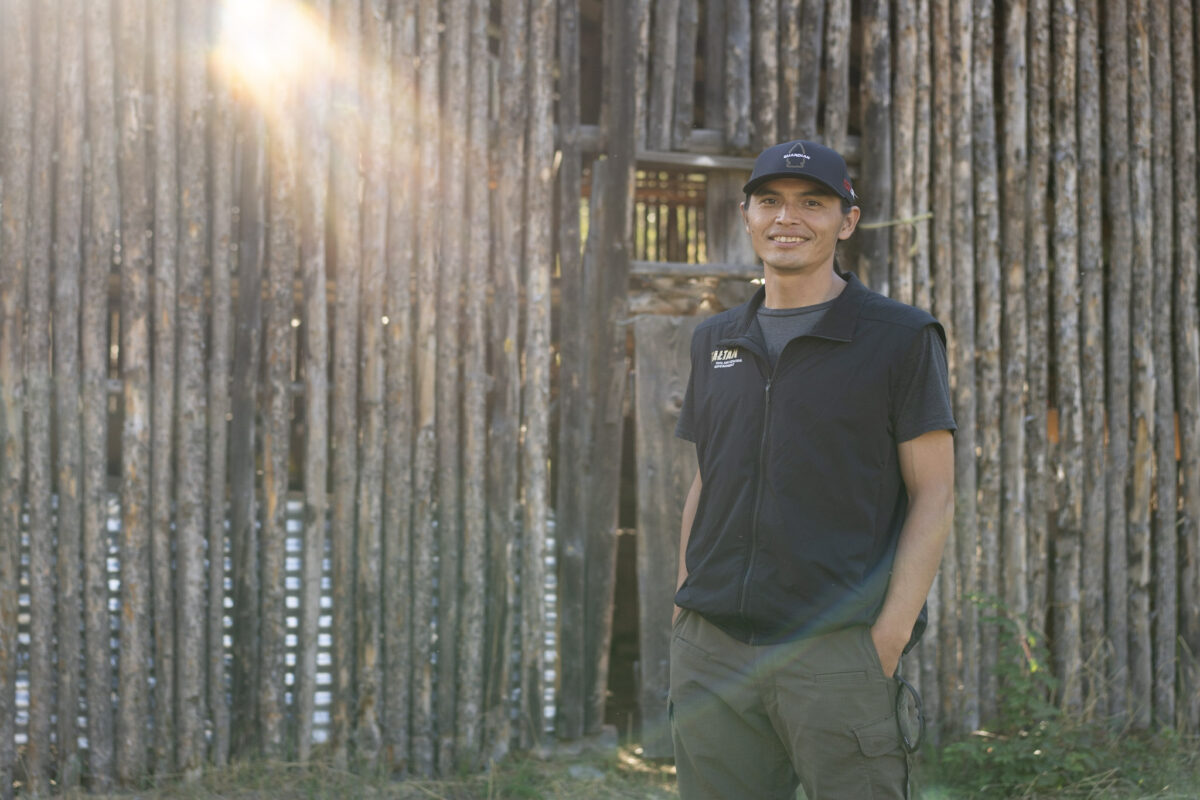 One thing that Eric and I both value when we go to a new area is gaining as much local knowledge as possible. Which is why we found ourselves four-hours down a logging road, above a traditional fish camp, with Jarrett talking to us about moose toboggans.

A member of the Tahltan Nation, Jarrett grew up learning about the land from his grandparents.

“Being connected to the land and talking with a lot of elders and listening to their stories. It’s helped me overcome addiction, and has brought pride to me,” Jarrett explained.

To pass on that pride, Jarrett has helped expand the guardian program in the area, and he always tries to encourage youth in the community to connect with the land. The program trains guardians who can help manage protected areas, restore animals and plants, work with local hunters, test water quality, and monitor development projects. Their work is guided by science, both Indigenous and Western. They are trained in data collection and water quality analysis and learn from their Elders about relationships with animals and changes on the land. They also maintain cultural sites and welcome visitors to traditional territories.

Jarrett clearly took this last point seriously— he had made the long trek out to meet us and pass on his knowledge despite battling lung cancer.

As Jarrett told us about his family’s connection to the area, he casually pointed out sheep two ridgelines over from us that only the keen eye of a hunter would have seen. Another clear sign of his deep mastery and knowledge of the land. 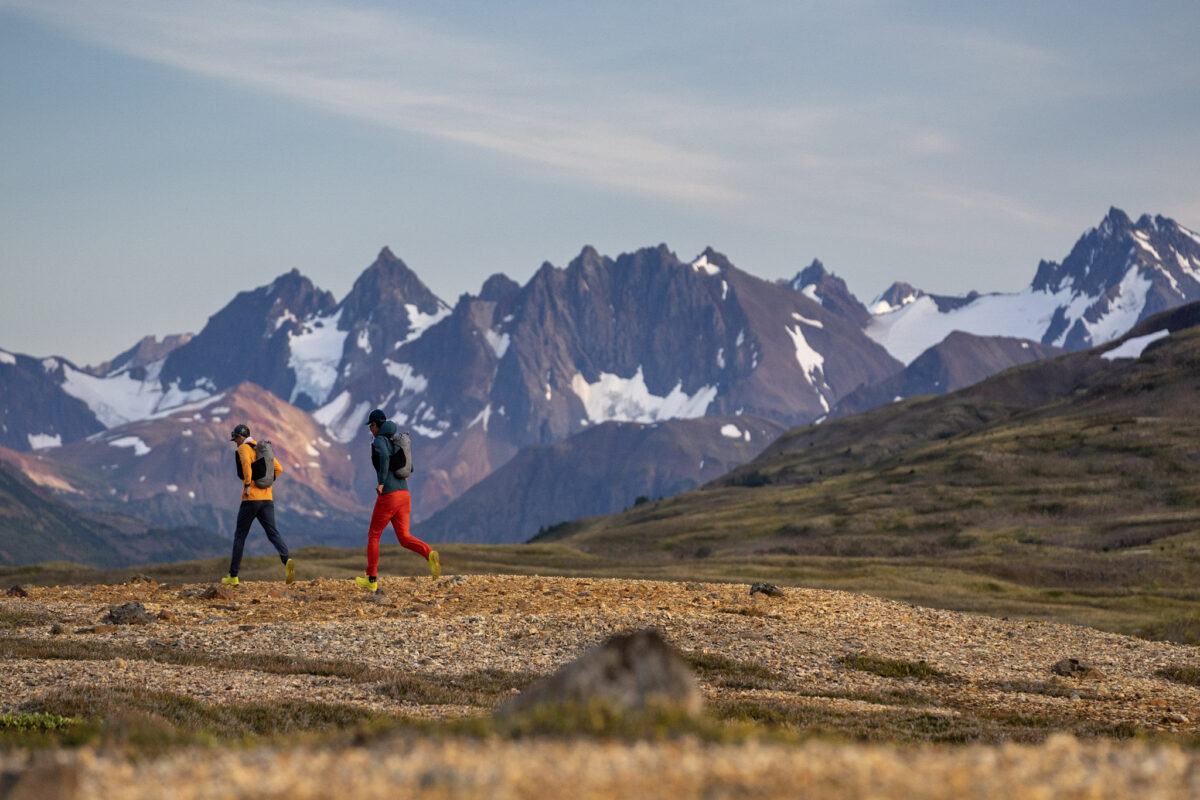 We asked Jarrett how we, and anyone visiting the Tahltan lands, should approach our trip. He asked us to show respect to locals, to interact with people in a kind way, to minimize our impact on the area, to leave any hunting camps we might come across alone and to not leave garbage in the area. Before leaving, we asked Jarrett for permission to enter their traditional lands. We were honoured that he granted it to us.

Dropped off in the middle of the park, in our time there we did not see another human, nor did we cross any trails. The constantly changing landscape of rough scree, volcanic rock, bog and sediment, collided with the mind-bending beauty of the surrounding ridges and peaks offering up surreal views and dynamic weather. The surprise late summer snowstorm and bone chilling rain made for at times challenging travel, but it also added to a truly unforgettable experience.

Despite feeling alone and vulnerable at times, we were also constantly aware of the long history of Indigenous travel to the region. We were all deeply impacted that we were able to experience a place in much the same state as the centuries of hunters, traders and travellers before us would have experienced.

We would like to thank Jarrett, the Tahltan Nation and Northern BC Tourism for the opportunity to visit this wonderful part of the world. 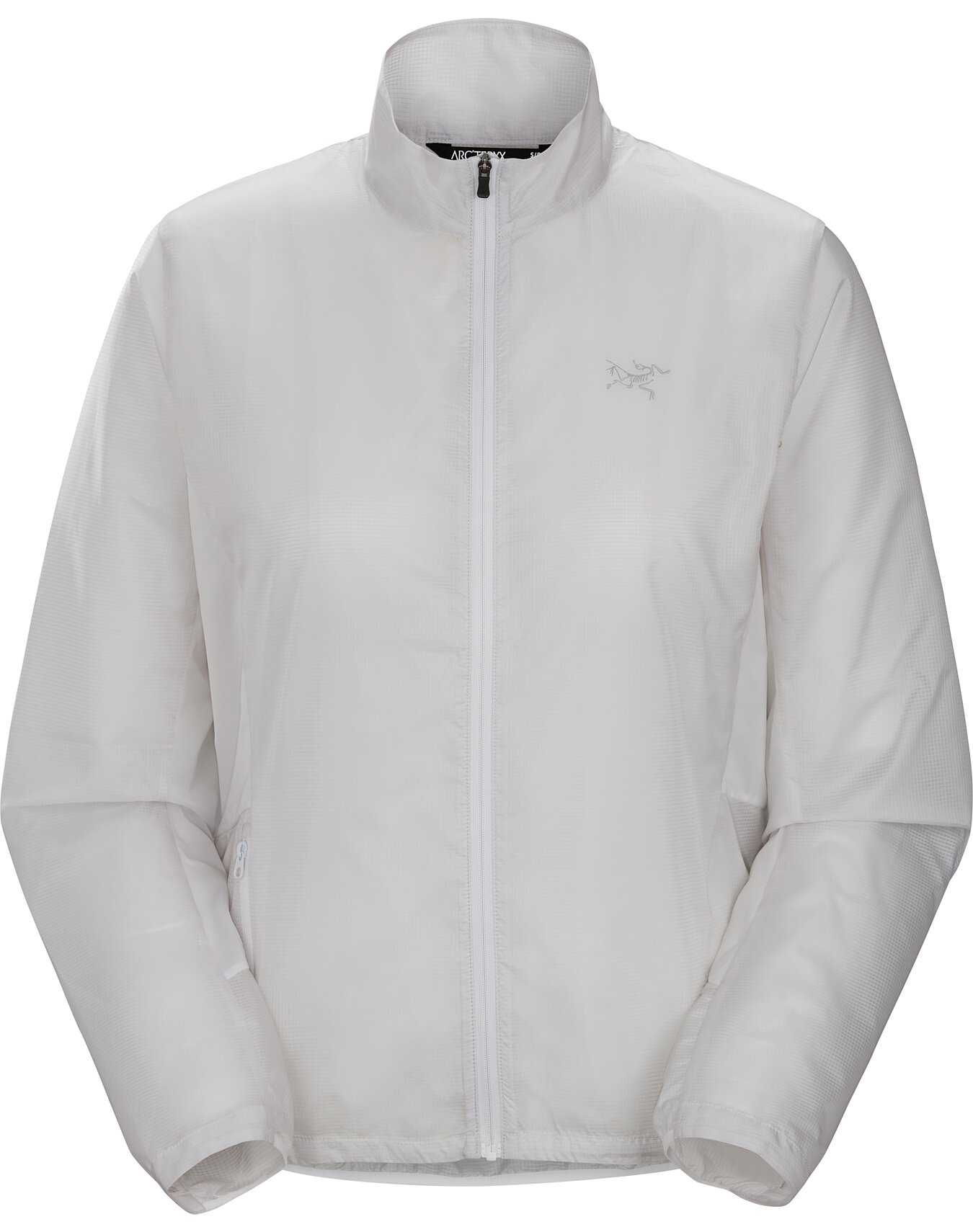 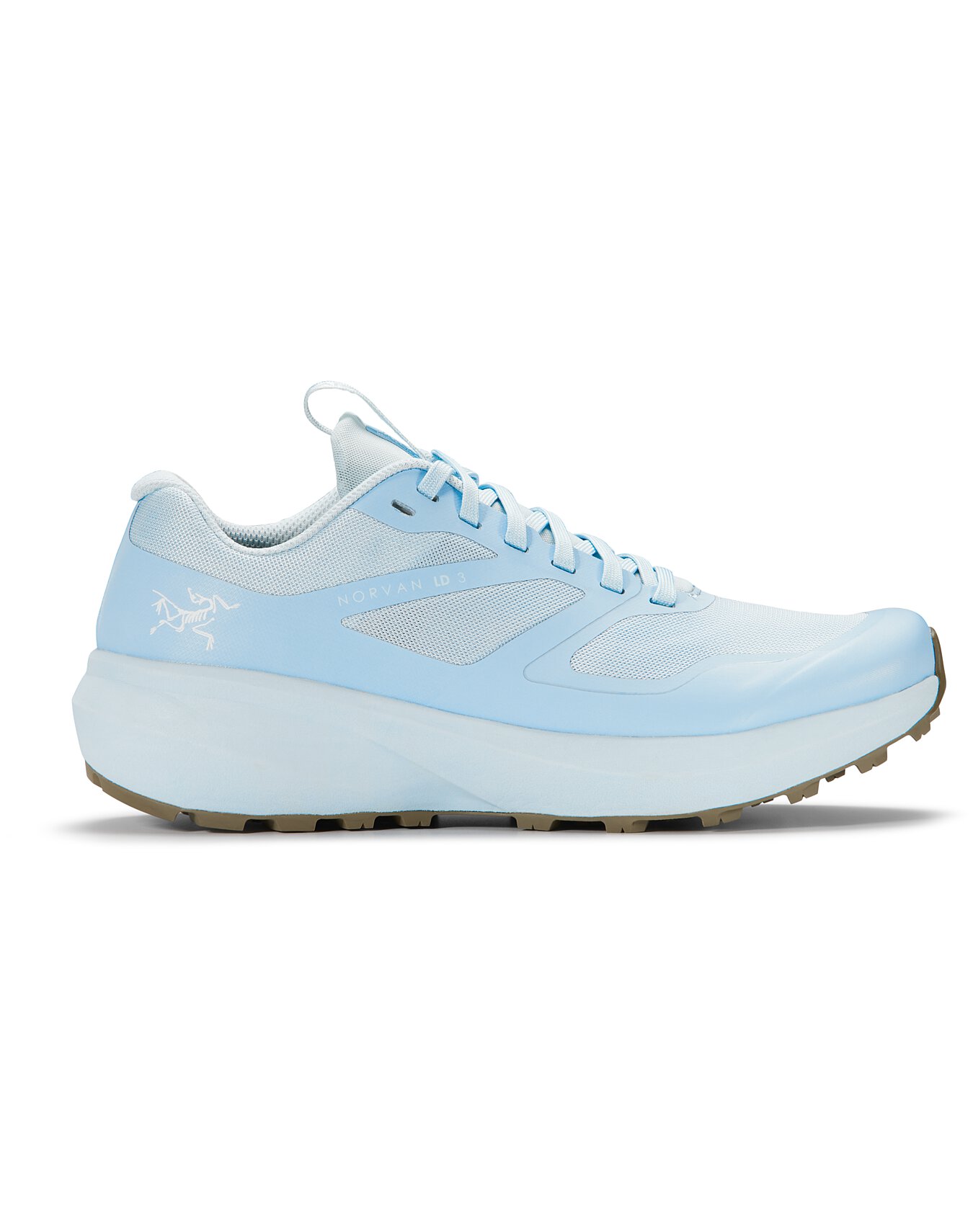 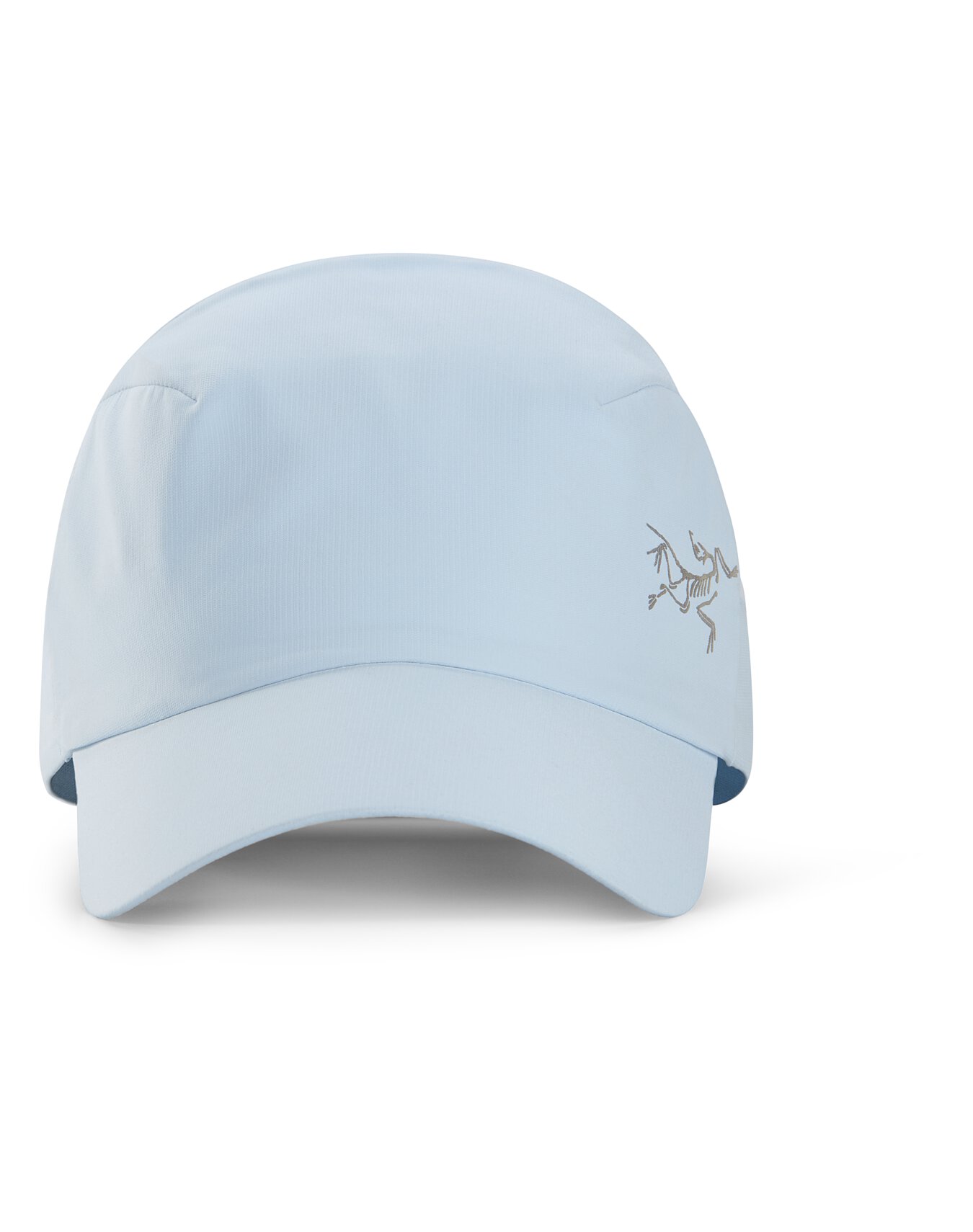 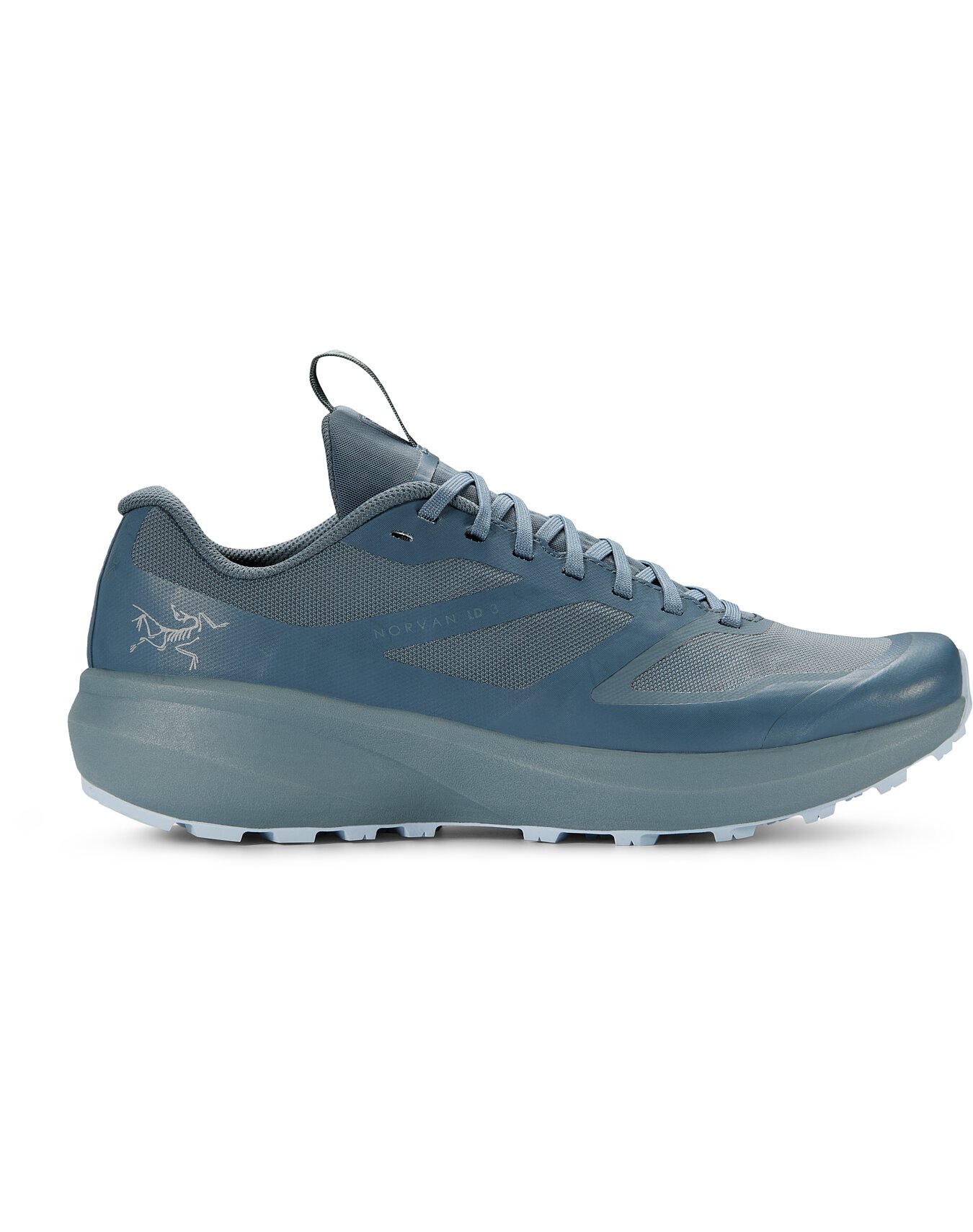 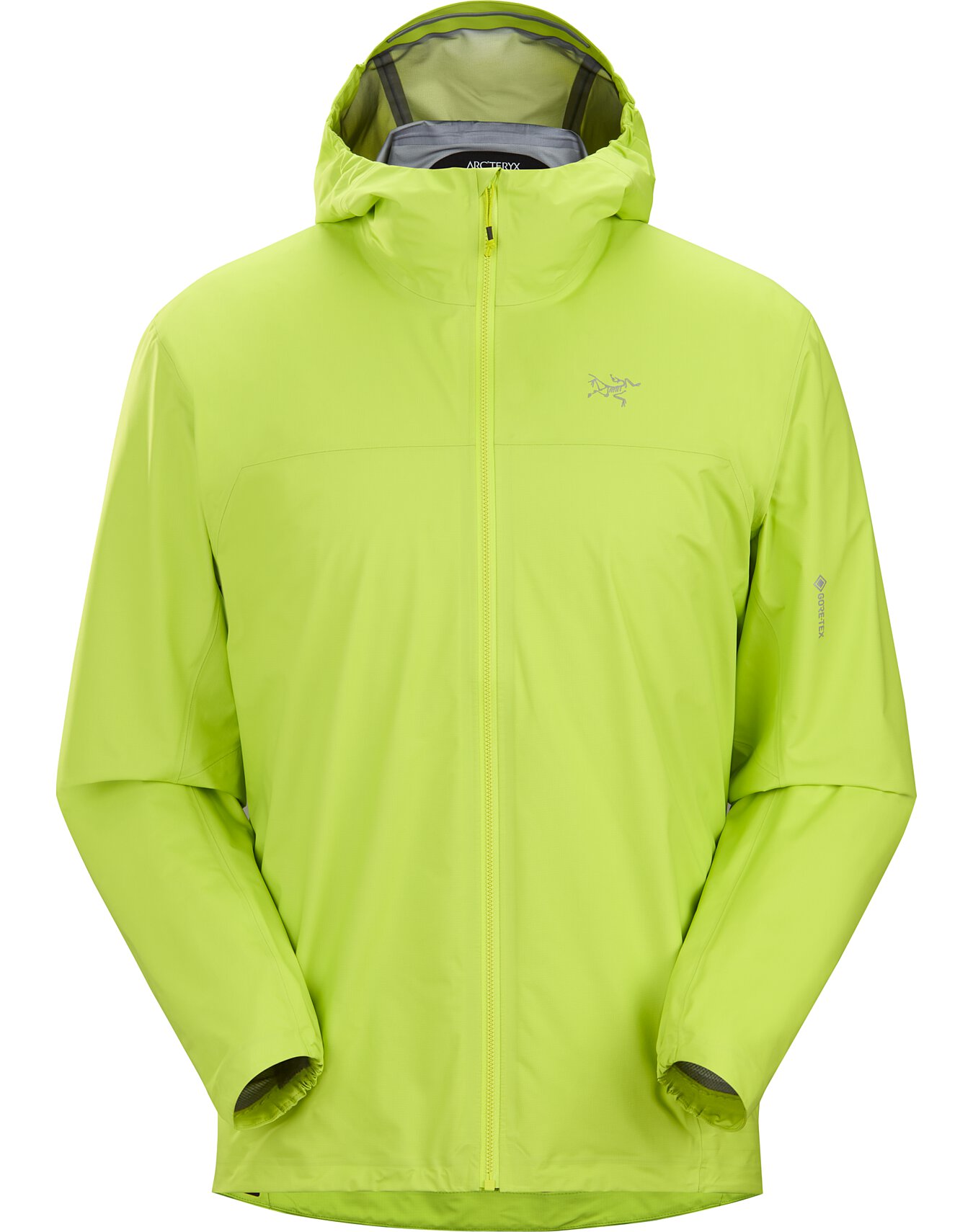