“What do you want to be when you grow up?” It’s an innocuous question for children, and one that carries little weight for the average elementary student. After all, there is a seemingly limitless void of time between grade school and the pressures of a career. We want to be firefighters, police, marine biologists; when we end up being blog writers and accountants and parking lot attendants, we retain little memory of the path that got us there, and only a distant recollection of those original lofty goals. Not so for Danyelle Magnan, born to two environmentalist parents and raised in the low-key, big-relief mountain magnet of Jasper National Park, Alberta, “I grew up in Maligne Canyon in the woods in a little cabin with no electricity and no running water.” Magnan says. “I watched the park wardens working and I thought that was the coolest job in the world. That’s when I knew I wanted to be one.” Magnan remembers the origin story, and the path laid out before her, clearly. Or rather, the path she designed for herself. We all can’t be rock stars, or pro skiers, or award-winning filmmakers, but some of us can. Fast forward 30 years from that moment of illumination in elementary school, and Magnan is now an avalanche operations officer for Parks Canada at Rogers Pass, B.C., near her adopted hometown of Revelstoke. In this role, Magnan is an avalanche forecaster for one of North America’s most cherished—and volatile—backcountry skiing destinations, and helps direct the avalanche control program, a massive undertaking considering the importance of the road that runs through the park, the Trans-Canada Highway. The avalanche control program involves coordination of a team of Parks Canada avalanche forecasters and technicians, visitor safety and highway operations staff, and Canadian Armed Forces personnel and Howitzers, under Operation PALACI, to ensure the safety and reliability of the transportation corridor in the most efficient and effective way. “It’s a partnership that has been almost 60 years now, and it allows us to do avalanche control 24 hours a day without being limited by light or weather.” she says. “With all of our target data, we can go out in the middle of the night and we can fire because we already have predetermined coordinates.” The job is undeniably rad, and one that many in the field of mountain operations strive for. So how did Magnan end up in this position? The same suite of answers heard in any other covered jobs arises: hard work, focus, drive, etc. But there’s one thread that runs through Magnan’s career preparation from those humble beginnings in Jasper to the top of the mountain in Rogers Pass: a love of snow. “I was always a passionate winter person.” says Magnan. “I competed in snowboarding throughout university. I eventually switched over to skiing. I felt pretty lucky once I realized I could make a living in the snow.” 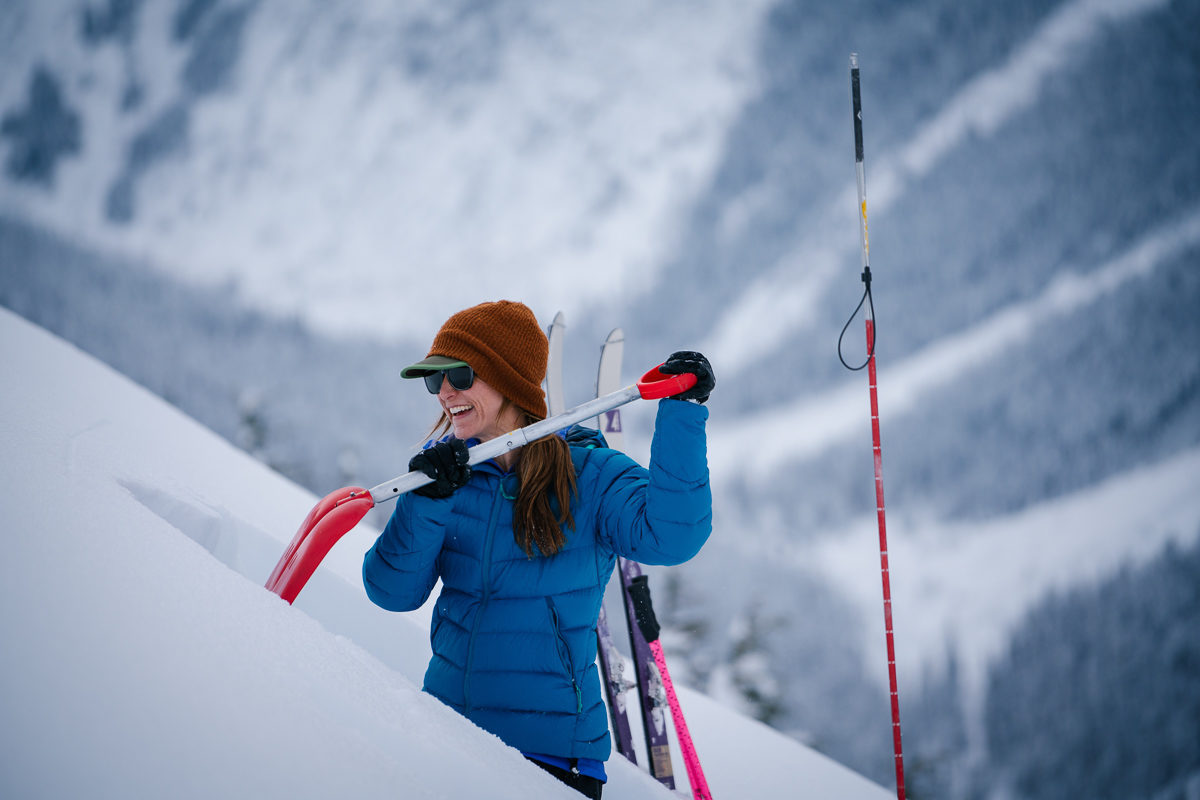 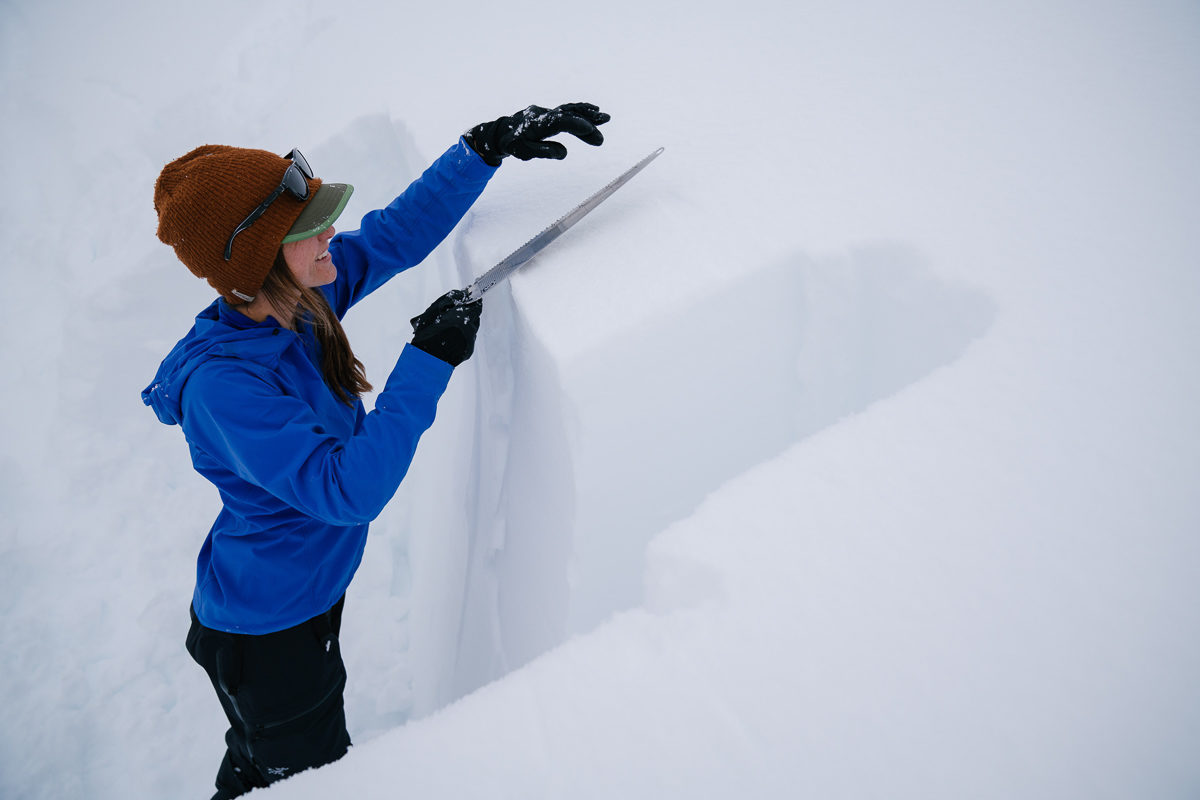 Of course, calling the shots as an avalanche forecaster takes more than dreams. Magnan’s list of industry certifications runs a long as a Rogers Pass slide path, from professional level avalanche certifications, specialised rescue training to explosives endorsements, and her skiing experience is shored up with the most important designation of all, the Association of Canadian Mountain Guides (ACMG) ski guiding certification. “I am a ski guide.” she confirms. “But I didn’t go for the full mountain certification, although I’m obsessed with climbing. It’s become my passion.” 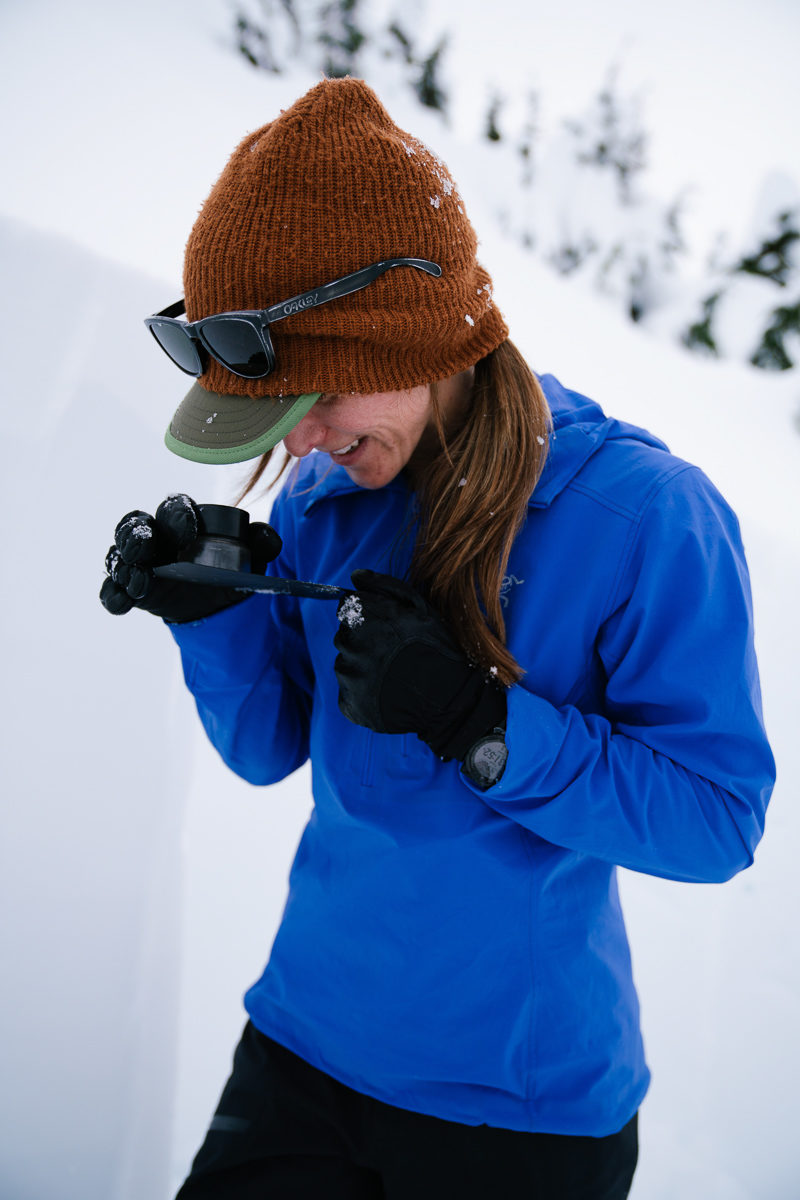 Sitting amongst the wall of framed certificates is a natural sciences degree from the University of Calgary, a requirement when she first started as a Parks Canada warden, a job that requires a sharp mind and a keen eye in Canada’s sacred national parks. “I went to University, did a bit of ski patrolling, started ticking those boxes and seeking out mentors.” she says. “I didn’t know many people that were backcountry skiing at that point. Most of the people I was still running with were riding terrain parks. I distinctly remember my first trip to Rogers Pass when I was in University, snowshoeing up Grizzly Shoulder and being in awe of it.” She says, laughing. “It’s hilarious now, I’m looking across the street from my office as I speak to you, and I remember thinking about how huge it was that time. It was huge and inspiring, and I wanted to learn more.” Still, she persisted. And once again, the love of snow continued to propel her forward on the career skintrail. 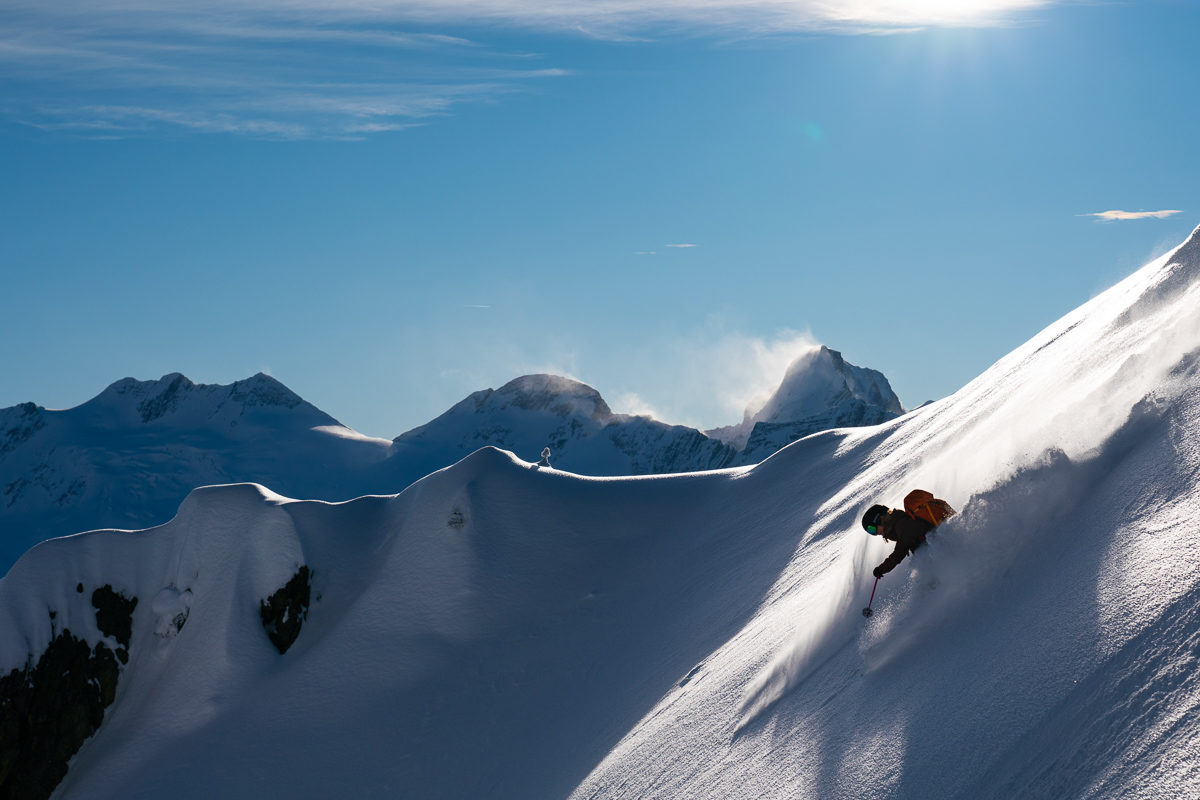 “My park warden job brought me to Revelstoke, where I really fell in love with backcountry skiing.” She recalls. “I was totally hooked. On my days off I was skiing with a group of motivated people, like Greg Hill and Joey Vosburgh, who exposed me to so much. I had an accelerated learning curve. At work, I had amazing mentors like Sylvia Forest, Grant Statham and Jeff Goodrich, and I could not have moved up into a forecasting position without their mentorship.” “You are lucky to have such a rad job.” is a statement heard by few people. Hopefully, if we are lucky, we will hear it during our lifetime. Most will not. It’s taken Magnan over 15 years of hard work and laser focus to arrive here—and a lifetime of preparation. Luck has little to do with it. “It’s funny how life can take you to different places.” she says “I don’t think I ended up where I thought I would have when I started. But even as a teenager looking ahead, I would have been excited to have ended up here. I love my job. I feel that I am contributing to the overall safety of the travelling public, and facilitating people ski touring and visiting places that I adore. Glacier National Park is a special place, and to help people see it is very satisfying.” 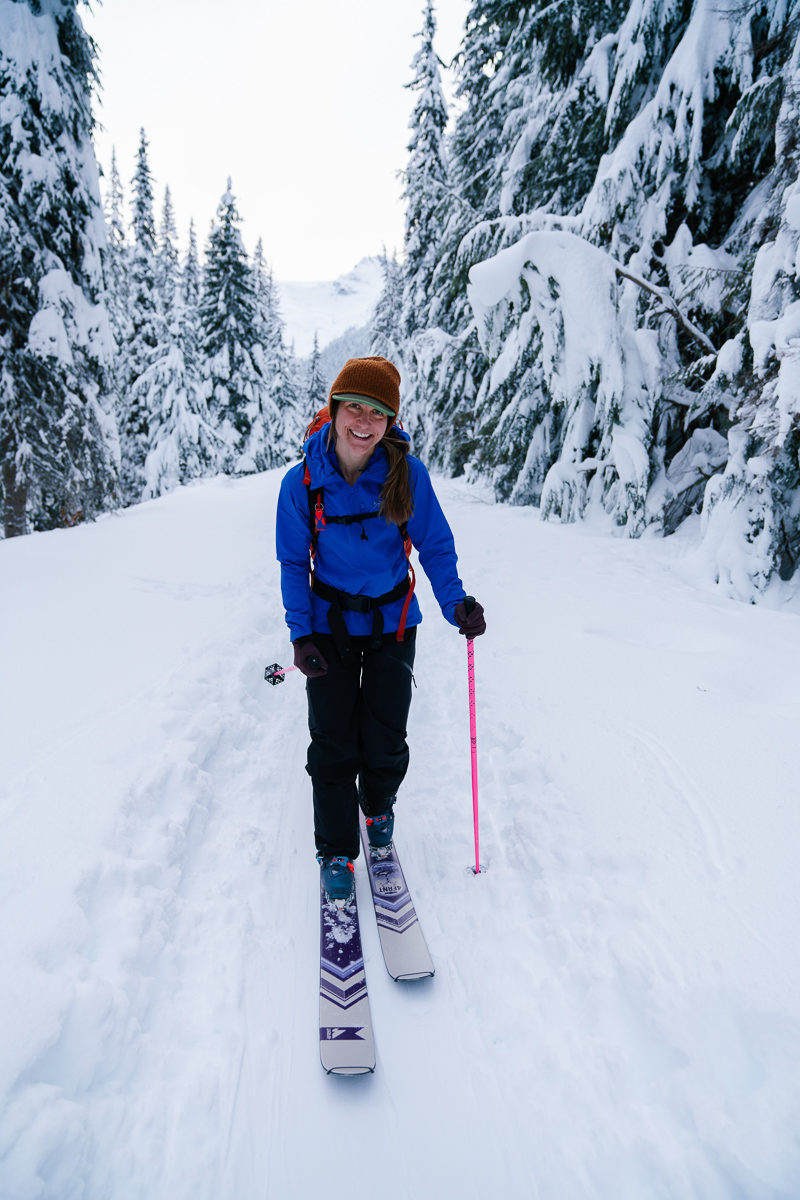