Words and photos by Mattias Fredriksson

Stian Hagen is one of the oldest active pro skiers in the industry. Together with legends like Mike Douglas and Chris Davenport, Stian has been in the game for more than two decades and shows no signs of slowing down.

He first came to Chamonix with his parents Unn and Finn Hagen when he was 12 years old. 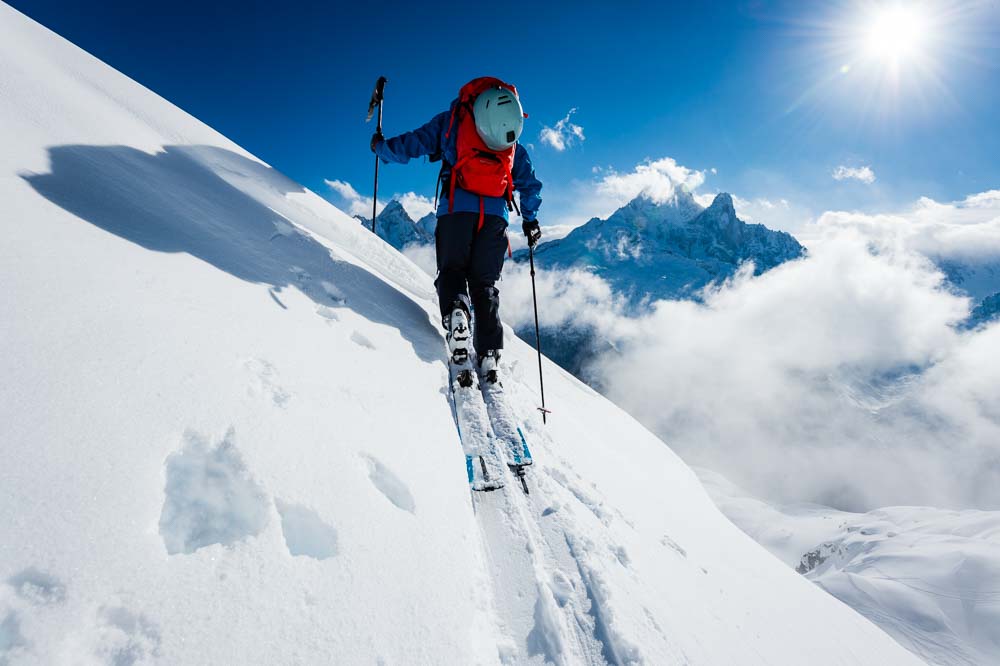 “It was in the summer time and we were hiking. I was totally blown away by the mountains, but at this point I was more of a ski jumper and cross country skier so free skiing did not exist in my life at all.”

It took until Stian was 19 years old before he came back to Chamonix, now with friends for a week of skiing and the impression of Chamonix gave more of a “wow” effect this time.

The next winter he packed his beaten down Fiat and drove down to Chamonix for his first winter as a ski bum in the valley. 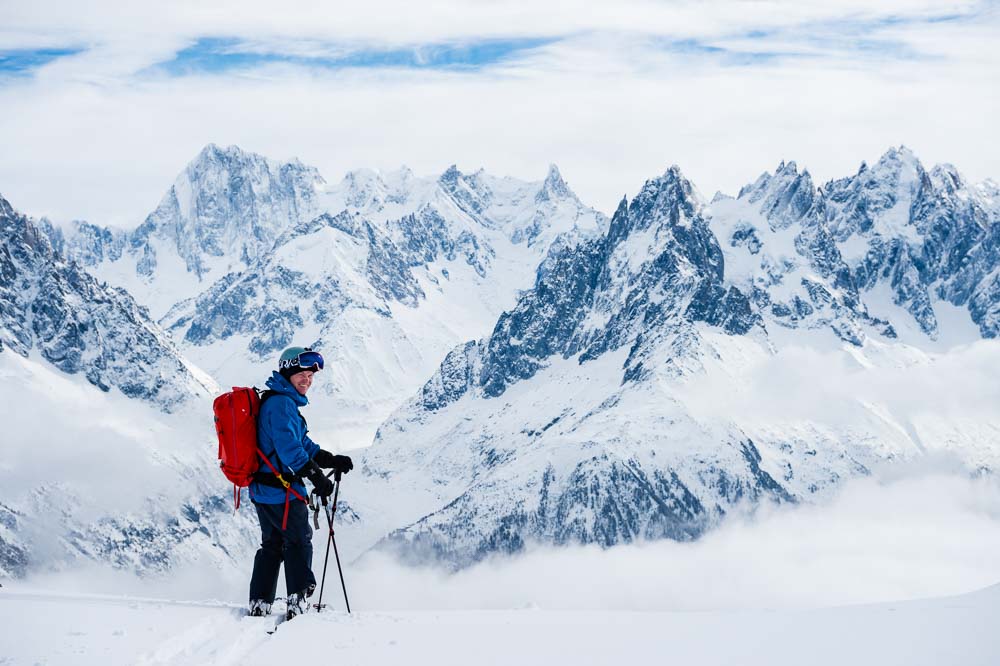 “The first few years I lived in a tent in Argentière for several months each winter, skied every day and lived a very simple life. I woke up in the morning, went to the lift and skied with the people I met on the mountain. Most people barely had a phone and this was before all social media so it was more spontaneous,” Stian says when he thinks back on the early days.

Stian skied a lot, every day and he was getting good. Really good. He was a telemark skier when he arrived in Chamonix, but in his second season he switched to alpine gear. Stian quickly realized the tele gear was not good enough to develop his skiing and continue to ski the steep lines he had started to tick off. A wise decision, as things turned out. 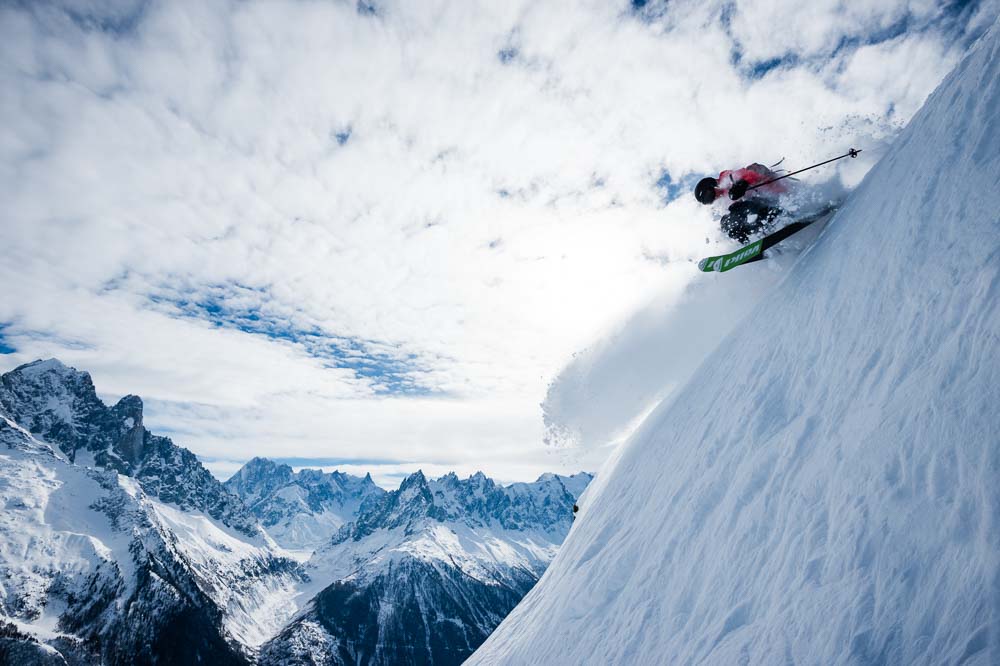 “I am so thankful I got to experience these years and in this way. It was great for me to do the first few seasons totally for myself, without any pressure from sponsors, social media and pressure from others. I could just focus on skiing and work on my own progression.”

At the time, Stian was one of few people who were skiing the classic routes in the Mont Blanc massif such as Mallory, Gervasutti and Colouir Jager. 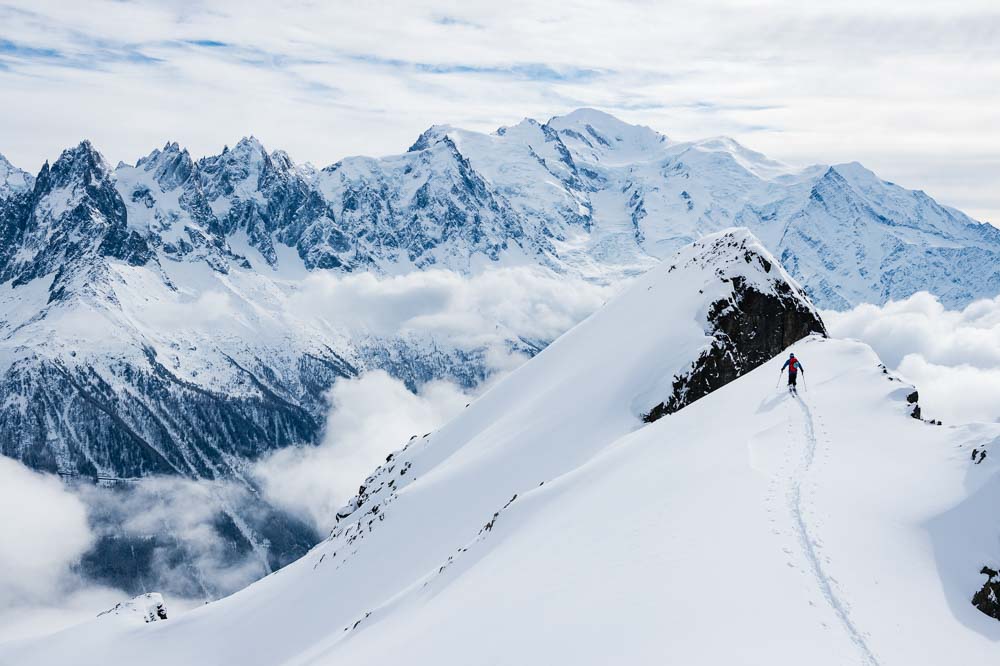 “Nowadays it’s not a big deal for people to ski the north face of Aiguille du Midi or any of the classic steep skiing lines. It is scary how it’s become the norm over the years. It’s not for me anymore, I’m not interested in the risk of someone dropping in on top of me.”

Stian talks often about the exposure time. If you are in the mountains a lot, you are in a dangerous element that you cannot control.

“It is important to be comfortable to say no and feel proud of taking a conservative decision, turn around or go for a safer route,” says Stian. “15 years ago, I was totally wild, there is no doubt about that. I took a lot of risks, wanted to show off and make a name for myself. Typical for a young man in my 20s I guess, I was not totally safe and was after the adrenaline.”

The ski industry had a few rough years during the 90s in the shadow of snowboarding, which boomed and got all the attention. However, just as Stian started to establish himself as one of the most accomplished skiers in the Chamonix valley, the free skiing boom was about to take off and suddenly all the ski companies saw a huge potential in the ski scene again. 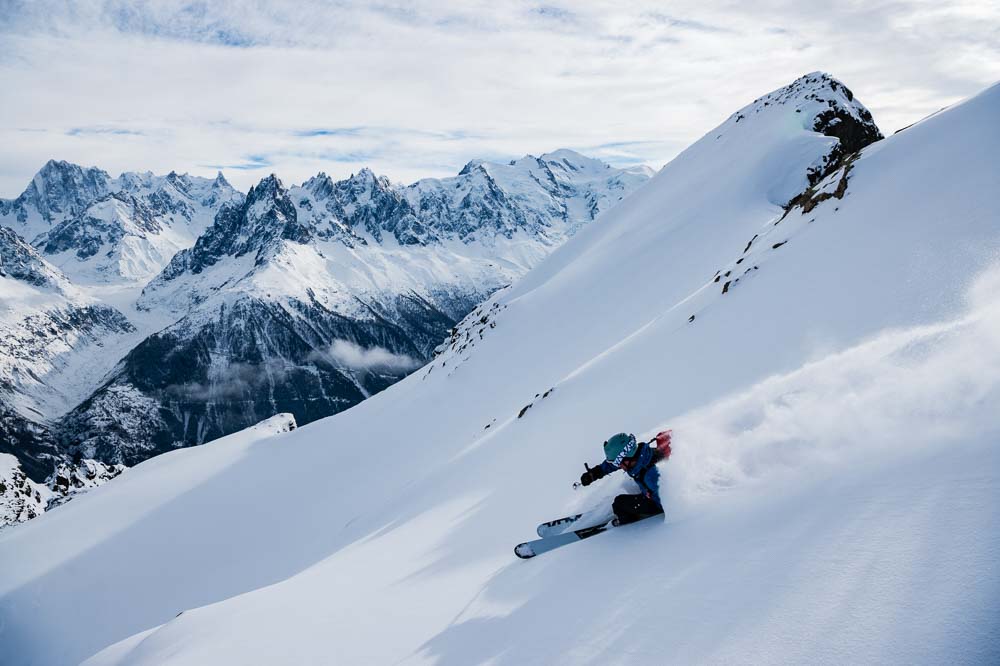 “It was a total accident for me, I never had a plan or a goal to become a pro skier – it just happened by chance. I was very fortunate and I took advantage of it. Nowadays it feels like the kids have a plan when they are 12 years old and know exactly what they want.”

During more than 10 years Stian filmed with Matchstick Productions and a few other ski film companies. He was, and still is, the only Norwegian big mountain skier to make it on the global scene. For more than 20 years he has been a favourite skier for some of the top ski photographers and there have been countless ski magazine covers of Stian Hagen all over the world. He is still an active free skier but these days he works more as a consultant and a product developer for the brands he represents. “I have always been interested in gear so having the possibility to work with some of the leading companies in the ski industry to develop new products is both fun and fulfilling.”

Perhaps it was just a natural transition in a long career, but it might also have had something to do with family. Stian met his wife Andrea Binning already in 1999 when she came to Chamonix to spend a winter. Andrea was a pro skier too and the couple shared a lot of adventures together in the mountains for many years. Andrea decided to retire from the professional ski life six years ago after their son Aksel was born. Now they also have a daughter, Camilla, who is three years old. 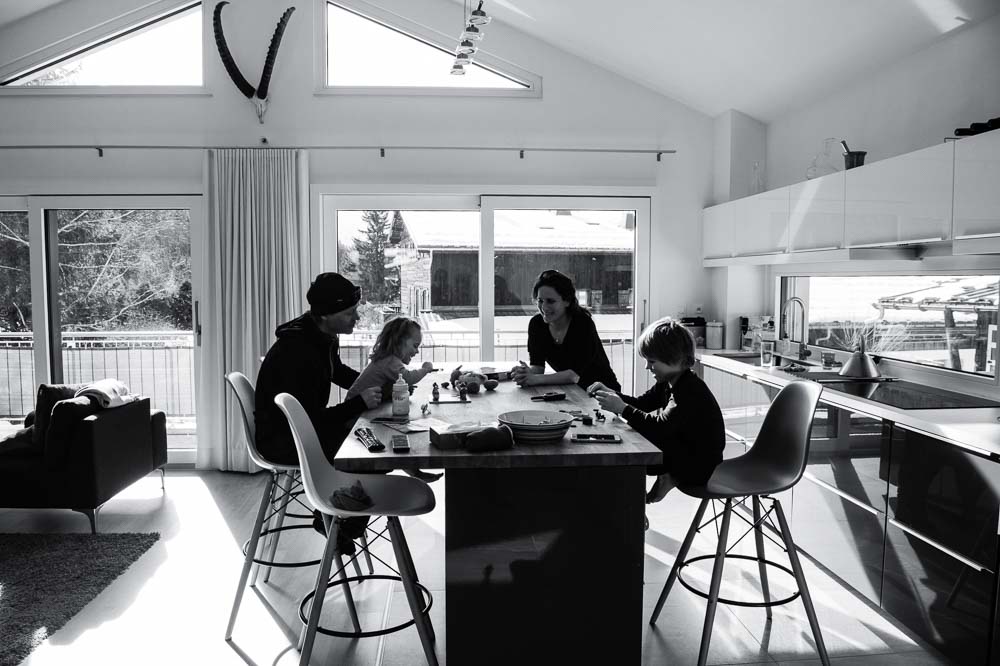 “My attitude towards the mountains and the risks have gradually changed. When you see friends and people in your community pass away, obviously, you get more and more aware. With kids and family at home, the most important thing at the end of the day is to come home in one piece.”

At one point Stian decided to become a mountain guide, mostly because his friend had decided to apply.

“It was a bit of a backup plan, something to do after the ski career. I would never think I would be able to keep being a pro skier after 30 and definitely not after becoming 40. Fortunately, I have just kept doing the pro skier thing so I have honestly not worked much as a guide,” Stian laughs. “It’s great to have the guide profession in my back pocket though. It will always be possible to earn a living being a mountain guide here in Chamonix. Having that behind me has created a confidence for my career as a skier, especially now when we have two kids. I can always fall back to the guide profession if something goes sideways and still support my family.”

Stian, now 42 years old, is juggling the life of a professional skier with being a family man. He doesn’t see himself changing his life that much moving forward.

“I really like where I am at right now and in five years I think I will do pretty much the same as today. I enjoy working with product development, testing products and obviously, the skiing part. I think the companies have realized they need ambassadors with different characters so even an old fart like me have a place in the ski industry still.”
____

Mattias Fredriksson is a renowned Swedish adventure photographer and journalist with a passion for story telling, mountains and good times. Follow Mattias on Instagram.

Ski season might be asleep for the summer in the northern hemisphere, but you can still join the alpine community and a crowd of Arc’teryx athletes and pros in Chamonix’s Alpine Village for the 2017 Arc’teryx Alpine Academy June 29 – July 2, 2017: