1993. Sharp edges bit into the pads of my fingers. Slowly, deliberately, mindful of the hard ground below me, I stepped up on subtle wrinkles in the stone. Outlined in chalk, they’d been my handholds a couple of moves earlier. I was through the crux; the problem was almost in the bag. 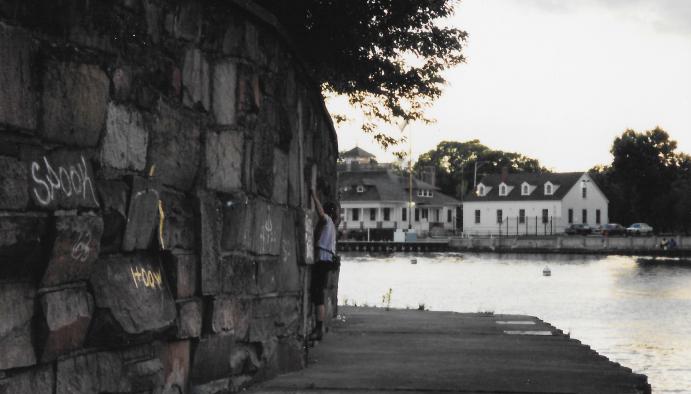 An empty beer bottle flew over the top of the wall to shatter on the concrete sidewalk. A head appeared over the parapet. 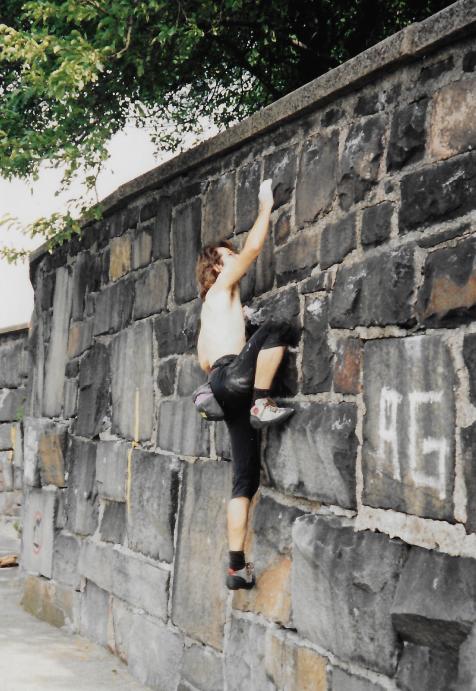 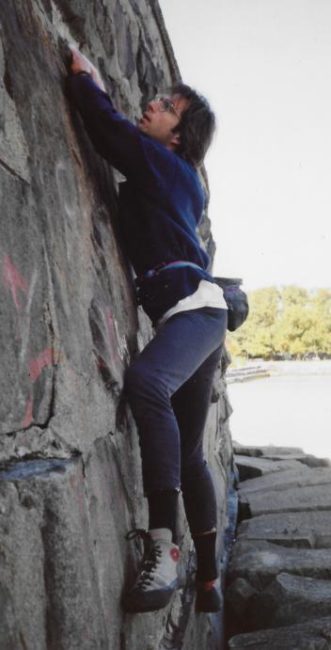 Chicago’s Southside isn’t known as a climbing hotspot. However, you make do with what you’ve got. In our search for the vertical in the vast flatland that is the Midwest, we – a small group of climbing-obsessed grad students at the University of Chicago – struck gold at the Harbour Wall. Truth be told, it was just a stone retaining wall at a marina on the shores of Lake Michigan. But to us, it was an escape from the horizontal world. Jeff Elam even produced a guidebook to the place.

2015. Fast-forward nearly a quarter of a century. A pile of gear is quickly growing in my basement. How’ll I squeeze it all into a couple of duffel bags? In just a few days I’ll be on a plane over the Pacific, bound for the chaos of Kathmandu and from there, Everest. Everest? Really? Just a few months ago, if you’d asked me if I had any interest in climbing the highest peak on the planet, I’d have said absolutely not. After all, there are countless mountains that are so much more beautiful, so much steeper, than that squat lump of limestone. Who cares that they’re not as tall? At least you don’t have to fight crowds to get at them. So what’s changed?

Two years ago, on K6 West in Pakistan’s Karakoram, Ian Welsted and I climbed higher than either of us had ever been before. Over five hard days, we swung and kicked our way up endless icefields interrupted by overhanging steps, before breathlessly stepping onto a virgin 7040-metre summit. The year before, when we were picking our objective, we’d briefly toyed with the idea of going to an eight-thousander. In the end, though, we thought we didn’t have enough high-altitude experience for anything but a normal route – and we weren’t interested in that.

All the same, having tasted the thin air seven kilometres up, I couldn’t help wondering how I’d do a kilometre higher. When Louis Rousseau mentioned his plan for a new route up Everest’s northeast face, my interest was piqued. A face rising above the East Rongbuk Glacier, starting at 6500 metres and tapering to an apex above 8000 metres, where the north and northeast ridges join. Only one route had been traced on it, an obvious snow-and-ice gully climbed nearly twenty years ago by a large Russian expedition. But there were other couloirs to its left and right that looked perfect for fast progress. Maybe here was a way to experience the world above 8000 metres in solitude, on untouched ground, with the light touch of alpine style. I thought of the late, great Alex Macintyre: “The wall was the ambition, the style became the obsession.” I emailed Louis back, asking him to tell me more.

In the end Louis couldn’t make it, but he generously agreed that Daniel Bartsch, David Gottler and I should go on with the project. Daniel and David, two German alpinists, vastly experienced at high altitude – and me, with twenty years of alpinism behind me, but only one foray a ropelength above 7000 metres. Well, I couldn’t do anything about that, but I could at least make sure I was in the best shape of my life. 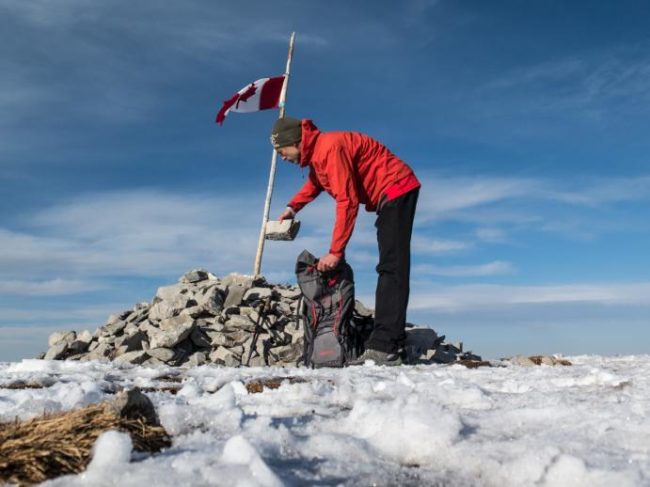 Thus began a winter of not much climbing but a lot of hiking. Straight from work I’d drive west, squinting at the sun sinking toward the saw-toothed outline of the Rockies. At the trailhead for Prairie Mountain, a humble bump in the forested foothills, I’d break through the ice on the creek to fill a heavy water jug then set off up the hill. If I were lucky, I’d manage the first lap before I had to turn my headlamp on. After leaky jugs soaked my back on a couple of occasions, I switched to rocks. The summit cairn grew; I felt like Sisyphus. Maybe the drinker on Chicago’s Southside had been right after all. Maybe all those years back at the Harbour Wall, I was already training for Everest”.