I thought I knew what deep was… until I went to Japan.

A friend once told me that he saw a sign at a ski hill in Japan that warned against drowning in deep snow if you go out of bounds. After a week of scouting around backcountry skiing zones in Hokkaido Japan, I am inclined to believe him.

The snow really feels light and deep enough to suffocate you should you fall in the wrong way. There’s no resistance like back home in BC. Even when it’s tits deep — you just keep picking up speed. Then there’s the faceshots that seem to last forever…like someone turns on the slo-mo mode, and puts a guy with a snow blower at the end of every turn to blast you in the face with extra snow.

So yes, it’s as good as everyone on social media boasts. JaPow is real, and you can buy beer out of vending machines.” 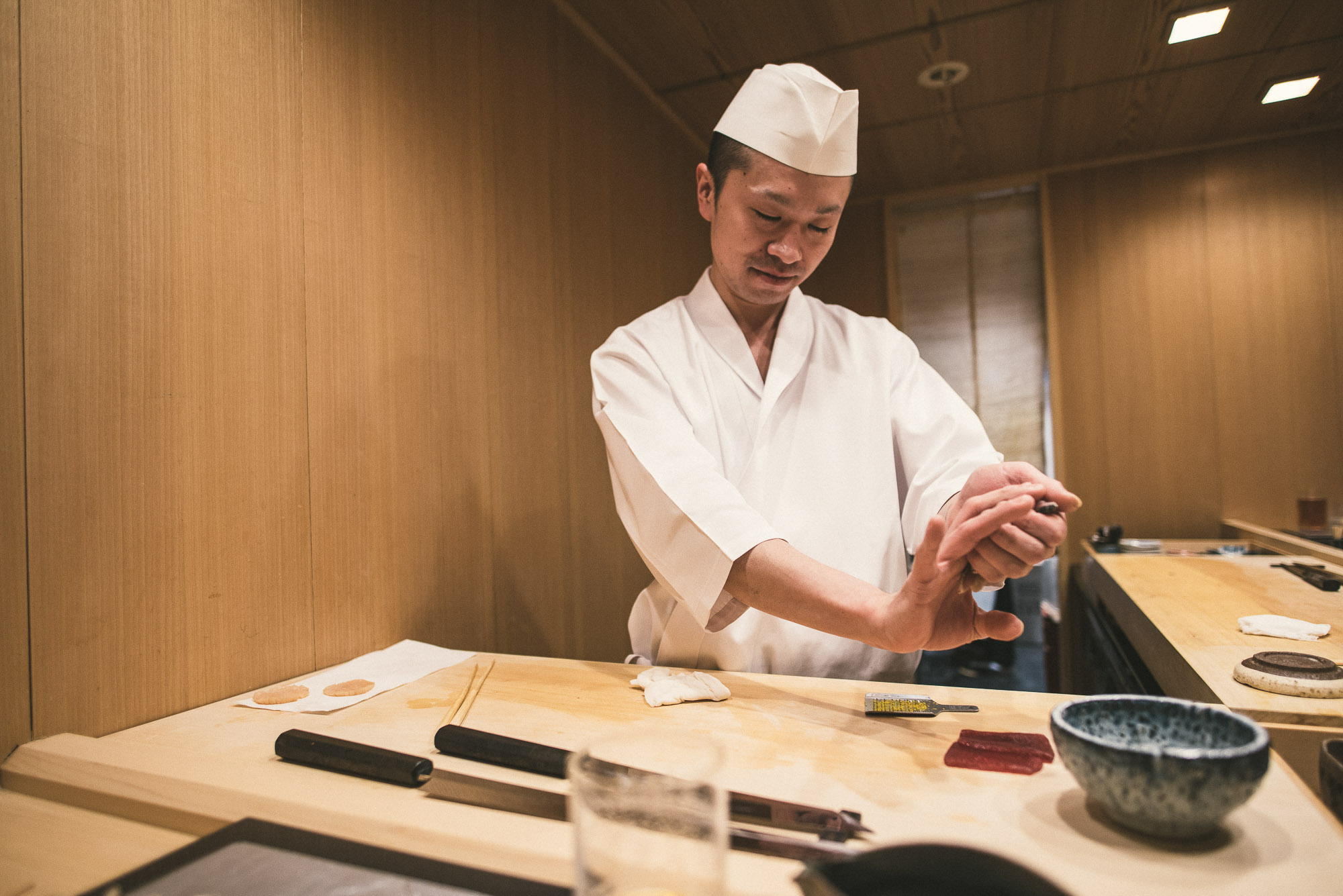 Just another impossible-to-find Michelin star six-seat sushi restaurant tucked away in the labyrinth of three-hundred thousand restaurants in Tokyo proper. Oda Shota prepares another best piece of sushi I have ever had. 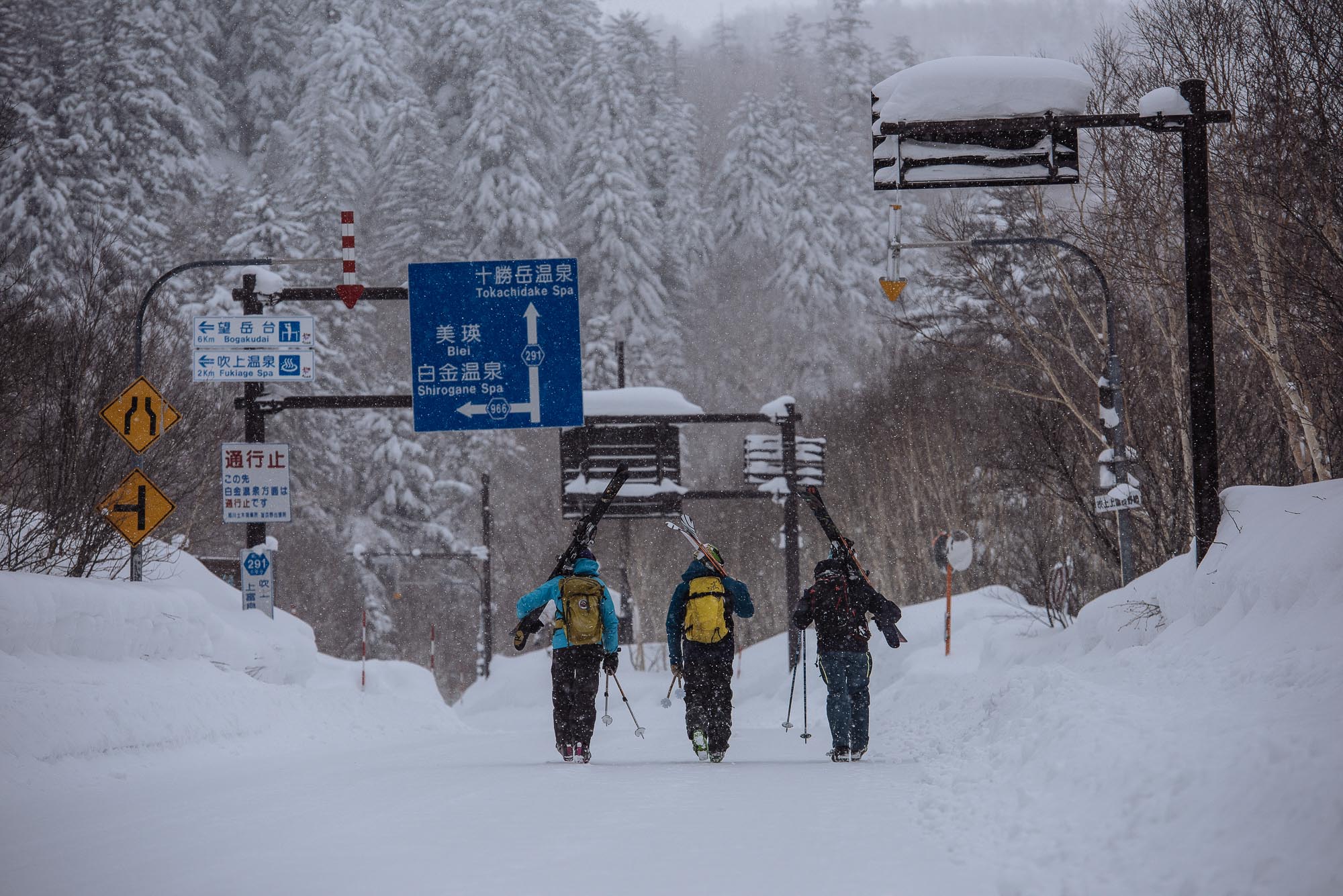 Strolling back to the parking area at Furano-Dake — a backcountry only spot near Asahikawa Hokkaido. 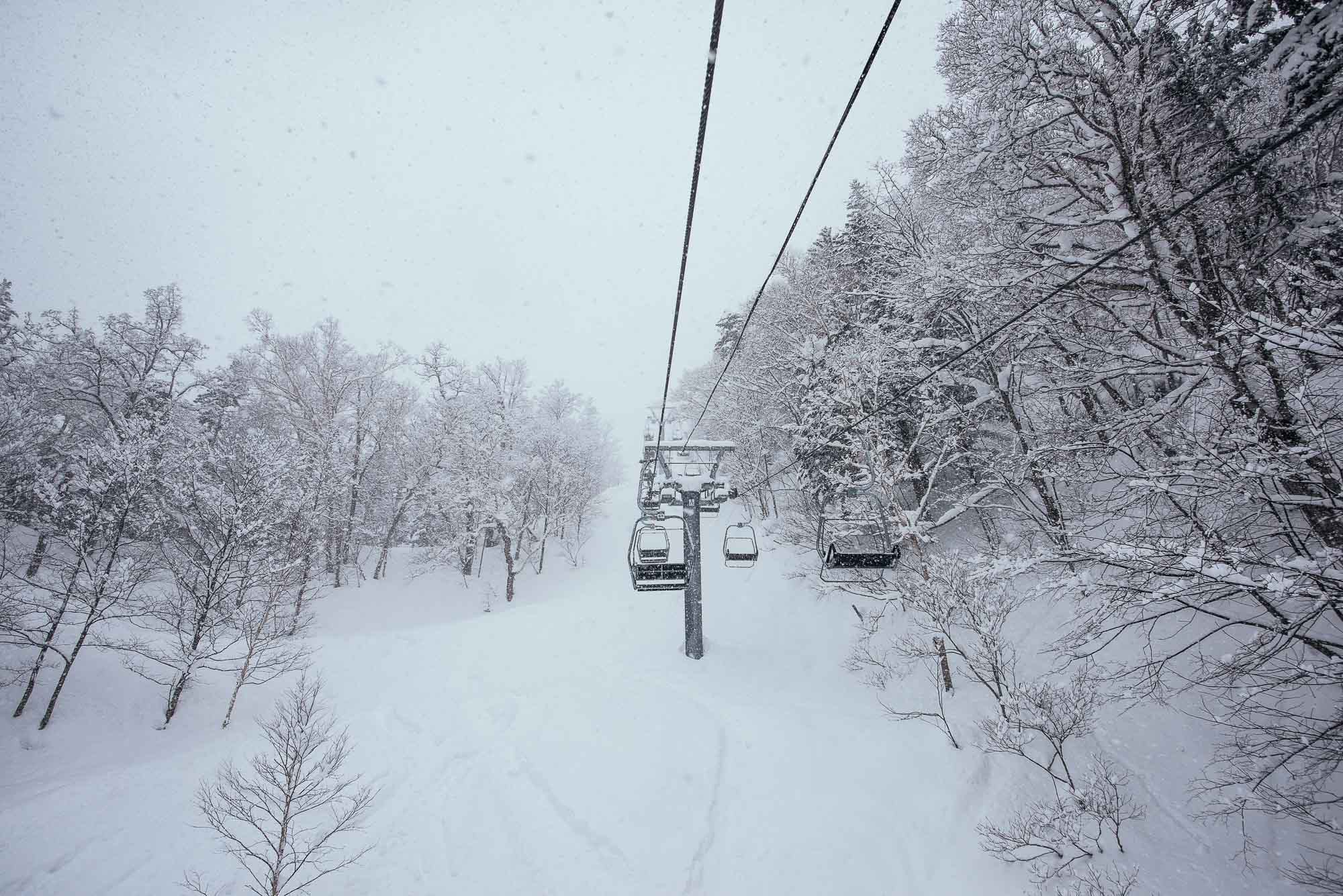 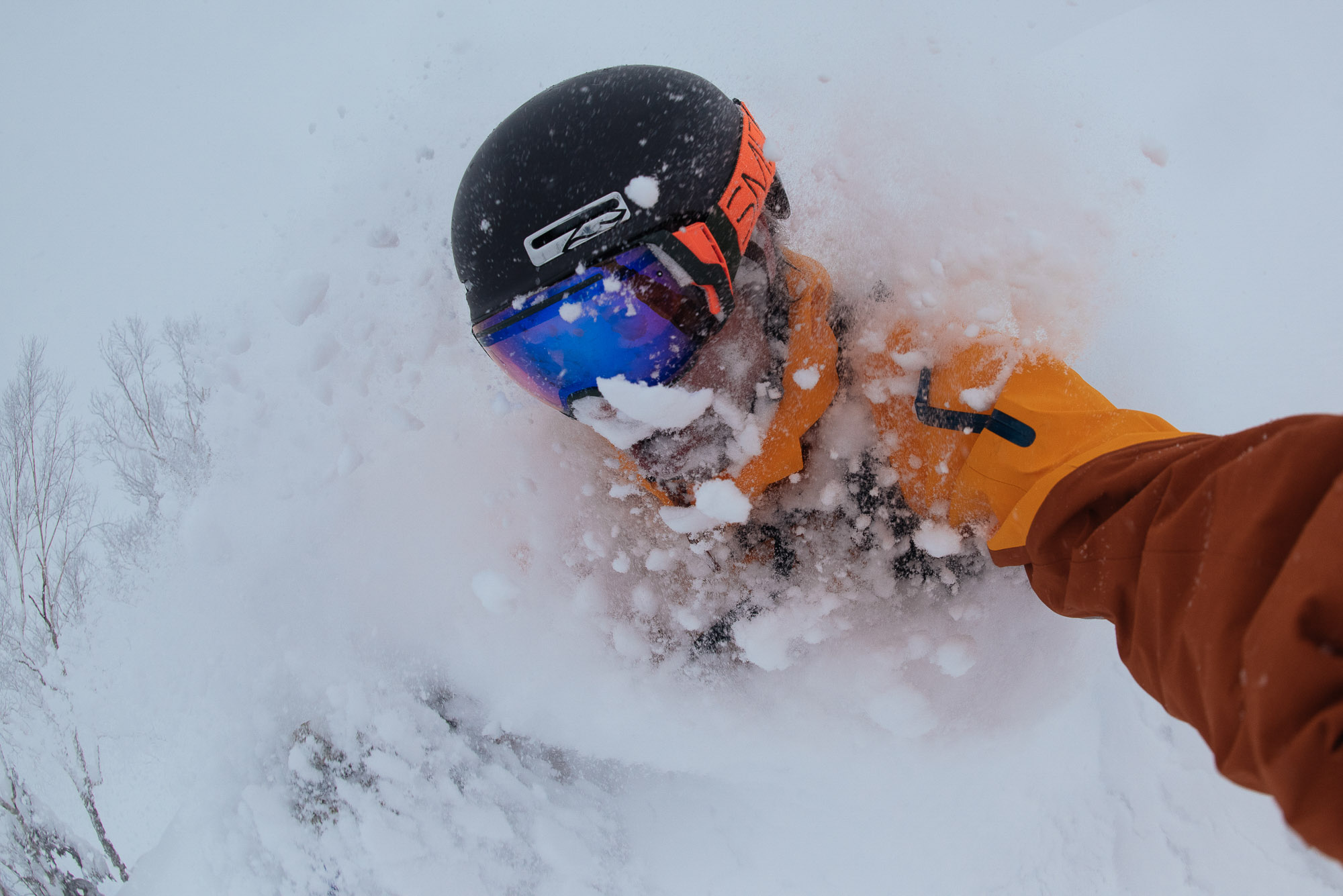 I thought I knew what deep was until I came to Japan.

Fun, fun, fun, ‘till the gods turn the powder tap off. Danny Balter enjoying the JAPOW that everyone likes to call the snow here. It’s light, airy, bottomless, and surprisingly fast. 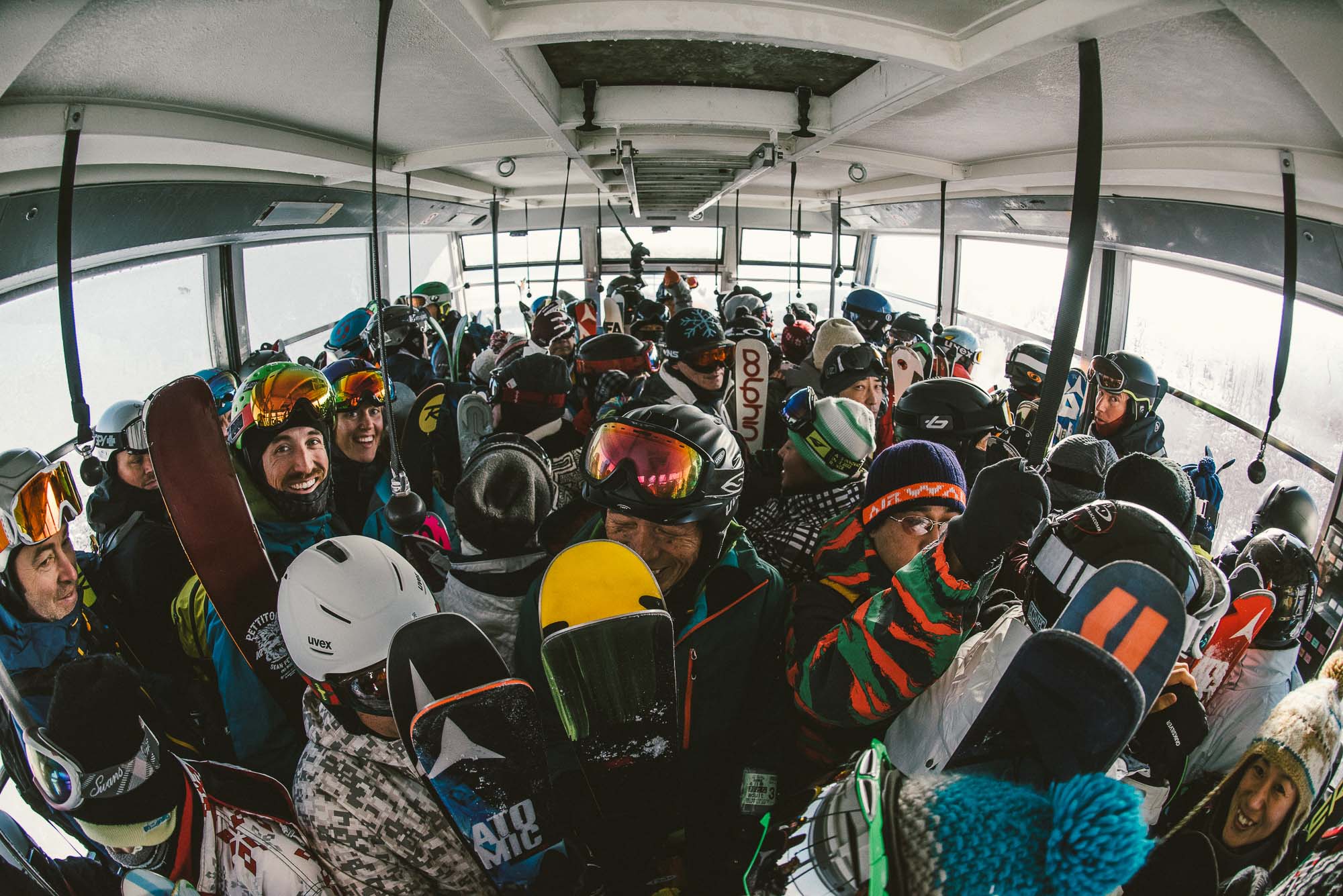 The tramway at Furano ski resort. The only time you’ll likely see this many people together in one spot on the ski hill all day. 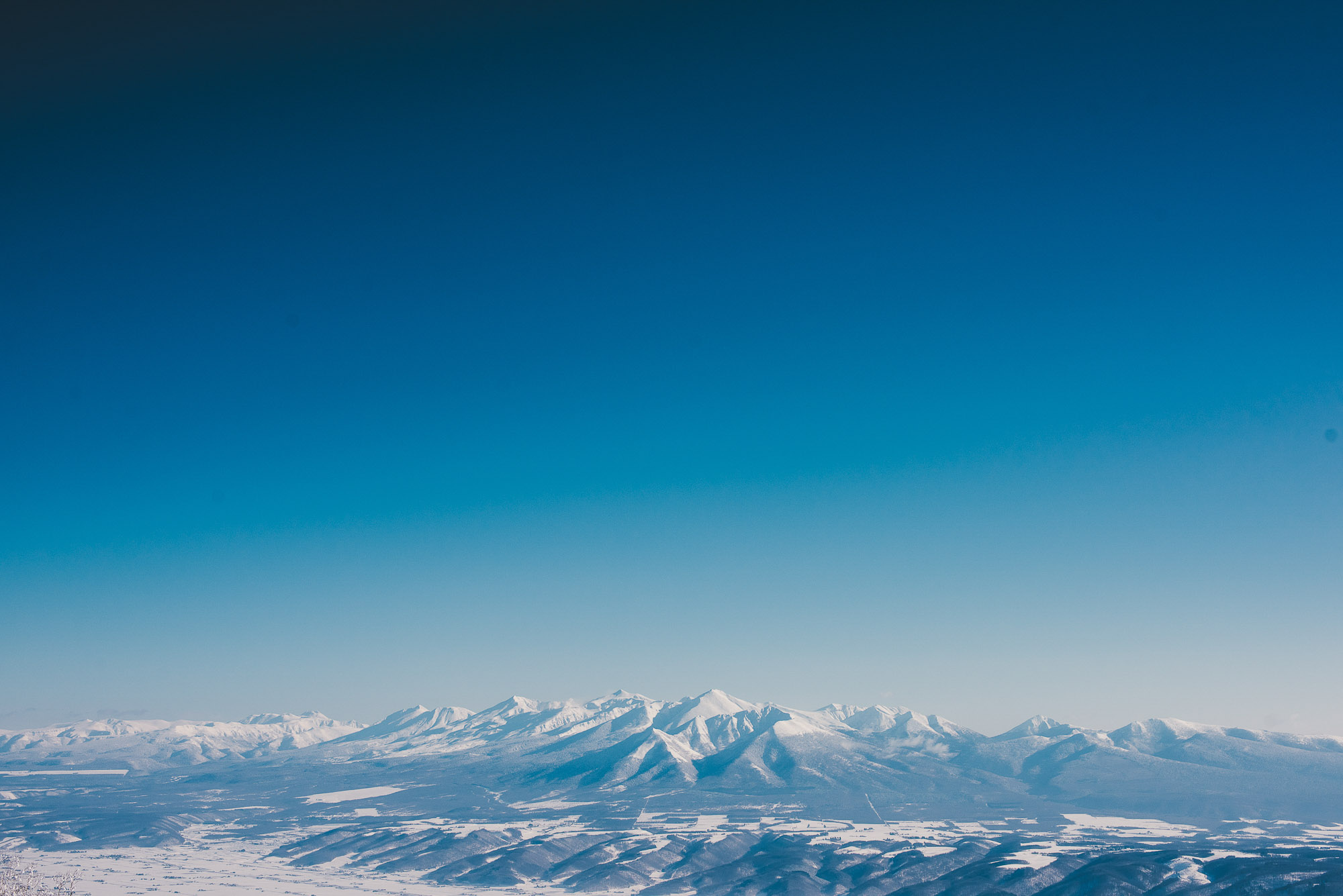 Looking over at the Furano-Dake ski touring area from the top of Furano ski resort. 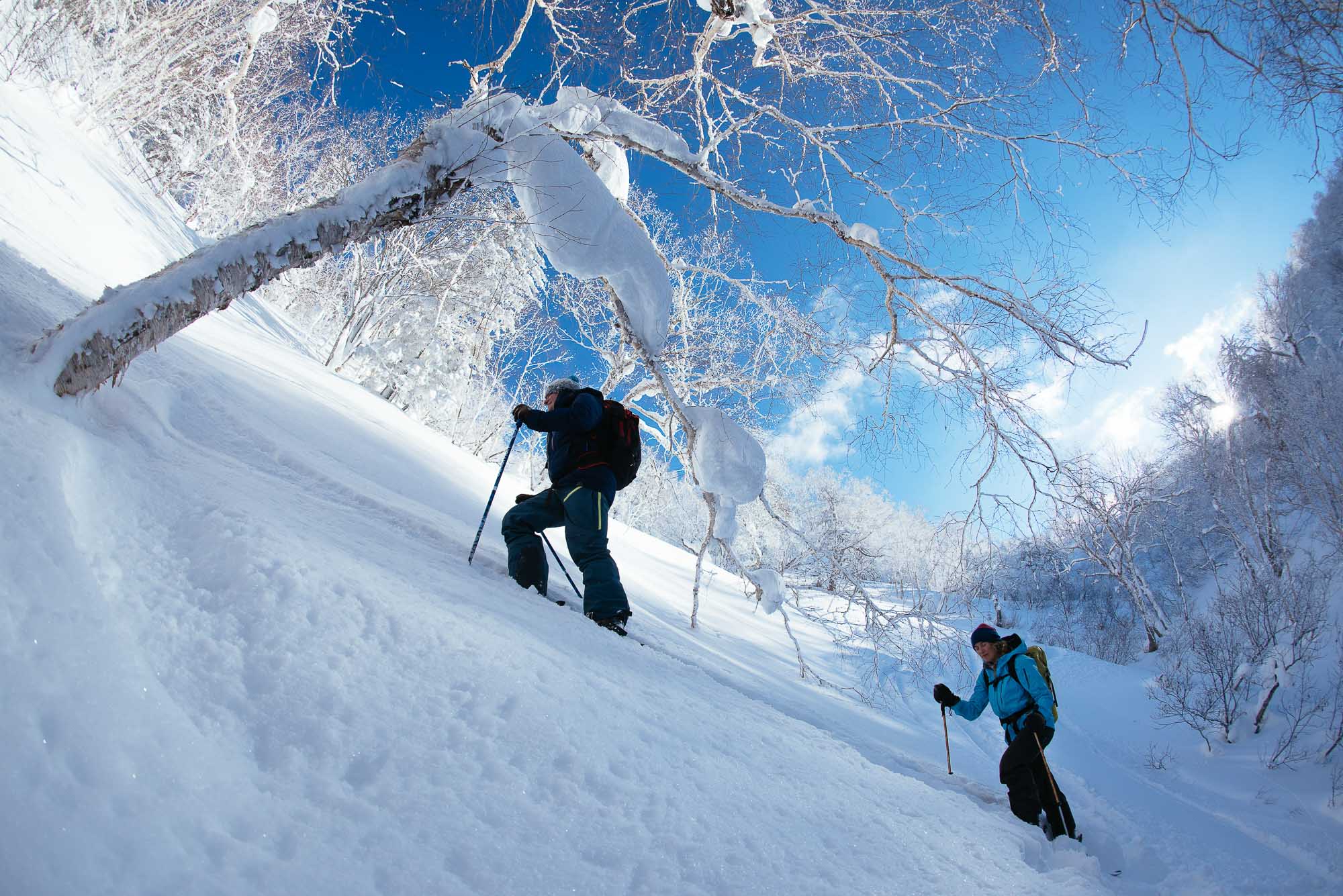 The slackcountry from Furano ski resort used to be illegal, but in the last couple of seasons, western influence and skiers have managed to change the backcountry rules around many Japanese ski resorts. Though it’s still frowned upon in many resorts, it’s no longer illegal and punishable by law. 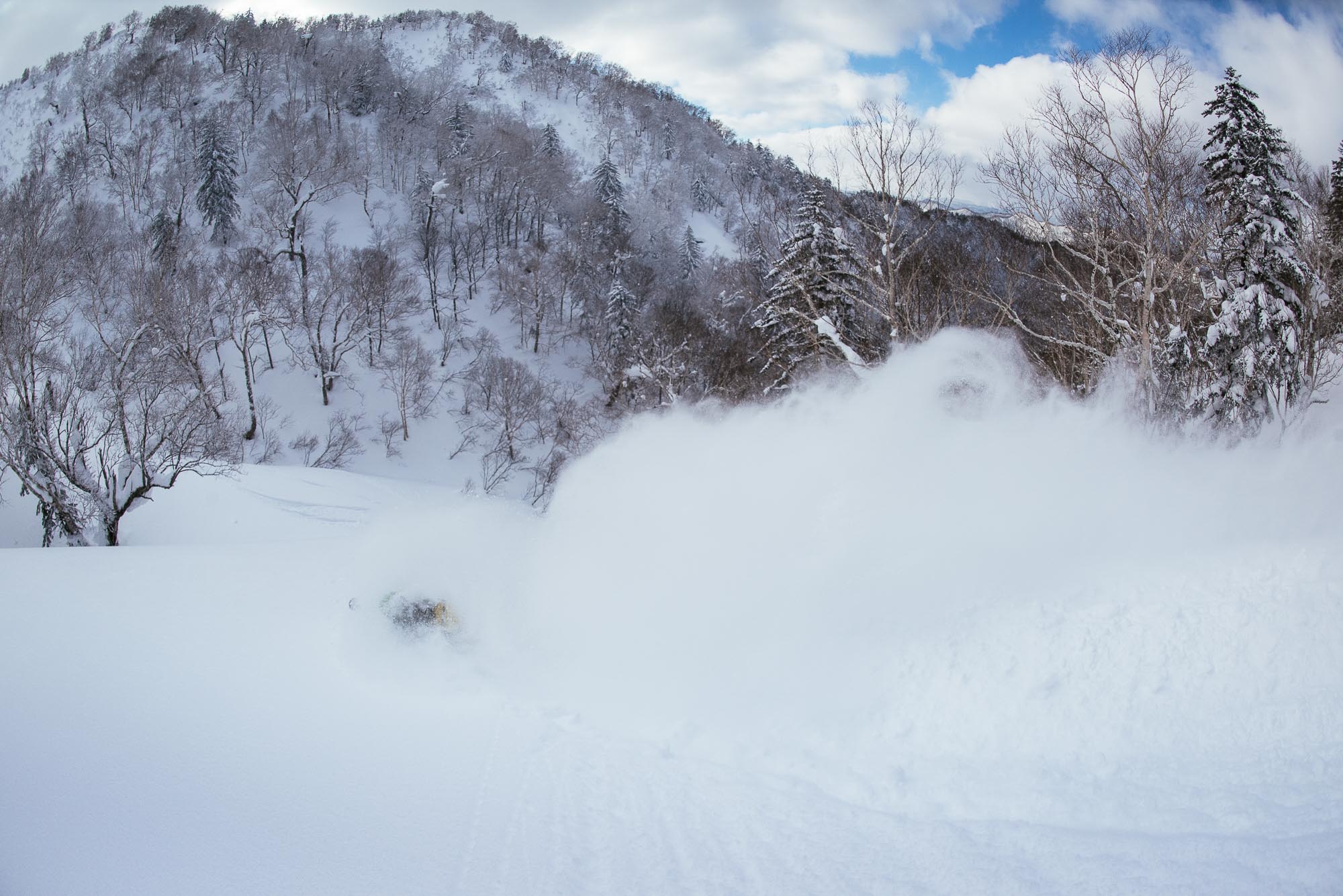 Cam, our ACMG, BC boy ski guide hanging out in the white room. 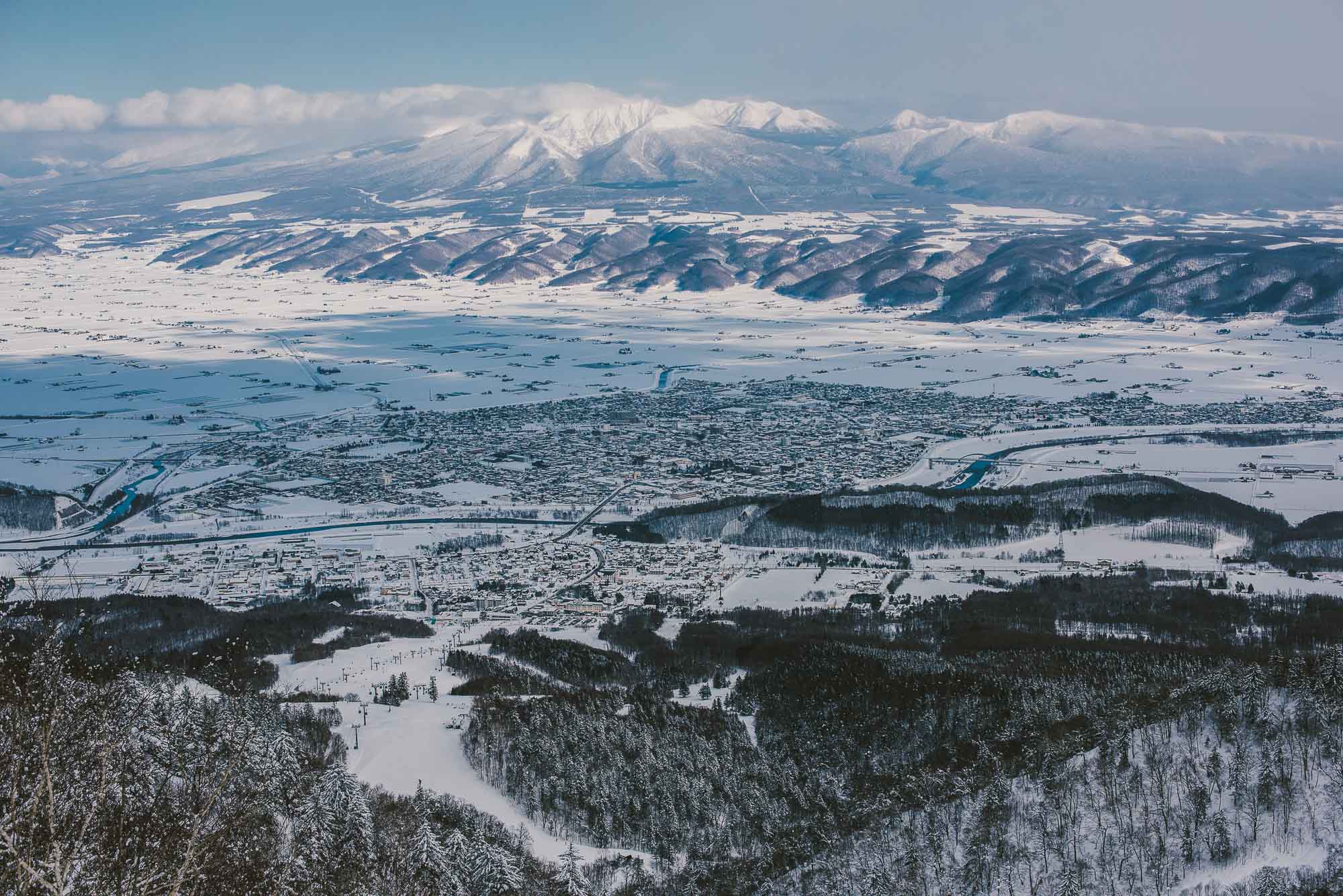 The town of Furano from Furano Ski resort. 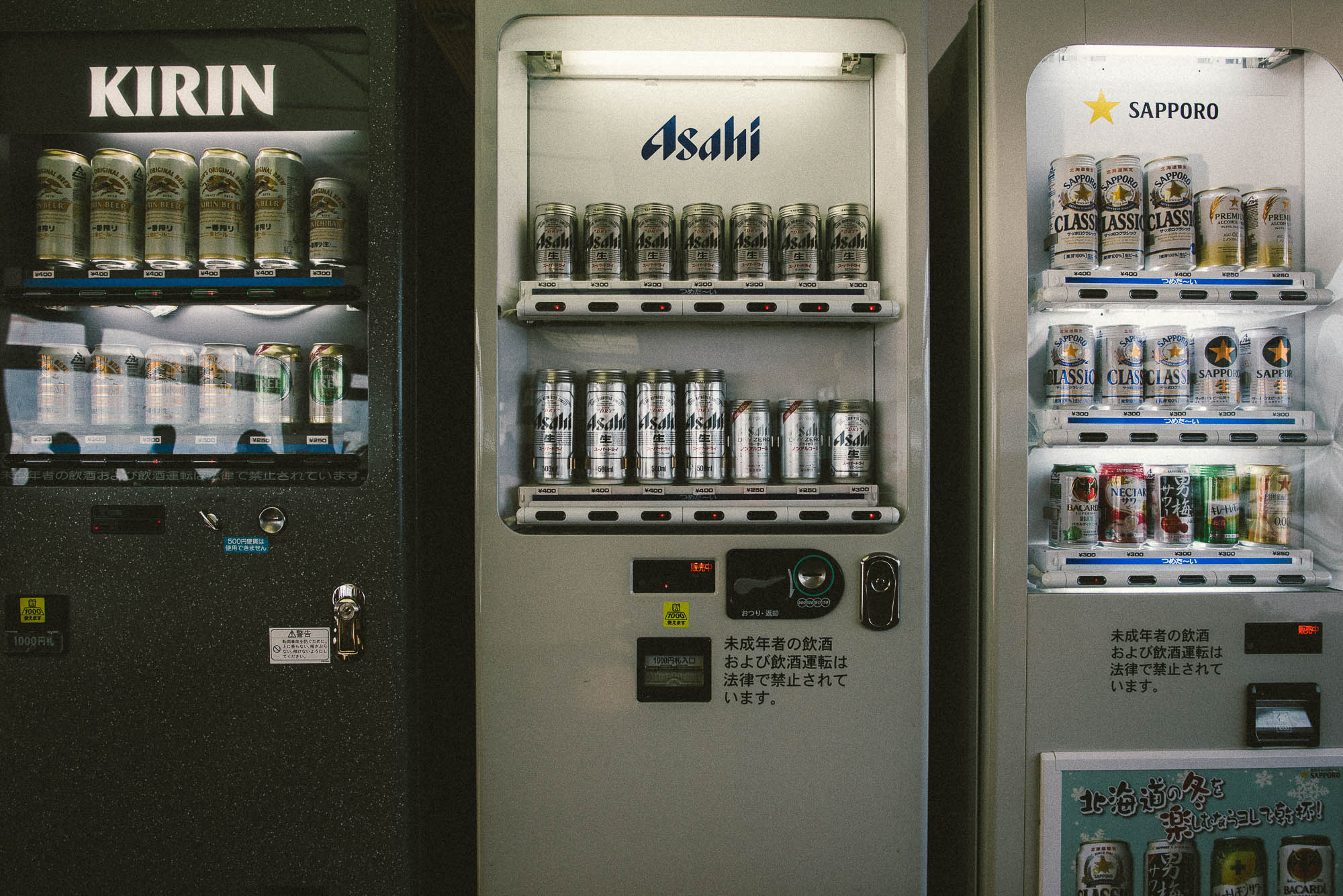 Beer out of a vending machine. Only in Japan. Because of the level of respect for everything in Japan, including the law, people don’t abuse this privilege. Respect. 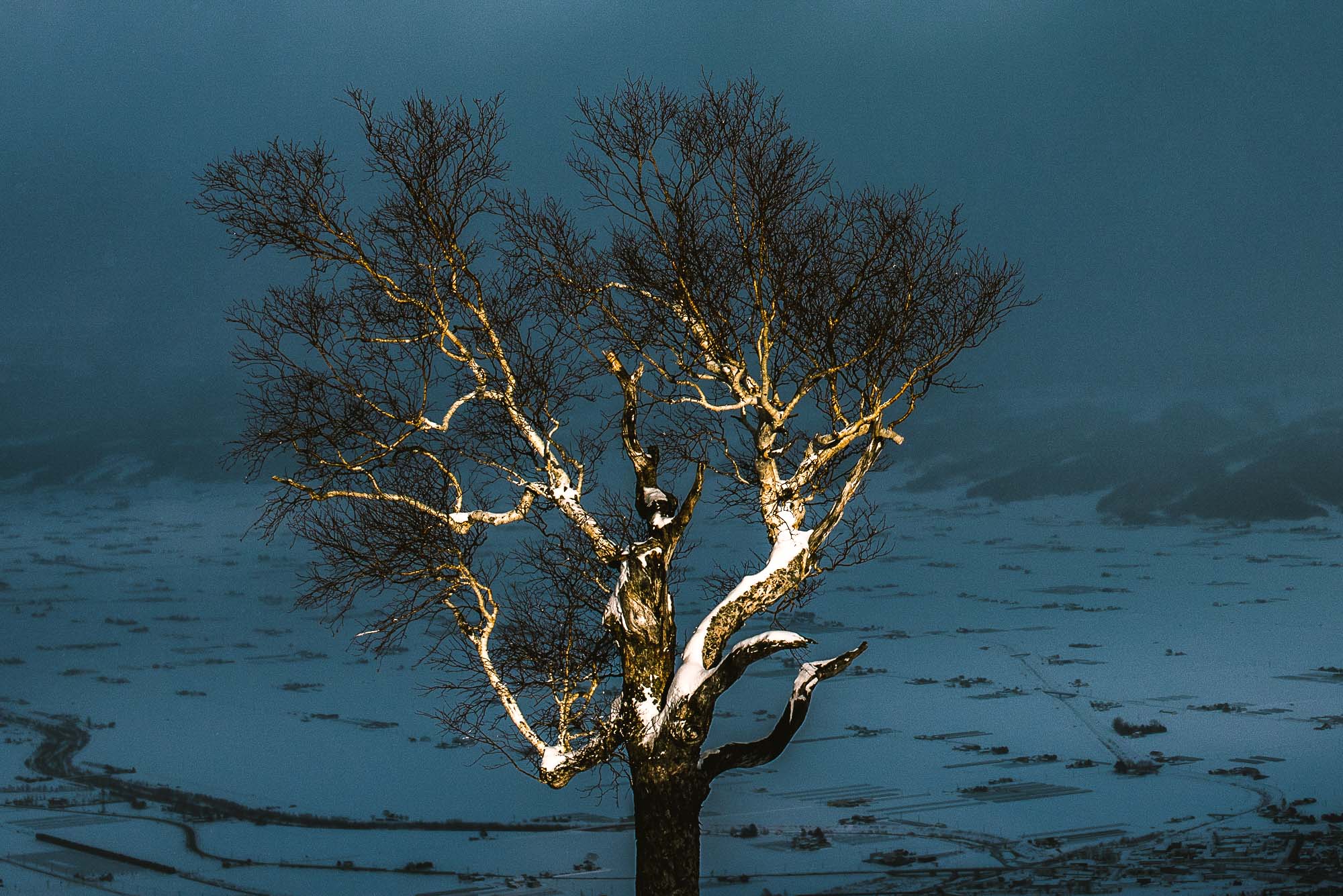 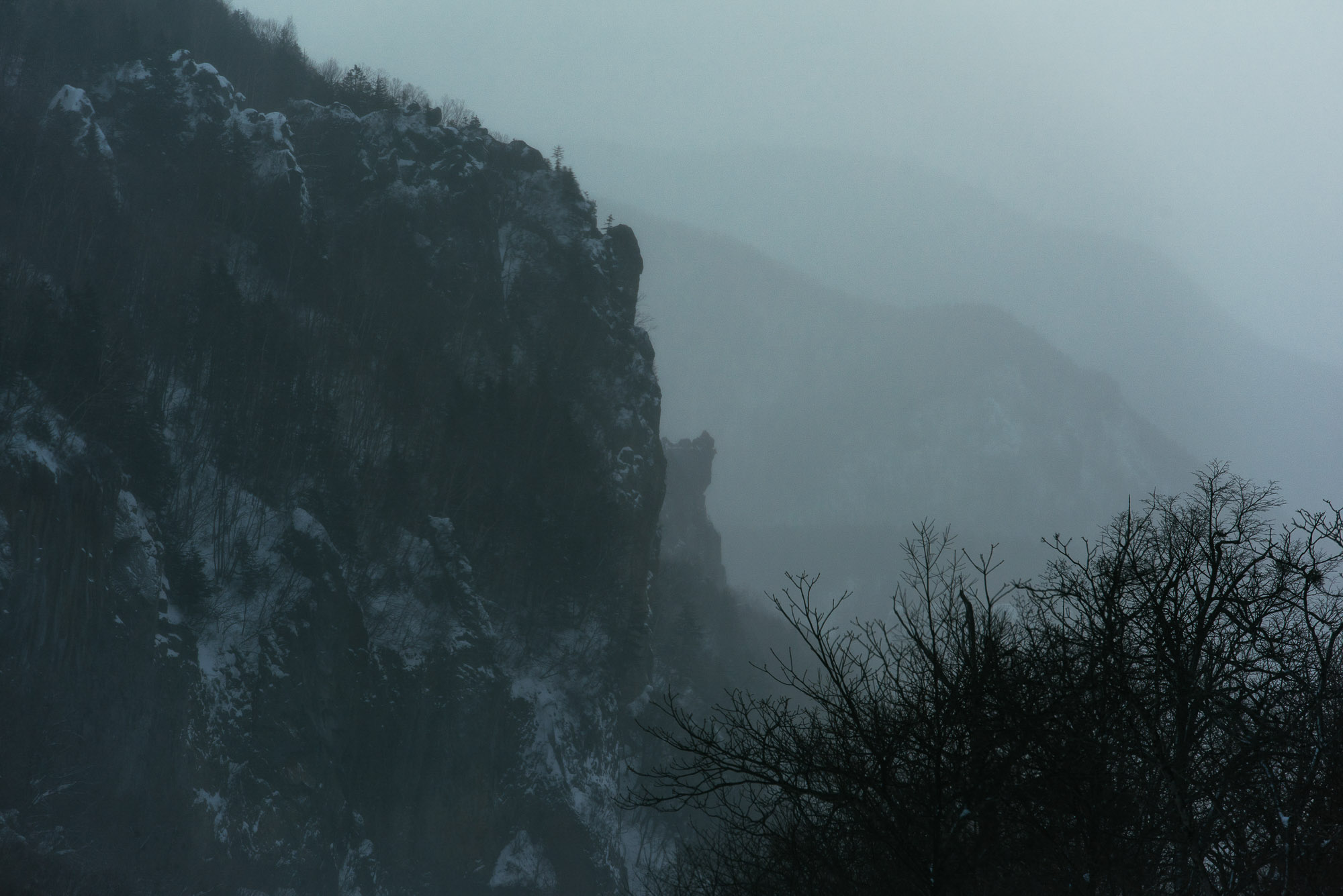 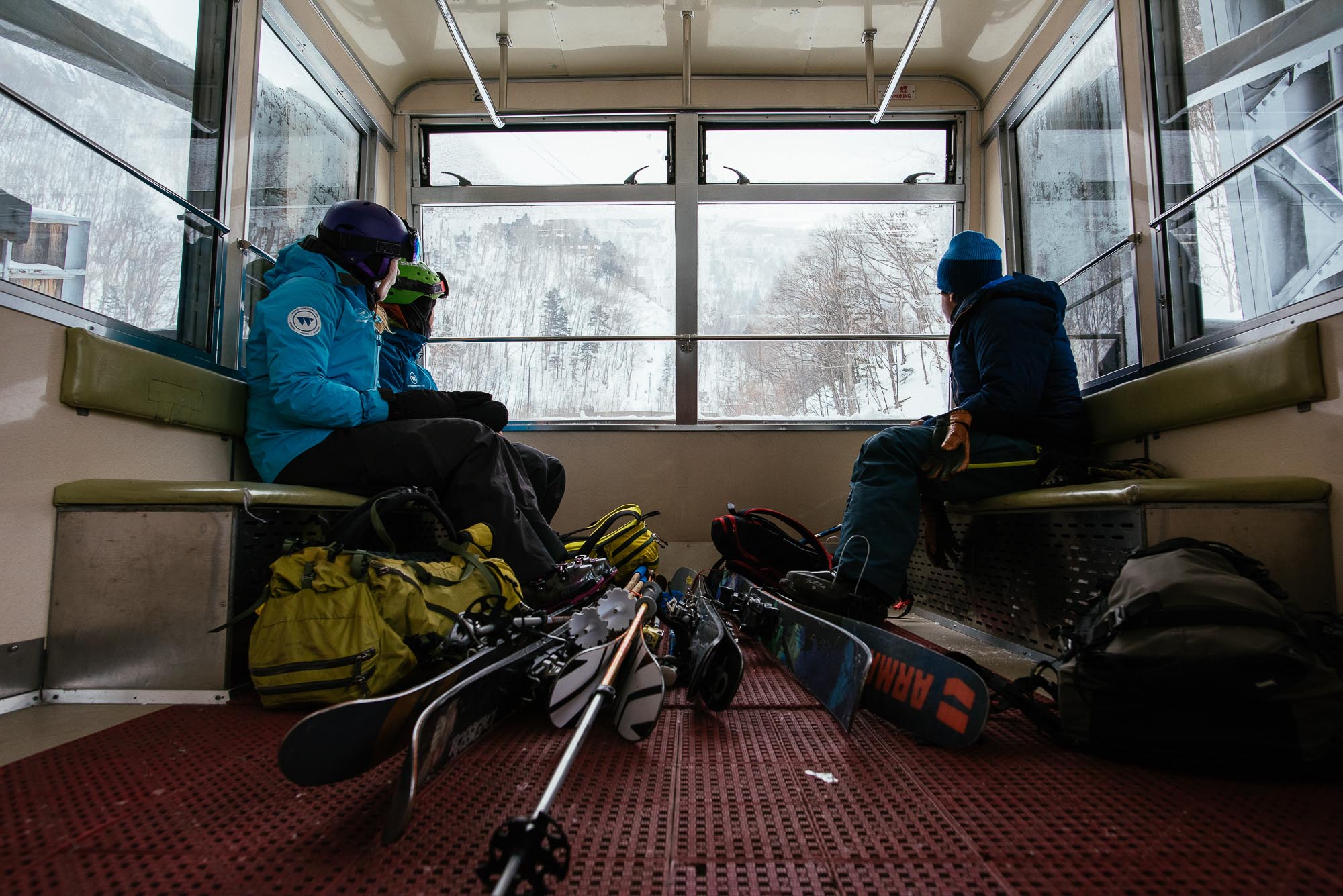 Our own lonely tram to get up to Kurodake, which due to it’s location and fact that the tramway and one chairlift are closed for much of the ski season, deter many people from coming here. 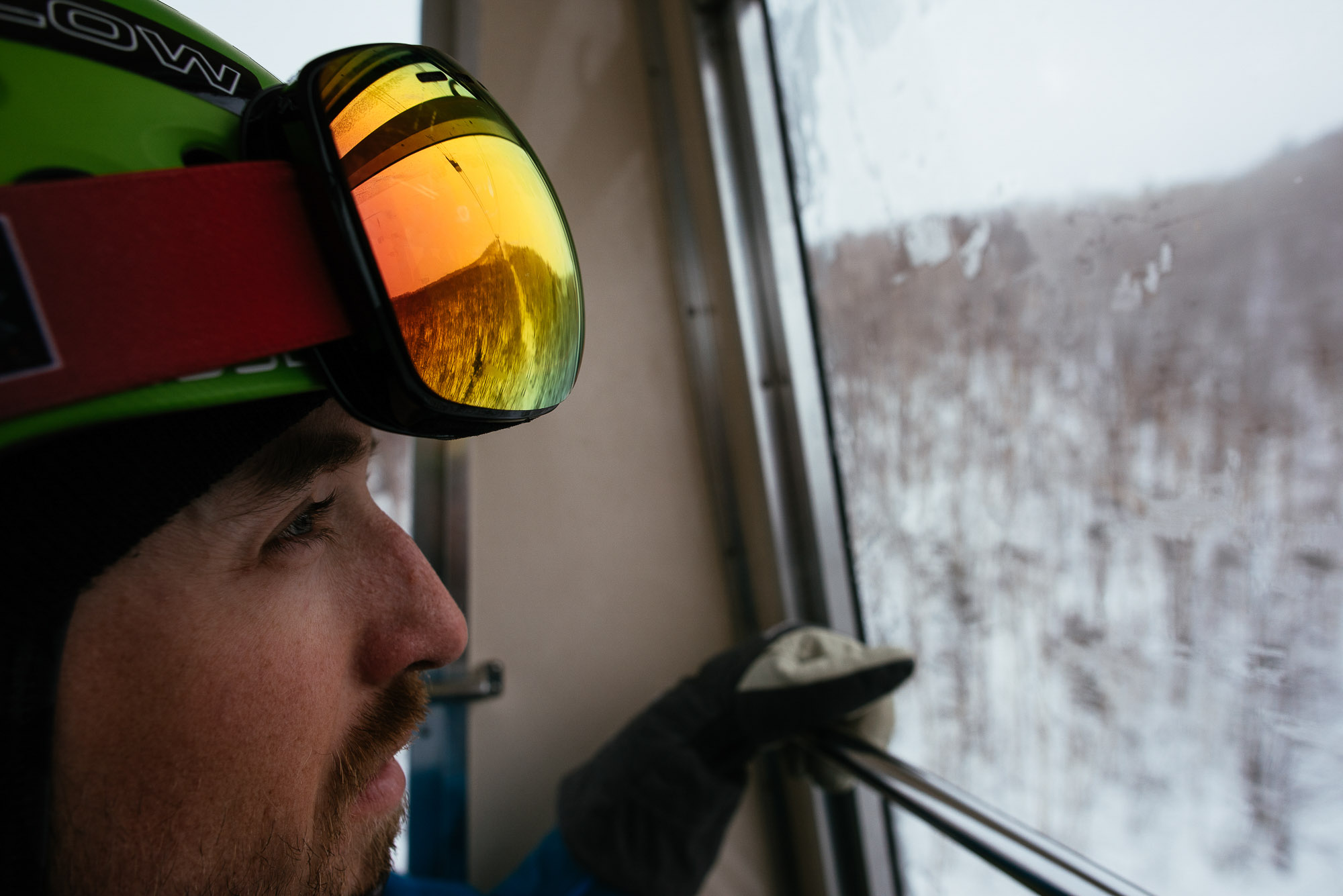 Cam scoping a possible route down under the tram line at Kurodake. 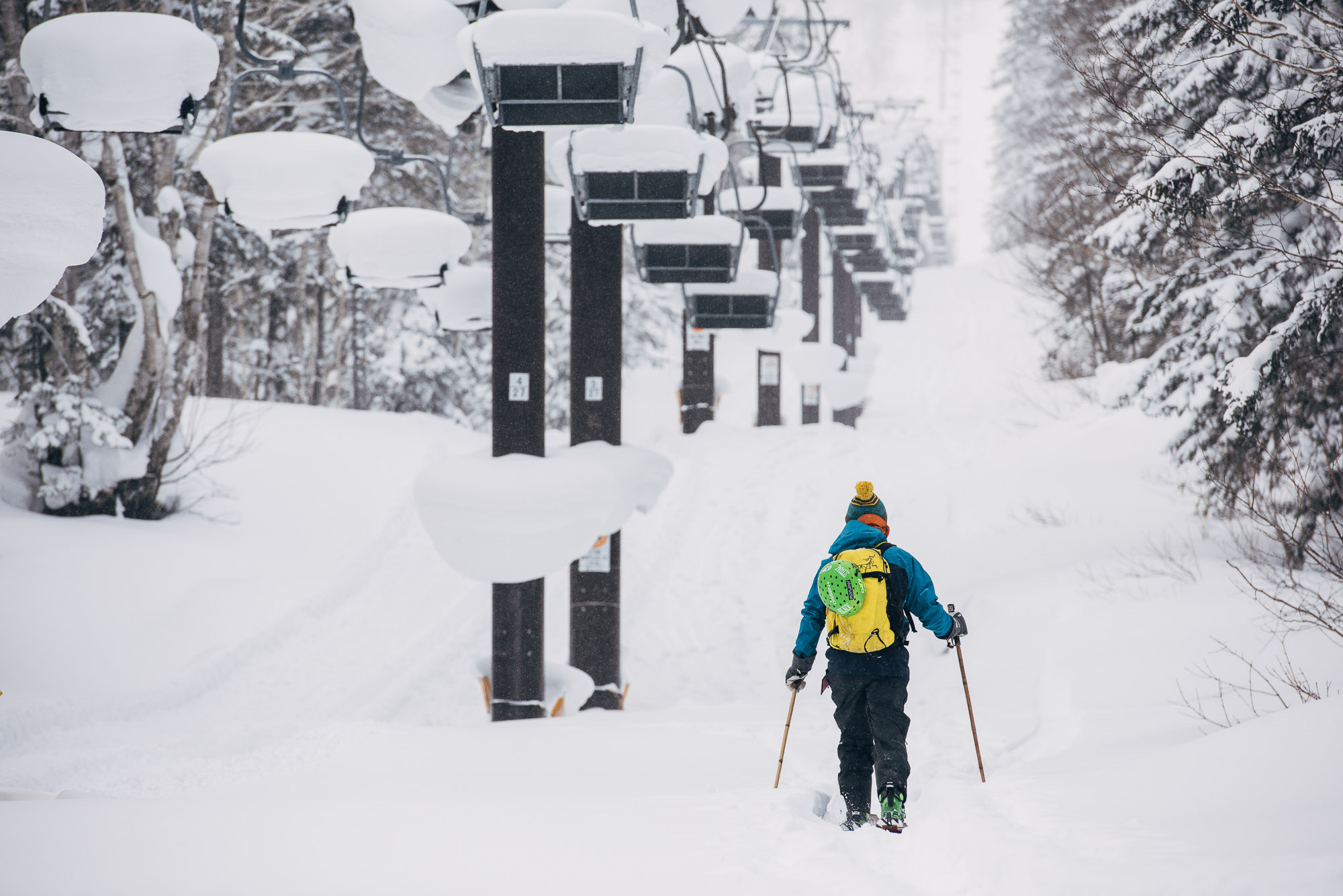 Our own private ski hill for the day at Kurodake. We’ll take it. 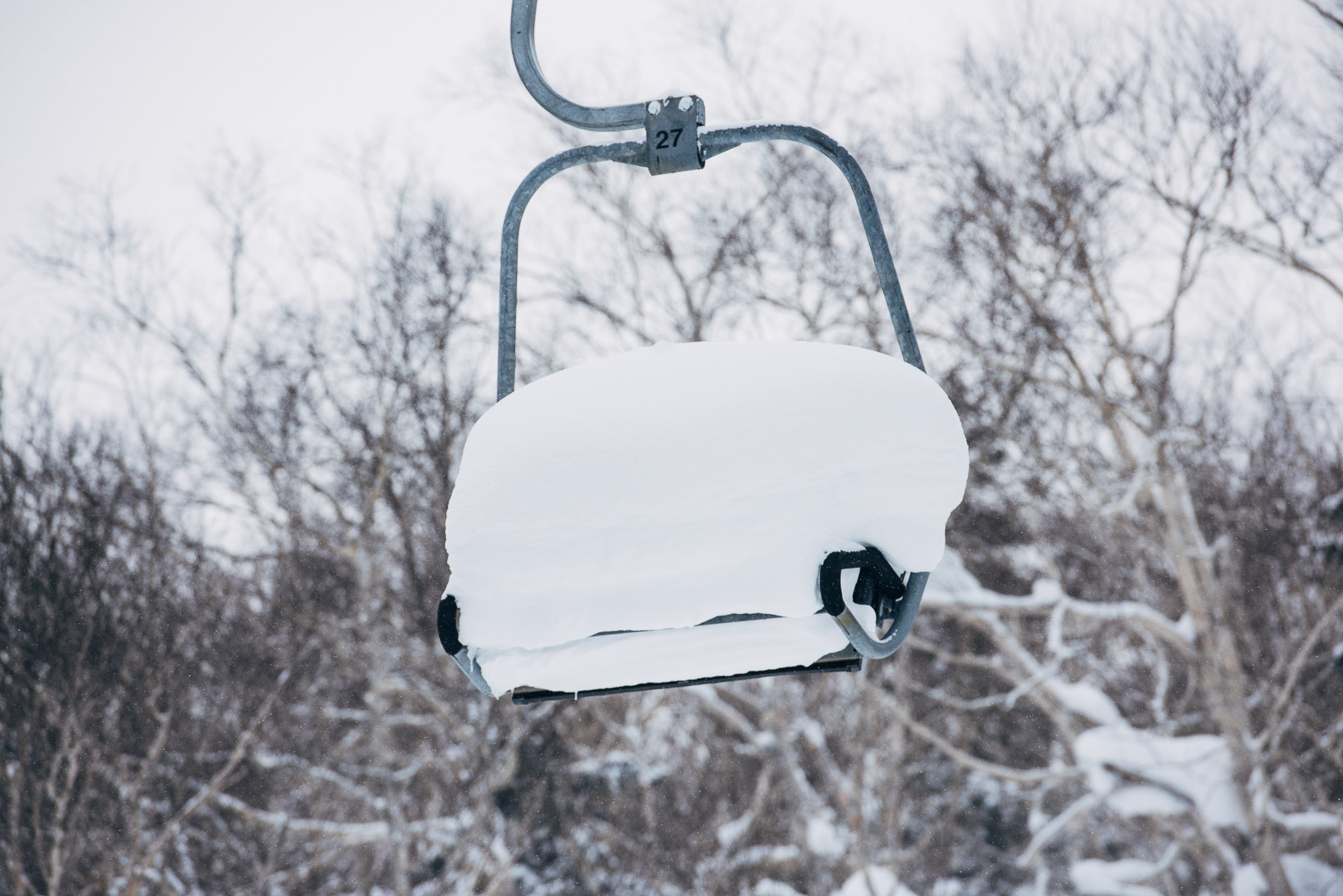 With wide open slopes, there is also the possibility for wide-open wind damage. 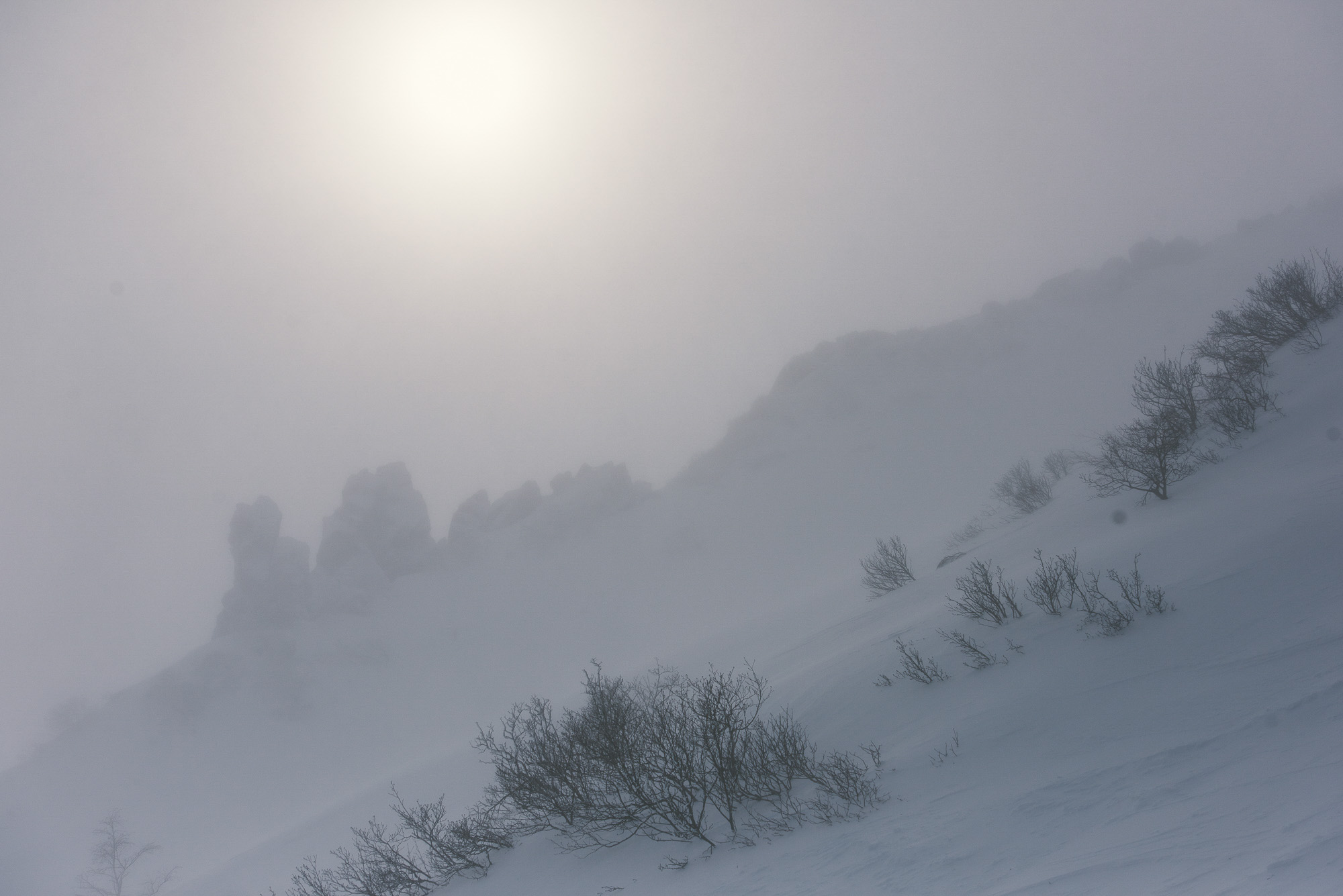 As close as we got to the top of Kurodake mountain. Minus thirty-degree temps, and tearing winds, turned us back this day. Hey, it’s not all blower pow and beer out of vending machines…well almost – not always. 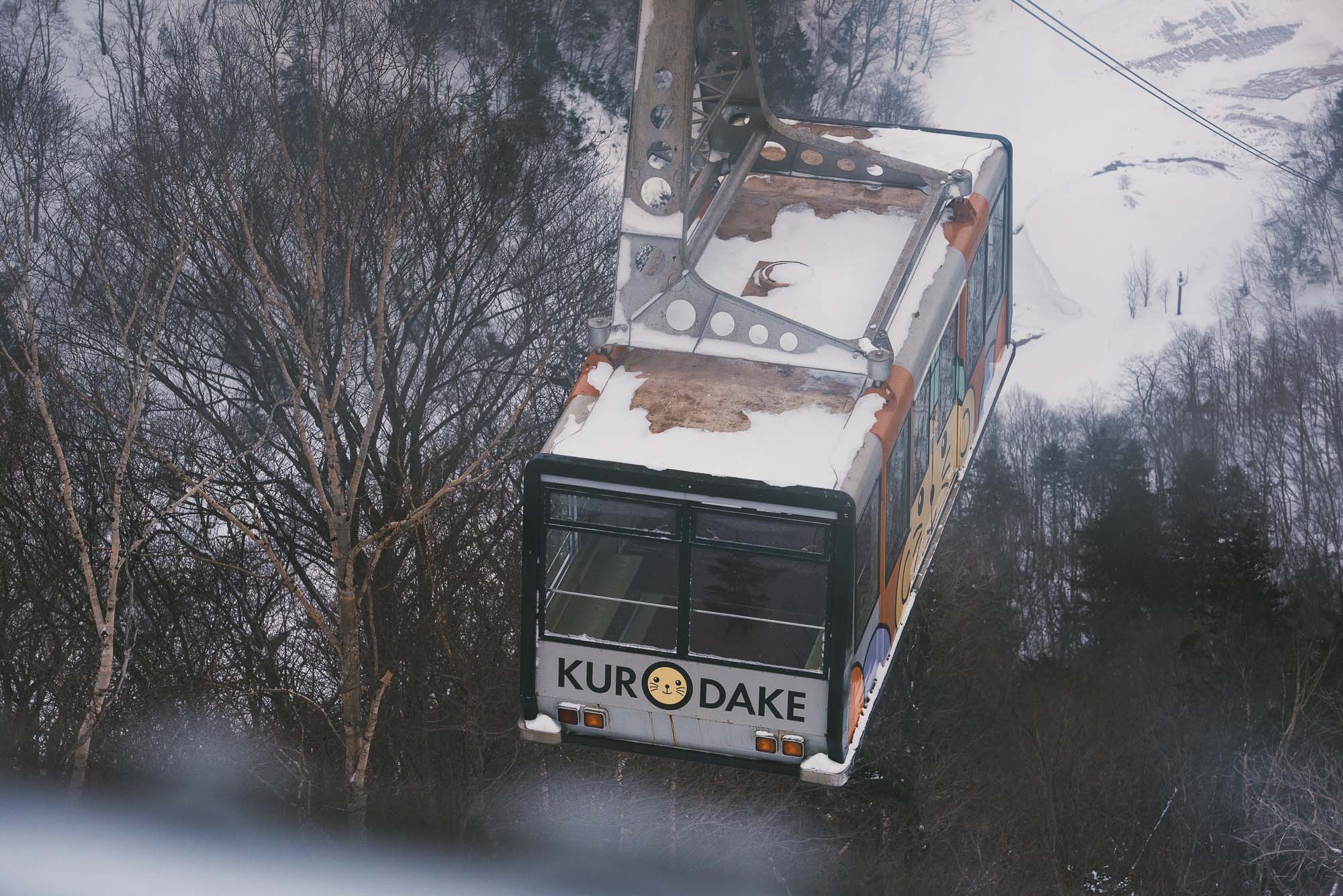 The tram at Kurodake is known to shut down at the slightest hint of stormy weather, thus deterring many people from making the long-ish drive to get here. 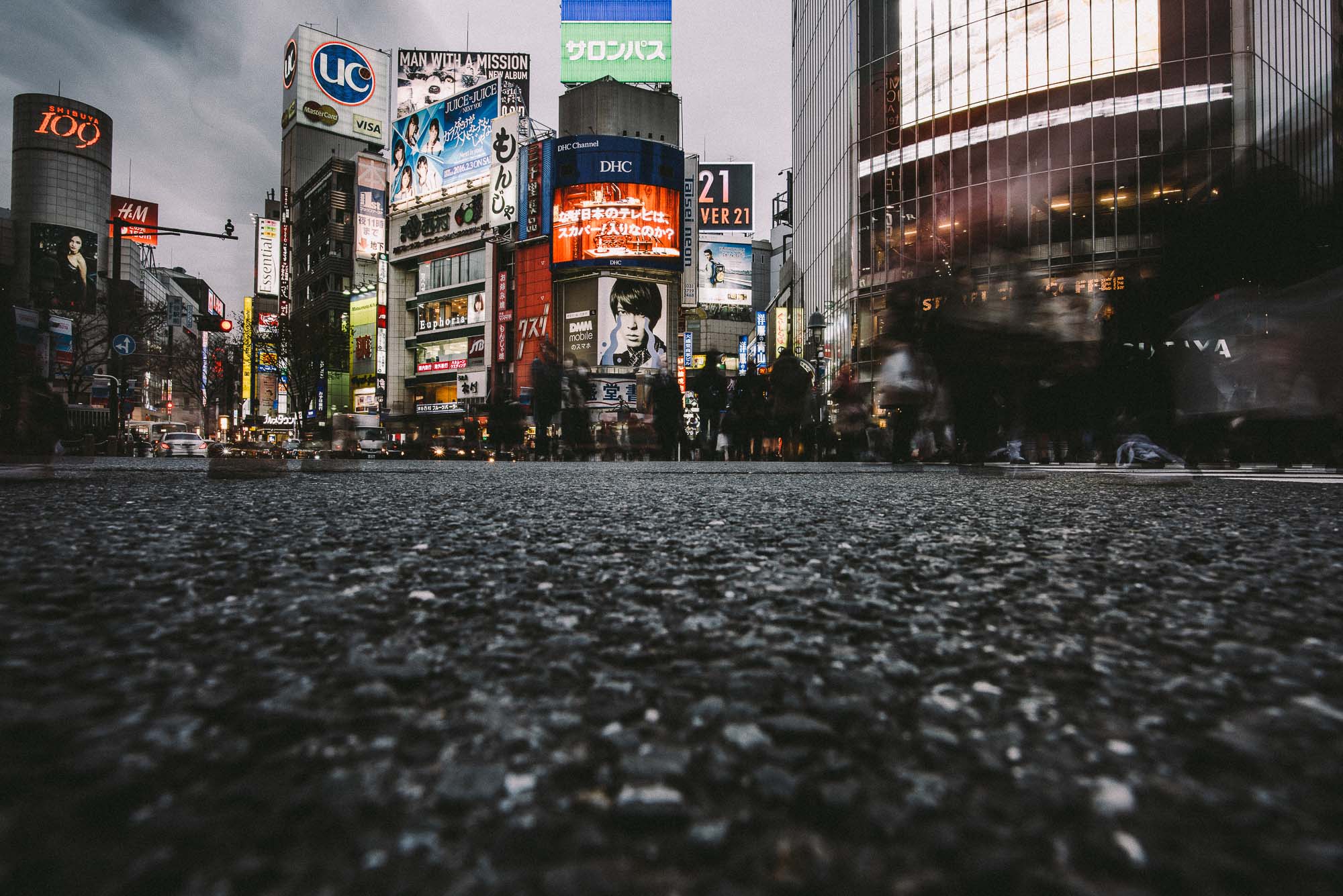 Downtown Tokyo’s most photographed and filmed intersection, and for good reason. There are five streets that converge at this octagon-like intersection. 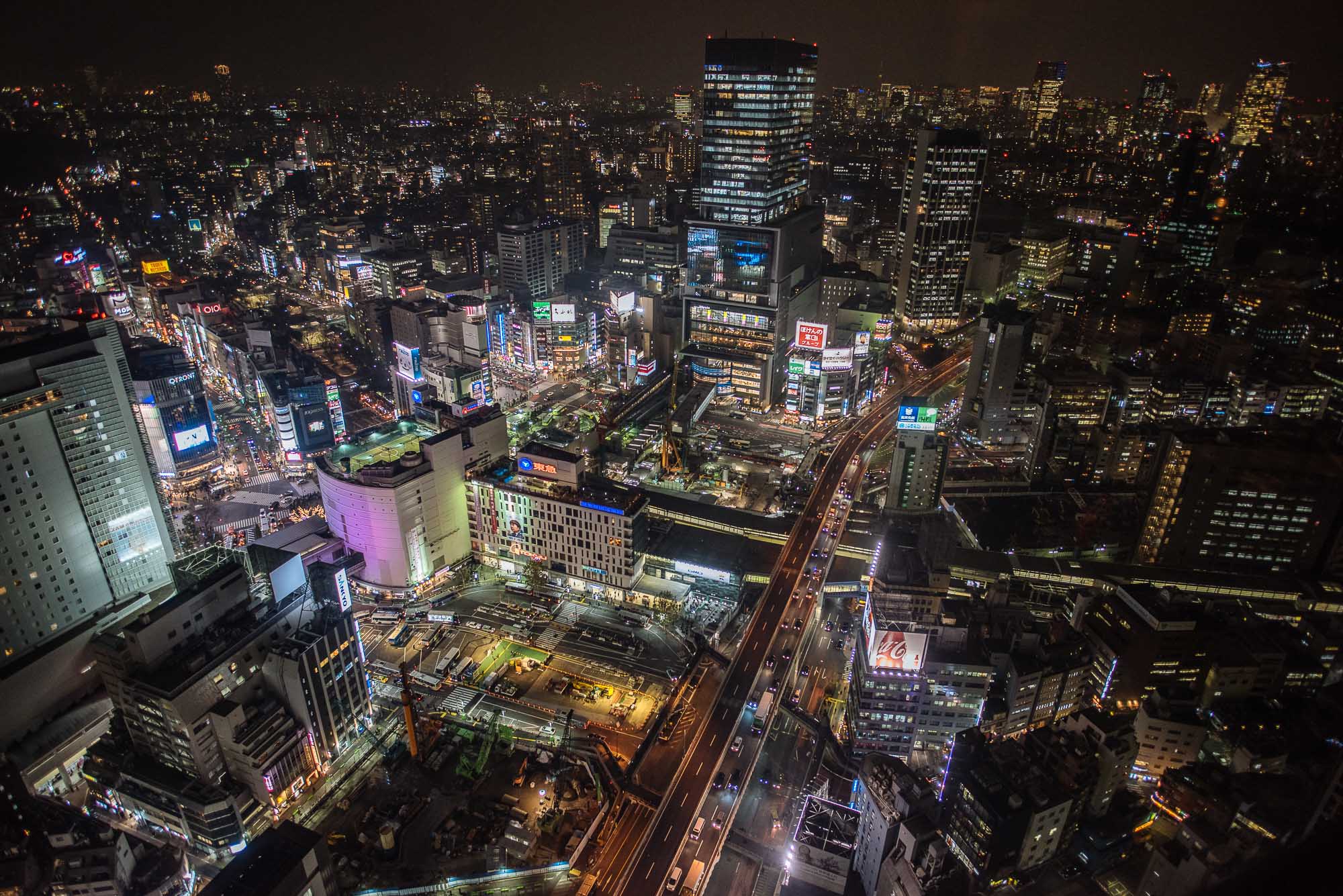 Downtown Tokyo. You could fit a hundred Vancouvers into it. Sixteen-million people, three-hundred thousand restaurants.

– Some of the easy-access side country terrain at Furano ski resort. This spot was only a five-minute walk from the lifts. 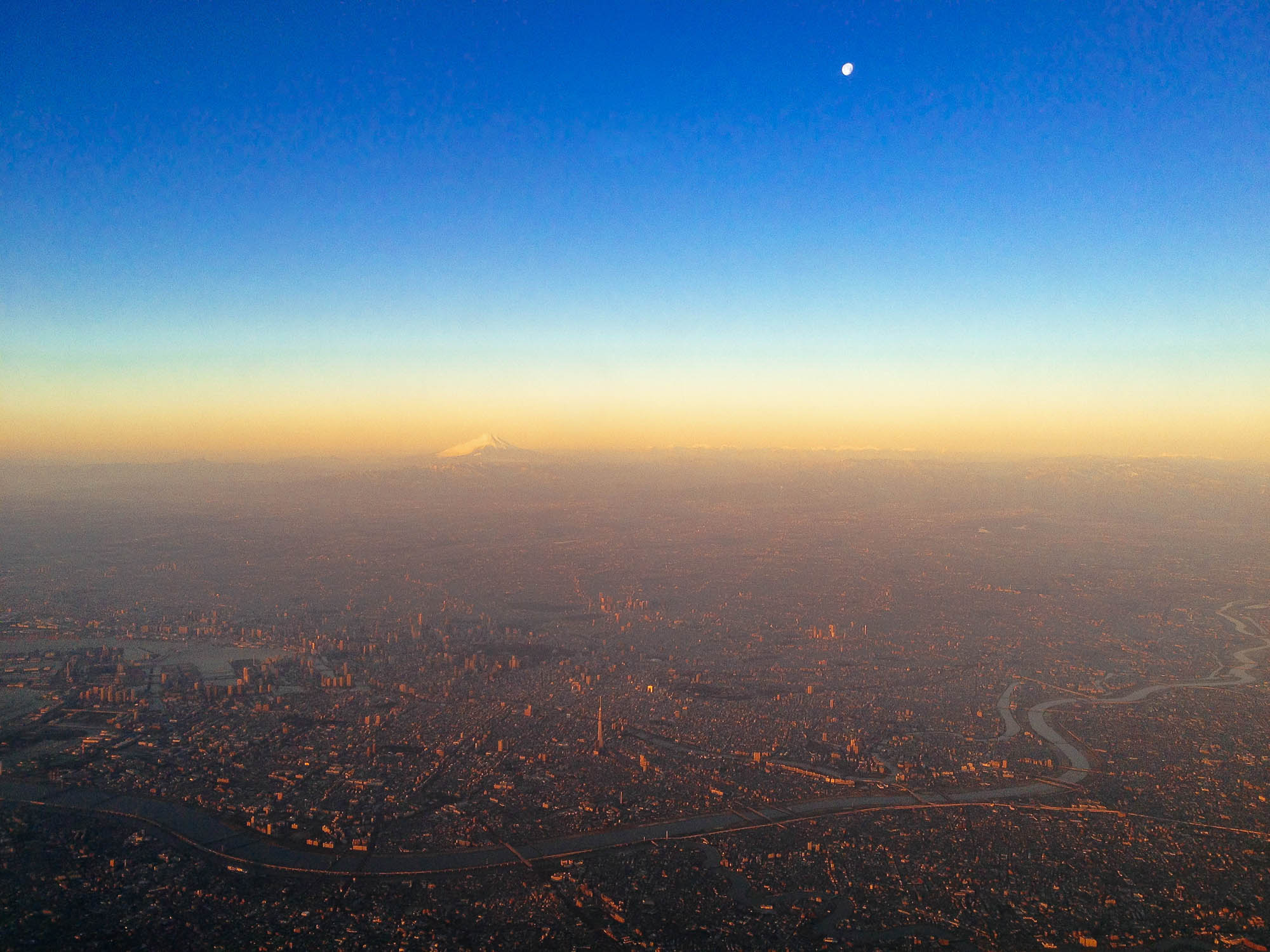 Morning light on Tokyo with Mt. Fuji and the full moon. 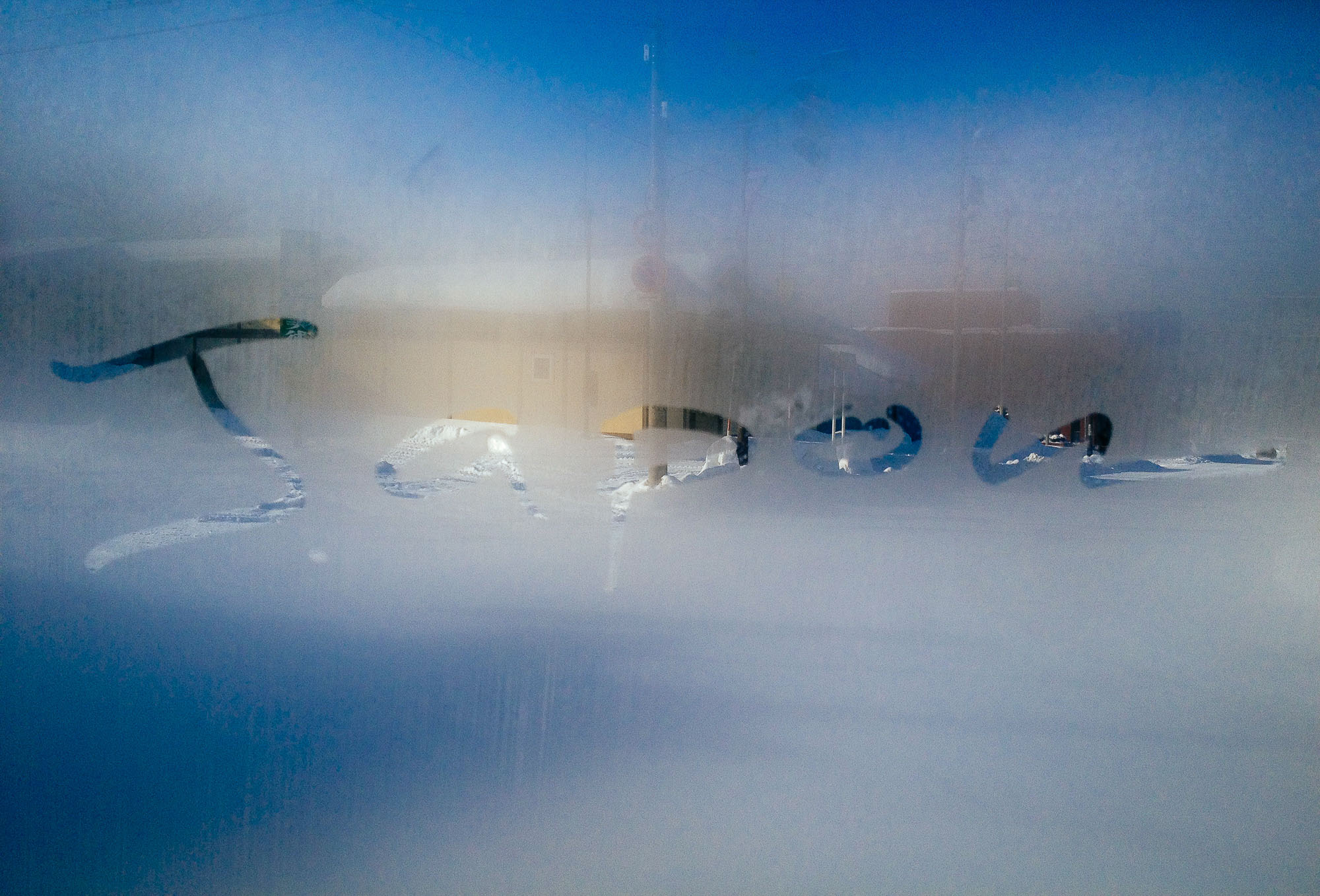 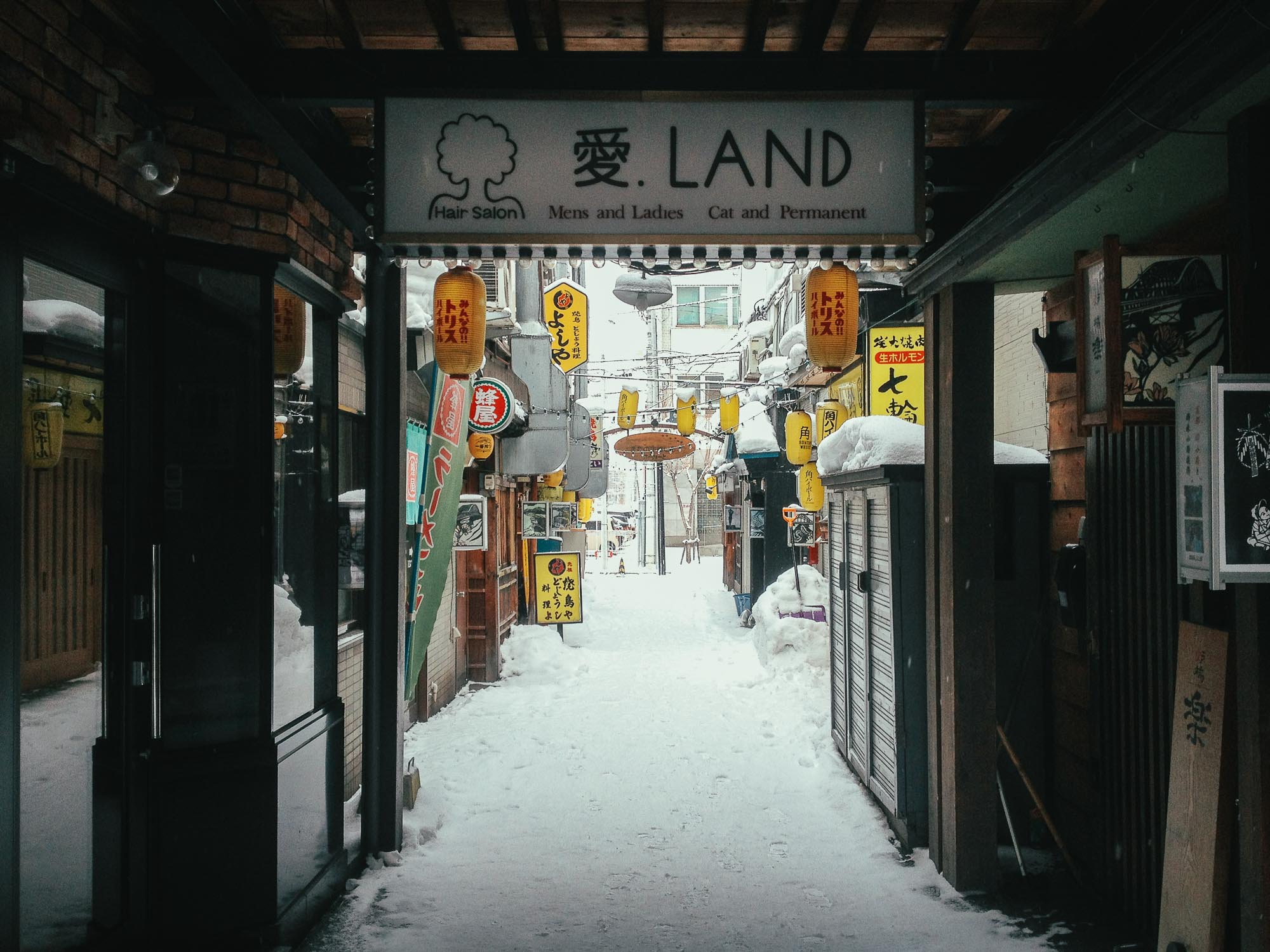 With so many restaurants and shops huddled together in one small area, it’s not surprising that even the alleyways get busy. Asahikawa Hokkaido. 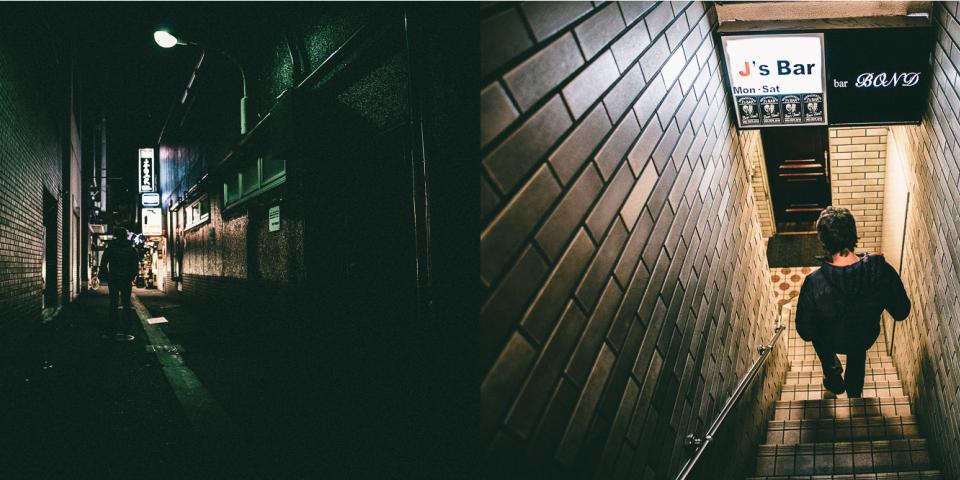 About as seedy as it gets in Tokyo. Ginza district.

Margus Riga was born in Soviet-occupied Estonia and grew up in Toronto, Ontario, where he attended a high school for the arts and had his first exposure to the camera.

Margus moved to British Columbia in 1991 to explore his passion for skiing, snowboarding and bike riding. He thrives on adventure and loves to push his limits — mentally, physically and spiritually — even if it means living differently, or challenging conventional norms.

Margus’ work in photography is an extension of who he is— a natural evolution of his personality, his cultural and artistic background, and his need for adventure and self-discovery. The camera has allowed him to connect his experiences with others, to share glimpses of the vast and awe-inspiring world in which we live, and to stimulate the minds and hearts of the people around him.