If you’re lucky, you have at least one person in your life with a stoke aura. You know who this person is–it’s the climbing partner with whom you inevitably send at least a half a grade harder than usual, or the running buddy that you can always count on for some knock-down drag-out hill intervals that somehow still end up fun. They radiate positivity and try-hard, and even if they’re having a rough day, they’ll still rally to cheer you on. The best part of the stoke aura is that you can be an all-star partner regardless of how hard you’re currently climbing–you just need to grow your aura.

I’m not sure if I’m one of those people, but I do know that I aspire to be. I’ve been trying to grow my own stoke aura for about a decade now, and I’m immensely grateful to the friends who have shared some of their rays with me. Casey Grom for starters, one of my first mentors in guiding, who once convinced me (and others) to do a hard-as-nails CrossFit workout despite being post-bar hopping and wearing a dress. And Sarah Hueniken, who I first met in a tiny bouldering cave in Canmore, cheering out of her mind for everyone, regardless of how hard they were climbing. I would also be remiss if I didn’t mention Will Gadd, whose stoke is legendary. 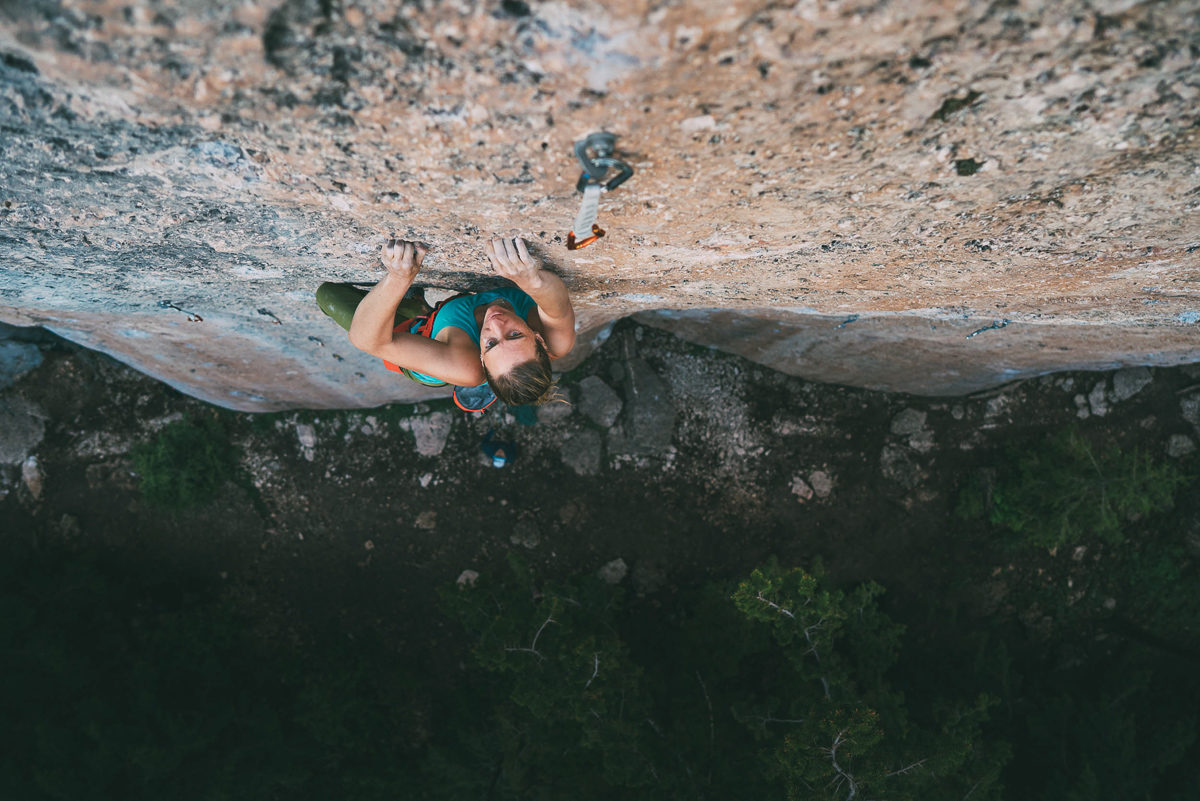 Fast forward to this past fall, when I went through a massive life shift. I started medical school on the East Coast, after almost a decade of living the climber lifestyle in outdoor hubs like Canmore and Boulder. I was prepared, albeit with trepidation, to temporarily sacrifice a big chunk of my identity and outdoor pursuits while in school. I also doubted I would find like-minded friends for outdoor pursuits during our limited free time. As the year got underway however, I was surprised and delighted to fall in with several rad women who were psyched to get out. We quickly started scheming for a trip out west during our brief summer break. Ten Sleep, WY seemed like the ideal location. After 9 months of hangboarding, moonboarding, and occasional outdoor time, sport-climbing was our most accessible option. We also had a wide range of abilities. Deb was just starting out, with only a few leads under her belt but a knack for keeping her cool when it counted. Lucy had more climbing experience but had historically been a runner and skier. Most importantly, everyone was game to try hard. As I now try to habitually do, I worked to channel Sarah’s impressive aura whenever we climbed together this spring, especially when the rock was wet (always) or the weather was bad (almost always). 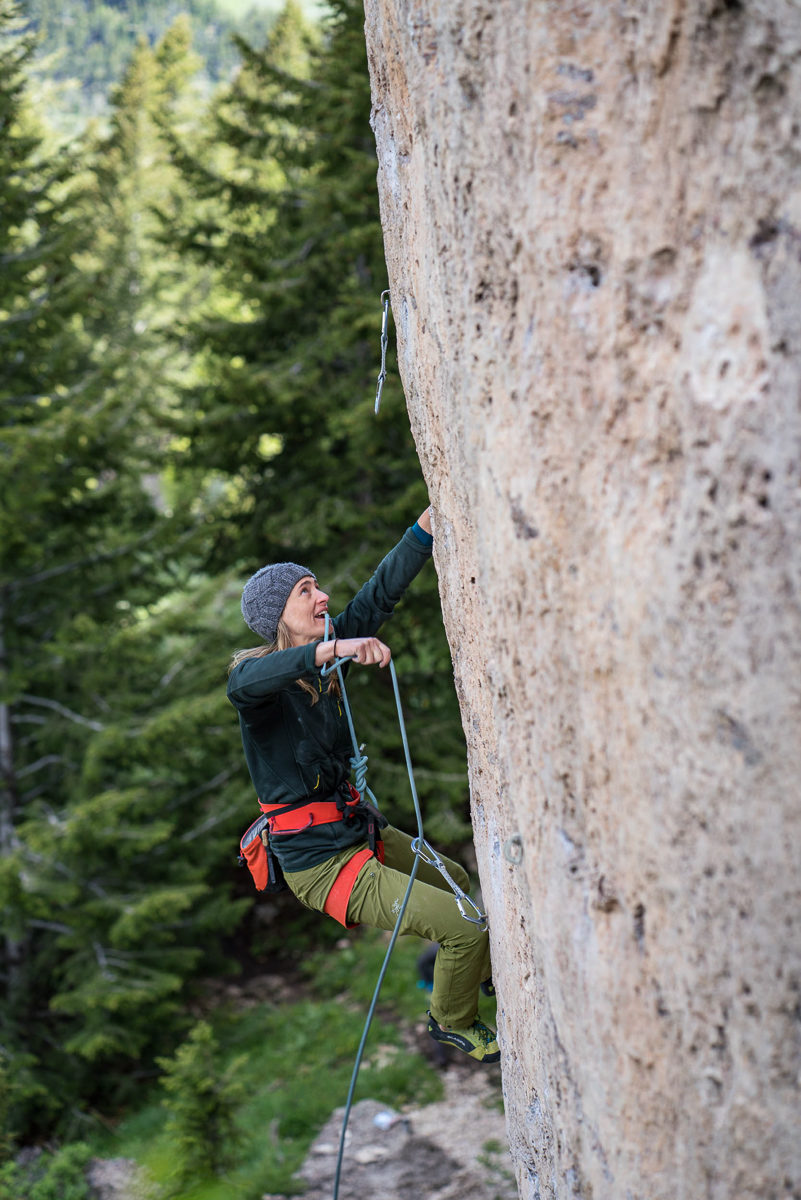 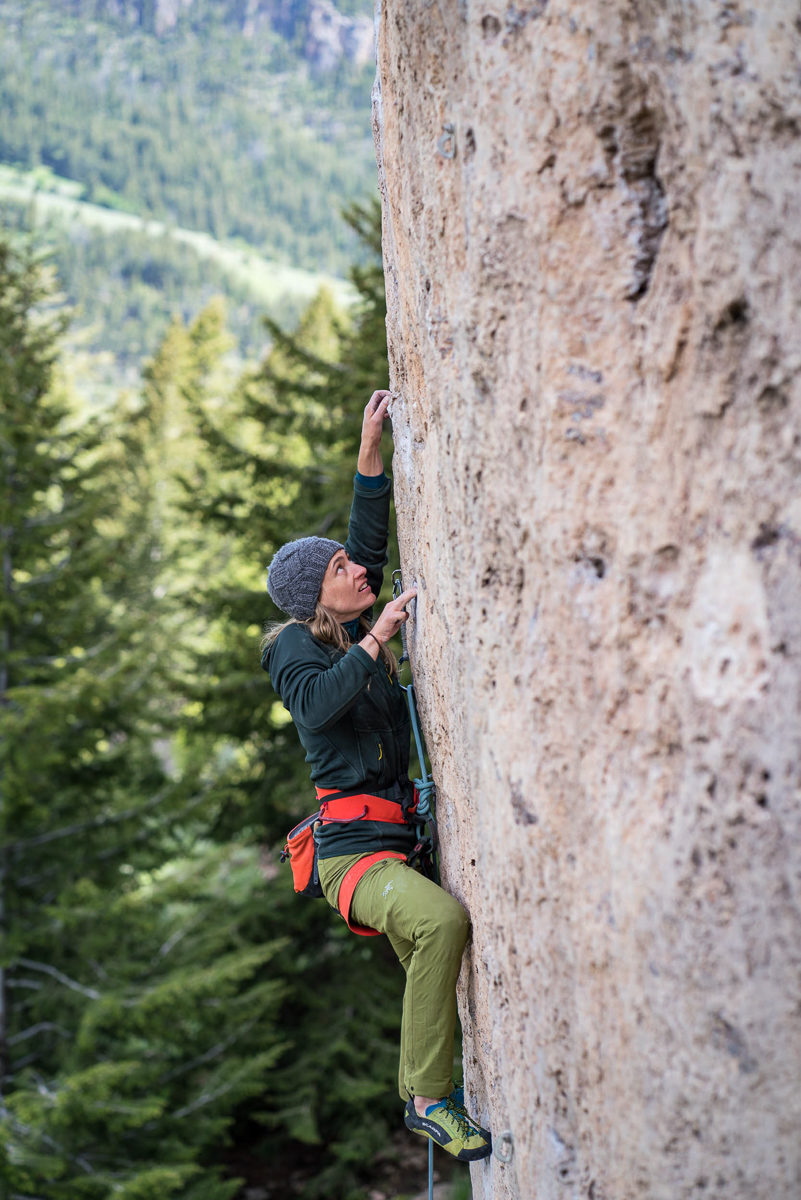 Our Ten Sleep trip started off on a high note. Deb had the forethought to download the entire NOW That’s What I Call Music! anthology of CDs so we could relive our youth. Lucy procured a white Corolla so we could offroad in style. And I got my first-ever stick clip so we could stay safe while getting sendy. This high note mostly continued as the trip progressed, despite dodging near-daily hailstorms. Deb sent her first 5.10 and took her first whipper, Lucy sent her first 5.12, and I sent my second-hardest route ever. However, one of the best moments for me was unexpected. I was climbing with an old friend who had come out to hang during the trip, and we were trading life updates. Then she mentioned how impressed she was at our team’s collective stoke and positivity. I think this was possibly one of the nicest things she could have said to me. It makes a huge difference to climb with people who are positive and who try hard, and it felt really meaningful to know that Deb and Lucy and I were contributing to the stoke aura at the cliff. It was even more meaningful to feel that I had possibly played a small part in creating a culture for Deb and Lucy’s auras to grow. We’re all back home in work mode now, but I can’t wait to start scheming for the next adventure. 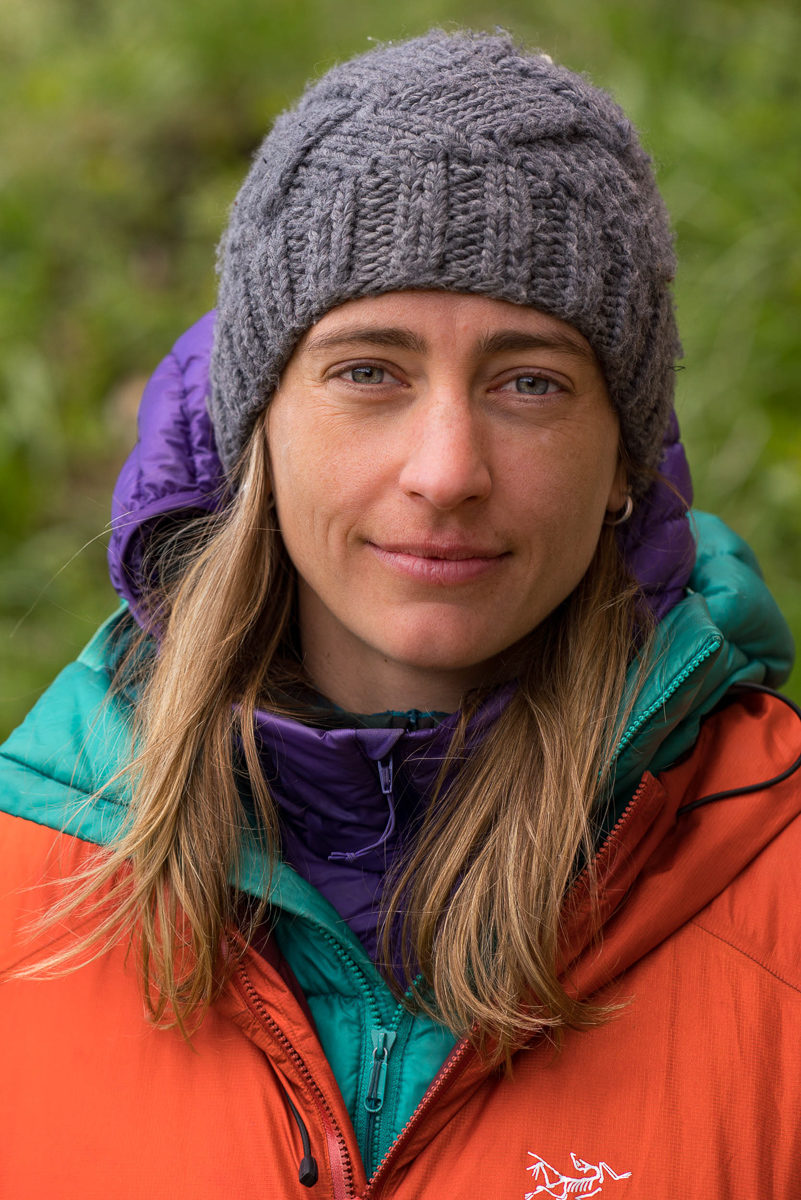