Nina Caprez is a straight-talking weapon of a climber who is not ashamed to have big goals. That makes her a little bit dangerous. Sorry, but she’s not sorry at all. Not sorry for her gypsy ways. Not sorry that she isn’t ready to quit climbing, settle down and have kids. Not sorry for how strong she wants to be. Not sorry for the rowdy birthday party that ruined someone’s next-day climb of El Cap. Not sorry that she and Lynn didn’t send The Nose on the 25th anniversary of the first free ascent.  She’s negotiating her relationship with failure. Learning to go with the flow. And she’s not apologizing for any of it. Dynamic is the word. 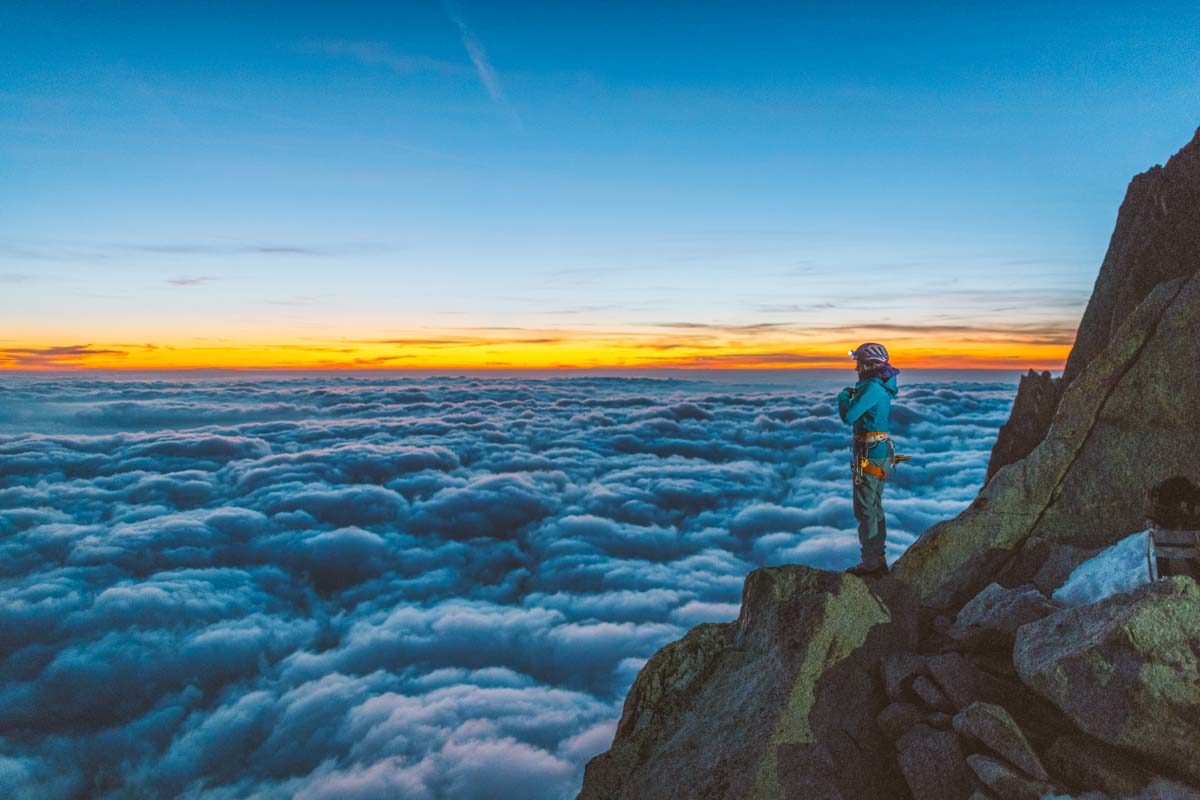 The year Nina Caprez turned 32, she spent more nights sleeping outdoors than she ever had – 200 nights under the stars, 300 days on rock. The gypsy spirit that pushed her out of the conventional safe Swiss way of life back when she was 17 is showing no signs of slowing down. Nor is she showing any signs of settling down, despite what a more domestically-oriented (now ex) boyfriend might have desired.

2018 wasn’t master-planned – climbing in Greece, Spain, Chamonix, Madagascar, the Rätikon, and Yosemite just kind of unfolded. “There are years where you feel very close to nature and you need to be in nature. I knew I wanted to spend as many days and nights outdoors. It was a big rock climbing year, but I was super content with how much priority I was able to put on climbing, without being this monotone climber, only talking about crimps and movements.”

She has been a one-track climber before – you don’t rack up as impressive a resume as Caprez has (Silbergeier (5.14a, Ratikon), Hotel Supramonte (5.13d, Sardinia), El Nino (5.13c A0, Yosemite Valley), Ultime démence (5.13c, Verdon Gorge), la Ramirole (5.13d, Verdon Gorge) without a degree of obsessiveness.

But four years ago, after her relationship with Cédric Lachat (whom she has called the greatest influence on her climbing career) ended, she reconfigured her personal approach to climbing, trading intense focus for being in the flow. And it’s working out just fine.

“Right before Cédric Lachat and I split up, we were pushing hard – always harder and higher and faster – and it was a bit too much for me.”

In 2014, she and Lachat were attemping a 5.14b route called Orbayu, in Picos de Europa in Spain.  And Caprez broke down. “It was a really, really hard multi-pitch route with a key 14b pitch in it and I wasn’t able to climb it in the way I planned it.”

It crushed her, at the time, but in hindsight, she reflects, that that experience “was the best experience ever concerning what is failure and what it is to succeed.” 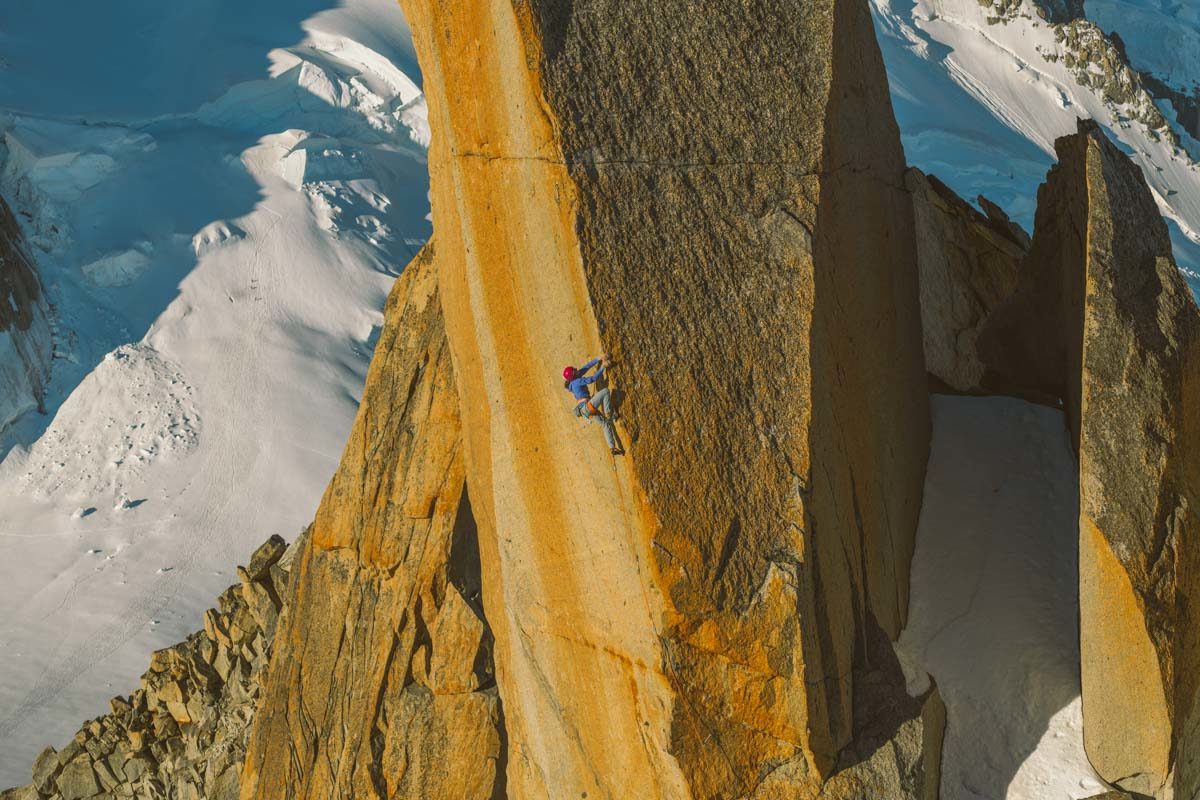 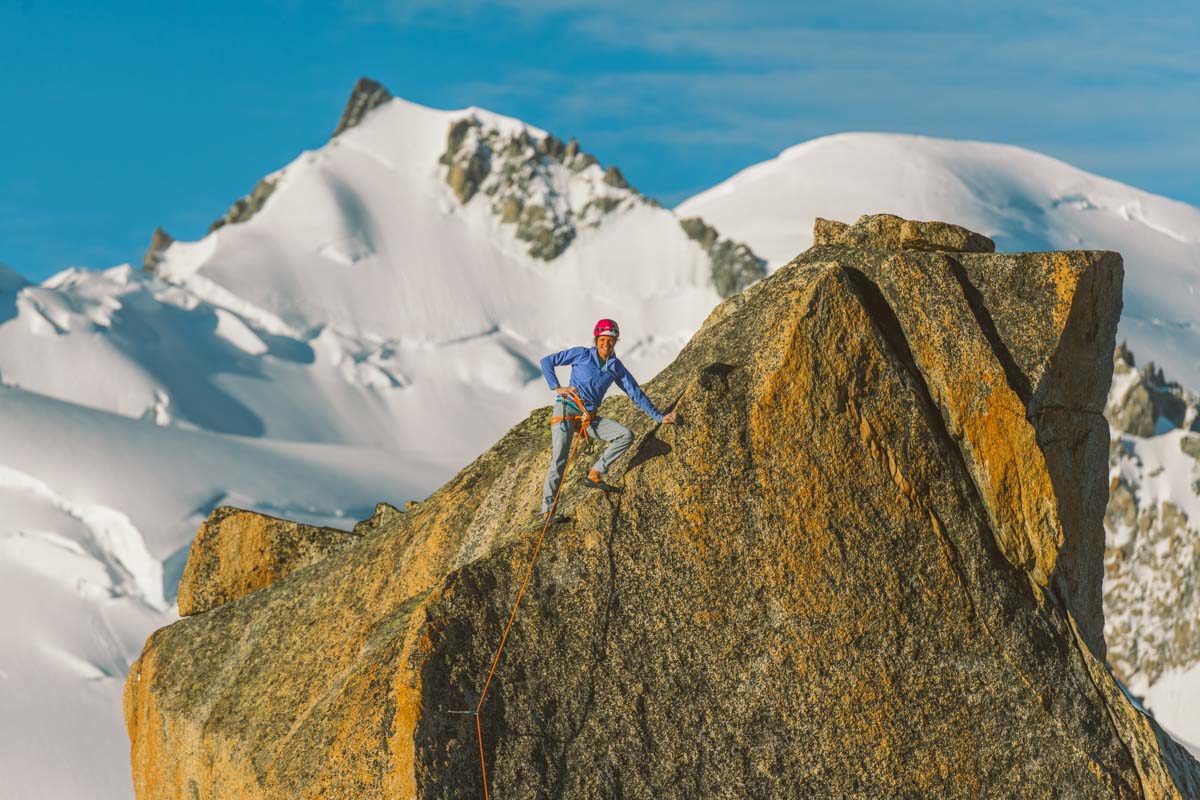 Caprez realized her rigid approach had been sucking the fun out of the sport. “Because actually in climbing, there are no rules. I love climbing. I love pushing. Of course I do. But I need to have a good balance in-between, like climbing fun stuff, climbing with friends, taking time off to reflect about the climb. I see climbing as like a school of life, so I’m not really interested in just trying to push hard and to progress. It’s more about ‘okay, what does it teach me? Where does it bring me? Does it make sense or not?  How do I really feel? Is my body alright?’”

With that new outlook, spending a month hanging from a wall with Lynn Hill, to commemorate the 25th anniversary of Hill’s legendary one-day first free ascent of The Nose, was the ultimate masterclass.

Despite climbing professionally since 2009, it took until 2017 for Caprez to get around to visiting Yosemite. In October 2017, she and her then boyfriend climbed The Nose. Classic style – in three days, aiding the hard pitches. And it was a big let-down.

“It was kind of weird,” reflects Caprez. “Maybe because I expected something else. The Nose today is the most busy, multi–pitch route in the world. It’s the most polished route you can climb because of the traffic, the hauling, everything. So we tapped out and I thought, ‘that’s not really the route I had imagined.’ I’m not normally looking for being on a route with 30 other parties.”

But The Nose wouldn’t let her go so easily.

“As soon as we hiked down, I wasn’t able to sleep, and so I took my computer and I was watching all the videos of The Nose and then I got so excited to try Changing Corners, (the 5.14a/b technical crux of the route), I woke up my boyfriend. It was 1am. I was like, ‘hey, what do you think? I don’t know, but I think it could be really cool to hike up to the top and rap in, and try Changing Corners.’ 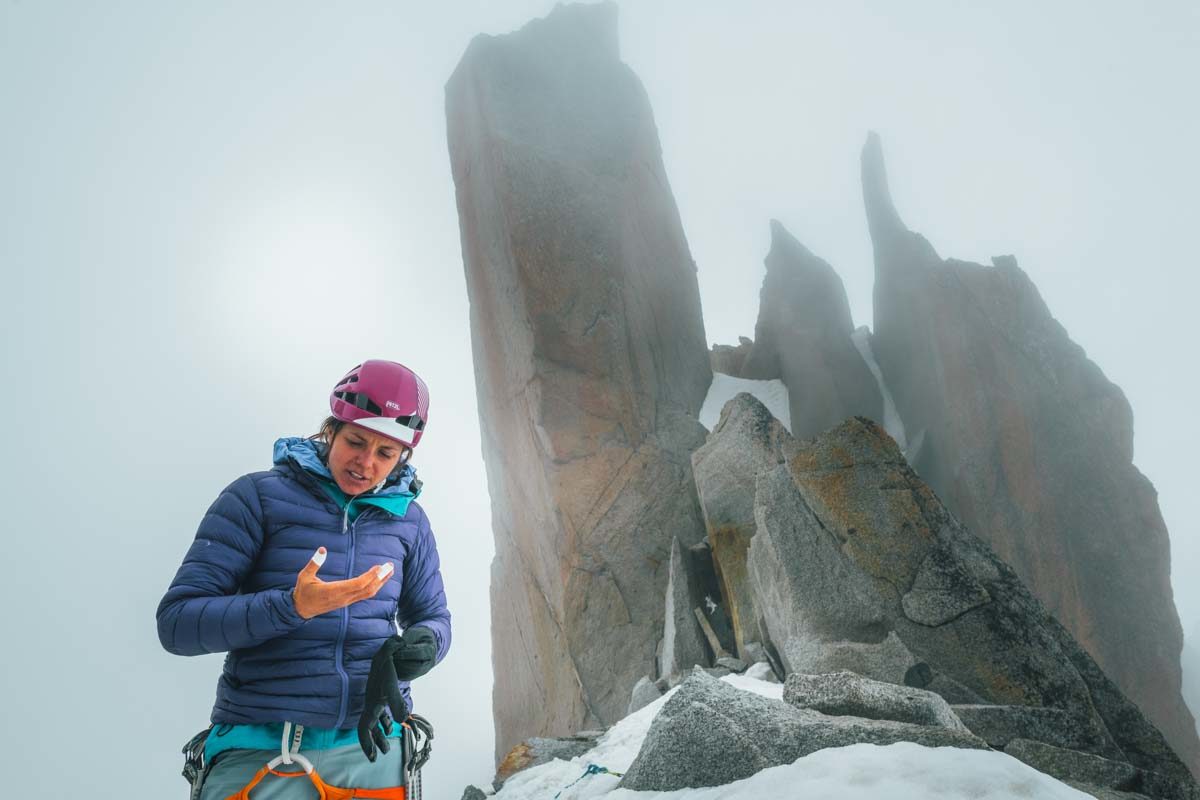 Caprez and Lynn Hill have a professional relationship through their mutual sponsor, Petzl. They’d climbed together at previous athlete gatherings, and Caprez had also taken Hill out, just the two of them, in Grenoble, where Caprez lives.

So, randomly, at 1am, from Camp 4, a wired Caprez messaged Lynn Hill via instagram.

“And Lynn is one of the most non-active persons on instagram!”

Hill (aka @linacolina) replied 6 months later. She’d just read the message. She wasn’t sure if Caprez was serious. But she was open. 2018 would mark the 25th anniversary of her first free ascent. What better way to commemorate than by climbing the route again? Caprez ordered the gear, bought her tickets, and Hill booked the time, the first time she’d taken an entire month off since her 15 year old son was born.

“It was big,” says Caprez. “We both badly wanted to go rock climbing, and it was important to her to climb this route again, not just for the show. God, it was magic. Lynn is such a legend.”

It was an awesome experience – attempting to free-climb The Nose with the first person to accomplish it, on the 25th anniversary of the feat, Nina now approximately the age that Lynn had been.

“There is a reason why today only eight people have climbed the route so far. There is a reason there hasn’t been more people just crushing that thing,” enthuses Caprez. “It’s a big journey. I spent an entire month with Lynn Hill. And then, at the end of the month that we were together, we went for a three day push, and I freed about 90% of the route, except, precisely, for four metres of Changing Corners. That was way over the expectations I had. Lynn pushed me to give my real best. She believed in me. It was very, very, very precious to me.”

The experience also underscored how big Hill’s accomplishment was, 25 years ago. “It’s just one of the biggest performances ever made.”

Back on the ground after their attempt, Caprez ushered in her 33rd trip around the sun with a rowdy all-nighter at Camp 4, singing, jamming, dancing until 2am. Two weeks later, back home in Switzerland, she got an angry email. It asserted, ‘I wanted to climb El Cap next day and I just totally sucked because of you. It’s a shame that you’re a professional athlete and you know what, if I can give you advice, in order to perform, you should stop partying.’

But for Caprez, climbing is such a dynamic path, and it’s become important to find the balance between performing and partying, the push and the recovery, the striving and the rest. Her passion for climbing is as strong as it has been in her 20 year practice of the sport, but her perspective keeps evolving.

“I’ve been visiting so many countries, poor countries, where people have real difficulties, people are still in war, they’re fighting and losing their families. For me, being able to move on rocks? Wow, this is unreal! I’m such a fortunate person. So it can’t be a drama anymore. Being able to clip a chain on a route or not is just so not important in this world.” Now, instead of pursuing a tick, she approaches climbs as if she’s embarking on a new relationship – with less rigidity and intensity, and more curiosity. “There is always a line. I’ve very attracted to the line. So now, I just go, and see how I feel on the route, if there’s a connection. The more I am really honest with myself, with the connection, with the route, with the place, with my partner, the more I climb so free, and so much more graceful. And if you can’t really succeed right from the beginning, or move the way you wanted to, then you’re like, ‘ahh, that’s interesting, ahh, what does it mean to me?’”

She’ll be back for The Nose in the fall of 2019. “I’m just missing a little piece! That was so motivating to become stronger and to work hard.” The relationship isn’t over yet. And she’s not sorry at all.

Learn from Nina this summer at the 2019 Arc’teryx Alpine Academy in Chamonix. Explore clinics and more HERE.