Mount Hunter is one of those peaks that mesmerize climbers around the world. ‘Begguya’, as it is called by Alaskan Natives is indeed ‘Denali’s Child’, located south of its “mother” only two miles from the Denali landing strip. It is the third highest peak in the Alaskan Range and probably the most difficult four-thousander in North America. No wonder this vast granite crowned with a nearly 5-km summit plateau has been luring climbers for more than sixty years.

Fred Beckey’s 1954 ascent of the west ridge and John Waterman’s 148-day solo first ascent of the southeast spur in 1978 made other climbers turn their eyes to the mountain, specifically to its North Buttress. The obvious gully to the left and the unobvious mixed face above, as referred to by Mount Hunter legend Michael Kennedy were first climbed by the French duo of Yves Tedeschi and Benoit Grison in late June 1984. Despite the convenient access and easy logistics, the North Buttress Couloir and other routes on Mount Hunter’s north face have seen far more attempts than ascents. According to some records, Mount Hunter’s summit is reached by no more than six climbers a year. In June of this year, that distinguished and small group of ascentionists was about to expand. 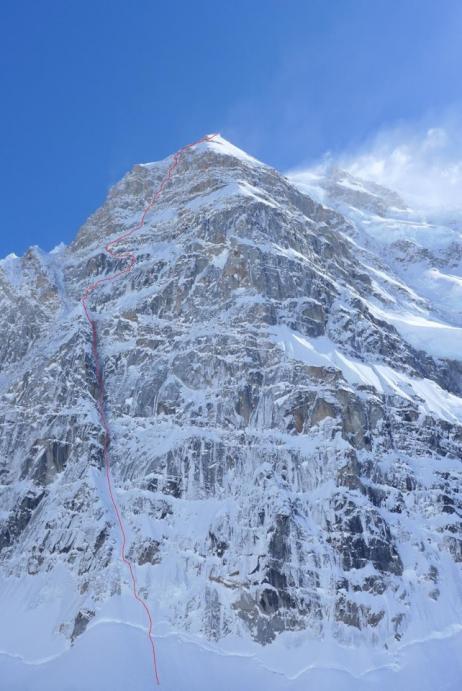 Luka Lindič and Aleš Česen chose the Alaskan Range to be their next climbing goal while they were still on their previous expedition in the Indian Himalayas. Despite it being the right season for their Alaskan adventure, the Slovenian team was accompanied by fickle and mostly adverse weather. They started their acclimatization by ascending two lower peaks – Mt Francis and Kahiltna Queen. The former making the team clean some loose rocky parts and break trail, whereas the latter requiring total concentration while down-climbing steep, snowy and icy terrain. 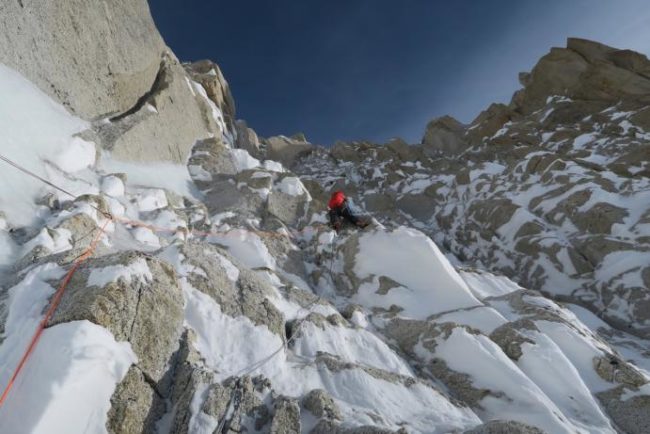 Feeling ready, Luka and Aleš decided to give the North Buttress a try. “In Alaska you have big faces and longer days, which make a perfect combination for long pushes”, says Luka. To reduce weight the team packed only necessary equipment and headed for a new line right next to the French route. Looking difficult but interesting, the line turned out to be impossible to climb because of the conditions, forcing the pair to go for the French route. They climbed the initial couloir quickly, but a traverse covered in hard, glassy ice in the middle of the route as well as fresh snow on the upper part prevented the team from keeping their quick pace. After about 23 hours of climbing the Slovenians set up a small bivy under a boulder about 100 meters below the cornice. Having climbed the entire route, Luka and Aleš wanted to continue through the remaining easier section all the way to the summit. When they awoke the next morning, dark clouds from the south had rolled in for good. Accompanied by spindrifts and avalanches, the team spent 7 hours rappelling 1500 meters of the Bibler-Klewin route in poor visibility. The following days brought increased temperatures, melting ice and falling snow mushrooms. Luka and Aleš understood that the only reasonable option was flying back home. “The north face of Mount Hunter is definitely one of the best faces of this type I have seen so far, it offers high quality climbing and is easy to access. I think it deserves its icon status in North America mountaineering”, says Luka. And what about the summit? “Sometimes I don’t care about the summit and sometimes it is the most important thing after staying safe. For example, when climbing the north face of Triglav in Slovenia, I didn’t care about the summit like the vast majority of other climbers. Honestly, with Aleš, we really wanted not ‘just’ to climb the north face of the Mt. Hunter but also to reach its summit. We tried and eventually turned back due to bad weather. I still think it was a good decision and I don’t regret it even when sitting on my comfy sofa.” 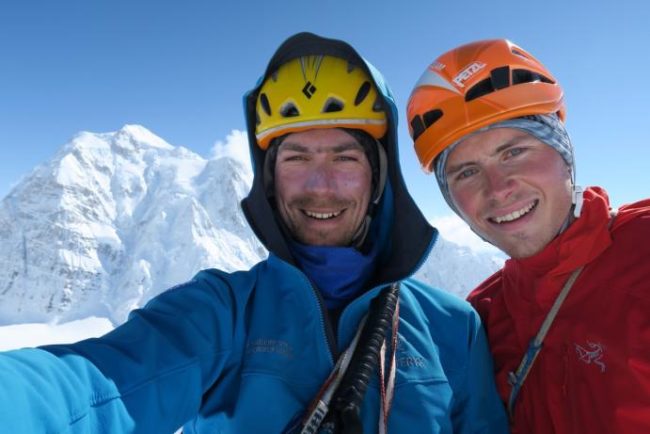 “I am going on an expedition to Pakistan in a few days so my mind is already there, but I believe I will climb in Alaska again very soon”, concluded Luka.