The How of Hoji
By: Lisa Richardson
Photographer: Robin O'Neill

“I’m not a genius,” says Eric Hjorleifson, inventor of the patented Hoji-Lock System and winner of the 2018 ISPO Gold award in the Freeride/Touring Ski Boots category for his collab efforts on the DYNAFIT HOJI Pro Tour boot.

Some combination of the two is what seeds a revolution and Hoji, everybody’s favourite mad-scientiest freeskier might be on the verge of transforming ski boot technology for good.

Hoji has been wearing ski boots for 33 years, practically his entire life. It was inevitable, given his tinkering personality, that he would eventually start to peel them apart, and try to make them more comfortable, more efficient, better designed.

“
He’s a visionary on skis. And with equipment. Some people have mechanical minds - they can see a binding, and they want to know how it works. He’s a genius, with the way he creates and sees equipment and wants to make it better. 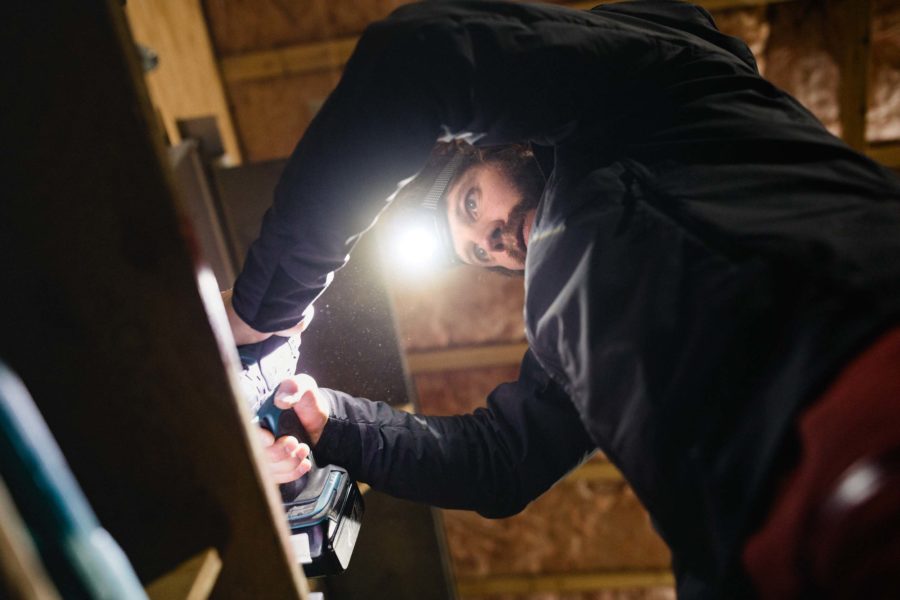 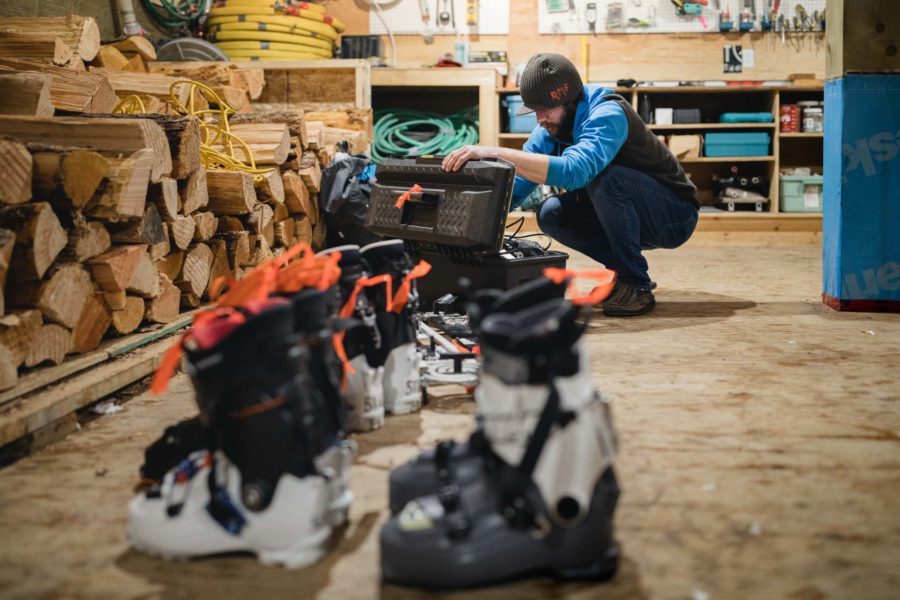 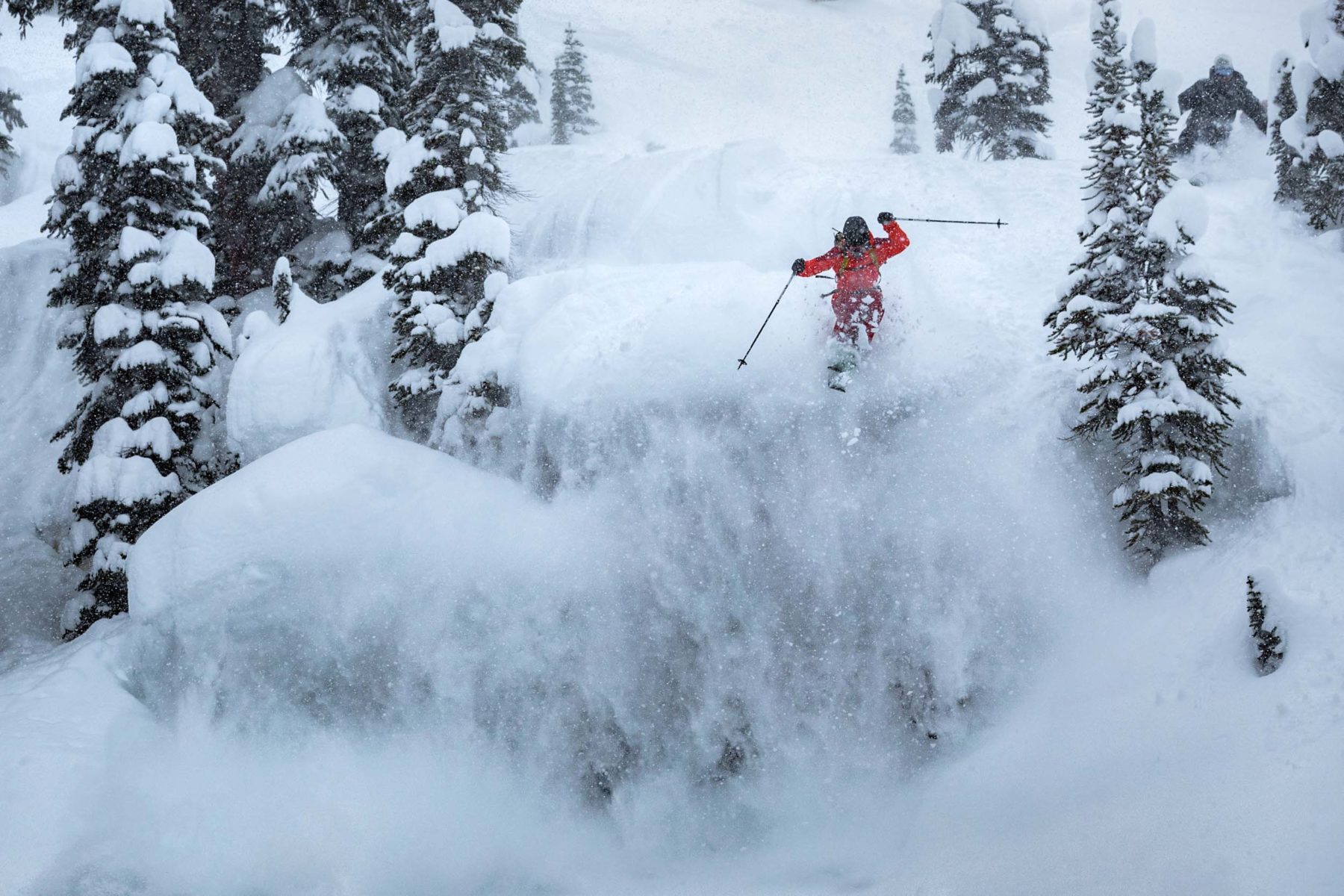 He grew up in Canmore, chasing his ski instructor dad around the Rockies, then ski racing, chasing the coaches, then coming of age just as the twin tip revolution blazed to life. “I never got into skiing to be cool. Everyone who was cool played hockey or snowboarded. Skiing was like figure skating.” But suddenly, a new style of skiing emerged – a pivotal moment for the sport and for 15 year old Eric Hjorleifson. “That was the death of ski racing for me.” And the beginning of a career that didn’t even exist at the time. “Being a pro skier? It wasn’t even a professional sport. Nowadays you could be an Olympic athlete in the half pipe or slopestyle, or competing in the World Tour for freeride, or you could be a film athlete. It’s neat to have been part of skiing as it evolved from a fringe sport into a real professional sport.”

Ski technology has evolved in that time-window too, as athletes pushed for the gear to keep up with their evolving interactions with the mountains. “Freeriding, backcountry freeriding, new school, twin tip skiing, jibbing, whatever you want to call it, it all came from athletes pushing, wanting to do something new and exciting.”

Through working with 4FRNT, Hjorleifson had his hand in designing and developing skis. Working the press in a microfactory out of Salt Lake City, and seeing the skis perform, hooked Hoji deeper into the creative process. “It really got me inspired. I could see the results. You put in the time, work on something, test it, improve it and suddenly you have skis that are better than you could ever have imagined. Your skiing evolves and changes and it allows you to do more, and as you do more, you have a better idea for improving the skis. It’s a cycle.”

It was inevitable that he would turn his mind to ski boots. “You’re wearing clunky crappy alpine ski boots around the helicopter for 10 hours a day but you’re only going to ski for 45 seconds. Or you’re on a snowmobile for 12 hours a day. Your feet are dying, toes are all numb, back hurting, quads seized. I wanted boots that would allow me to stand up, so I could relax, when I wasn’t actually skiing.” 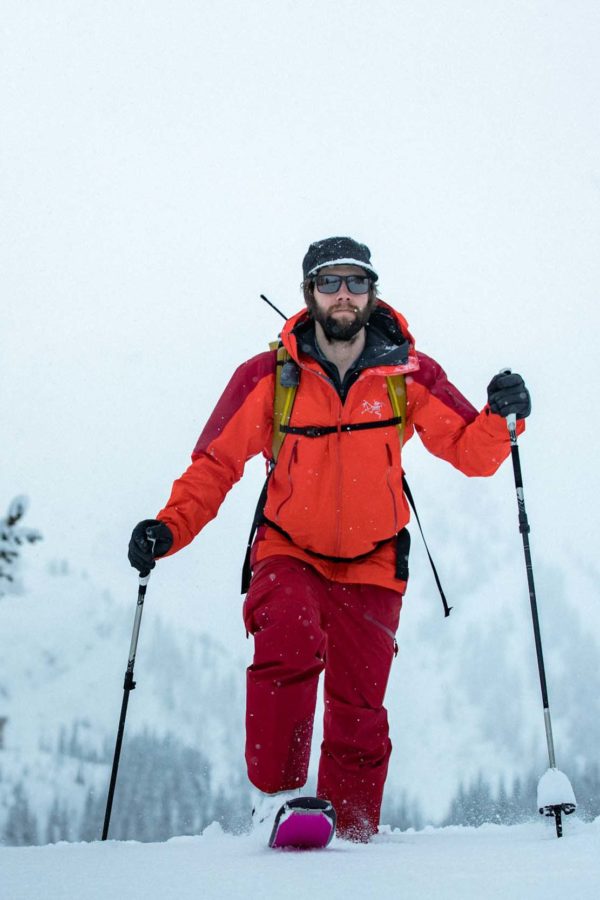 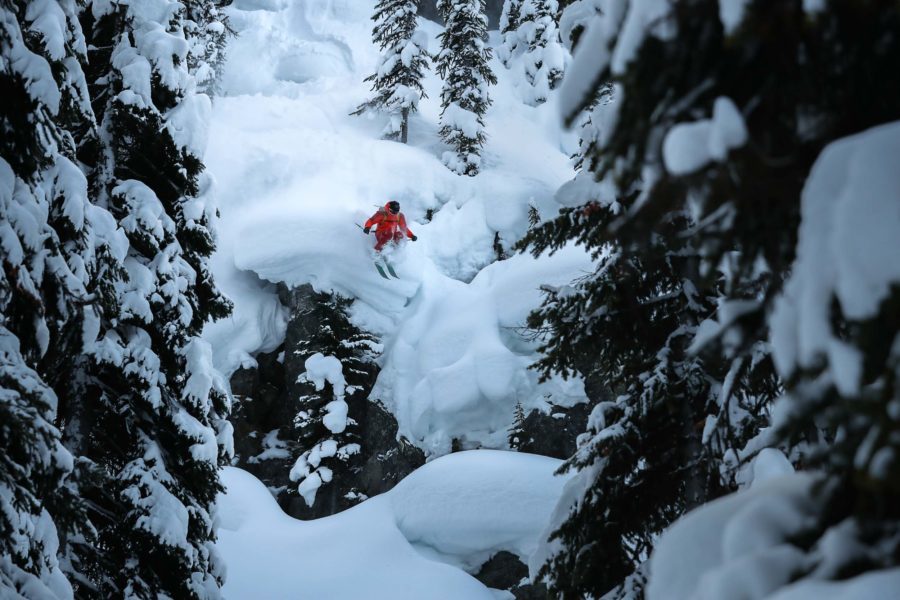 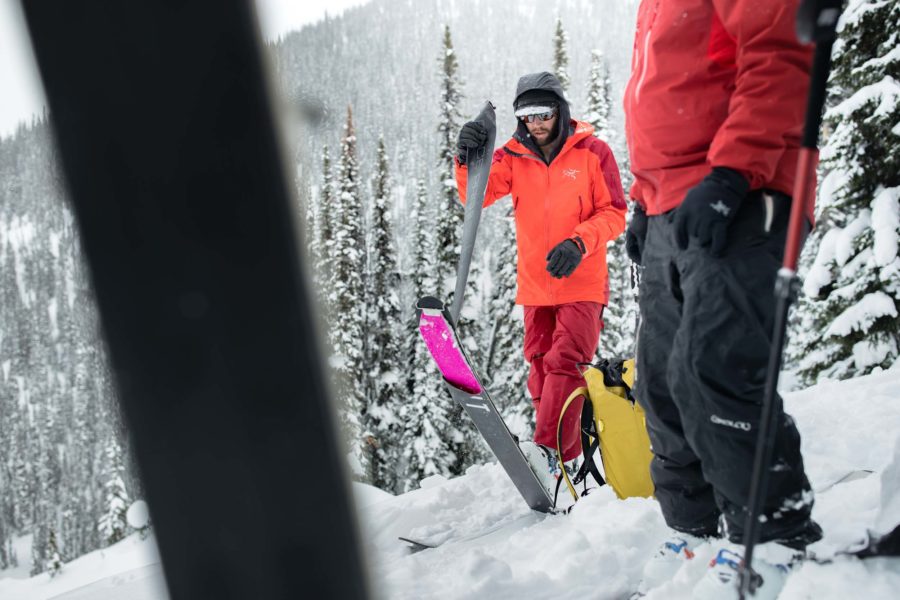 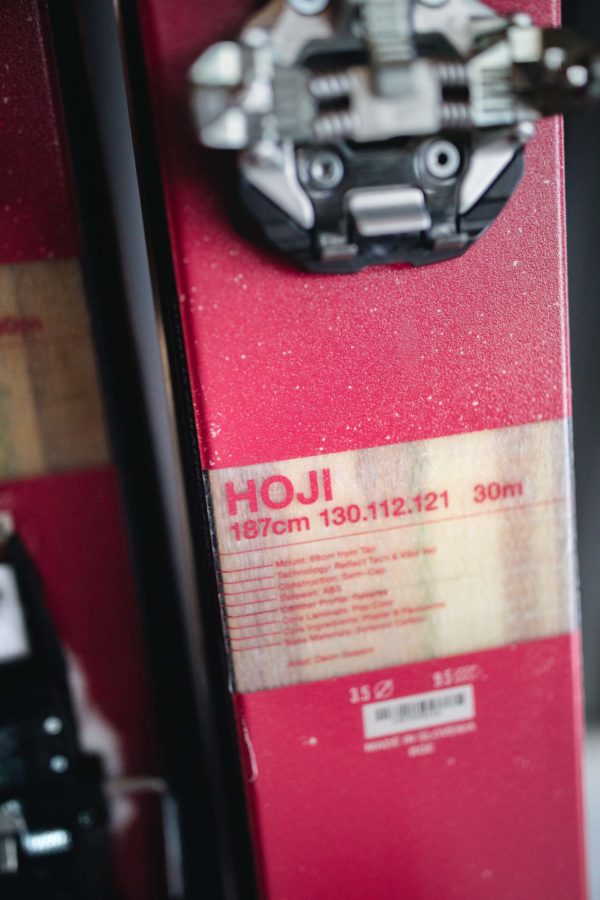 If he wasn’t using heli or sled access for filming, Hoji would be at ski touring lodges seeking out plump pillow lines. The filming team would unload their gear, replete with Alpine Trekkers, chunky adapter bindings that have caused many a backcountry melt-down, to raised-eyebrows from the guides. “We were so limited by our equipment. We could barely do any runs, even though we could ski high level stuff, because we just couldn’t get anywhere. I hated the feeling of being stuck. I wanted to be able to go everywhere.”

That desire to be in the mountains, moving freely, unhindered by gear, drove Hoji underground.

Outfitted with Dynafit’s first ski touring boot with an overlapping cuff, the Zzeus, he took to his creative bunker, a workshop he set up in an underground storage locker, a tiny concrete-encased space with no cell service, no natural light, no distractions. He was so intently focussed that entire days, or nights, would pass. “I’ve worked in here for 20 hours straight, just casually drinking beer and coffee. Many nights that I’m working, I’ll come upstairs with my empty beer can and it’s 6am, and I’m like, ‘oh, I guess I need to start drinking coffee.’”

His brain obsessed with finding solutions. “I had a lot of frustration with the boot’s walk mechanism. It didn’t create a very good connection between the cuff and the shell. The few basic concepts that have been around for 20-30 years for walk mechanisms are very primitive – basically a hook or a pin. They don’t offer any sort of solution to this problem so the idea was to basically rethink how the boot pushes itself together for skiing, while also being able to get everything out of the way for walking performance to have as much freedom of motion to take natural strides.” 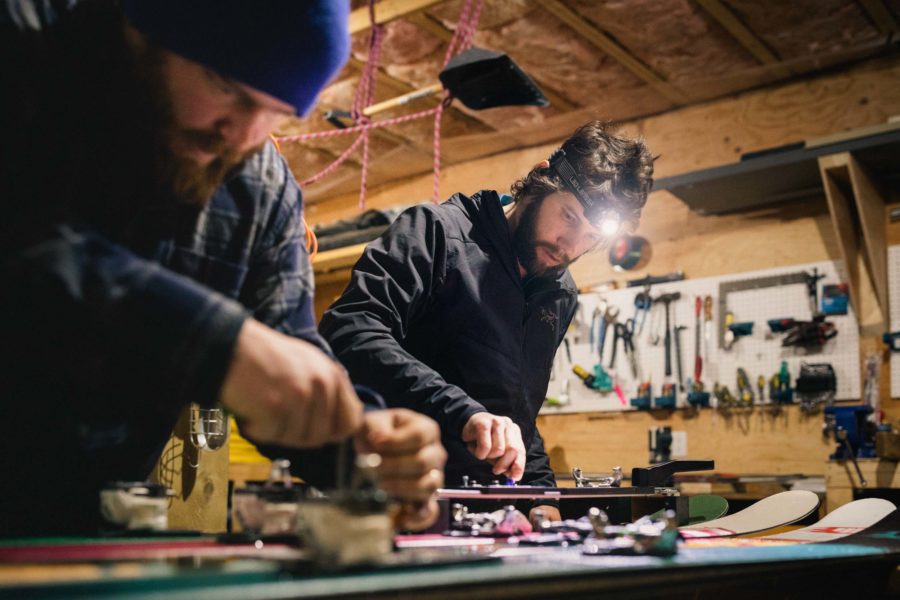 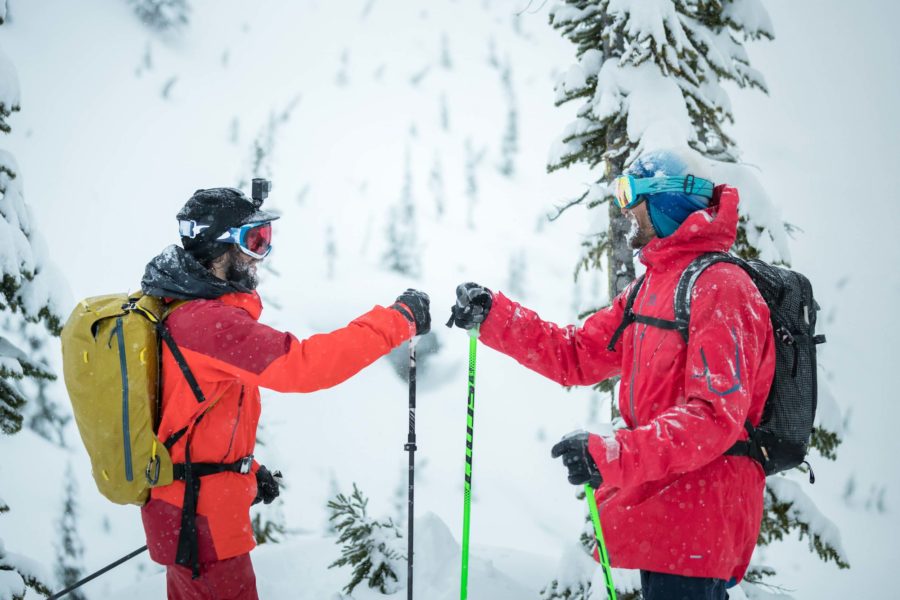 After four years of MacGyvering his own solutions, tearing boots apart and frankstitching pieces together, Hoji met Fritz Barthel, the inventor of the Low Tech pin binding, at a Dynafit event in Switzerland. It was 2013. Hoji had finally found a kindred spirit. “I told him, I have this idea. Fritz was immediately interested.”

Barthel invited him to come to Austria, to his basement workshop, where they could try and make a prototype for Hoji to test.

That, says Hoji, was the beginning.

“He has so much experience and still so much passion. He loves sitting down with an idea and drawing and thinking and problem-solving and then going, let’s make it, let’s try it. I think we feed off of each other. And he loves skiing pow. So it’s perfect.”

With Barthel as his mentor and collaborator, Hoji built four prototypes over four years, doing all his skiing and filming in his own prototypes. Version four became the blueprint for the newly released Dynafit Hoji Pro Tour Ski Touring Boot. Hjorleifson continues to work with them on coming versions.

He engineered his solution. The pieces have finally come together.

“If everything goes well, this could be a huge opportunity to become involved in the continued improvement of equipment. This boot project has been my biggest motivation for four years. That, and skiing powder. Whch is my other major motivation. Skiing powder any chance I can get.”

His phone buzzes. Fritz Barthel, mentor, collaborator, DIY genius, has just texted Hoji a picture, of himself, out skiing pow. 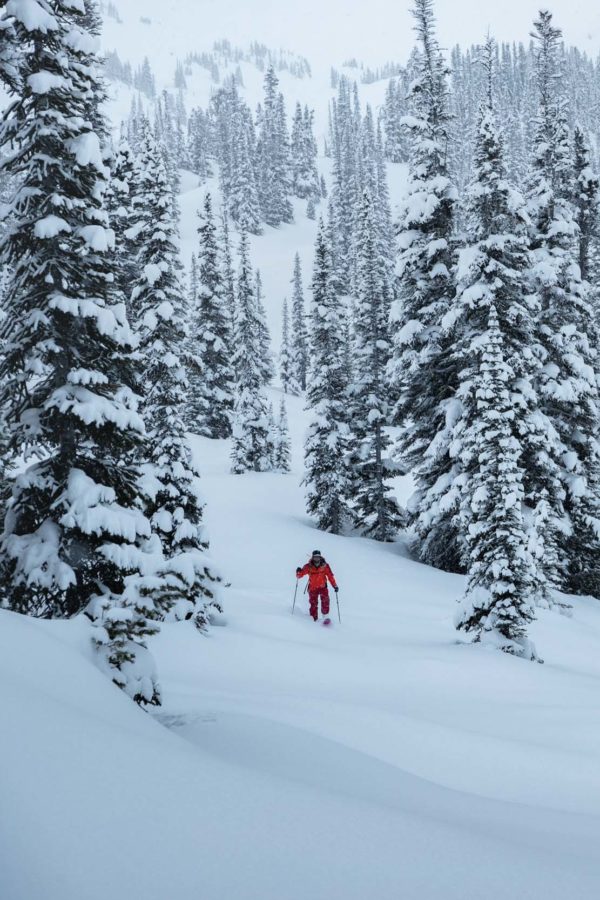 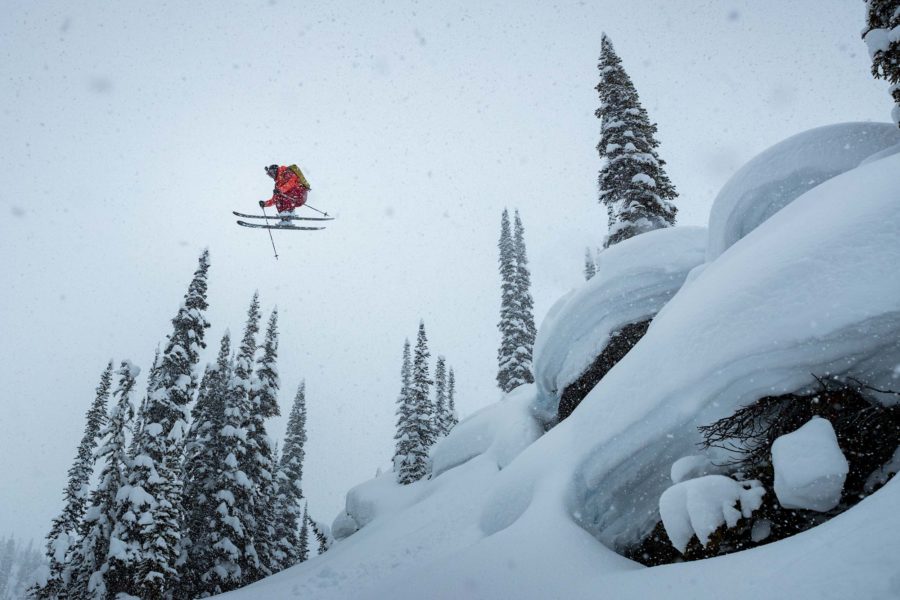 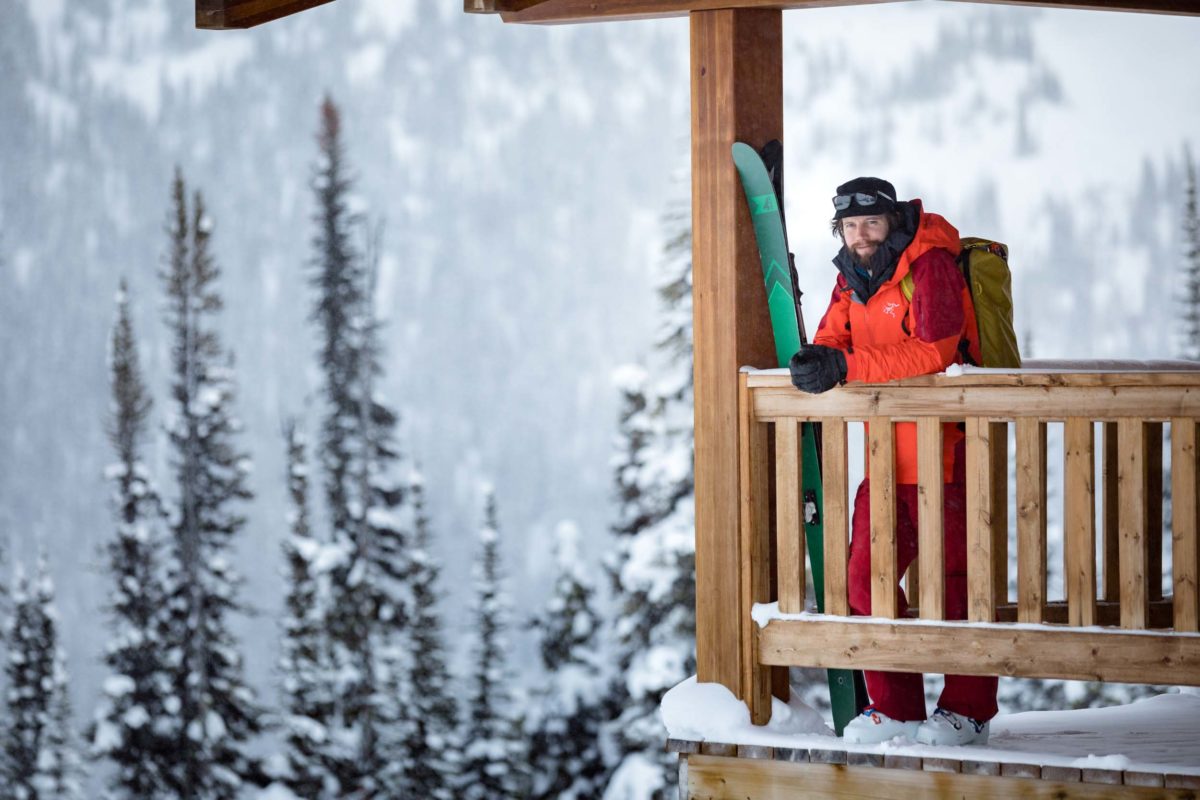 “
He’s one of those people who just truly wants everyone on the trip to succeed. So he’s going to do whatever it takes in his own power to help everyone else. It’s an incredibly unselfish way of approaching a trip. Whoever it is, it could be the greenest, newest person and Hoji is going to mount their skis for them and give them the right set up. I’ve been on many trips with him where he stays up until two in the morning fiddling with everyone else’s gear, making sure everyone’s stuff is super on point so that the next day goes smoothly. And the next day he’s still the fastest tourer and skiing the craziest lines.