Eric Hjorleifson rifles through a plastic accordion file. “I don’t know if it’s here,” he says, but his place – from the gear room, to the magazine rack in the washroom that he’s built into the wall, to the legendary Cage, his mad scientist space in the shared storage area of his Whistler condo - is completely organized.

It’s there. Where he’s looking.

He pulls out a handwritten letter from Michelle Parker.

“Who even writes letters anymore?” he asks, considers it for a moment, then carefully tucks it back into the file. 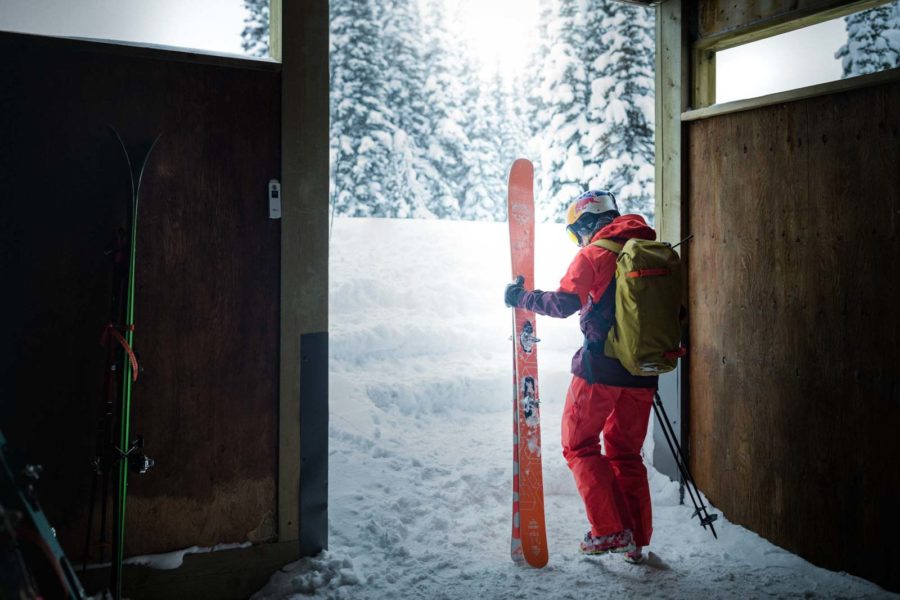 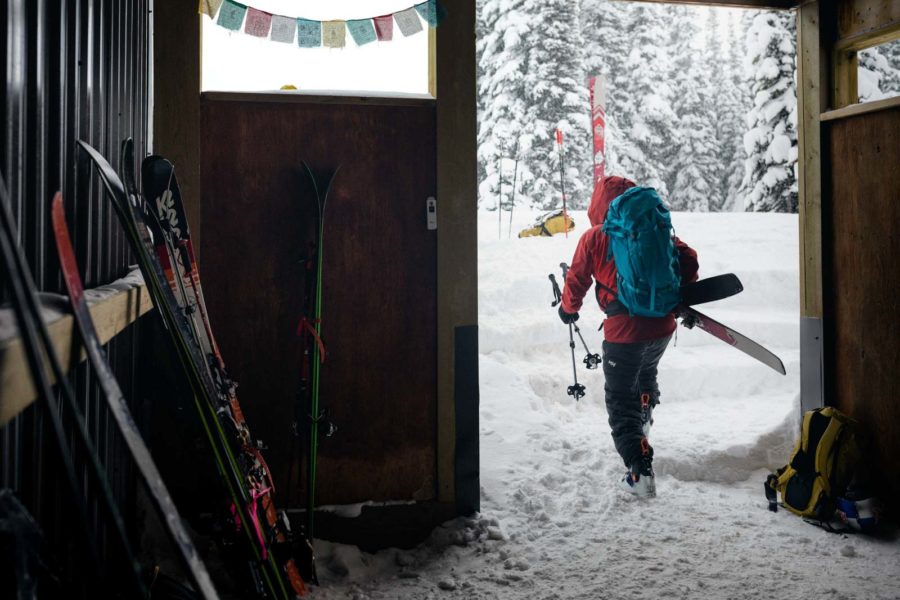 Filming with Matchstick Productions for over a decade has meant that Parker and Hjorleifson have done a lot of skiing together.

She’s known him since she was 17, when they were both new to the crew at High North summer camps on the Blackcomb Glacier.

“She was this super young, super talented, up-and-coming female skier,” remembers Hoji. “They built a huge jump to film. Michelle basically guinea’d it and did the biggest 3. Just so smooth. It was like, okay.”

“He’s been a huge motivator for me,” says Parker, now 30.  “I would tell all my friends in Tahoe, ‘I just have to be able to keep up with Hoji on the skin track.’”

January 2016, they were shooting Ruin and Rose with Matchstick. Parker had spent November and December pounding out daily ski-touring laps in Squaw Valley’s backcountry, chasing her imaginary quarry. When she arrived at Golden Alpine Holidays’ Sentry Lodge, in BC’s Selkirk mountains, she felt fit, strong. They toured and filmed for two weeks straight.

After each long day of filming, Parker and Hjorleifson would break off from the crew and take a soul lap. “We’d go make one final big lap, just for us. We did that every day, and one day, we were on our way back, and I was right on his tails, hiking up.”

“Michelle,” said Hoji. “I’ve been trying to get you off my tails this entire trip, and you’re still here, and I’m starting to get tired.”

“It’s funny how you sometimes seek certain people’s approval,” reflects Parker. “He probably doesn’t even remember it, but that was a moment for me. I accomplished my goal.” 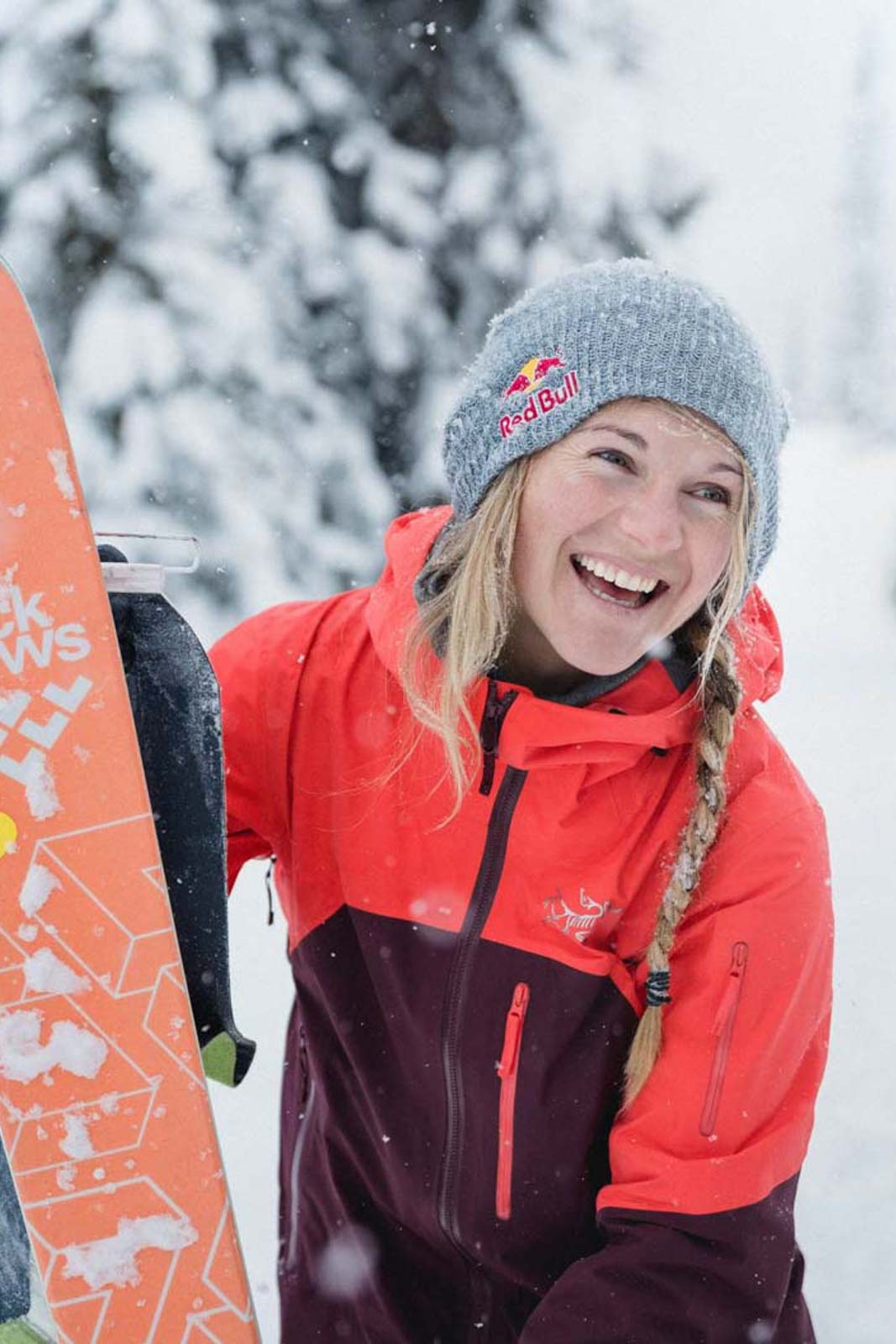 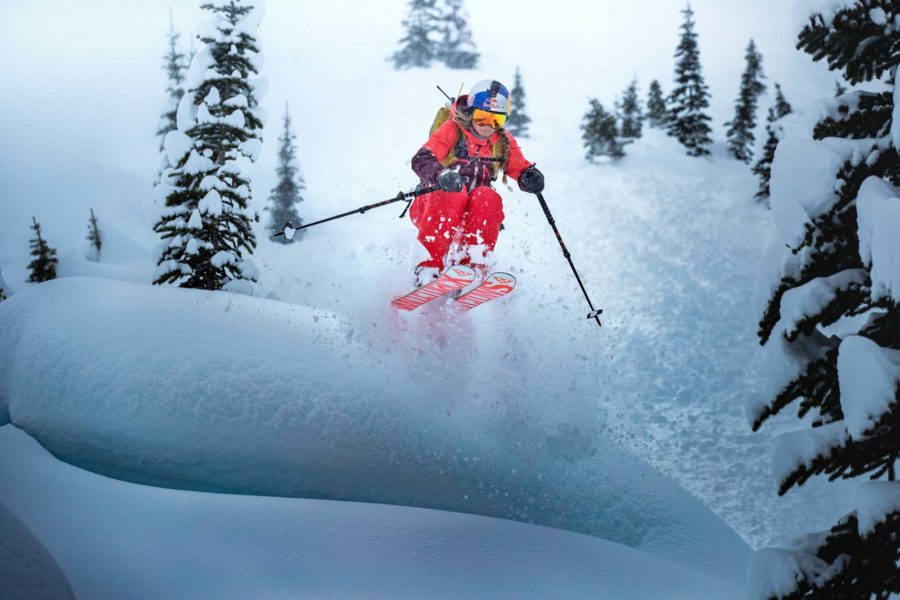 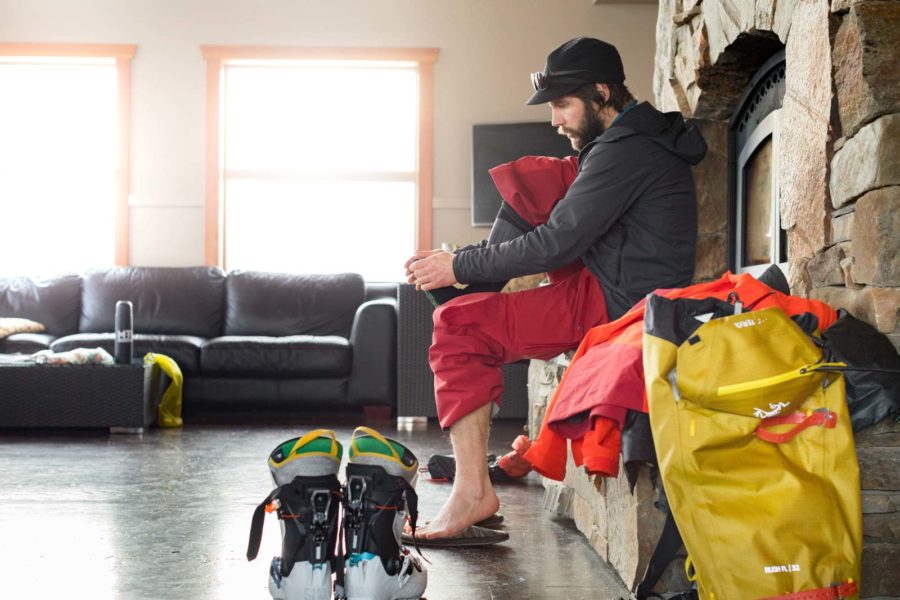 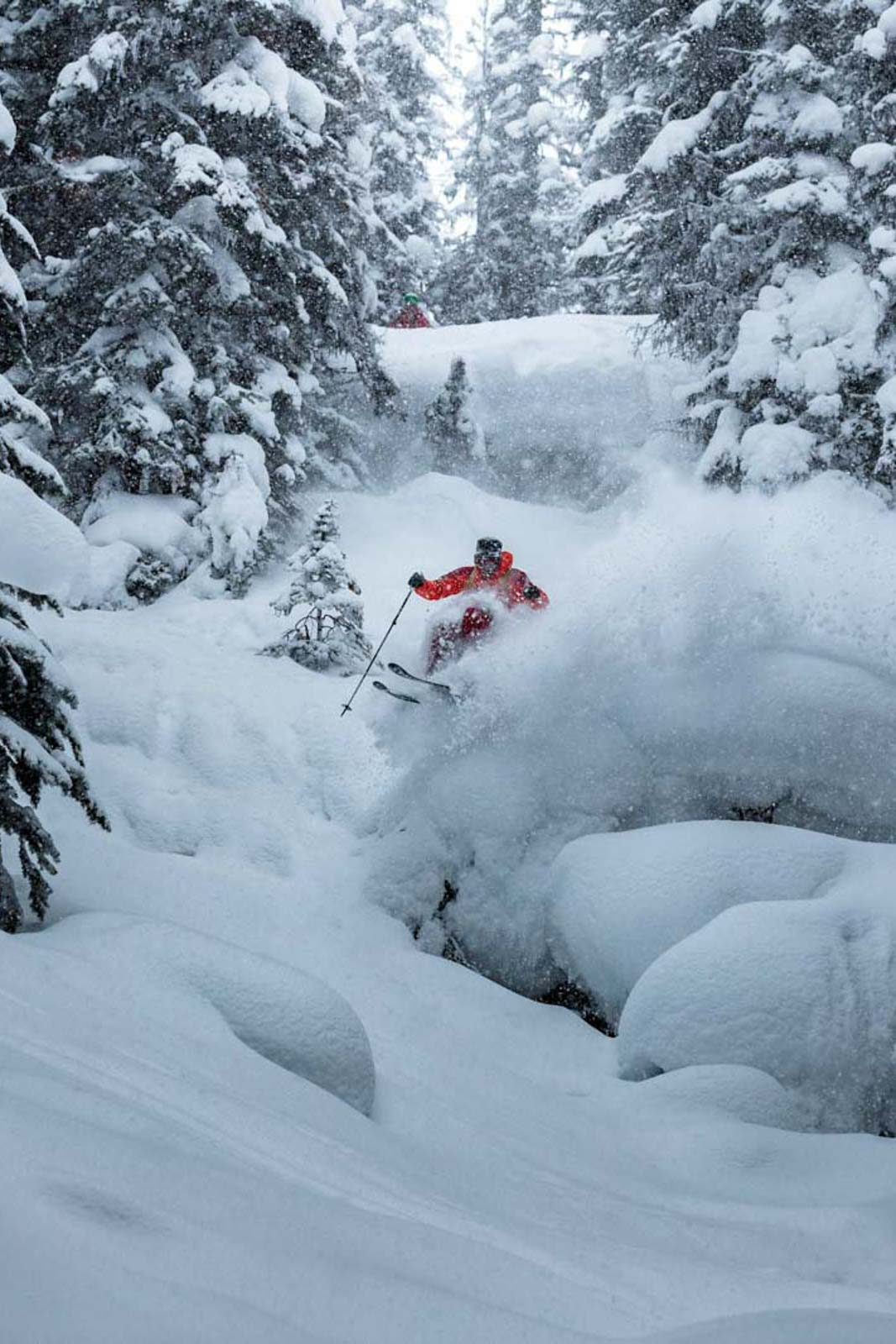 A few days later, Parker was being heli-evacuated out with a blown knee.

She’d been pushing hard and then let herself be talked out of taking a down day on a beautiful filmable day with a new fresh crew of athletes and a new cinematographer.

“It was a really simple backwards twisting fall and I couldn’t recover.”

It was January, and her season was shot.

“I was flying to a town where I didn’t know anybody, dealing with the prospect of getting x-rays, going to hospital, getting myself home, leaving this crew in the mountains. Hoji helped with the rescue and as I was about to leave, he gave me a hug and I just instantly started crying.  Like, ‘No! I don’t want to leave Hoji!’”

She drove herself home over three painful days and began the process of recovery. 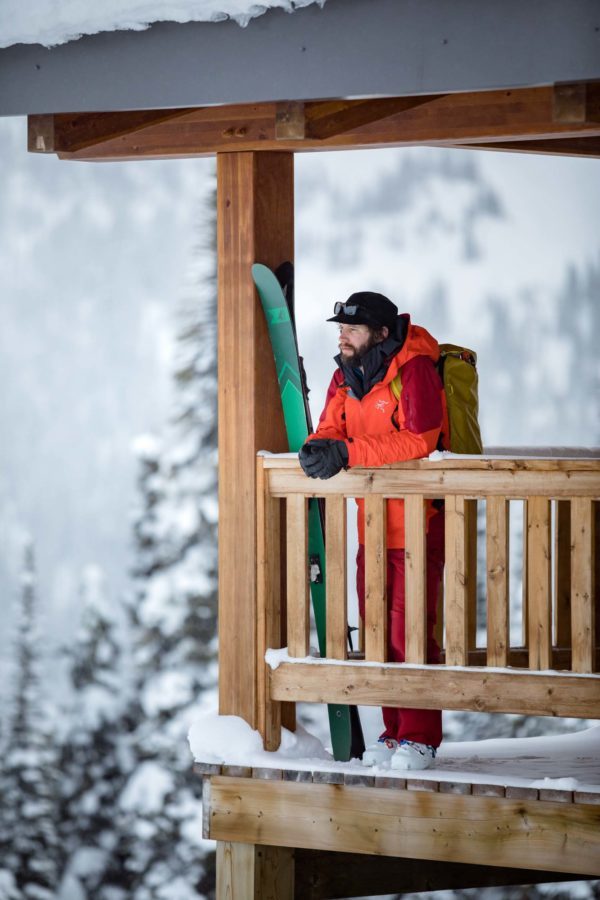 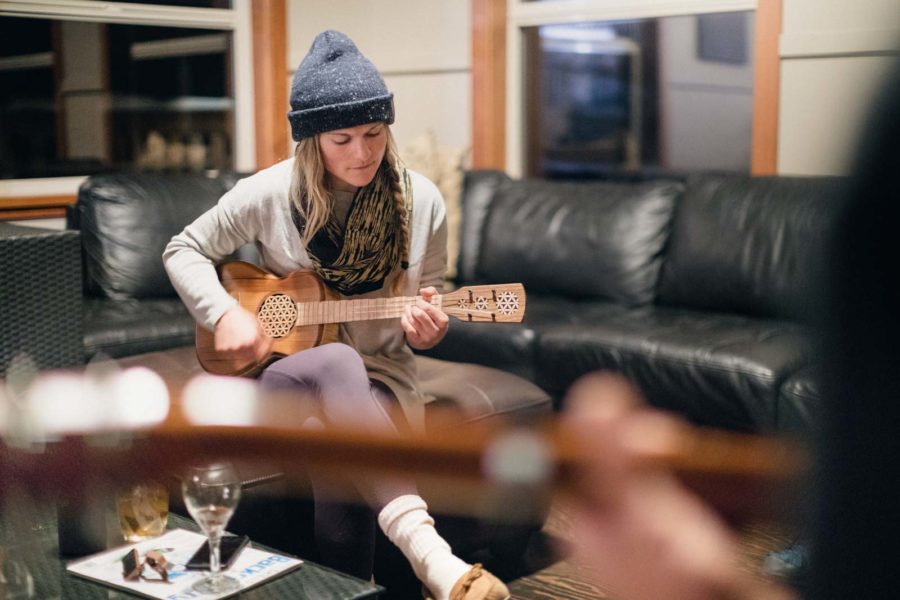 “I gave myself ten minutes to cry,” she says. After her specialist called to tell her she was facing two surgeries, three months apart, for her blown meniscus and ACL, she set the timer on her phone. “I raged for ten minutes. I was pissed off, crying, swearing.” Then, at minute seven, a girlfriend called. A friend who’d just gone through the whole process herself. “There was no one else on the planet that I would have answered the phone for. And we talked through it, and it broke me out of that.”

No more tears. Focus on the healing. 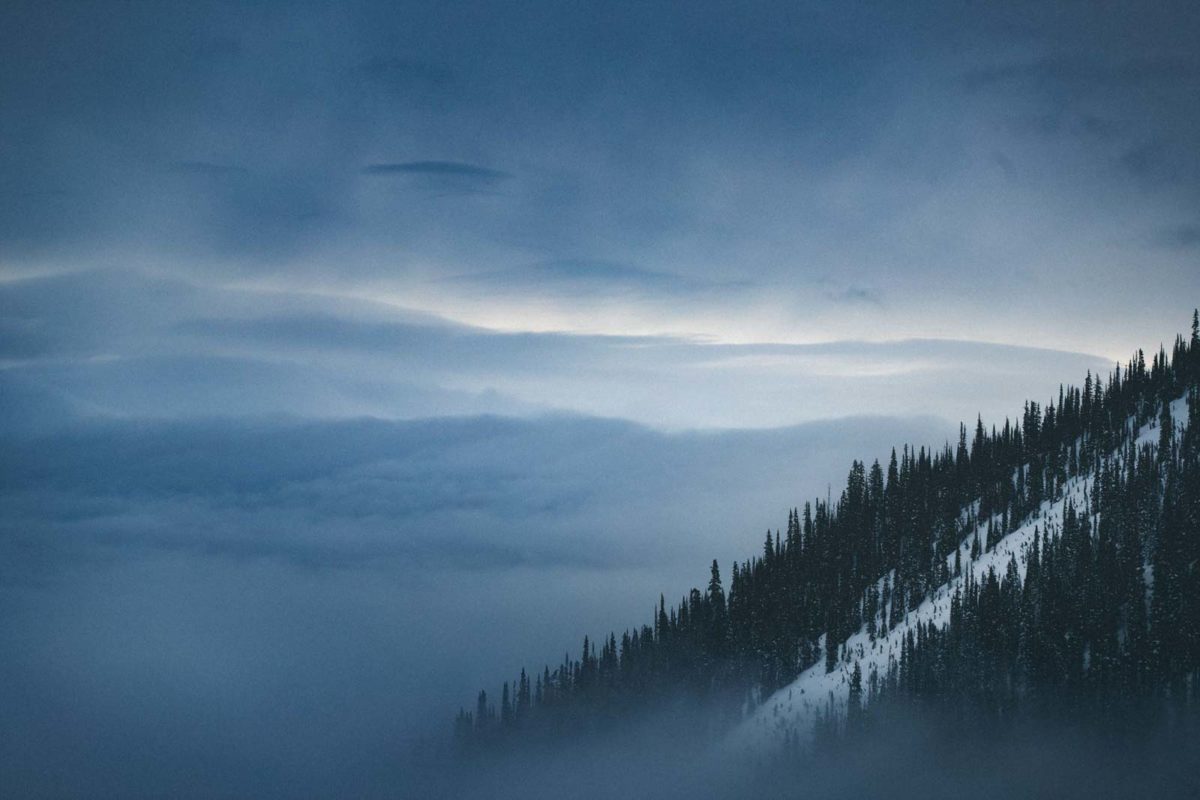 It’s a process. “You’re never just moving forward and progressing with injuries. You always take steps backward. If you can maintain a positive outlook and focus on the bigger picture, you’re psyched. But that’s easier said than done.”

Parker took up the ukelele. “I needed something to do. It’s opened my eyes to a fun artistic different aspect of life. Using different parts of your brain. To sing and finger-pick at the same time takes a lot of concentration.”

And she wrote Hoji a letter.

“Every injury has taught me a new lesson,” Parker wrote. “This one is surely all about gratitude.  I have learned more from you than I could imagine. Thank you for being my teacher. We will shred again soon. I’ll have to work hard again to keep up. You are like the carrot for me to chase into the mountains.” 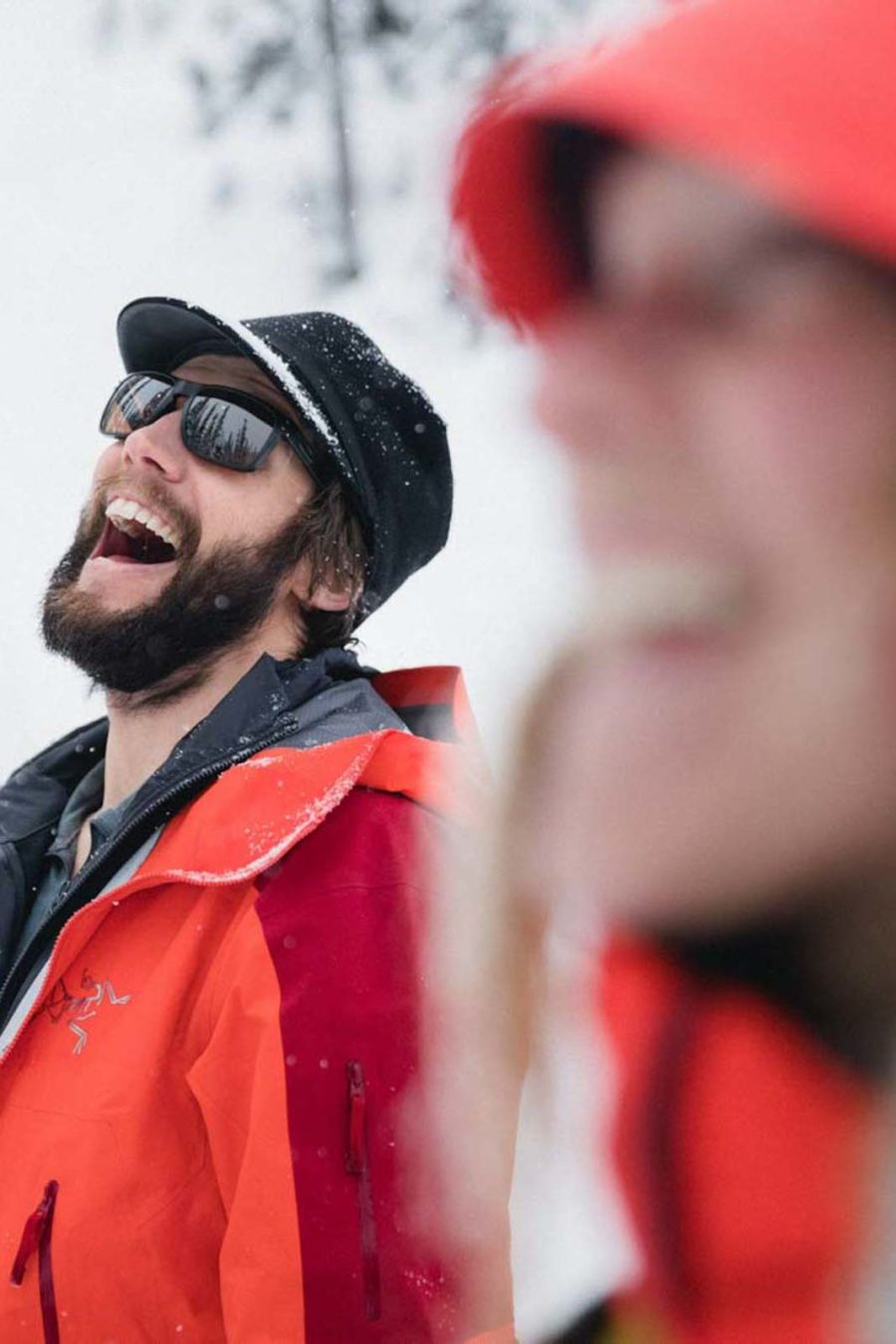 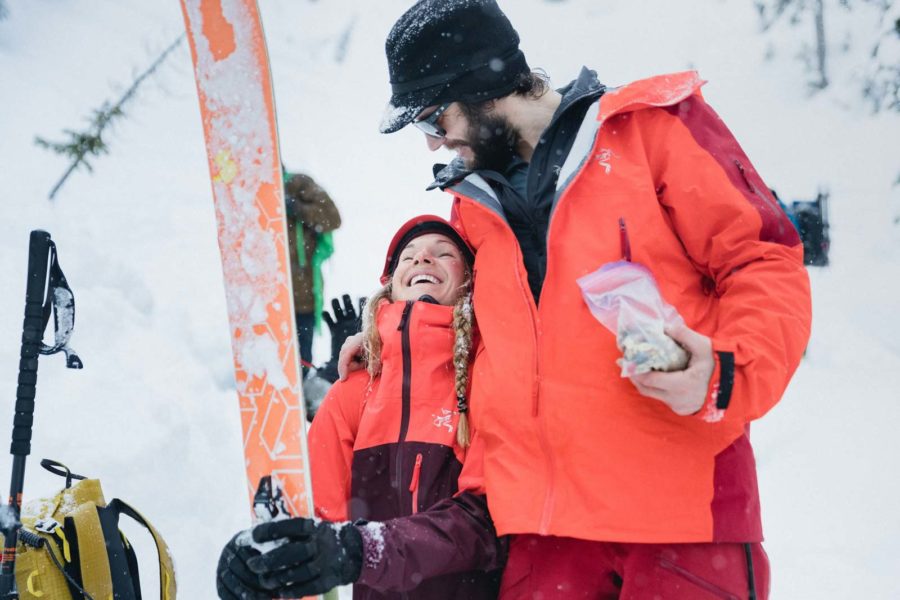 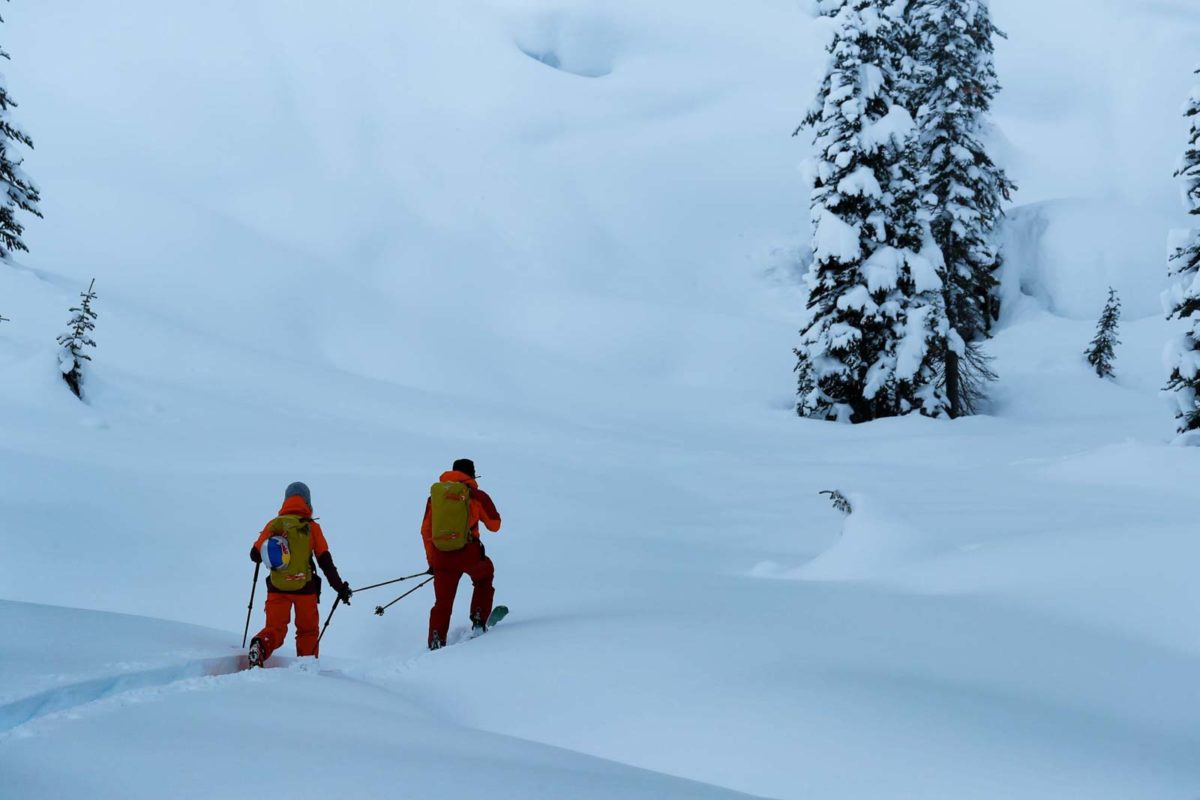 January 2018, Parker and Hjorleifson were back in the mountains together again, back at Sentry, shooting a segment for Matchstick Production’s newest film, HOJI.

It was the last day. Parker’s line was pretty straightforward. She was good to hike up and ski it, but Hoji held her back.

“He insisted on breaking the trail to get me to the top of my line, waited with me at the top until the camera crew was ready and talked me through it. I had this moment of being like, ‘wow, man, Hoji has been this guy for me for most of my career.’ My whole career, being a female in this industry, I’ve wanted to prove myself. And I’ve wanted to prove myself to Hoji.  To keep up with him.  He’s just such a giver. I don’t know if he even recognizes that in himself. It was a really sweet moment.” 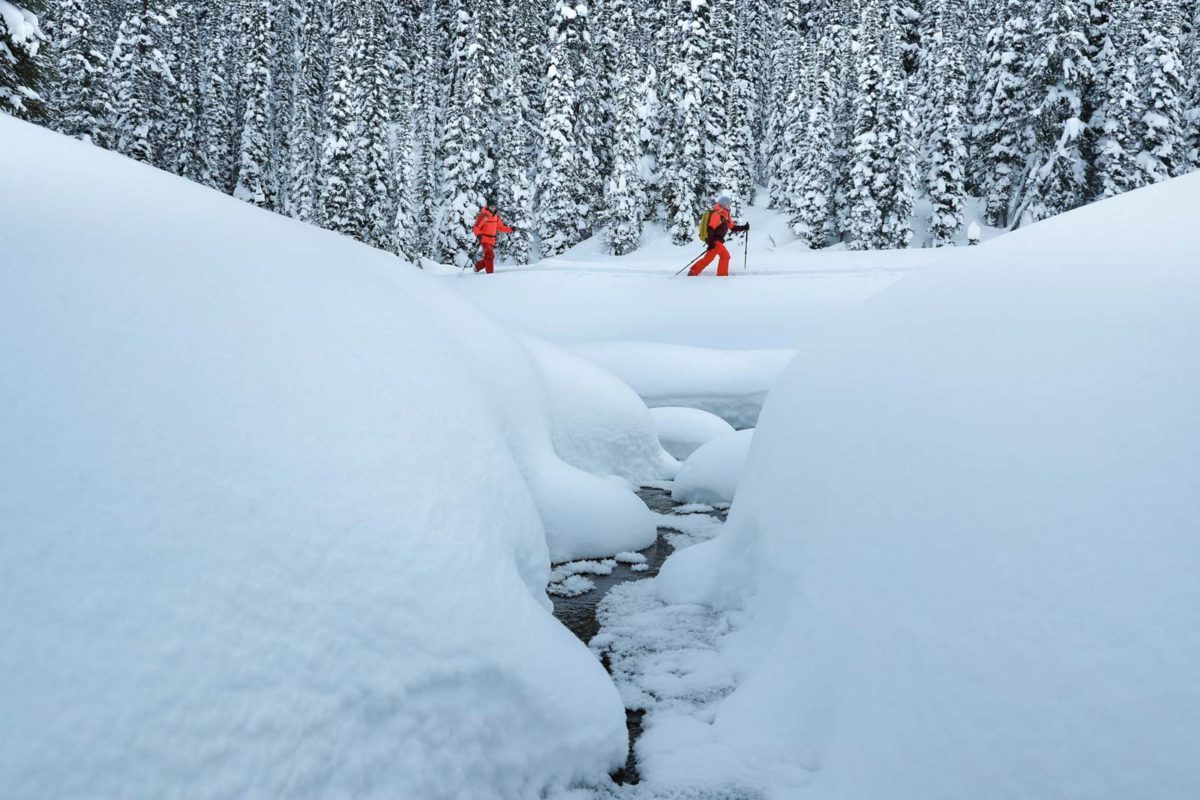