Chamonix – set at the foot of Mont Blanc, Europe’s highest peak – is the birthplace of alpinism and extreme skiing, and the place that skiers daydream about during the hot summer months. 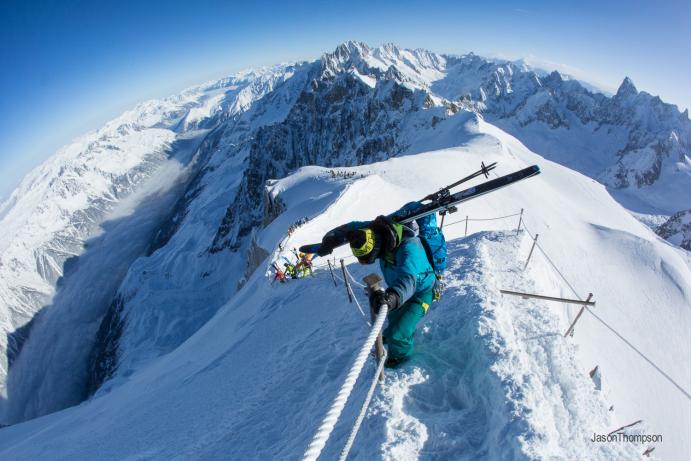 This once quiet French town, nestled at the base of the massif, has morphed into a bustling international mashup of Swedish free-riders, American ski bums, gypsies living in vans, rock rats, French hard-man-alpinists, and other miscellaneous forms of adrenaline junkies – much the same way Hollywood attracts movie stars – the bonafides and wannabes alike. 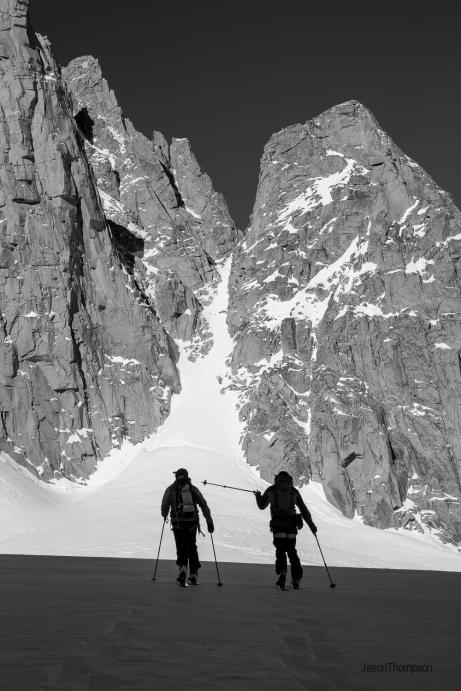 A typical day in Chamonix doesn’t really exist. Chamonix is so dynamic from its brightly clad free riders with fat skis shredding Grand Montat, to ski mountaineers, alpinists, and tourists with guides clogging up the Aig du Midi cable car, to the Londoners who have come to town just to party the night away without ever stepping up on the mountain. There is truly nothing in the world like it. It’s a place where your neck gets sore from staring up at the evening’s alpenglow while walking the clogged streets lined in French haute couture. 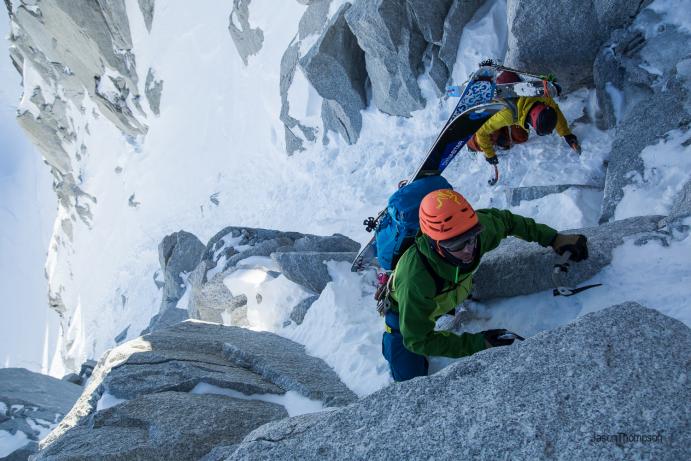 It’s also a place where you learn the art of patience, waiting and watching the mountains, only going where they allow you to go, and not letting your hubris or daydreams overshadow the reality of the snowpack and conditions. The skiing is the easy part. Dropping into those big faces and lines where the inherent risk is elevated beyond what you find anywhere else in the world is the ever-present challenge. Every day you are skiing over something or under something that is beyond your control and which could signal the end. It is a place that demands respect. 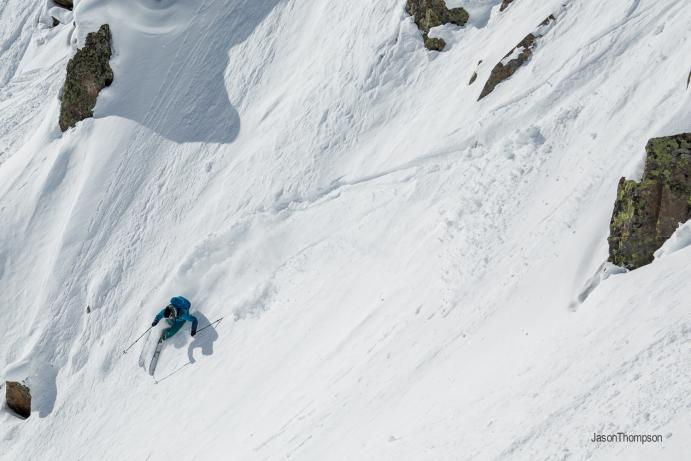 Arriving this season in Chamonix, it soon became apparent that the conditions were much worse than the past few years. The mountains hadn’t received much snow and were very dry. With the low, shallow snowpack sitting on what could be called a deep instability, locals were unanimous in their assessment: “low probability with high consequences”.

On some of the steeper faces, it was like playing a game of Russian roulette. It might be fine to ski the line, and you would get away with it, but if you happened to drop in on one of those hard to find, but very fragile snowfields, the mountain might bite back. Add that to the wave of avalanche fatalities in the valley, it made us all take a step back and rethink our plan for the few weeks we had in the mountains. 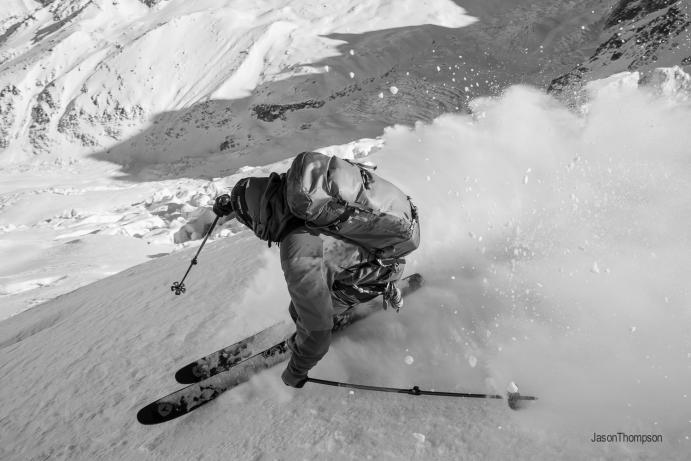 Over the next three weeks, we traveled lightly in the mountains, going after the fruit a little higher in the trees, rather then the easy to reach, low hanging stuff. We went out exploring regions of the massif that I haven’t been to in past years when the skiing was good right out the front door. We spent time alpine climbing and taking our gear out for walks high in the mountains. And we all learned the art of patience.