It’s interesting to sit down and write a blog about not sending a route. I think it’s a shame that often these are the articles that don’t get written, or at least not as much. Our media is saturated with sending and that’s great; there is a lot to be gleaned from someone’s experience of success and the work and learning that led to it. But I feel there is also a gap in what we see. Everyone fails in climbing, probably 95% of the time, but the content that emerges doesn’t reflect that.

I tell myself that climbing, and specifically working hard routes, is all about the process but, looking back, I realise I often send, which undoubtedly changes the way I am able to reflect on the process.  This has certainly been the case with of harder routes I have done recently and in the past: Nordic Plumber (8c), Bats and Dogs (8c), Punks in the Gym (8b+) among others. In situations where I haven’t sent I have usually either changed tact sooner (e.g. Pure Imagination last autumn – I realised I wasn’t up to it and switched to climbing more mileage) which changes the feeling (not committing fully) or it’s a long-term project (Rainshadow) and so expectation of sending isn’t necessarily there yet. 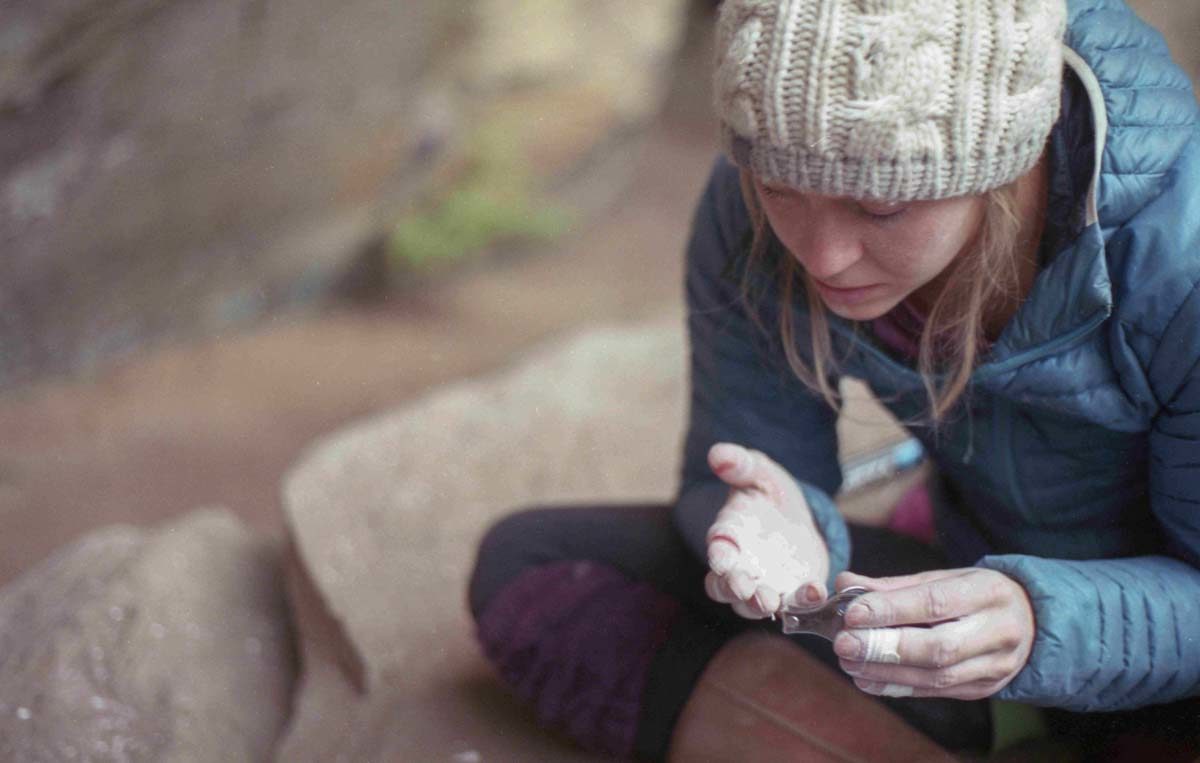 So this was an interesting test of the process based mind-set. I put my whole trip to the Red River Gorge into one route and I thought I could do it – but I didn’t. It really tested the whole “it’s about the process” mantra. I was 100% in and tried to the bitter end. I appreciate that on other routes in the past it’s been much easier to speak about the value of the process retrospectively when I have already clipped the chains. I even remember thinking (and maybe writing in my blog) that I might have learnt more by not climbing Nordic Plumber this summer. I wanted it too badly; I had something to prove to myself. I was finding it hard to have confidence without solid sending evidence. I got that evidence and I needed it at the time so maybe that’s not a bad thing, but worth noting that I couldn’t find it intrinsically.

So was it worth it? Spending a month on a route and not doing it? 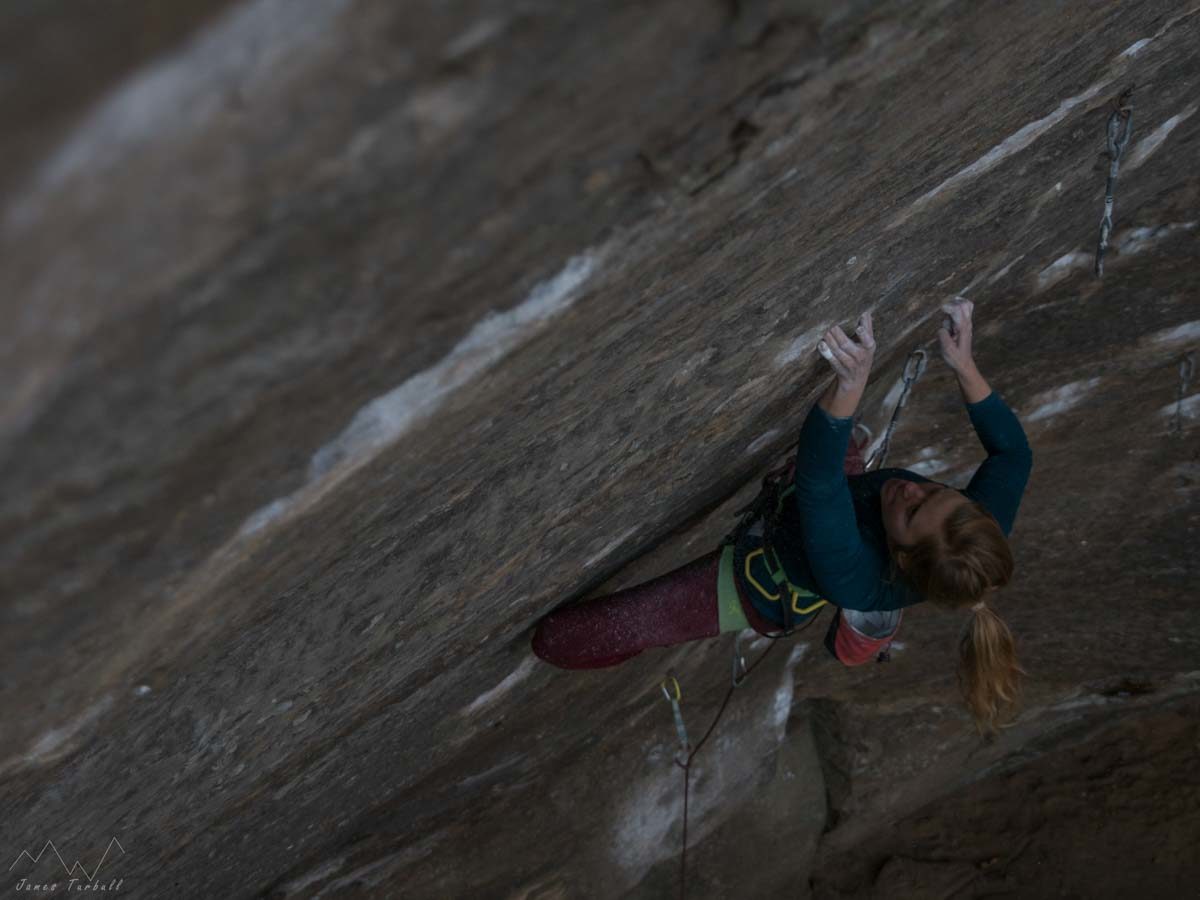 It was made easier by the fact that this was not my first trip to the Red; I have been before with a more ”mileage” based approach and so, although there is still tons for me to do (of course), I have done quite a lot of classics, which calmed the inner frantic in me that wants to climb everything and gets the fear of missing out.

I still struggled with resting as much as was needed, for both skin and power. The nature of a hard route, funnily enough, is hard moves – I couldn’t go to Lucifer with much fatigue, I had to turn up each time with my A game.

You’d think that trying one route for a month would be boring: it was anything but. The month flew by as the sessions mounted up. The Red has a reputation for being steep, pumpy climbing, with little cerebral effort required. On the whole I wouldn’t say this is untrue but there are undoubtedly routes, Lucifer included, that don’t fit this description.

Lucifer is a gently overhanging face, sprinkled with pockets, undercuts and crimps. It goes at 8c+, a level that so far has eluded me. It’s beautiful but also interesting to climb and work on; I lost count of how many different sequences I tried and how many times my beta changed. The movement is subtle and varied; small changes in body or grip position would unlock moves. The route breaks down as a V7 ish boulder to a quick shake on an undercut crimp, straight into a six move V9/10 boulder to a moderate “rest” hold. You get a shake here (better for the left than the right, certainly not a full on recovery rest) before tackling the power endurance finishing sequence that ends with a potentially heart-breaking (and we saw some hearts break) last move to a juggy ledge. This is the end of the “hard climbing”, rewarded with a very good rest. The only thing left is to smash up the last 5-6 draws of 5.13a (7c+) to the chains: easy enough to get dialled and hope not to drop it but hard and pumpy enough to be nerve wracking. 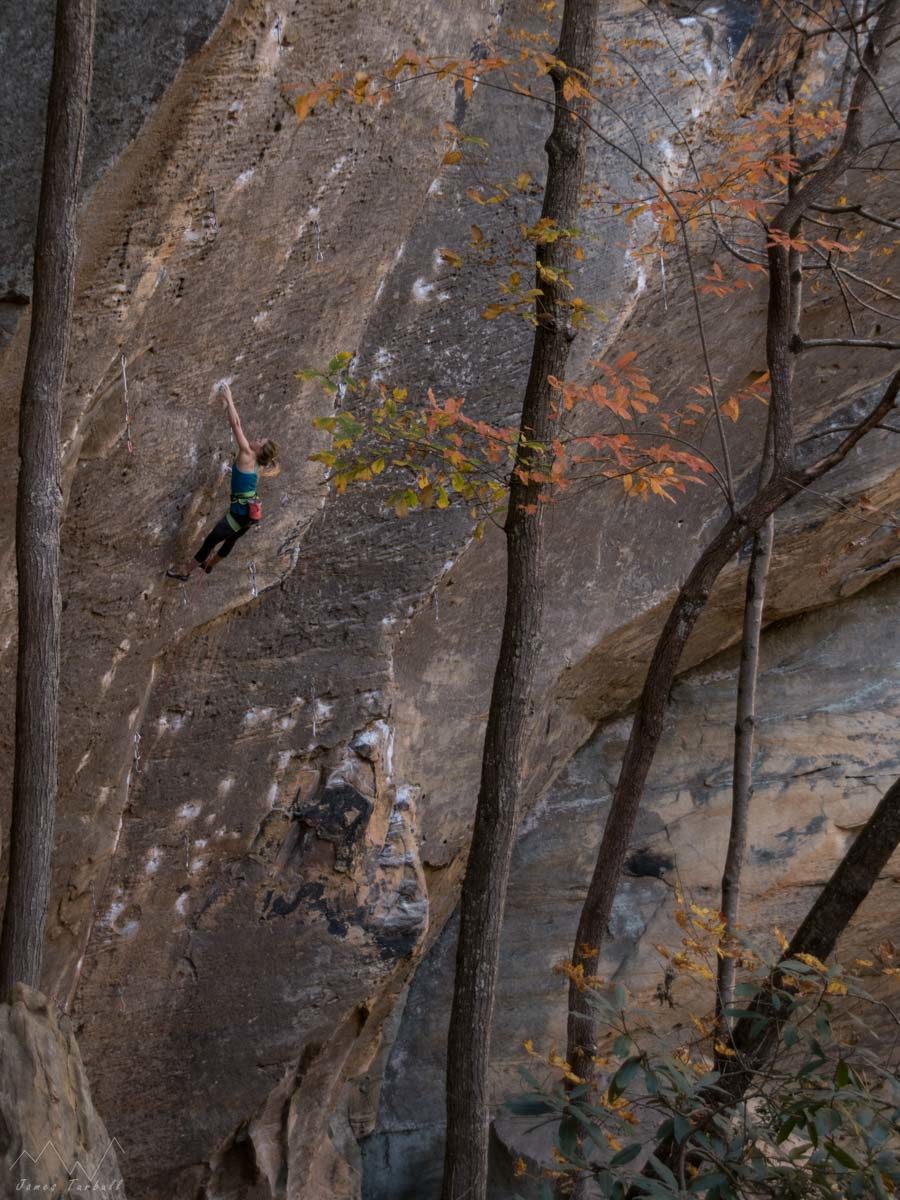 I spent the first sessions working the moves and trashing my skin to beyond what was ideal, some stupidity there along with some bad luck. I was quickly onto links and red pointing, trying to get to the moderate rest after the hardest boulder from the ground. I fell on the last move of this boulder (a big move off a shallow pocket) 13 times from the ground before I managed to latch it (the boulder on it’s own went with no issues). I was so psyched (and shocked) when I finally got through that I was shaky and a bit over stimulated, falling off the top power endurance section. I was mega psyched though; I had climbed from the rest hold to the chains so I knew if I could consistently break through that move then I could eventually get to the top. Sadly it turned out to be a one off breakthrough (for now). I felt so strong the session after but somehow failed to hold it again and then the weather gods did all they could to thwart my efforts – I tried the route one day in -4 celsius (26F)! Needless to say I numbed out, it was actually kind of hard to breath the air was so sharp! In the last week, with bad forecasts and time running out I could feel my psyche dwindling, my confidence on the route was weakening, and I had to begin to let it go.

I can’t complain of course, I got to go to an amazing climbing area and climb on an incredible route that challenged me in numerous ways, both mentally and physically. I love the nitty gritty of taking something apart and putting it back together, analysing, working and re-working something so that it becomes a flow of movement. I didn’t send but I still got all of that enjoyment and learning. After all, the send is only the last few minutes of the fun. I’ve had a great year and it’s important to keep perspective in terms of achievements and obstacles. Just over a year ago I had a fairly major accident that I had to work very hard to recover from mentally and physically. That process culminated in my best season yet on Rainshadow in spring 2018. Among other routes and trips I was then able to send Nordic Plumber and Raining Bats and Dogs, both 8c and both not long after a shoulder injury that left me unable to do a pull up.

2018 has been a good year of climbing related challenges and as a result it’s been a year with lots of learning. Lucifer (and not climbing it) was the perfect finish really, a reminder that not all effort will lead to success and that it’s still totally worth it. I need to be stronger and fitter still and I’m psyched now for a winter of training to make that happen.

While talking about Lucifer, a friend wisely said to me: “ you put in a proud and smart effort”.

It’s simple really; you can’t do more than that, just keep turning up and trying hard. Be clever with training and preparation and get yourself to the starting line. Lucifer showed me that I am capable of climbing at that level of difficulty, which is really cool and I gained confidence through the process – without getting the send as evidence. 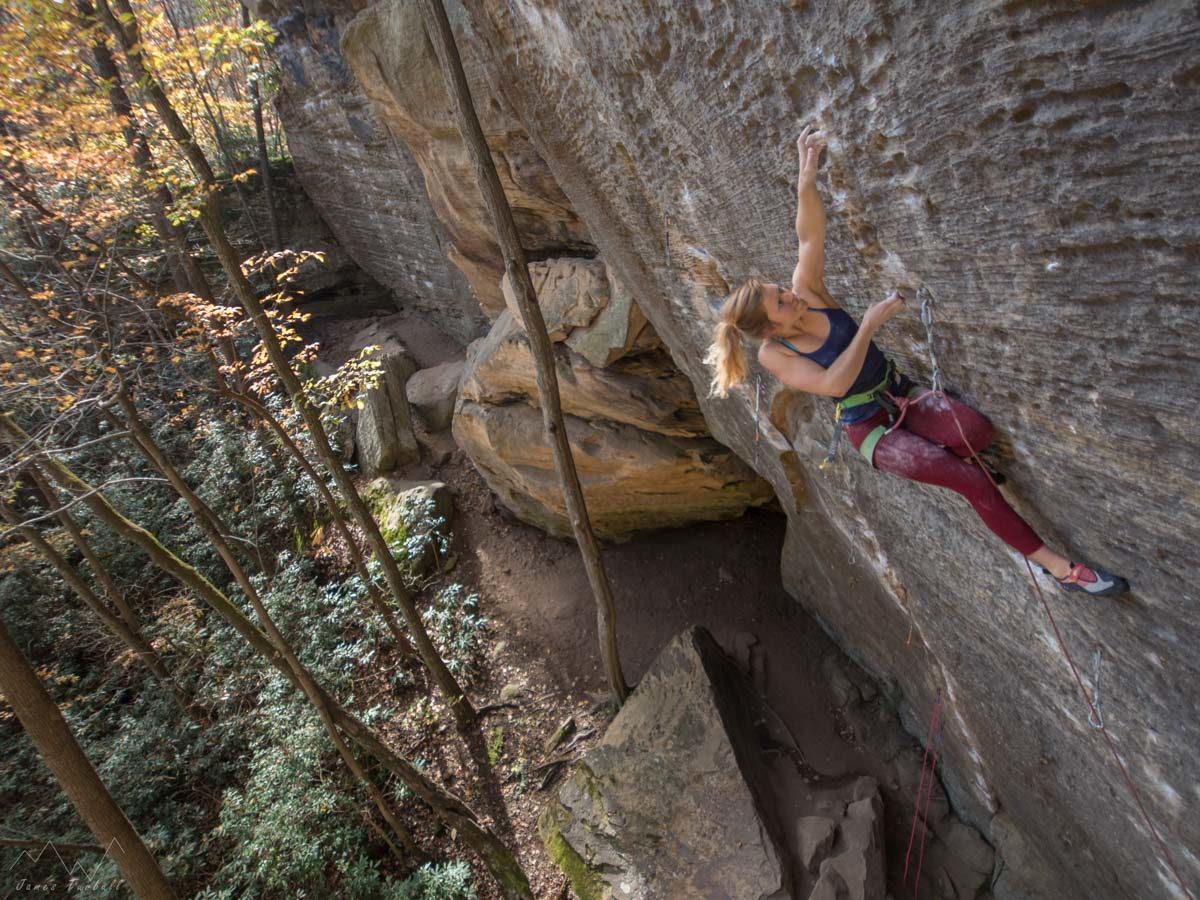