I never realized how much I loved running in the rain until I couldn’t. A few years ago, I had some chest pain that took a while to diagnose. While in limbo, I limited my movement as much as possible – running was certainly off limits. I missed it so much every day, but I found it hardest on the wet weather days when everyone else complained. I never really worked out why.

Maybe it’s because some of my best mountain experiences have started in somewhat inclement conditions. I think of the times I’ve stood at the bottom of Cairngorm, barely able to see my own feet in the fog and my motivation to run close to zero. But after a miserably soggy 800m ascent, I emerged above the cloud layer with only the highest peaks in Britain joining me in the clearer air. Nothing beats the light after a rain shower. After all, you never see a rainbow on a clear day. 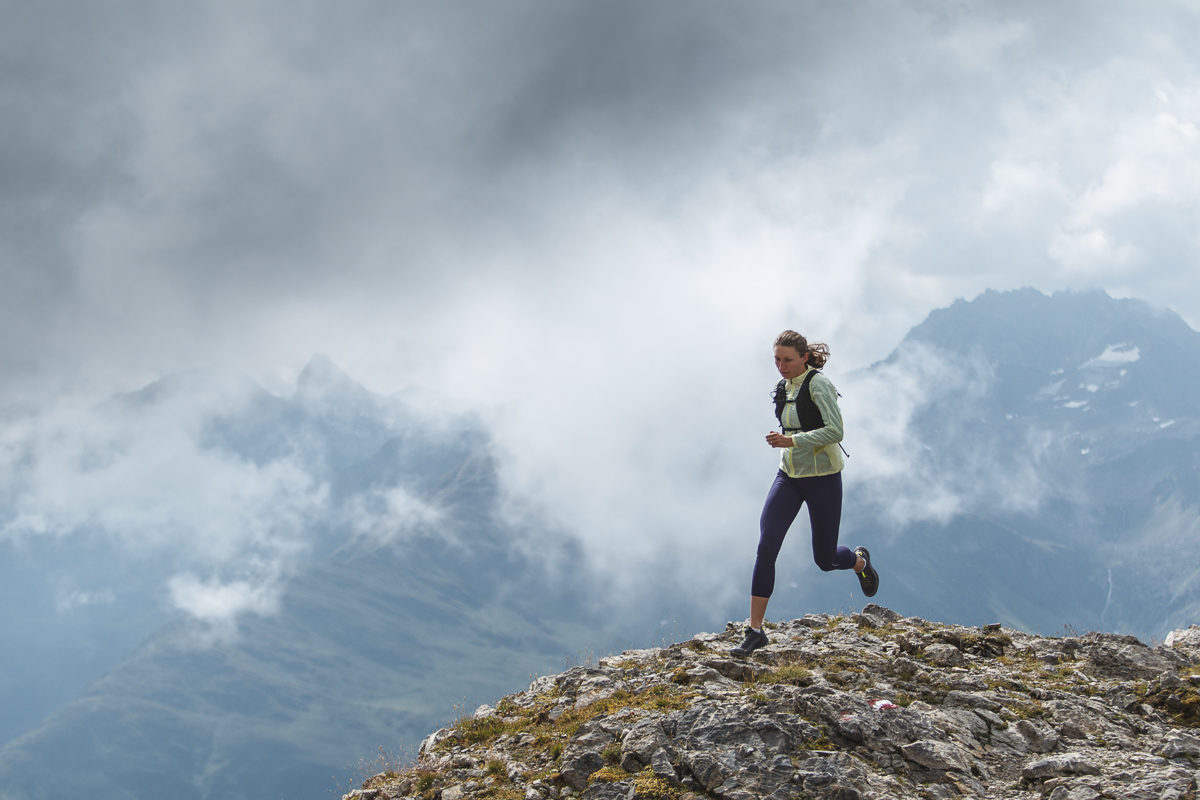 But, I still enjoy the days when the conditions don’t improve. I love the days when it is a fight to run straight in a strong crosswind, when the clouds whip through only giving you glimpses of the terrain you are on. One of the most exhilarating runs this summer was having a front of rain chase me down Glen Banchor, eating up the ground behind me before eventually swallowing me up. 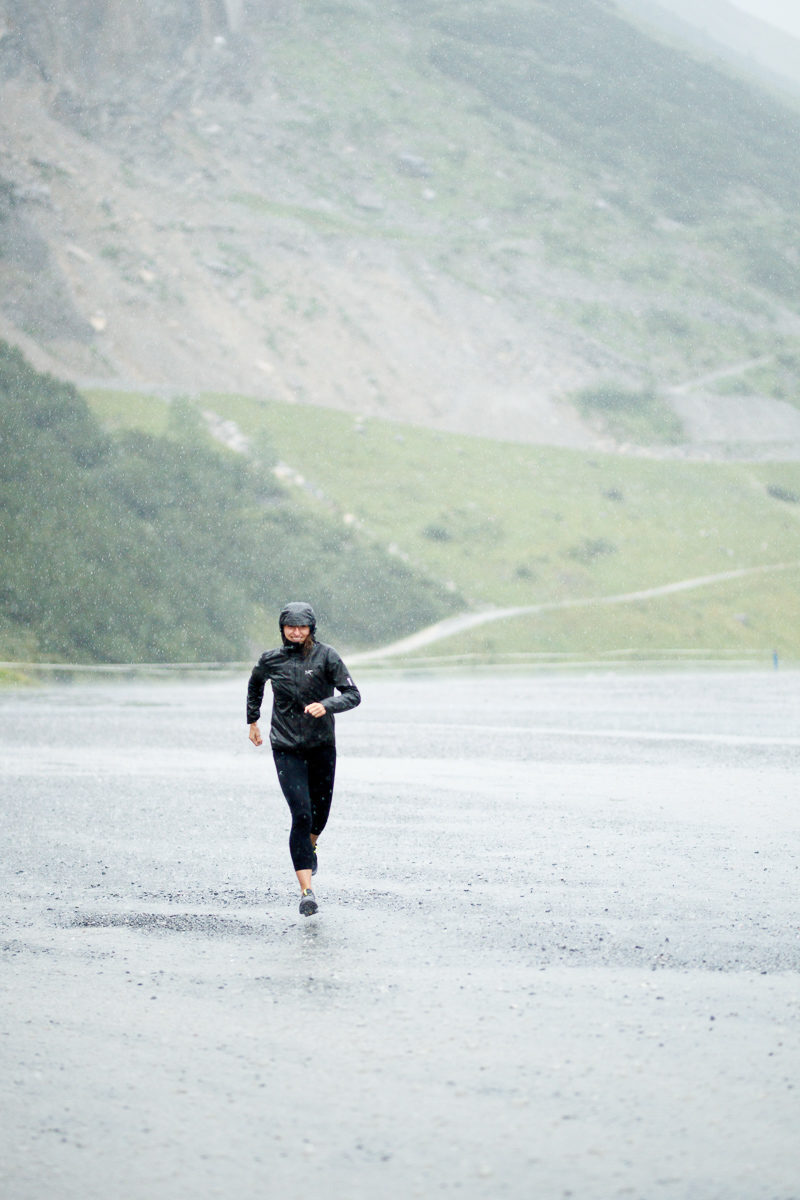 I think part of the excitement is knowing the weather is bigger and more powerful than I am; it requires respect, much like the mountains themselves. I think one of the reasons I am so magnetically drawn to the hills is the feeling of being so insignificant in the landscape – it is the best antidote to stress. The weather just adds another dimension to that. 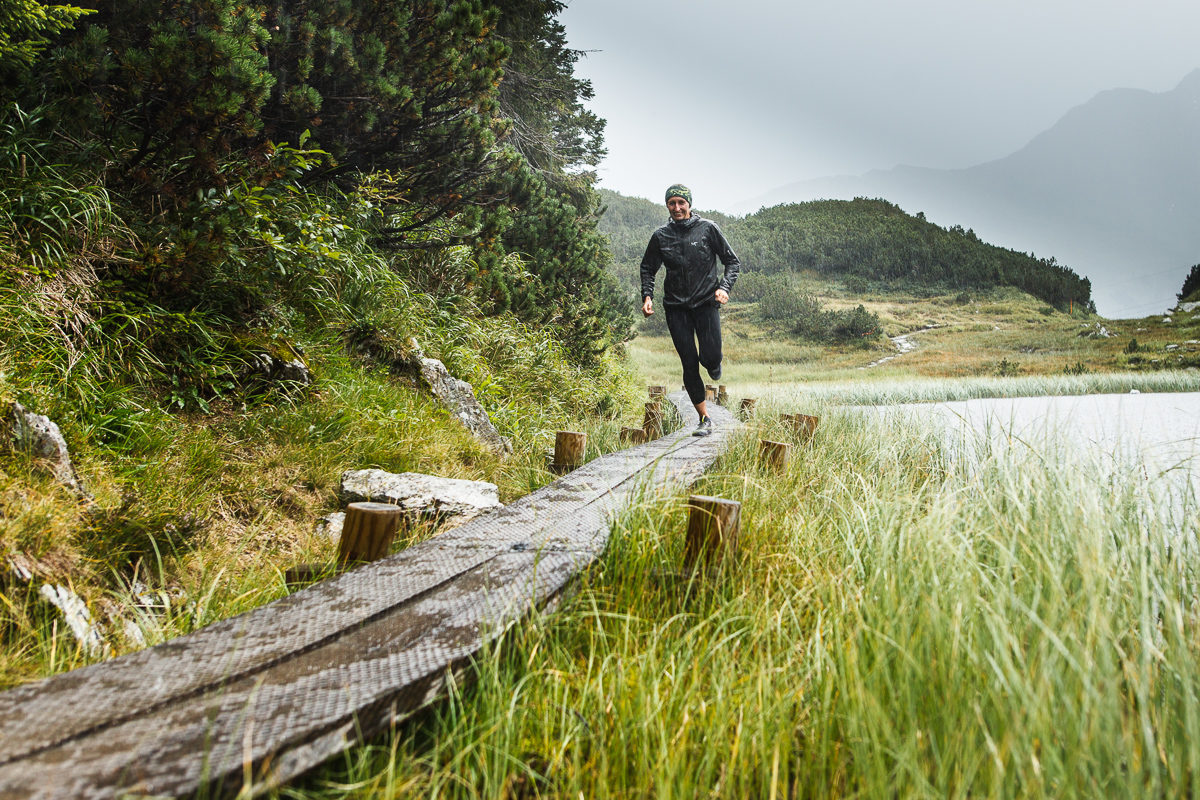 It is possible that I don’t always enjoy it at the time. I’ve run through horizontal hail storms when it feels like someone is throwing needles at your face. I’ve run through semi-frozen marshes, never quite sure if my foot was going to break through with each step, with all feeling below the ankle lost. Were they fun? Or was it just the stories afterwards? Maybe it was just the incredible thawing out process, huddled in a café with a big mug of tea? 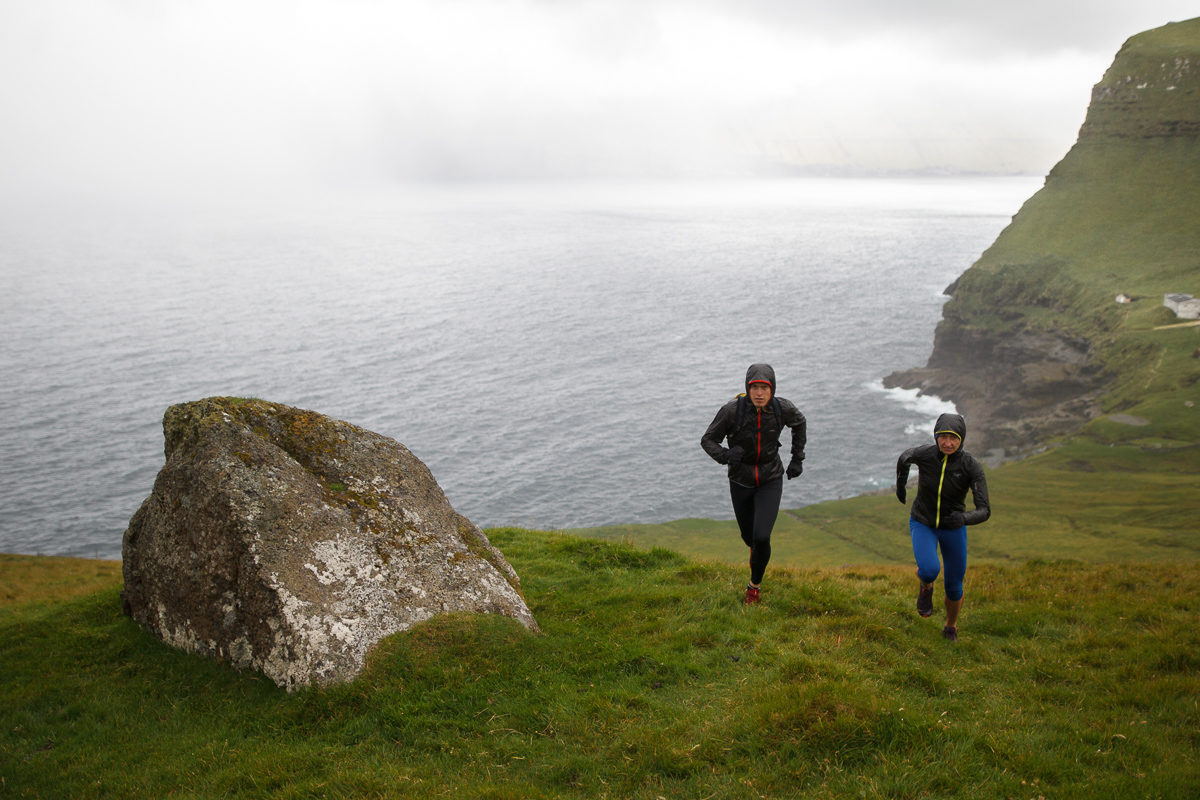 The reality is that most winter days are damp, cold and a dark drizzle. It’s not dramatic. There is no surge of adrenaline; no tales of adventure to recount. I can’t in all honesty say those days are better than a cloudless summer day – but I think I need them. For me, winter has always been about building up a base of fitness, tough miles in the dark pounding the streets. It’s not the glamorous, social media–worthy moments. It’s the hard behind-the-scenes work that you can then cash in on come the spring. The weather has always matched those moods perfectly. In the same way that the satisfaction of a new PB comes from not just from the race itself but all the hard work behind it, so too is the enjoyment of a glorious summer day in the hills made better by all the times there has been no view. 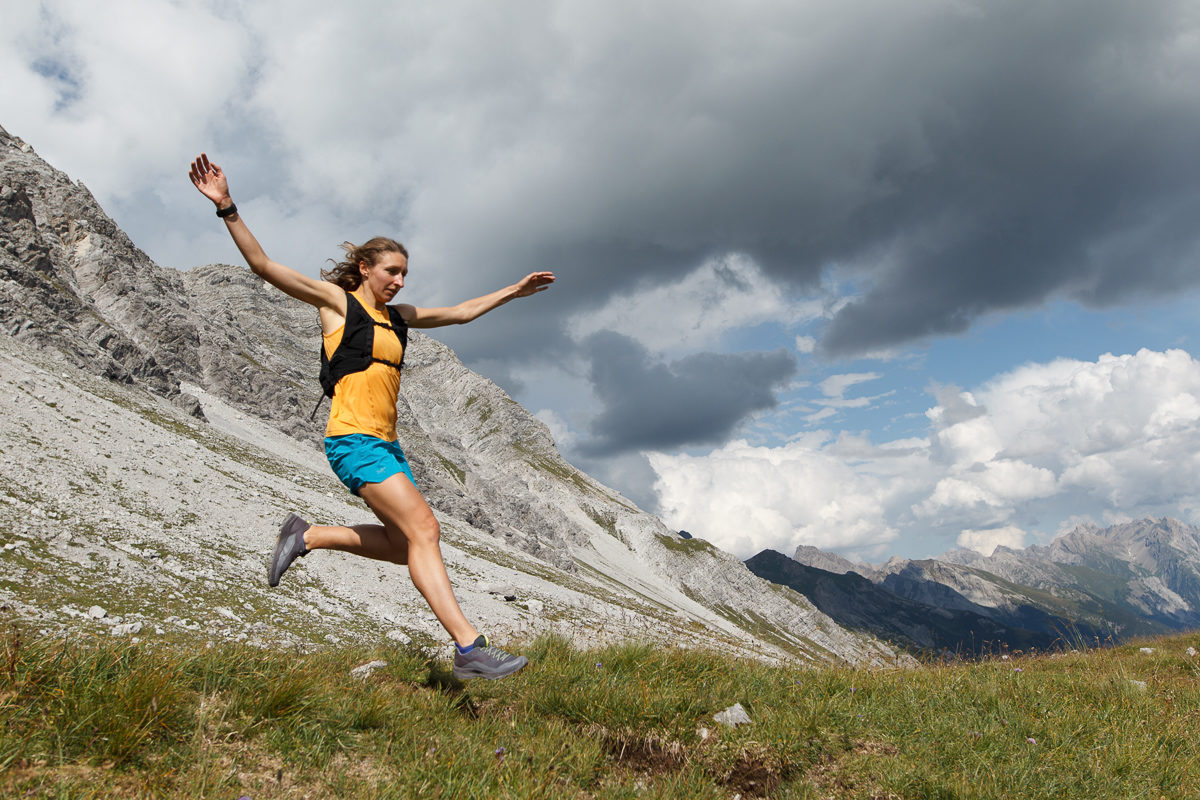 After all that though, if given the choice, I think I would still take sunshine over rain. I’ve just learnt not to complain when the forecast isn’t in my favour. A bad weather day is rarely an excuse to prevent the trainers from getting an outing. I think there will always be some genuine fun to be had – at least you have to believe that if you are to be a mountain runner in Scotland.