Have you heard the one about the guy who was fated to an eternity of rolling the same boulder up the same hill? His name was Sisyphus, and no, he didn’t listen to heavy metal music, but he probably would have, had it been invented. What Sisyphus teaches us is that restrictions allow freedom, something our copywriter, Josh Barringer, knows well. “The first thing you need to know about me is that I am a huge coffee snob.” Barringer lives in Vancouver, but his coffee source is exclusively in Seattle. That means trips stateside, or shipping fees and duty costs. But when you make coffee using a timer for each step of the Aeropress process, you are a person obsessed with detail. So how does a scientist from Louisiana find himself in North Vancouver, unemployed and living in his car, with two expensive habits: coffee and running ultramarathons?

“Cold dark days with no views are my favourite. I can focus on the immediate, my surroundings that have no apparent beauty, and study them until I find it.” In his life prior to becoming our copywriter, Barringer had a heavy metal band and he worked in science labs, in the field of chemical and biomolecular engineering. He has a masters degree, and a genuine interest in advancing the science of synthetic DNA to better improve health care and cancer treatment, if not a cure. “It sounds more impressive than it actually is,” he confides, ever humble. 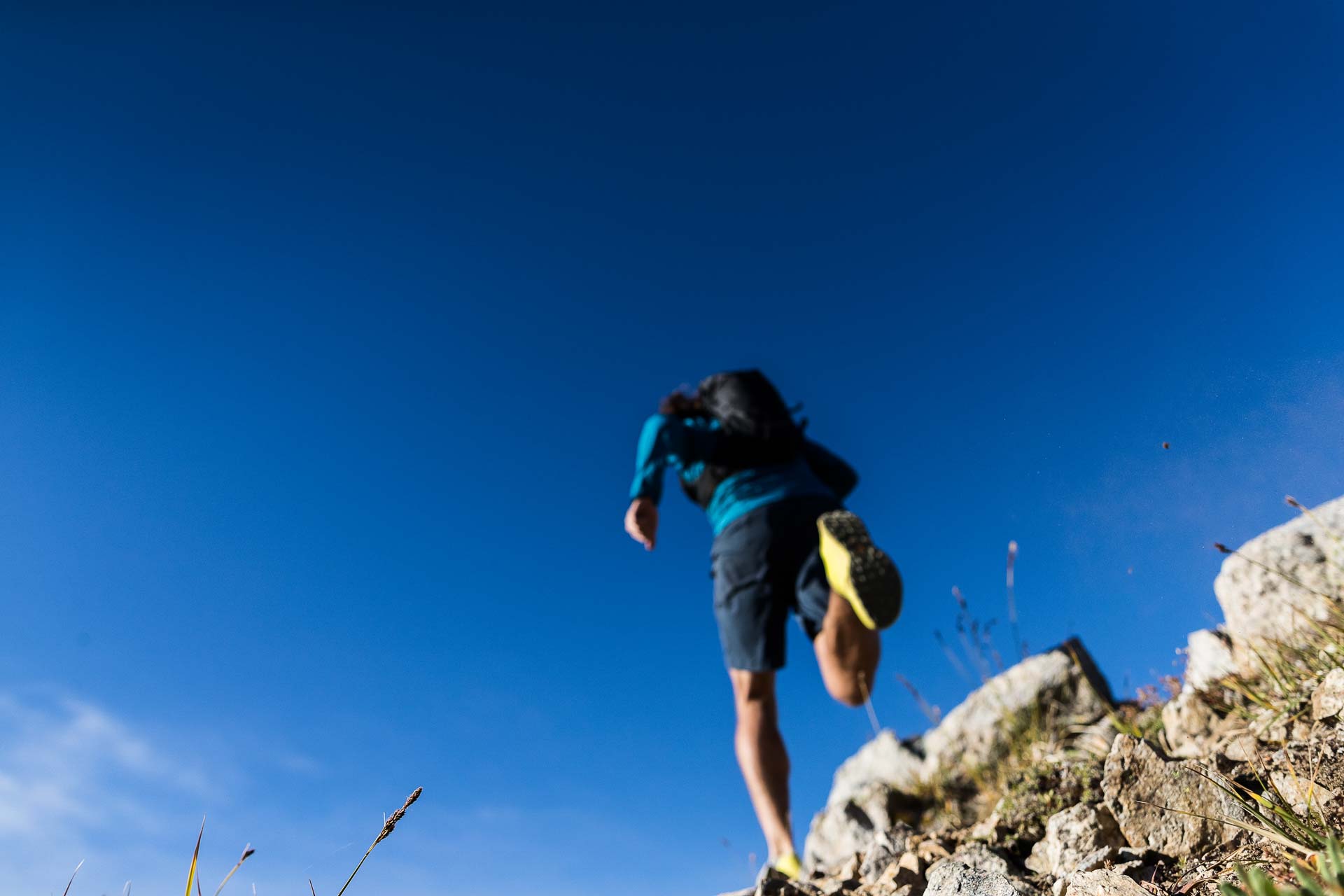 Reality check: 2009, Barringer finds himself amongst the 5,000-6,000 other lab scientists who are out of work in the US. The long road, which is the one he loves to follow, finds him picking up his interest in running that he developed as a grad student in the Appalachians, and channeling his uncertainty into the certainty of movement. “I entered my first 50-mile race the day after I was laid off.” Straight from the fires of career hell into the maw of physical achievements.

“I had lost my dream job, I was in Canada and I was faced with a bunch of not positive prospects and no sense of hope for my science career. You could say it was a crossroads.” But he did have a car, and as his savings diminished, he found himself living out of it, traveling and training, from race to race. Moderate success in local races and the simplicity of running trails was his new reality; immigration and employment were at least temporarily, secondary concerns. “I wanted to see how far I could push it.” 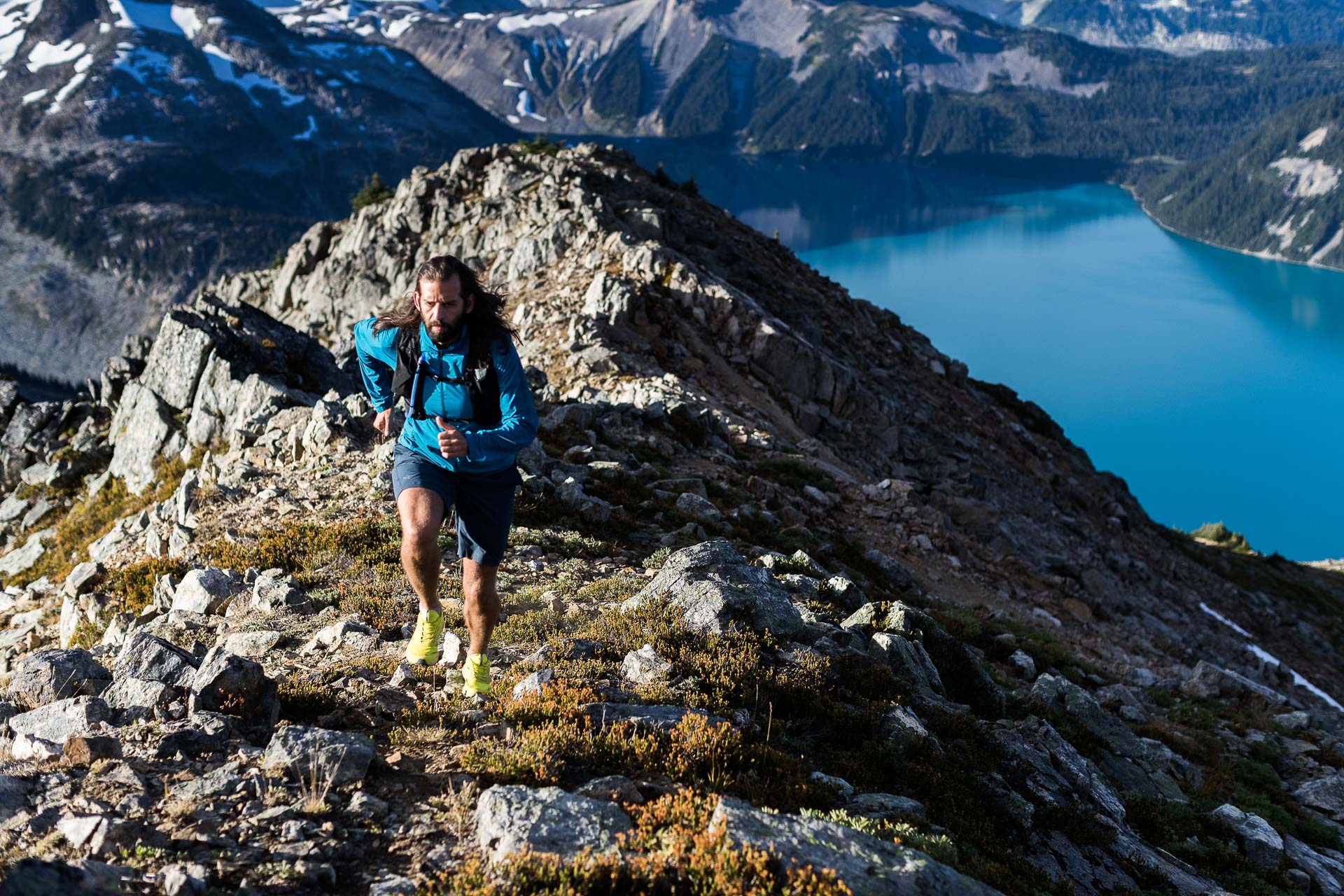 “Self-sufficiency is the key. Having what you need, not more and not less, so you’re not weighed down, but your mind is at ease.” Bonking is the proverbial nightmare. It’s the stunning invisible wall. Not even the greatest athletes can escape, and with solid confidence and comprehensive training, Barringer headed to Hawaii to perform in a 100-mile race. To bring it home, all the angst and loss of a career sideswipe.

“I had prepared for this. I had the blessing of (relative) inexperience.” He hesitates, reliving the scene. “But I had new shoes and….”. In a word, he unravelled. The race destroyed him. Physically, emotionally and mentally. For months afterward, the disappointment of his performance prevented him from experiencing joy in movement. “Yeah, it was an existential crisis.”

Recognizing what it was, he dug in. Here is where the metal band plays into the equation. “If you play one note multiple times, eventually it creates resonance and when that comes together, you have movement in the music.” Restrictions allow freedom. What he had learned he applied to the shocking and unexpected trip that is running an ultramarathon. Repetition. Resolve. Recognizing what stage of the experiment is currently at hand. “You experience the highs and manage the lows.” Distances this long are cyclical experiences. Sisyphus and Barringer became friends. 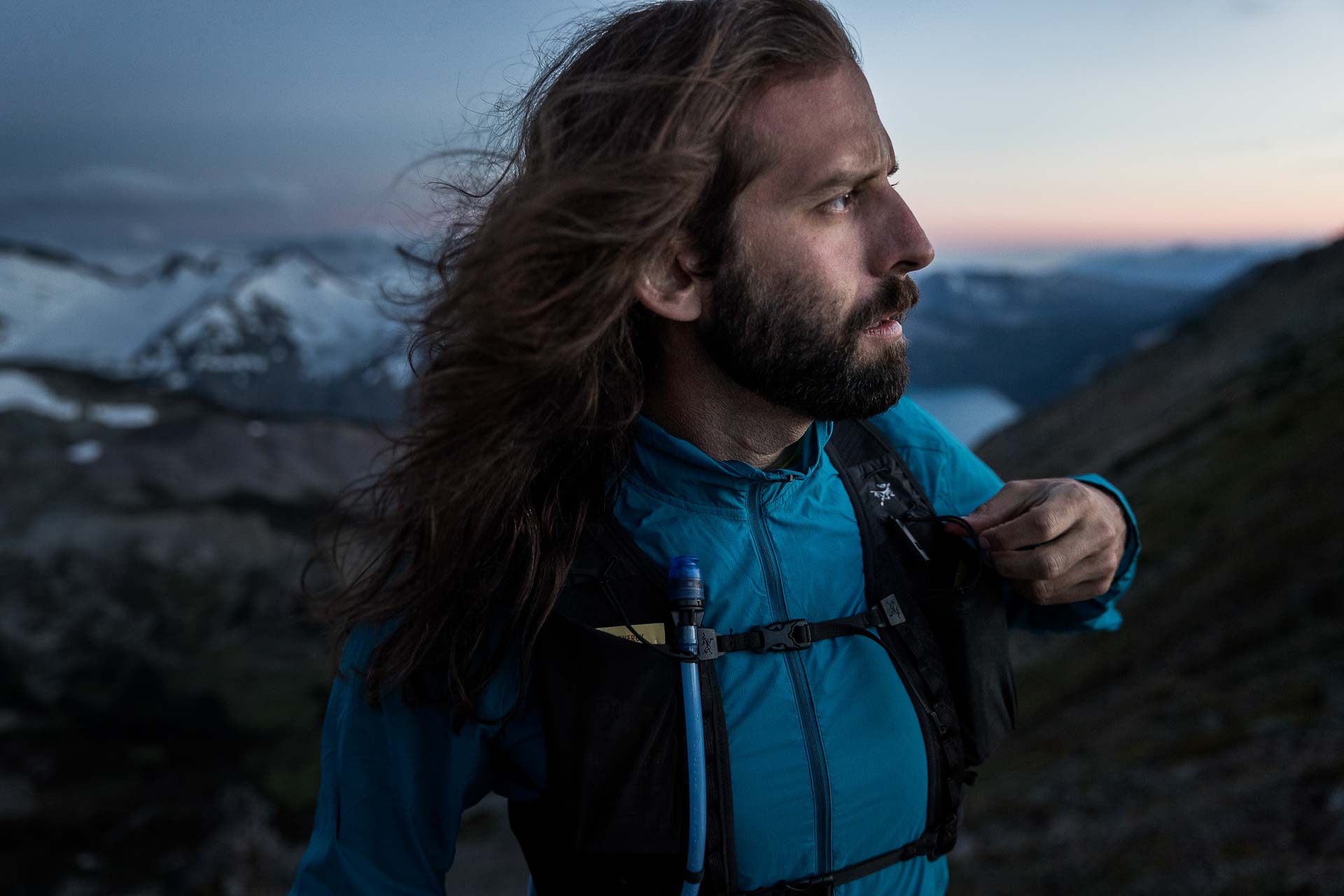 How did his life turn around? He quit racing and embraced running. “As soon as you find the happiness, things start to flow.” Technical writing gigs came through, he found an apartment, he applied for a role at Arc’teryx. He ran in the cold, wet, steep local mountains, over and over again. Every time, he noticed something new. “Monotone scenes are my favourite. I appreciate the greys, and the lack of a view. I don’t need to be confronted.”

The uglier it is, the farther he will run. “The Norvan shoe? Well, the grip gives stability over all types of terrain and when you don’t have to worry about your feet, you can focus on the rest of the adventure.”

On being self-sufficient, he has this to say: “It’s simply the vest,” he says, with a straight face.