It can be difficult to describe Chamonix. Nestled deep in the valley below the Alps’ highest peak, Chamonix-Mont-Blanc is a classic mountain town in the Haute Savoie region of France that dates back almost a millennium. It’s got a mix of old-world France, hard core mountain culture and a joie-de-vivre that simply isn’t found anywhere else. To skiers and alpinists, it’s one of the few places in the world where access to terrain presents something beautiful, challenging and sometimes dangerous.

Long considered the birth place of ski mountaineering and steep skiing, Chamonix has held sway over mountain enthusiasts for a hundred years. Nowhere else in the world can you go from sipping an espresso and eating a pain au chocolatin a café to some of the burliest and most dangerous terrain in the world by simply hopping on a tram for thirty minutes. It’s a surreal feeling for those that haven’t experienced it. 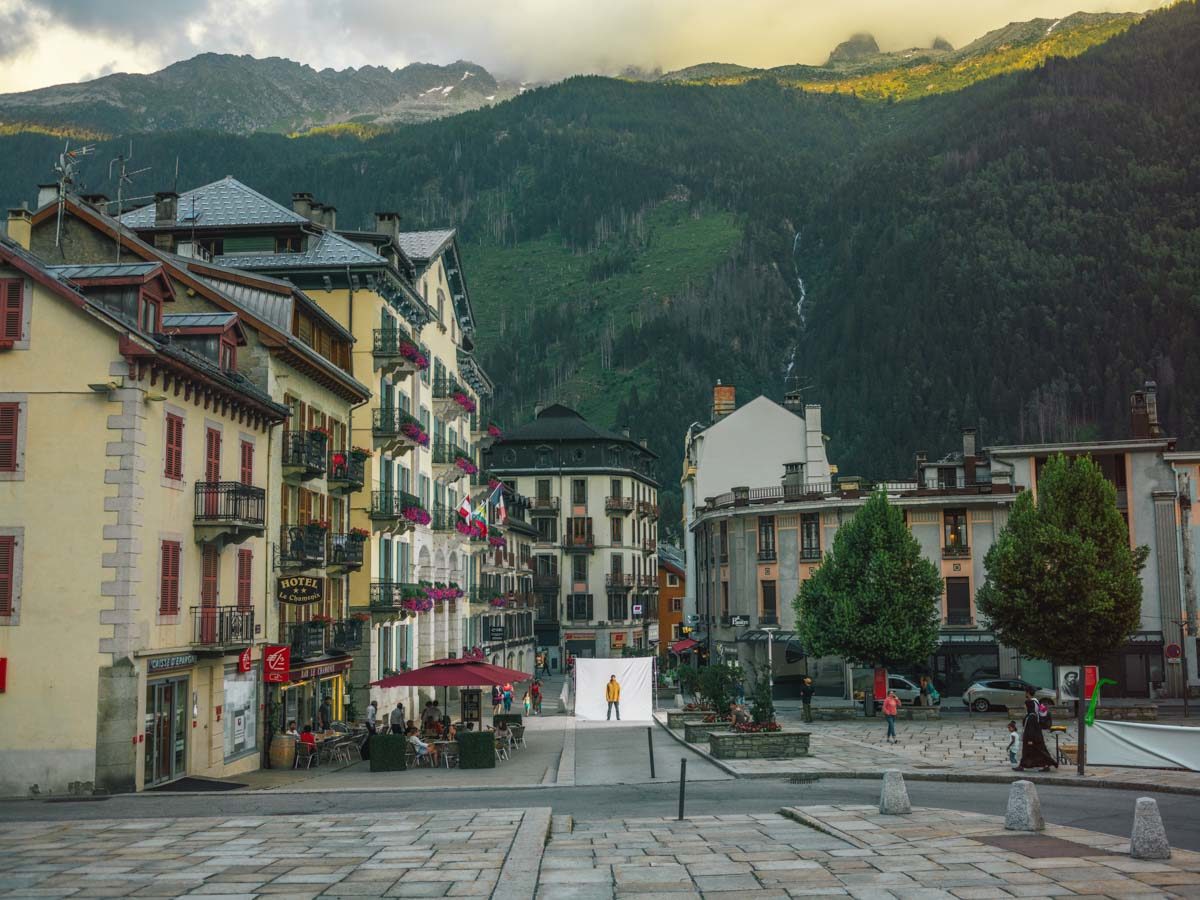 That tram ride is up the famous Aiguille du Midi, one of the most spectacular lifts in the world. While the views from the top are mind blowing, it’s the access to terrain right off the summit that has brought athletes, guides, climbers, skiers and wingsuit flyers from all over the world to live and work and play here. All of them come to search, to feel and to live under the shadow of Mont-Blanc.

Stian Hagen is one of those searchers and has been in Chamonix for more than 20 years. A big mountain skier and ski mountaineer hailing from Oslo, Chamonix offers everything he could want in a mountain town. “Chamonix is special. But more than the mountains, which are ever present in the town and can be seen from everywhere, it’s the people here that make it special. All of them have come here because of their love of the mountains. You could encounter a bus driver or the local grocery store clerk and it’s possible that any one of them hold some of the rowdiest first descents or ascents in the world. Everyone here is touched by the mountains.” 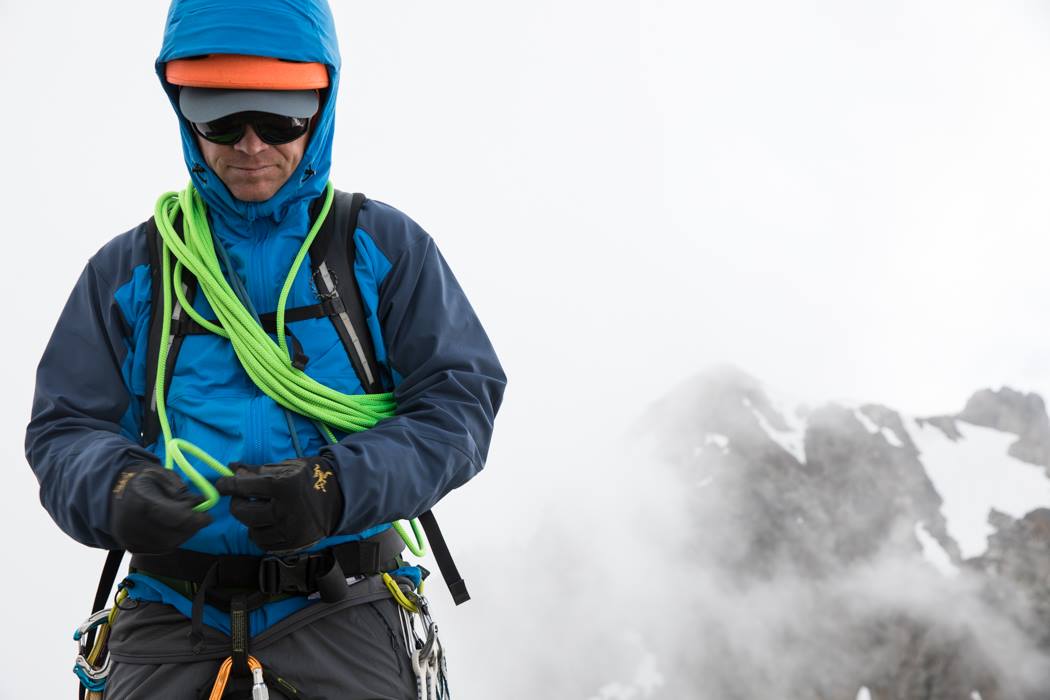 The culture in Chamonix was long something difficult to experience if you weren’t a local. But things are changing. Something cool has been happening in the last 10 years that’s bringing people from different walks of the mountain life together. “When I first came here, some twenty years ago, there was a real divide between locals and visitors, even when those visitors were hard core mountain folk.” Isabelle Santoire hails from Quebec and has spent the last twenty years in Chamonix and works as a mountain guide. “I even spoke the language, but at first, it was hard to break into the culture here.”

The access to terrain in Chamonix has helped athletes push the boundaries of what’s possible in their sports, with those sports sometimes melding together. It’s not just skiing or climbing or mountaineering here. Much of the terrain requires you to be savvy with all three disciplines. Throw in avalanche and crevasse hazards and you see the reason ‘Cham’ is on the bucket list of every ski mountaineer in the world. Every gondola or tram you walk out of drops into terrain that simply isn’t found anywhere else. 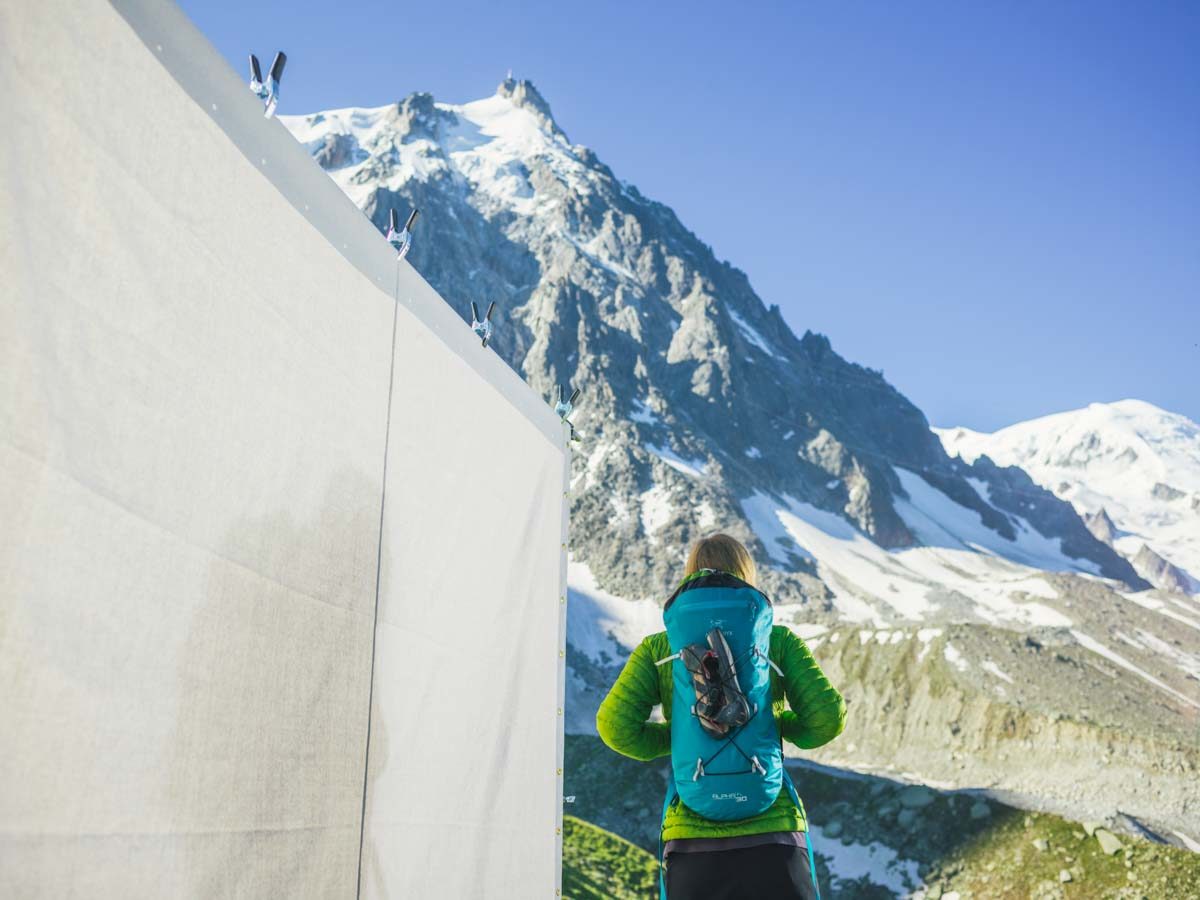 Chamonix has always been a test of sorts. It’s a place where the limits of what’s possible have been poked, prodded and eventually pushed over completely. In multiple disciplines, people have gone beyond what was thought possible. But with that pushing, the mountains around Chamonix have often taken away as much as they have given.

Like other mountain towns, Chamonix has seen a massive uptick in traffic going beyond the piste. And while some of that terrain is self-policing, locals and visitors found that education about the dangers of the mountains was lacking. More and more people were heading into the mountains, often without the proper knowledge or ability to manage risk. 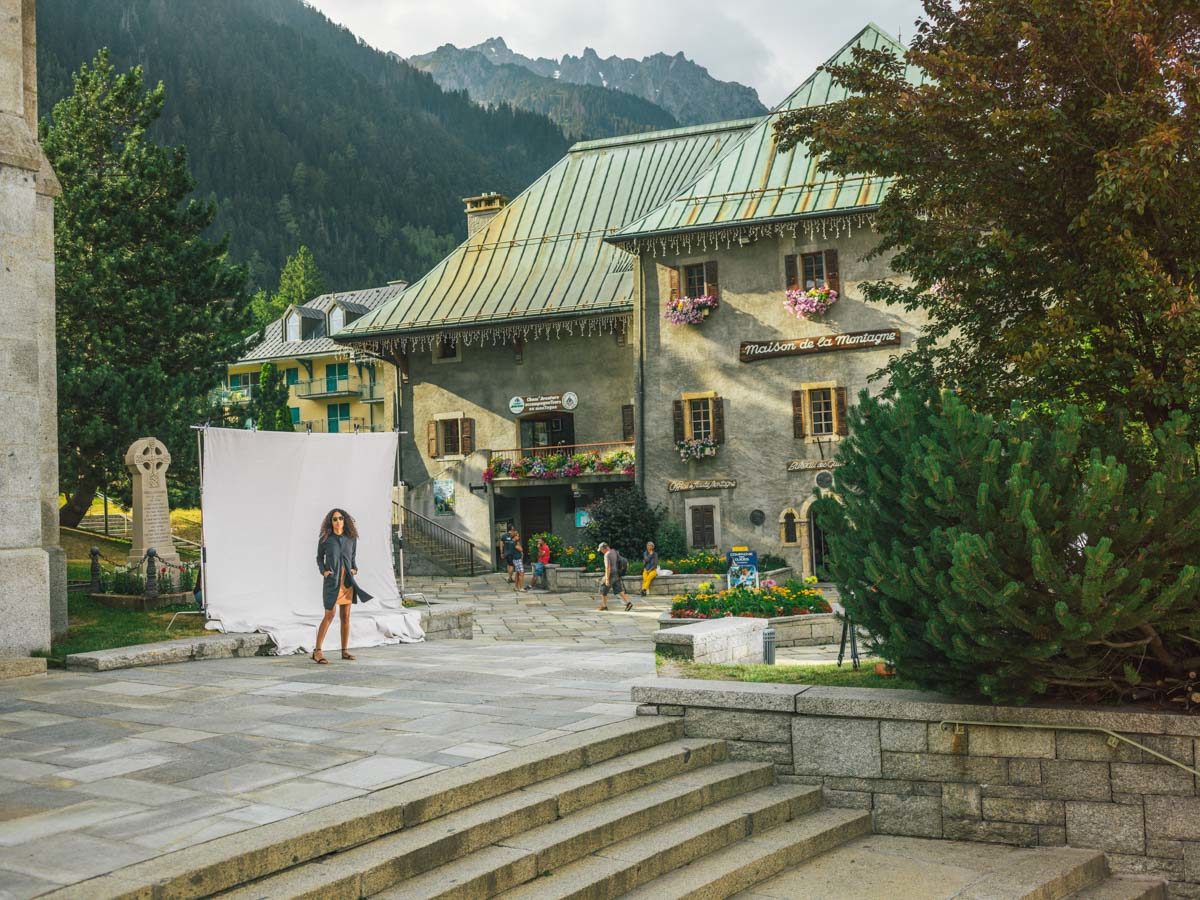 The ever-present risk of having such easy access to this type of terrain would make any North American ski resort throw a permanent closure fence around all of it. But that risk helped bring about something wonderful here in theVallée Blanche. Education and the sharing of knowledge is becoming more prevalent and it’s changing the culture here for the better. “The drive to educate came from people, but companies have also stepped up and helped to bring education to everyone who wants to play in the mountains.” Isabelle is no stranger to that education piece. Her job as a mountain guide is to teach folks to stay safe in the mountains. “Outdoor companies started putting on clinics and workshops and brought locals and visitors together and from that, I really started to see a fantastic change in the culture and vibe here.”

That change has come in the form of community. The community in Chamonix is becoming, much like the terrain that towers over the town, more accessible to everyone. People often think there is only expert terrain here, but there isn’t. Isabelle was quick to point out, “…there is terrain here for varying levels and abilities, but education of the potential hazards of that terrain is key.” The idea of a shared experience and shared passion has helped bring hard core locals together with visiting mountain enthusiasts, athletes and professionals. 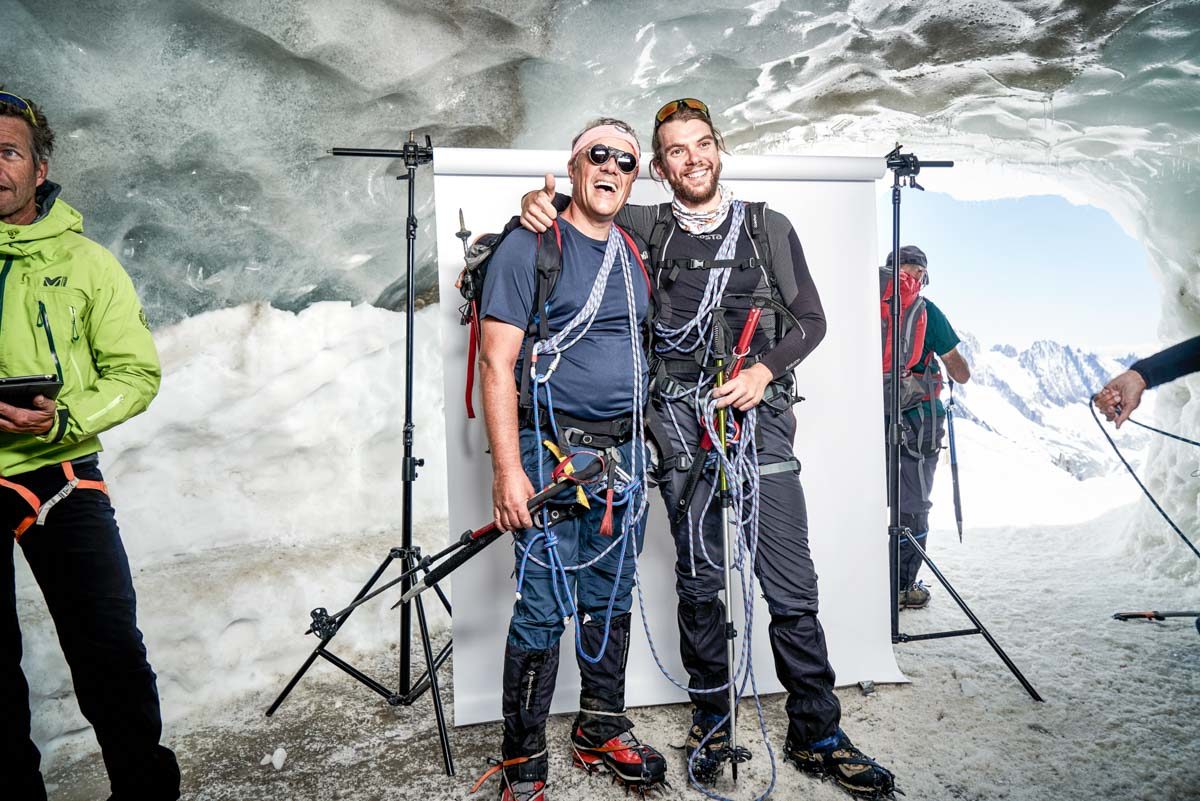 People are no longer going out of their way to brag about how rad a line they skied but instead are sharing their experiences with their peers, their colleagues, and new-found friends who may or may not have the same levels of experience. It’s become something of a collective love for the mountains that has brought people together.

Risk, according to Stian, is ever present, but it’s how we manage that risk that is important. He has spoken extensively on managing risk and has a deep passion for educating people on the dangers of being in the mountains. Chamonix is a special place, filled with quirky characters and a deep, long history of respecting the mountains. That history is now something all can share and shape for the future. That shared passion is fairly simple, too. It’s about skiing and climbing and being out there in one of the most dramatic and spectacular places on the planet. Seeing that experience being shared between everyone is something beautiful.