Words by Will Gadd with photos courtesy of Reel Water Productions

There’s a scene in Frozen Titans where I am clearly really messed up. I’d pushed too hard for too long in horrible conditions, and entered into a sort of mental physical trash compactor zone where my options are decreasing with every minute I spend there. I can’t form coherent sentences, my thinking is fuzzy at best, and then I drop a $500 radio into the icy abyss because I can’t even find my radio pocket. On my chest, where I’ve put my radio about 1,000 times before… When I watch that scene on my warm living room couch I’m horrified to see how messed up I am, but what really gets me is remembering that Reel Water’s David Pearson was on the other side of that shot… 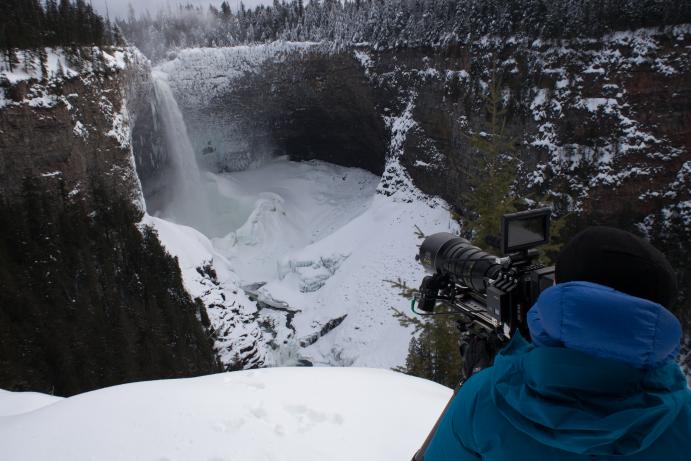 David was battling the same icy ropes, cold, and overhead icicle hazards as I was, all while toting a Red Epic camera, and keeping it and himself functional in what must be the world’s worst environment to shoot in. We were commonly working in temperatures of -25C or lower, but with the bonus of having super-cooled mist droplets freezing onto our ropes and onto us from the Helmcken Falls waterfall.

At -30 things actually improved a little bit because the mist coming off the falling water tended to freeze before it could hit us. But that made blowing snow, like being in the world’s largest snowmaker. Some days it would “snow” two feet on us, under a clear sky. 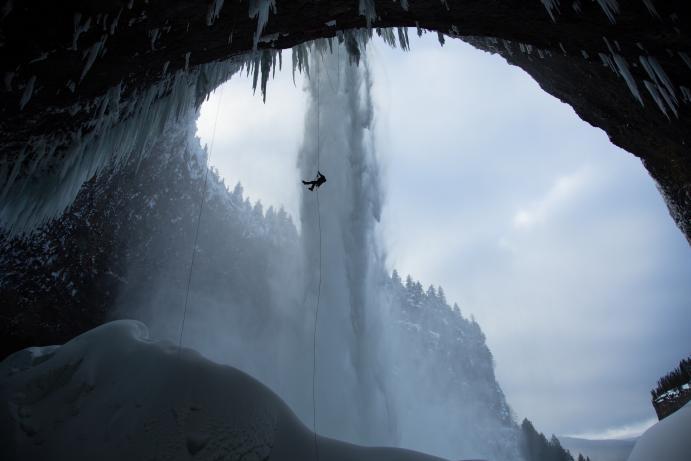 I sometimes work with “Health and Safety” supervisors on movies or other big media or presentation jobs I do. They shut the job down for things like someone not wearing the proper boots or having a reflective vest on backwards. If one of them showed up at Helmcken Falls they would shut the Reel Water film guys down before anyone even got out of their trucks–just getting into the falls is an exercise in savage risk mitigation, never mind actually jugging up the fixed ropes as a fire hydrant sprays randomly around. Unless you really, really love real adventure and film making there isn’t enough money in the world to pay someone to go through what everyone on the film went through. 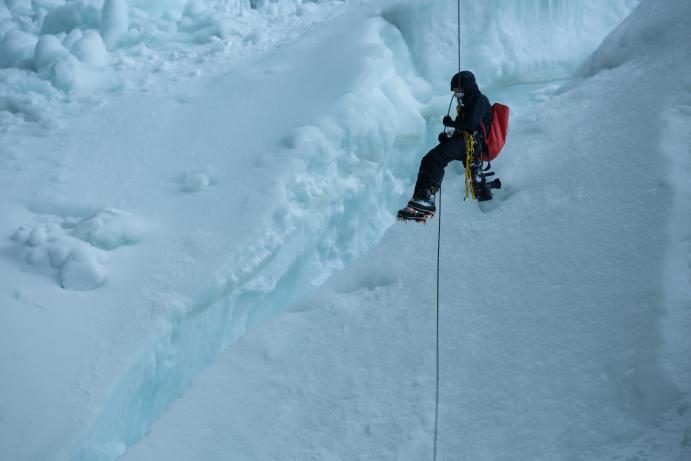 When operating in a really serious environment we all have to trust each other not only to make good safety decisions, but to truly be a team. In an environment like Helmcken we all “lifeguard” for each other; when your world is your viewfinder you may not notice that you’ve drifted directly under a giant hanging icicle that’s being bumped by your rope. We are truly interdependent and working for a common cause with everything we’ve got. If a bag needs carrying whoever can carry it does, regardless of “job description.” Tripods get picked up by climbers and cameramen, and the expectation is that everyone will bust their asses as hard as they can.

I work on a lot of different media jobs, and for me the best thing about doing adventure films is that we all truly work to the highest level we can. The maximum is the norm, not “good enough,” and being part of that level of commitment and motivation is rare in life. 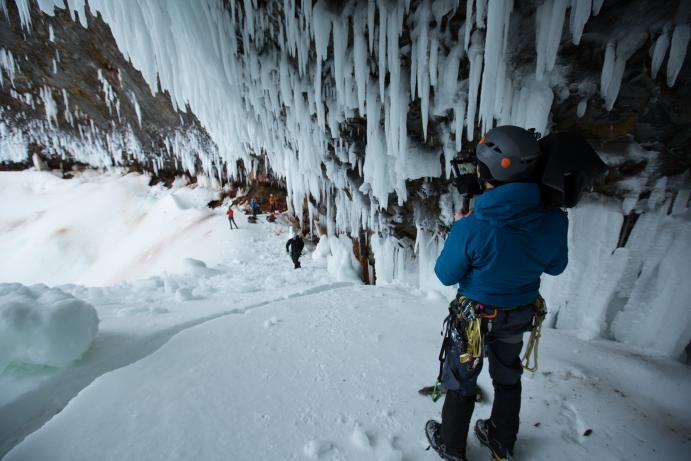 So next time you see an adventure athlete being a “hero” think about who is on the other end of the stunning shot, and what the team had to do to get it. Some of my favorite mountain memories are not just of “rad” trips, but of the friendships formed while working together to get extraordinary footage in mad places around the globe. And Dave, sorry about the radio and freezing that mic cover into the icicle…