“Every ski trip begins with the best of intentions. Pick an epic destination, coordinate your crew, pack your gear and… prepare for the trip of a lifetime. It’s a fairly simple equation.

Yet, every so often you hear stories of skiers flying across oceans or driving through a blinding snow storm for hours on end only to find terrifying avalanche conditions, sky rocketed temperatures, an impenetrable wind crust or just no snow at all. 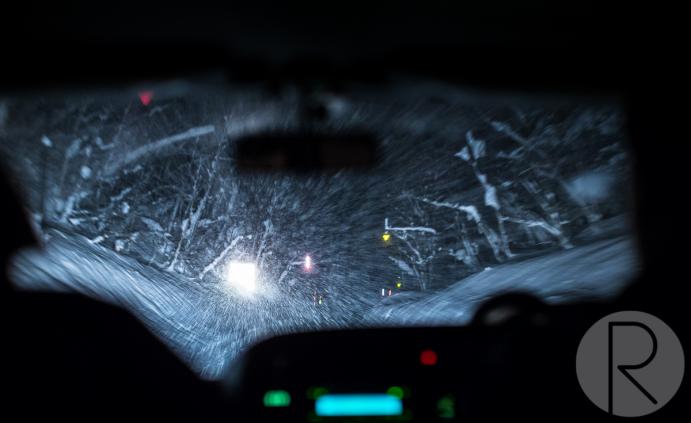 Timing is everything. And good timing, as every skier knows it, is impossible to predict. (Especially this winter.)

I have experienced this heart wrenching reality more times than I like to admit. I’ve had “dream trips” turn to dust as quickly as powder turns to crust. Frustrated by a recent string of bad luck, I quietly decided to save myself from the anxiety of it all and deemed this year; the year to stay home. Instead of obsessively seeking out exotic international locales to explore, I schemed to ski local lines I had been meaning to tick off for years and imagined filming pillow lines that I can see from my front door.

Alas, winter began and weeks came and went. There was only one ingredient missing…. Snow.

As Murphy’s Law would have it, the year of Revelstoke, is one of the worst seasons I have ever seen. With no plans to escape the melt freeze cycle I had found myself in, I was unsure of what to do.

When Arc’teryx photographer Robin O’Neill wrote saying she had a magazine article to shoot and wondered if I wanted to go explore the Japanese Alps, I questioned it momentarily… But, what if it snowed while I was away and I missed my opportunity to achieve all my objectives in my own back yard? Deep Japow shots had been clogging my social media feeds for weeks. My arm was twisted. I couldn’t imagine a better place to fulfil my craving for some snow, try out some new gear and get some work done than with Robin in Japan.

It was almost a year to the day Robin and I left for our first trip to Japan. We were on assignment for Kootenay Mountain Culture Magazine, and had hoped to visit the Japanese Alps near Nagano that we had heard so much about. Weather led us further north to Hokkaido, where we spent three weeks exploring and breaking trail through waist deep powder and skiing to our hearts content. 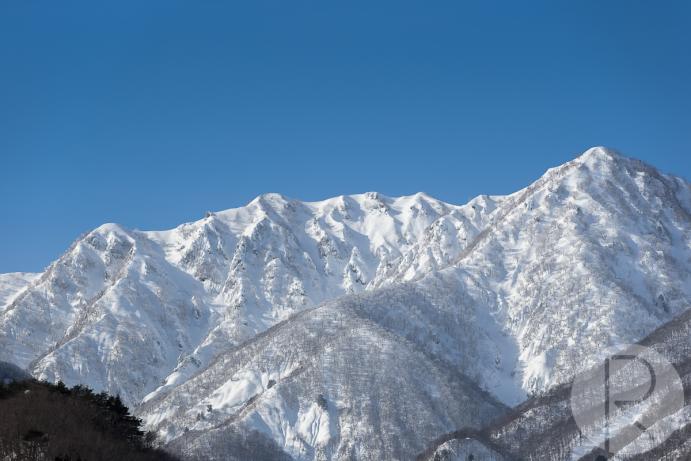 The trip was amazing, but still the fabled spines of the Japanese Alps lingered in my mind. I had heard stories of Alaska-esque terrain and steep alpine lines blanketed in deep powder, forests alive with mountain goats and monkeys and huts serving steaming bowls of noodles halfway down the mountain. It sounded like an enchanted, powder skiing paradise. 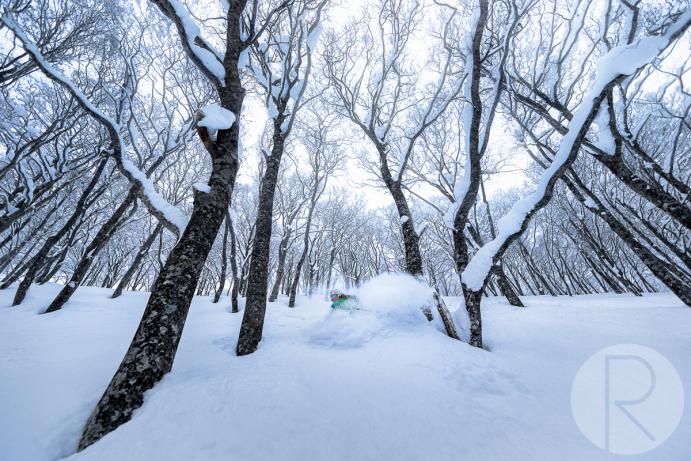 We navigated our way from Tokyo to Hakuba in the Nagano Prefecture, where we welcomed by ten foot tall snowbanks and snowflakes lightly falling from the sky. Our first day was spent touring off the jet lag just off of a resort called Tsugaike to a ridge that rolled over into long steep lines to a valley below. Lapping the steep, powdery chutes, I was giddy. All it took was one turn and all of my worries about travel across the world to find a winter gone awry were gone. By the end of the first day what had been lightly falling snow in the morning, transformed into a full-on apocalyptic blizzard. Another nearby resort called Cortina was recommended to us as the best spot for heavy storm skiing. The snow was unrelenting, 40cm fell the following day, and another 20cm the day after that.

I couldn’t wipe the smile off my face. Each day we raced the clock to see how many runs we could get in, lap after lap and day after day, the snow just got deeper. Days of storm skiing with an amazing crew were followed by evenings of amazing Japanese cuisine, and relaxing onsens. 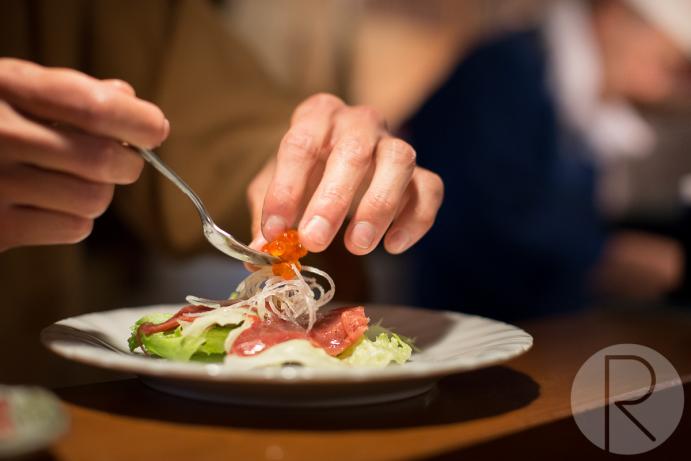 Finally, almost a week in, we rose to the unfamiliar sight of sunshine streaming through the windows. Good visibility meant it was our chance to check the “Japalaskan” spines we had all heard about. A gondola and a short ride up a double chair got us to the top of a nearby resort. Skinning up the ridgeline revealed a horseshoe shaped basin layered with chutes, spines, and perfectly spaced trees right in front of us. Beyond were massive peaks and enormous couloirs, covered in deep, untracked, light powder. Besides a few friendly snowshoers and snowbladers on the up track, we had this playground to ourselves for the following week. 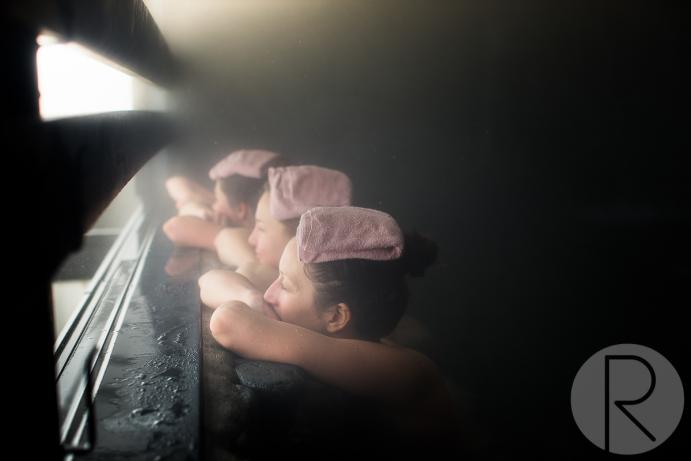 We capped off the trip with three more days of storm skiing back at Cortina before travelled home exhausted, but energized from another incredible experience during our two and a half weeks of epic skiing in Japan. It was truly a dream trip, complete with amazing conditions, exposure to a beautiful culture and great company.

As I drove back into interior BC and looked up at some of the lines that I had hoped to ski this year, I noticed the rocks and glistening crust just as much as when I left and I thought… Sometimes the best plan is no plan at all. When powder, good friends and an adventure calls, you better be there to answer”.